Criminal London: A Sightseer’s Guide to the Capital of Crime

Traversing Centuries of Villainy: A new guide to scenes of crime in London 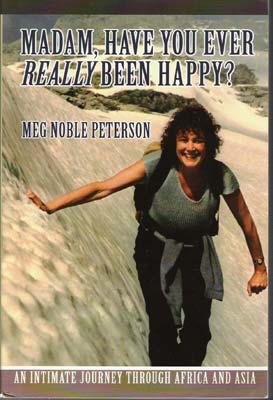 Are you a traveller who is intrigued by crime and mystery? Does visiting former hangouts of crooks or crime scenes sound more appealing than typical tourist sightseeing? Then Criminal London may just be the book for you!

Criminal London is a guidebook for London’s darker side– the hidden world of murders, thefts, and mysteries that exists throughout the city. The book includes over one hundred-twenty locations related to crime, such as locations where murders were committed, houses that sheltered famous criminals, or even real-world sites of famous fictional crimes. (What tour of criminal London would be complete without a mention of Sherlock Holmes?)

Each chapter, which is dedicated to a specific region of the city, contains a city map with plotted points marking every location. The authors list each location, and include a brief historical summary of the event that caused the site to earn its place in the guidebook. The authors also contain useful travel information such as visiting hours, ticket prices, and contact numbers, if applicable.

The book also contains three “walk” routes that connect multiple stops of the same theme. Visitors can walk the trail of Jack the Ripper, tour the former territory of the Kray brother gangsters, and see the real-world locations of the fictional Sherlock Holmes stories.

Criminal London is written by Sunday Times bestselling author Kris Hollington and his wife Nina. Crime is a topic that Kris has written about frequently, as his career as a freelance journalist involved writing on topics such as“mass murder, assassination, armed robbery, drug smuggling, art theft and police corruption.”

Walk: Jack the Ripper
The first site selected from Criminal London is the Jack the Ripper walk. One of the most notorious murderers of London’s history, he was primarily active in the area around what was known as Whitechapel. Today, many buildings from his day still stand, and are included on the Jack the Ripper “walk.”

The walk begins at Whitechapel Tube station and ends at Liverpool Street station. Along the way, visitors can stop by the Royal Hospital Museum, or Ten Bells Pub. The distance of the walk is about 5 miles, and the estimated duration is two-and-a-half hours.

The Royal Hospital Museum, which is affiliated with the Royal London Hospital of Jack the Ripper’s day, is open Tuesday to Friday from 10am-4:30pm. Inside is displayed a significant and mysterious artifact from the years of the murders: a letter written to the hospital in 1888 mailed along with a kidney from Jack the Ripper’s third victim.

The letter reads, “i wil be on the job soon and will send you another bit of innerds. Jack the Ripper.” This letter was the first known use of the nickname Jack the Ripper, and even though it has been argued to be a fake, is still regarded as an interesting artifact connected to London’s mysterious criminal.

The Ten Bells Pub is also still in operation, and visitors can enjoy a drink and check out the pub’s Jack the Ripper display. The pub was a popular hangout in Jack the Ripper’s time, and housed his final victim the night before she was murdered.

The Tower of London has been a royal building for the last thousand years and has served as a prison, palace, and place of execution. Some famous criminals that have been imprisoned here include the Kray brothers, possibly London’s most famous gangsters, and Guy Fawkes, who tried to blow up the parliament house in 1605. Some other famous prisoners were Elizabeth I, the first two wives of Henry the VIII, and William Wallace.

The Tower of London, which houses the Crown Jewels, was also the site of an amusing burglary. In 1671 an Irishman by the name of Colonel Blood stole the crown by knocking out the keeper he befriended. However, he was caught before he could leave. But instead of paying a high price for his crimes, his wit and stubbornness to only answer to the king impressed the monarch. The king pardoned him and gave him lands in Ireland.

The walk begins at Baker Street Tube station, and finishes at Tottenham Court Road Tube station. It is an eight mile journey that takes about four hours to walk, but it can be split into two four mile walks.

Stops include the Sherlock Holmes Museum, streets mentioned by name in Sherlock’s adventures such as Bentinck and Oxford, and the Langham Hotel where Sir Arthur Conan Doyle stayed and met author Oscar Wilde.

Out of all the stops on the walk, the Sherlock Holmes Museum is the site that is most related to Sherlock Holmes. Devoted entirely to London’s beloved detective, the museum includes a replica of Watson and Holmes’ apartment, a Mrs. Hudson’s Restaurant, and artifacts such as original manuscripts, photographs, and fan letters written to Sherlock.

Visitors should know that if they plan on visiting the museum’s Sherlock Holmes Collection, it is by appointment only. The contact number is 0207 641 1206, and the web address is www.westminster.gov.uk/services/libraries/special/sherlock.

Joe Orton, an award-winning English playwright, was found dead in this flat on August 9, 1967. His body was lying in bed, with the murder weapon, a hammer, lying on his chest. He had been killed by his lover, Kenneth Halliwell, after Halliwell discovered that Orton was planning on breaking off their relationship.

The Hollington’s attribute Orton’s time in prison to sparking his creativity, for his award-winning plays Entertaining Mr Sloane, and Loot came into being after this experience. However, as he grew more famous, Halliwell was said to have grown more and more depressed. These troubles are believed to have been what led to the murder of Orton and his subsequent suicide.

This site in South London is not only a location connected to a chilling murder, but was also a site connected to the start of modern forensic practices. In 1924, the wife of Patrick Mahon became suspicious of her husband’s long absences and assumed he was having an affair. When she found a ticket for Waterloo Station’s left luggage locker in his dresser drawer, she travelled to the station to investigate.

When she opened the locker, however, she discovered clothing items and a kitchen knife covered in blood. It was discovered that Patrick Mahon did indeed have a mistress, but this woman was his murder victim as well as lover. Police investigated a bungalow in which he resided and discovered “a butcher shop of human flesh.”

At the crime scene, when a doctor noticed that the police were picking up the remains with their bare hands, he created a “murder bag” containing equipment for a more hygienic handling of the crime scene. The kit included rubber gloves, a magnifying glass, and bags for evidence.

In the year 2000, De Beers announced the display of their Millennium Diamond Collection –eleven blue diamonds surrounding a 203.04-carat jewel — in the Millennium Dome’s Money Zone. The tent in which the diamonds were being kept was guarded poorly, which appeared to be the perfect opportunity for a gang of thieves.

At 9:30am on November 7, 2000, a JCB crashed through a gate to the north entrance. Their plan was to break the security glass with a nail gun and sledgehammer, use smoke grenades to deter onlookers, and then escape across the Thames on a speedboat that was waiting for them.

However, the heist was unsuccessful, as the crowd turned out to be one hundred police officers lying in wait, and the diamonds themselves were actually fakes.

Old Scotland Yard
Scotland yard– the misleading name for London’s place to take criminals. The term comes from its original purpose as a residence for Scottish kings, and the name stuck after it became the house for the Metropolitan Police. The Metropolitan Police were originally formed in response to the gang problem that had overrun London.

This particular building was only referred to as Scotland Yard between 1829-1890. When the police changed their location, the nickname moved with them. The building still stands at Great Scotlnd Yard, SW1, and can be accessed through Charing Cross Station.

For more great locations, or more details about visitation or location of these sites, consult Criminal London. This guidebook is all that is needed for a complete tour of the criminal side of London. Check it out! 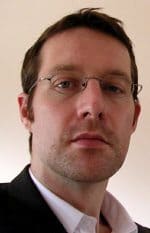 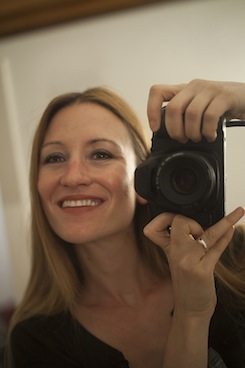 Kris Hollington is a Sunday Times bestselling author, ghost-writer and freelance journalist living and working in London. Nina Hollington, Kris’ wife, is a London-based photographer. Nina is currently working on a series of portraits for another book project, In Praise of Older Women.