Ghana: Going Down a Gold Mine in Obuasi

A Gold Mine Tour in Ghana

Nerves were starting to get the better of some members of the group. The excitement that we had felt when putting on our protective gear was melting away. Toes were wriggled in our heavy boots and we adjusted and readjusted our hard hats. Oxygen packs were strapped around our waists and they felt awkward and heavy.

The guide went through how to extract the oxygen bag and how to secure the mask. There would be thirty minutes of oxygen, he added, plenty enough time for someone to rescue us. We weren’t convinced. Thirty minutes didn’t seem like very long at all.

We were at the top of the deepest shaft at AngloGold Ashanti’s mine at Obuasi. As we swiped our passes through the heavy turnstiles and waited for the lift to come up to the surface, lights were clipped onto our hats and tested, the power packs adding even more weight to our belts.

Around us was a plethora of signs emphasizing environmental consciousness and personal safety. The job must go, one said, but not at the expense of your life. Another showed a sad, theatrical face next to the word horseplay.

Going down the Mine Shaft

With a clank, it arrived and we filed into the lift, shuffling up to fit everyone in, testing our lights and joking about what was about to happen in a futile attempt to disguise our unease. We were already one short; someone had baled and opted to take the surface tour instead.

As we passed the first few levels, we fell silent. The lift took us steadily downwards and we popped our ears as the pressure changed.

At level 26, we stopped and headed into the waiting area, a makeshift airlock created by two uneven and not at all airtight wooden doors. We were 2600 feet below the surface and about to explore the mine. I became acutely aware of my heartbeat.

Level 26, halfway down. Visitors are taken down in the lift to level 26, which is at 2600 feet (792 meters) below the surface. On either side of this shaft are huge ventilation shafts; massive fans draw air from the atmosphere to ventilate the mine and reduce the risk of potentially fatal build-ups of toxic gases below the surface.

A group of three miners, faces grubby but smiles pure white, waved cheerily at us as we began to pick our way along the underground tracks into the mine. The floor was uneven, but the tunnels wide enough to fit three abreast. With sufficient headroom for even the tallest of the group, a 6’3″ Canadian, the tunnel felt less claustrophobic than many of us had imagined.

We stood out from the miners, us dressed in blue overalls contrasting to their orange. Many of them carried bags – this was shift change and some of the men had been underground for eight hours, though the posted schedule at the pit head suggested four was normal.

We were asked to stand aside as the tunnel opened up to reveal a terrifyingly sheer drop on one side. A train carrying six wagons squealed as its metal wheels scraped along the rails. As the driver pulled forward, the right-hand side of the wagon ran up the unloading rail and tipped at a forty-five-degree angle.

A Wagon of Ore

The noise was deafening as the wagon’s load of ore crashed down into the pit below, ready to be crushed by a mechanical digger. Job done, the driver reversed the way he had come and we continued to pick our way carefully along the tunnel towards the maintenance section.

It was warm inside the tunnel. Even after just half an hour underground, with bottles of water in our pockets, we were starting to flag. The lowest level at this shaft, the deepest of the four currently open, was at level 52, where we were told the temperature was considerably higher.

It was likely that the shaft would be dug even deeper. A new seam of gold-bearing rock had recently been identified and it was hoped that this would secure the mine’s future. Economically, it couldn’t have come at a better time. Flooding had closed the mine for two weeks last year and decimated profits.

In the workshop, we were shown various pieces of equipment that were used to repair the underground trains. This workshop was a popular place to work as it was air-conditioned.

Outside, we were asked to inspect the roof of the tunnel. Wire mesh protected against minor rockfalls but didn’t look like it would help in any major incident. A rat scuttled between the mesh before scurrying into a large crack. I tried not to think about how many other rats there were down here…

Meeting the Miners in Ghana

More trains. More tunnels. The working miners broke their shift to greet us. We asked them about the mine. It was a good place to work, they agreed, paying the best wages in Obuasi. Everyone wanted to work here. A miner started on 500 cedis for a month’s work, but that figure could rise to almost double that.

You would be lucky to earn 300 cedis a month doing other jobs in the area. I worked it out. 500 cedis equated to around £200 a month. With over half of Ghana’s population employed in agriculture, the average GDP per capita was around £1000 per annum.

Conditions seemed alright here at level 26, but we were starting to notice the dust already and I wondered how the life expectancy compared to Ghana’s average. But with families to feed, that consideration was less important.

Later, back at the hotel, I spoke to a group of five South African engineers, employed by AngloGold, the parent company, to visit the mines and troubleshoot. They were in town for a while to fix the winding mechanism that pulled equipment to the surface.

Their work took them all over Africa, to places like Zambia and Tanzania as well as to Ghana. They enjoyed coming to Ghana, they said, as the Ashanti employees worked hard and the welcome always included plenty of cold Star beers.

One of them, the foreman, had consumed plenty of drink already. He was missing a finger on his left hand. “I love my job,” he enthused with the gusto of a drunk, waving the three remaining fingers in the air to emphasize his point. “If the company rings me and says we need you in Zambia, then I am on the next plane.”

His companion, the eldest and calmest, was more reflective. It could be a lonely job, he pointed out, away from your family, but the team he managed was strong and close-knit which made the evenings less tough. When I told them I’d enjoyed the tour, the foreman laughed. “You paid to go down the mine.” He paused for emphasis. “They pay US to go down the mine.”

He chuckled at his joke before repeating it twice more. One thing was certain. They were proud of their company. I have the calendar, notepad, keyring and two pens to prove it.

I stayed at the Coconut Grove Miner’s Lodge in Obuasi, about two to three hours by taxi or bus from Kumasi, depending on roadworks. Visiting miners from the parent company Anglo-Gold often stay here and make useful contacts if you have trouble organizing a tour. The Lodge can arrange a tour for you.

To get on a tour, you need to check in with Anglo-Gold’s reception in the centre of Obuasi; it’s not well-signed but it’s opposite the supermarket by the roundabout in the center of town and most taxi drivers know it.

You technically need your own transport to get into the mine area itself and taxis are not allowed, but reception should be able to pop you into a visiting tour bus if you visit under your own steam. Recently, they also created a Facebook page, Obuasi MINE Tour- AngloGold Ashanti, and they may allow bookings via the page.

Tours are surface or underground; wellington boots and blue overalls are provided, as are oxygen packs, hard hats and torches. Occasionally underground tours are suspended, though ground tours usually continue running even if this is the case. 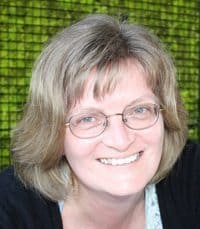 Julia Hammondis a geography teacher who has traveled to 100 countries during her school holidays. Travel writing is a hobby but is increasingly addictive. I live in much misunderstood Essex, UK, with my partner and two golden retrievers.Visit her website.