At 4:30 am, Cynthia peers into the darkness from her rented apartment in Barcelona and looks down the street to where they must grab the cab.

During Cynthia’s three-city tour of Amsterdam, Paris, and Barcelona, the last thing she wanted to run into was a robber attempting to steal her belongings. It was the last leg of their travels for Cynthia and her husband before they returned to Los Angeles.

Instincts tell her this walk might not be the safest option, but they commence anyway.

Listen to Your Gut

During their walk, a man rode by them on a bicycle. Immediately, Cynthia, had a gut feeling that this might turn into some terrible fiasco. As she clutched her purse, the man still successfully cut the strap and tore it out of her grip.

However, in their haste to run after the thief, they abandoned their other luggage and left it open to whoever might be in on it as well.

Sure enough, as they returned to their abandoned pile of belongings, a girl was seen trying to haul off the large suitcase.

“When I realized my husband had dropped his backpack and that we had abandoned our luggage, I ran back; my only good move of that morning,” Cynthia says.

Trying to Steal the Suitcase

“A girl was trying to haul my husband’s huge suitcase and made it about 100 yards and dropped it, realizing there was no way she could quickly get away with it in tow. I had already snatched up my husband’s backpack with all of our money, tickets and his passport, as well as my luggage.”

This is only one account of the many muggings that occur throughout Barcelona. Like all major cities, muggings can happen at any time, anywhere in the world.

Barcelona is a beautiful city and although muggings happen, it should not discourage travelers from exploring that area. Instead, we need to be more cautious, aware, but not paranoid.

Cynthia talks about her experience in her blog and gives helpful advice for those planning to travel to big cities such as Barcelona.

All of Cynthia’s travel belongings were stolen including some of her electronic gadgets and her passport. Luckily her husband still had his passport and all of his belongings. However, that meant that Cynthia had to stay behind and figure out how to obtain her passport in order to enter back into the U.S.

After she immediately cancels all of her credit cards and her husband leaves for his layover in London, she begins to make a list of every step she needs to take in order to get home. Knowing that she was stuck for a few days, she chose the closest hotel to the airport named the Renaissance Barcelona Airport Hotel which was only a mile away.

While there, she had to show proof of a passport in order to stay. By this point, anyone might be on the verge of a breakdown, but not Cynthia. Before leaving for her tour, she scanned her passport and emailed it to herself; allowing easy access. She easily obtained it in the business center of the hotel.

Her husband also left her an extra cell phone so she could contact him and tell him to fax a copy of his credit card. These steps that were taken prior to leaving for the three city vacation ended up saving Cynthia time and a load of unwanted effort.

The American Consulate in Barcelona

Cynthia awoke bright and early the next morning to get to the American Consulate to obtain her new passport. Upon arrival, she was met with numerous other American travelers who had experienced the same dilemma that Cynthia had gone through.

She says in her blog, “I have to say it infuriated me to think that the numb-nuts who are doing this are the 17- to 23-year-old kids that find it a big game. It used to be the older muggers you had to keep an eye out for, they still frequent the mass transit areas, but that scene has diminished over the years.”

Cynthia had received prompt attention to her case and a passport was burned for her in approximately one hour. The American Consulate had a passport photo booth on the grounds so that none of the travelers had to leave the area.

Because Cynthia had a print-out copy of her passport and a police report of the incident, the process was a bit faster than it would have been if she had nothing on her. But despite that, she was very pleased with the way she was received at the American Consulate as well as the Renaissance Hotel.

Above All, Remain Calm

There are instances in which you may have to deal with people or instances which don’t turn out in your favor. Cynthia ended up paying a $500 fee to British Airways to change her ticket and was not pleased with this or the people helping her.

She makes it very clear: “The best thing I can say is to stay calm and appreciative, you can give them the evil eye, or the finger, or whatever you choose AFTER they have given you what you need.” As soon as she obtained all her materials, she hopped onto a plane and returned home; safe and with all her belongings this time.

How to Prevent This from Happening to You

As stated before, robbers and criminals are scattered all over and it is important to be smart about your travels. I also learned first-hand how careful you have to be when my wallet got stolen while I was in France.

Tourists are often targeted because of their vulnerability in a new country. Blending in as much as possible may lower your chances of being singled out. In an online Europe Forum one writer shares a good method:

My advice to the girls was this – on the Metro/Subway, keep your head down and don’t talk (alerting others of your tourist status), act as if this is your umpteenth time on your daily commute – look bored.

It worked. We had an amazing time in both cities with no problems. I would go back in a heartbeat – as would the girls.”

Muggings should never discourage travelers from continuing to explore. If this sort of thing happens to you, remember that it is not the end of the world. There are steps to solving the problem and you will make it home.

3. Your passport should always be in a passport belt under your clothes.

4. Stay as close together as possible if you’re in a vulnerable position.

5. Have your passport scanned and emailed to your e-mail account (other ID and tickets are helpful as well).

7. Have a trusted contact at home who has all your travel and credit card/bank info, etc. If you have been robbed of everything, this will give you the ability to have to make only one call home to get things sorted out.

8. If possible, find a hotel that is a well-known international chain that will work with you.

9. Organize yourself as soon as you can. Do not take the time to fall apart until you’re safe.

10. Know where your consulate is in all of the countries in which you are traveling. I lucked out with a very helpful tourist information person.

11. Stash some cash separately from your purse or wallet.

12. Remain calm and polite; this isn’t your country, and they know it. Your frustration can be delivered in the form of a letter from your home computer upon your return! 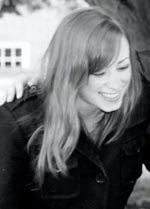 Jennifer Bellenoit graduated from the University of Massachusetts in May 2009, was a GoNOMAD intern, and is now a recruitment manager at Harvard University in Cambridge, MA.