Scicli: A Small Town on a Stunning Island

Conoscere — Getting to Know Sicily and the Little Town of Scicli

Michelangelo was puzzled. Standing at the Bar Etna on the Via Nazionale in the little town of Scicli, he asked us, “Ma perche?  Perche Scicli?”

Why Scicli?  Excellent question. It was March, a month before the tourist season would overrun this charming white-stoned Baroque town in Southeast Sicily, Italy.

My wife and I were the only Americans in Scicli, the only non-Italian tourists at all. So why had we chosen Scicli, a town whose name looks like a typo of Sicily itself?

It was a long story but Michelangelo, a 52-year-old painter had already told us about his own travels, his kids, his love of Harley-Davidson, and other American icons. He seemed to have the time.

Gripped by winter, scanning the globe in search of early spring, Julie and I had ruled out the usual suspects.  Florida still reeked of that damn virus. The Caribbean? Neither of us are beachcombers. As for Central America, we’d “been there, done that” as Peace Corps volunteers. So we turned to the Mediterranean.

Mild Mediterranean climates are celebrated from Southern California to Israel, but where to go? Spain’s Costa del Sol?  Portugal’s Algarve? Some Greek island? The final decision was suggested by a 70-degree Christmas I spent years ago in Sicily.

We chose Sicily for warmth and sun. The joke was on us because, as our Sicilian neighbor Annetta told us, March in Sicily is pazzo. Crazy. One day sun and sixties, another few days overcast and blustery. And almost every day, gusty winds. But even though the weather was iffy, Sicily did not disappoint, because instead of just touring the island, we decided to pick one town and live there — for a month.

Discovering Scicli — (Not a typo)

Searching for a base in Sicily, we were awash in blue. Though the island is a fascinating mix of treasures, from Greek ruins to Roman villas, the tourism here is based on beaches.

In each online lodging, the blue of swimming pools and Mediterranean surf leaps off the screen. But March seemed an unlikely time to swim, so we looked slightly inland. There we discovered Scicli.

Now a town of 25,000, Scicli dates to 300 BCE when it was founded by the Sicels who gave their name to the town and to Sicily itself. But Europeans only discovered Scicli in 1999 when the detective series “Montalbano” began using its gorgeous off-white facades as a backdrop.

Real estate prices soared. Galleries and restaurants opened. Yet Scicli retained its roots, as deep as the caves on adjacent cliffs where a few families still lived until the 1950s.

Strolling through Scicli, we found the Italy we’d dreamed of but far from the maddening crowds of Catania or Palermo. The town has plenty of ornate churches and marbled piazzas, but it also has a distinction. Scicli is one of eight towns in the Val de Noto honored by UNESCO in 2002 as a World Heritage site. Each town owes its style to an earthquake.

It must have been a killer quake — 7.0 or higher — that crumbled in Southeastern Sicily in 1693. Rising from the rubble, ancient towns like Modica, Ragusa, and Caltagirone rebuilt themselves in the ambient Baroque style, using volcanic stones known as tufa.

These pock-marked cubes, in sidewalks, steps, and buildings, offset by gargoyles and wrought iron, give Scicli and its neighbors a lovely coherence.

If Rome wasn’t built in a day, these eight towns seem as if they were. And nestled into our BnB, itself built into one of the caves that surround Scicli, we hardly wanted to leave our base. After day trips to Siracusa and Taormina, we were delighted to come “home.”

But what kind of travelers are we? To go all that way to sit in the same AirBnB for a month? Veteran vagabond that I am, I was skeptical when Julie suggested it but I soon saw the merits in getting to know one place rather than skimming over several.

The Italians have a word for it — conoscere.  In contrast to sapere — to know some dry fact — conoscere means to know personally. It’s a good word for seasoned travelers to learn.

Because rather than get up and hit the road, we awoke each morning, as if in some Italian “Groundhog Day,” to hear the same dogs barking, the same shouts of neighbors on the Via Gargano.

Stepping outside, we saw the triple-domed church of Santa Maria la Nova, and gawked at the ruins on the cliff overhead. Soon, with my struggling Italian and Julie’s gift for sparking conversations, we began our conoscere.

As we came to know Scicli, story by story, I recalled a public service announcement that ran on TV years ago. An Italian tourist is lost in Manhattan. He doesn’t speak English, and can’t find his way anywhere.

Most New Yorkers shrug off his pleas for help but one woman stops. She speaks a little Italian. She helps him, then walks on with a grazie as her only reward. The voiceover:  “One Italian tourist’s most memorable American experience might be you.”

Just by hunkering down, asking simple questions, struggling with Italian and broken English, anyone can have Sicilian experiences more memorable than Taormina.

Our first was Ornella, the spunky, red-haired lady next door who was born in that little house sixty years ago. We soon met her husband Giovanni, short, bald, smiling, who each morning revved his moto — a Ferrari! — and roared off to work.

A few days later, we Americans were spotted by Annetta just down the Via Gargano.

She, too, was born on this cobblestone lane — eighty years ago. She proudly told us of her family spread from Provence to Istanbul. But her coffee-stained smile stopped when her husband, walking with two canes, gingerly stepped outside. Parkinson’s, she explained before she left to help him back inside.

As our first week led to a second, we went deeper into Scicli, beyond the same cats on the same steps, the same old men pacing the same striking piazzas.

We hiked up winding paths to abandoned churches, to those ruins above us, and to a convent overlooking the town. Back on the streets, we returned to the same kiosk on the Piazza d’Italia. There, manning the espresso machine, we met the affable Damiano.

Curious about America, he opened up, showing us the photo of his new wife, Julia, on the kiosk wall. Then one afternoon when another macchiato was in order, Julia showed up at the kiosk and the handsome couple stepped out of their wedding photo.

Another Day, Another Julia

Toward the end of Week Two, behind the counter of a small shop near the Corso Mazzini, we met another Julia.  After our train to Catania never showed up, the search for bus tickets took us to her.

Americans, we said, and Julia’s face lit up.  “Ah, America, my dream.”  Seems Julia spoke “a leetle English-ah” and could tell us her story. How at age nineteen, in love with travel, she lived in London for six months. But illness sent her home and now she’s stuck behind this counter, dreaming on.

We visited Julia several times, learning more about her, her boyfriend Mario, his children, and their lives. Then Mario showed up one afternoon and showed us phone photos of the immaculate stone walls he makes to make a living.

And on we went, getting to know Scicli — personally.

You don’t really know a place, New Yorker writer Ian Frazier noted, until you’ve been bored there. And Sundays in Scicli, when everything but church is closed, were a little boring. So one windy Sunday afternoon, we walked to the cemetery, a short hike across town.

Strolling past the stacked marble vaults and ornate mausolea, we absorbed names and dates but also faces. Most Italian tombstones have a photo of the deceased, staring sadly out of the past. But saddest of all were a dozen graves labeled simply “Immigrato” — immigrant. Each had the same date — 18 Novembre, 2005.  Ma cosa vuol dire? What did it mean?

Back in town the next day, we learned the story from Fabrizia, who runs a clothing store on the Via Nazionale. The immigrants just keep coming from Africa, she said. She’s not racist but. . .  There is no work for them here, no future. Some stay but most move north, bound for Paris or Berlin. Then one November day, a boat sank. Bodies washed up. A few Novembers ago, Fabrizia told us, Scicli held a memorial for the dead. Much of the town turned out.

No visit to Italy would be complete without food, and il cibo was a portal into even more lives.

At Giannone Pasticceria on the Corso Garibaldi we sampled cassatta, the ultra-sweet Sicilian tort made of frozen ricotta and fondant shaped into a dome with a cherry on top. Too sweet for us, but behind the counter, we met the dark-haired Genoveffa who told us how she left law school to help run the family business.

We visited Genoveffa again and again, talking about culture, Italian idioms, and her children’s favorite pastries. My wife appreciated her enthusiasm and I had kind of a crush on her. I think Julie had a crush on Damiano so we were even.

Over dinner one Friday night we met Marco, an older man helping his nephew run a restaurant near one of Montalbano’s favorite backdrops, the imposing Baroque City Hall fronting the Piazza Municipio.

When Marco served me Ravioli Seppie, blackened with squid ink, he joked about “black and white.” He was no fan of Juventus, the Italian soccer team with black and white striped jerseys.

Since I am a Juve fan, I carefully streaked the sauce of my empty plate into black and white stripes and left him with a “Forza Juve!” call. His delight was evident even through his mask.

We left Sicily with so many Italian “experiences.” Sure, there was Etna, Europe’s tallest active volcano where we hiked on black rock paths in snow and wind.

And the fabulous Greek theater at Siracusa. And the white-capped sea below Taormina towering on its perch. But there was also Julia, the first and the second. And neighbors Ornella and Giovanni, Annetta and her husband. And Damiano and Marco and Genoveffa. Face by face, story by story, they added up to a little town that, for a  month anyway, was our town. 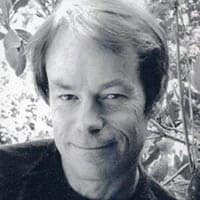 Bruce Watson is the editor of The Attic, for a kinder, cooler America. He lives in Montague, Massachusetts, and is the author of many non-fiction books, including Freedom Summer and others.