7 Interesting Facts About The Gulf Of Mexico

The Gulf of Mexico Has Surprises, Shipwrecks and Pristine Beaches to Explore

Flanked by Mexico, Cuba, and various US states, the Gulf of Mexico is a fascinating and breathtaking body of water. Surrounded by pristine beaches, the Gulf is a biodiversity hotspot steeped in history.

Whether you’re a history buff interested in shipwrecks, a keen whale spotter, or a coral enthusiast looking for the dive of your life – the Gulf is the place to be.

One Of The Biggest And Oldest Bodies Of Water

You probably know that the Gulf is huge and pretty old. You might not know that it’s one of the largest and oldest bodies of water on the planet.  The Gulf we now know and love is 1.6 million square kilometers of water – bigger than the Arabian Sea.

It is estimated to be a whopping 300 million years old and is speculated to have formed in the late Triassic period.

Millions of years ago, it was a part of Pangea, the supercontinent. Geological forces caused the base of the land to slowly sink downwards. Once this was below sea level, water rushed in and pushed the land down even further. Thus, the Gulf of Mexico was born.

Home To Many Shipwrecks

The Gulf of Mexico is famed for being home to many shipwrecks. We’re talking an estimated 4,000 wrecks – old and new, with only 750 having been discovered.

One of the oldest shipwrecks is thought to be approximately 200 years old and was discovered 4000 feet beneath the surface of the Gulf. Luckily, many sites are reachable, due to much of the Gulf lying over 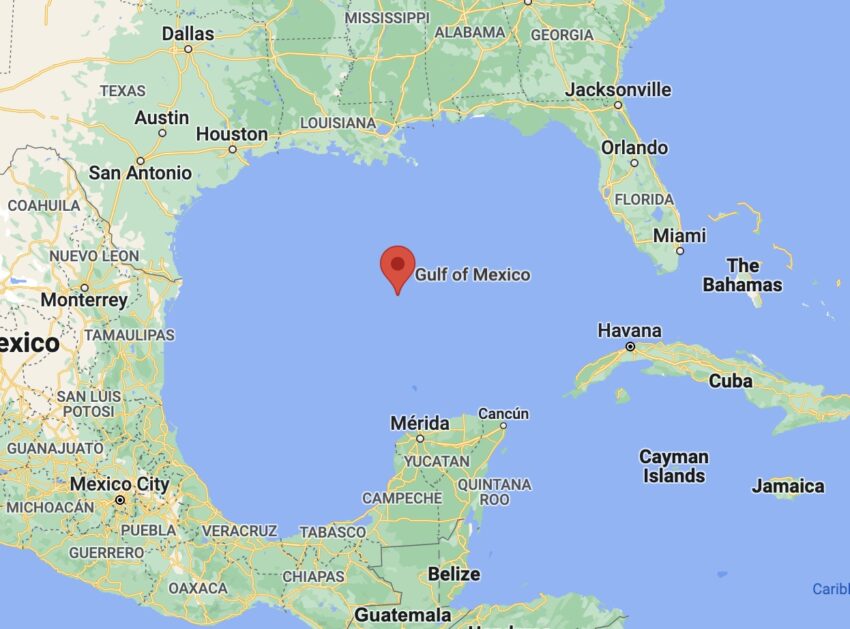 An Incredible Variety Of Marine Life

From coral to sharks – the Gulf of Mexico has it all. The diversity of marine flora and fauna in the Gulf makes it a stunning place to explore. Common plantlife you may come across include seagrass and mangrove environments. These are spawning locations for various fish, and provide a rich source of food.

There is no better way to explore these waters than by boat. Rent a boat in Naples, grab your sunglasses, and set sail. Keep your eyes on the water to see if you can catch sight of a West Indian manatee or a leatherback turtle.

The Gulf of Mexico is well known for its stunning beaches and incredible diving experiences. The coral reefs, teeming with life, make the Gulf a hotspot for eager divers.

The main reefs people dive at are located in the West, Florida, and Texas. These include the Yucutan, Veracruz, Middle Grounds, Keys, and Flower Garden Banks reefs.

Many tourists make their way to see these reefs each year. The vast array of fish and plant life that call the reef their home makes for a breathtakingly colorful visit.  Great diving can also be found at shipwreck sites – such as the USCG Blackthorn and the USS Mohawk.

The First Exploration In 1497

Amerigo Vespucci, a European, set sail to explore the Gulf in 1497. He sailed from the Central American coast, through the Gulf, and ended at the Straits of Florida.

In the 1500s, a number of European expeditions across the Gulf took place. Whilst some managed to cross successfully, others did not. These failed expeditions resulted in a number of shipwrecks in the Gulf waters – many of which still remain uncovered.

The Jacuzzi Of Despair

Also known as the ‘Hot Tub of Despair’ or the ‘Killer Pool’, this salt pool gets its name due to the dangers it poses for marine wildlife.

Although many bodies of water have high levels of salinity, this pool takes it to the extreme. The salinity level of this pool is almost four times higher than the surrounding levels.

Although it is believed to have formed several million years ago, it was only discovered about a decade ago. The pool lies approximately a kilometer underneath the surface of the water, near the middle of the Gulf.

The Gulf is a Crossing For Bird Migrations

Whilst sealife and plantlife are huge attractions in the Gulf of Mexico,  bird watchers shouldn’t leave their binoculars at home. The Gulf is a major crossing for all kinds of migratory birds.

One such bird is the Ruby-throated Hummingbird, which migrates to Mexico and other Central American countries. These birds mostly fly 500 miles or more over the Gulf – nonstop.

In fact, almost 2.5 million birds land in Louisiana during the migratory season. Each season, millions of birds cross the Gulf on their way to their destinations.

Kayla Gallocher lives in Cape Town, South Africa. She loves wildlife and being in the mountains! Anything to get away from the city and relax in the peace and quiet of nature