It’s banal to say it, but Russia is huge. Nestled in its magnificent and diverse landscape there are some ‘federal republics’ which are the pride of the minorities who live there.

Prominent among them is Tuva. Once part of the vast Mongolian Khanate led by Genghis Khan, this territory has never have a chance to be fully independent of the large powers around it, except for a brief and celebrated period from 1921 to 1925.

I arrived there from Khakassia, another little federal republic, but with a smaller native population. It is five hours drive from Abakan to Kyzyl, the tiny capital of Tuva.

The landscape is pretty hilly and lushly green, but not so stunning.

As soon as I entered Kyzyl’s center I saw immediately that I am not exactly in the Russian most Westerners know.

The majority of locals are more Asian-looking with very few ethnic Russian people around.

I decided to sleep in a place just 20 km from the city. I wanted to see the outskirts. It is a few sparse houses and a yurt camp.

My taxi driver’s name was Chinghis, a transliteration for Genghis. Of course.

My yurt was a real yurt. Indeed not a super fancy place to stay at all. The door was so tiny I had to bend over to get inside. But the surroundings were graceful: the two rivers, Biy and Khem, meet each other, touching the banks a few meters from me. Silence and steppe are everywhere.

The day after I went to the city to start to get a sense of the place. First of all, I went to Natsional’nyy Park.

Apparently nothing special, but otherwise I would almost have missed the chance to see the monument in the park: a symbol of the city, where it states that Tuva is the official geographical center of Asia.

Around it is a small pond with statues representing all the animals of the Chinese zodiac.

There are other statues scattered here and there. In particular, two of them caught my attention. The first is a nomad with his camel and on top of his back a dismantled yurt.

The second one represents two archers but the carving style is familiar. Getting closer, I read its plate: marble, made in Italy.

Furthermore, raising my chin I can see a big Hollywood-style script in Sanskrit. It is a Tibetan Mantra.  I will see it on many other occasions here in Tuva, written within my taxi or in a restaurant, for example.

But the real reason why I was here is to “learn” the style of singing known as ‘deep throat singing’.

Many other foreigners seek out this place for the same reason.

I decided to do something slightly different: hire a small ensemble to play traditional music with traditional instruments, and then give me a lesson.

I made an appointment at the Arts Centre where three musicians were waiting for me. Near the entrance is the statue of Kongar Ool Ondar, the most famous Tuvan deep throat singer who started to travel abroad to show the world this unique style of singing.

The ensemble played for 1 hour. The songs they played have some melodies which remind me of country and blues.

The lyrics are about three topics: love of Tuva, their beloved horses, and their wives. In this order of importance.

After their performance, it was my turn. Having a background in music, I thought it would be easier for me to master some tunes. No way. I start with the Jih, an instrument similar to our violin, but it with only two strings. Then I pass to the “steel guitar”, called chathahn again with two strings.

Finally, the singing. And I made it. To be honest I was only able to make the easiest sound in deep throat singing, a very low pitched voice. “Better than nothing,” one of the musicians told me. I would keep practicing and taking classes from them while I was there.

The Center of Kyzyl

In the evening, I strolled around the center of Kyzyl. Looking at the roof of the governmental building, a popular place for weddings, and the regional museum, I realized that gold is another constant in Kyzyl.

In front of the usual statue of Lenin with its right arm raised up pointing to the future (some Tuvans joke he is pointing to Mongolia),  there is a square where a big Buddhist prayer wheel has been placed.

The syncretism between Shamanism and Buddhism is a daily presence in Tuvan life. I will learn more about that the following day.

Buddhism and Shamanism together

I went to pay tribute to the local Buddhist temple. Along the stairs, two Chinese lion statues welcomed me. In the yard of the temple is a stupa.

It is embellished with small flags. Some with the Tuvan flag colors, others are bright blue.

It seems to me this kind of color is another constant of Tuva. It is one of the Shamans’ favorite colors.

I went to the local Shaman community clinic. And the blue is over there. The place was like our medical clinics. Several people were there, waiting for their appointments with their shamans.

I booked an appointment with an old Shaman lady, just to have a chat about her profession.

This lady did not attract my curiosity. I expected an eccentric person with interesting clothes. She dressed in total black, wearing dark sunglasses. A kind of Ozzy Osbourne.

She explained to me that only a person who has another shaman in their family tree can be a Shaman.

Suddenly, another woman, much younger than the Tuvan Ozzy, joined us.

She was wearing a long black vest with the symbol of infinity on it, the third constant in Tuva.

She looked at me seriously. She started to burn some herbs. The smell was good.

She asked me to stand up because I needed to be “purified”. Whatever that means, I accepted.

I was glad and curious to experience Shamanism directly. But I would regret it quickly.

She passed the smoking herbs all around my body and then, without any warning, takes out a whip. She started beating my shoulders and back.

It happened too fast for me to complain. She ran close to the window, throwing something out with the whip.

Finally, she smiled at me “you had three big bad spirits on your shoulder, they wanted to drag you down. I kicked them out from the window. You are safe. Don’t worry”.

Happy to not have to deal with my demons, I come back to my yurt.

After a dinner based on pasta (please Russians, stop trying to cook Italian food!) and potatoes, I noticed there was pile of stones in the camp, a bit further from my yurt.

I asked the yurt camp owner what it was. “It is a ritual and sacred place for Shamans,” she said.

As soon as I nod, another woman came out from nowhere, dressing like Steve Tyler during a performance: cylindric hat, long black coat with thousands of amulets on it.

She told me she is a friend of the owner and she could offer me a ritual for free.

She made a fire near the stones and started whispering some melodies, beating a drum, fast and slow.

I was almost hypnotized by her. Every now and then she threw some milk on the fire.

It lasted for 40 minutes. Without saying anything, she left the place. I didn’t know what to think.

On my last day in Tuva, I went for a swim in Lake Dus-Khol (Svatiklovo, in Russian). It is a small salt lake where I could have a nice floating experience, sort oflike a mini Dead Sea.

Local people, both Tuvan and Russian, also spread mud from the lake on their bodies.

Apparently, it helps to heal bone and muscle injuries. The result is my body was fully covered in mud. I integrated perfectly with the locals at this lake.

After swimming, back in Kyzyl, I visit the Regional Museum of Tuva. There is a collection of Scythian Gold, one of the last ancient tribes who used to live in this territory.

There are some crafted golden pieces, 1 cm in length, on which ancient artisans drew tiny animals.

Nonetheless, I preferred to see the section of the museum about the brief years of Tuvan independence, in the 1920s, where fantastic triangle stamps from that period are displayed.

Before taking an Antonov, a very old Soviet plane (I landed safely though) to Irkutsk, I told my guide to stop.

I saw something in the bush. It was an abandoned short platform with a plate saying, more or less, “Here President Putin places the first stone for the Kyzyl railway station.”

“And then? What happened?”, I ask my guide. Her answer? 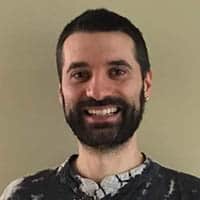 Matteo Preabianca has been traveling for more than 10 years living in several countries, including Italy, UK, Switzerland, Russia, India, the USA, Australia, Mali, Mexico, and now, China, where he works as a University Lecturer.