There’s almost too much to do in Costa Rica. Roughly the size of West Virginia, its varied terrain includes rainforests, tropical dry forests and cloud forests; volcanoes, rivers and lakes; and two distinctly different coasts—the Pacific and the Caribbean.

It’s also known for its rollicking adventures, including volcanic mud baths, suspension bridges, white-water rafting, zip lining and zorbing, which is rolling down a hill in a hamster-style ball filled with water.

That one sounded more like torture, and with only one week to spare, we were forced to focus our efforts.

Hundreds of Miles of Beach

Beach lovers to the core, we zeroed in on the beautiful Pacific Coast. But even with this tightened geographic zone, it was hard to narrow down where to stay.

Costa Rica’s west coast has hundreds of miles of beachfront that differ drastically from mile to mile, with sand varying from soft white to tan to gray to almost black, and waters ranging not only in color and clarity but also in friendliness to swimmers.

Like America’s Pacific coastline, the waters here are often quite rough and suited only for the bold, but you can still find long, rolling breaks perfect for beginning surfers and the occasional calm cove or bay fine for lazy swimming.

Oh, and we also wanted to see monkeys and sloths.

In pursuit of these goals—wildlife and swimmable waters—we booked three distinctly different properties along the central and northwest coasts.

We chose to rent a car despite warnings that for first-time visitors, this isn’t probably the wisest course.

But neither my husband nor I are group travelers and the thought of getting on a big air-conditioned bus with a lot of other people, wedged down between high seats when we could drive around in a ratty SUV with poor air-conditioning and lousy shocks and power just didn’t feel right.

Set on 11 acres of private preserve rainforest, this secluded and sustainable resort has ocean-view and oceanfront settings and includes two beaches, two infinity pools, two restaurants and a wellness center.

However, the ocean water here, though great for surfers, makes swimming an activity for the daring. But it definitely checked the boxes for tropical beauty and wildlife.

It also was the splurge stay of our trip at $571 a night for a 4-person suite (including breakfast), but was worth every penny as from our private patio we could watch wildlife frolic in the trees, including two kinds of monkeys—capuchins and the endangered squirrel monkey, which we saw nowhere else—sloths and numerous birds, including a type of toucan indigenous to Costa Rica.

We also took part in a guided night tour of the property, which is contiguous with the same rainforest that is part of Manuel Antonio National Park, and were rewarded by seeing a boa constrictor (scary) and a red-eyed tree frog (cute).

The main draw in this region is Manuel Antonio National Park, which is the “jewel” of the country’s impressive park system and home to 109 species of mammals and 184 birds, not to mention crocodiles, snakes and an impressive array of insects.

After much deliberation, we chose to do a guided tour of the park instead of winging it on our own, and I’m so glad we did or we would have missed most of the well-camouflaged animals.

It is one of several cove beaches within the national park and not to be confused with the city of Manuel Antonio’s public beach, which is pretty to look at but crowded and with rough waves better for surfing than swimming.

Visitors should note that Manuel Antonio National Park is closed on Monday to give the wildlife a break, and each visit requires a $16 entrance fee.

After a five-hour drive on windy mountainous roads filled with slow-moving trucks and cars passing on bends (see a pattern?), we arrived at Playa Potrero in the northwest province of Guanacaste.

This area is known as the “gold coast” and is where many of the luxury chain resorts and all-inclusives are.

It’s also the driest part of the country, reminiscent of rural California with scenic cattle and horse ranches set amidst foothills and pastures.

The arid climate also extends the dry season until late May, so you can get some bargains starting in April when high-season rates end.

Set on a sheltered bay, Playa Potrero has very calm water perfect for swimming and kayaking. However, the water is a dark blue and the sand a dark gray.

So while it gets major points for swimming, it wasn’t the stuff of tropical dreams. But what it lacked in shades of blue, it made up for in colorful sunsets, which were the best of our trip.

We stayed at a $237 a night two-bedroom oceanfront condo that was part of a small, immaculately landscaped five-unit complex. Even though it was the high season, we were the only ones there, which made it a little eerie.

But there were other condos next door, as well as a sailing school with various watercraft rentals, a boutique resort—Bahía del Sol—and several restaurants and bars, all within walking distance.

For the exclusive Guanacaste area, Playa Potrero is a reasonably priced staging point for explorations of the area’s more famous beaches. A short drive south is one of Costa Rica’s most famous beaches, Playa Conchal.

The Westin Golf Resort & Spa sits on most of its beachfront, but all of Costa Rica’s beaches are public, and visitors can access the white shell beach and turquoise waters of Playa Conchal via nearby Playa Brasilito beach, as we did.

Many of the resorts also offer day passes, depending on availability. For example, the Westin at Playa Conchal, which is an all-inclusive, offers day passes for $99 per person, but that includes breakfast and lunch, as well as use of the pools, beach and all facilities.

A day pass can also be the ticket for those who want to linger at the acclaimed Nacascolo beach, one-hour north of Playa Potrero, and use the facilities at the Four Seasons Resort without paying $1,000 a night.

Sámara is billed as a low-key fishing village on a gorgeous stretch of coast, which has yet to be totally discovered and overrun by tourists. But it’s probably on the verge, so you might plan on seeing it sooner rather than later.

We decided to take the coastal route from Playa Potrero instead of retracing our steps on the paved highway. Our big mistake was not consulting locals about the road. We soon found ourselves fishtailing along mountainous dirt roads with occasional peekaboo views of the ocean.

Suffice it to say we encountered downed trees and power lines, streams to ford, one-lane bridges without guard rails and wandering cows. All part of the adventure! And my husband has a fitness-app screenshot of his careening heart rate as a souvenir.

But again, it was worth it as I was determined to stay at the charming and Robinson Crusoe–like Samara Tree House Inn. It doesn’t get any more beachfront than this.

When I opened my eyes in the morning, the first thing I saw was turquoise water through a veil of palm trees, and at night we fell asleep to beautiful stars.

The two-story bungalow on stilts—available for $160 a night, including breakfast—featured an open, screenless picture window, no air-conditioning, and mosquito-net draped bed, as well as a kitchenette, bathroom and living room set above a ground floor with hammocks and dining area.

I would describe it as “glamping” since having no screens and open windows counts as camping for me. The no AC made it hot during the day but the cool ocean breezes at night were magical. We loved it.

The rolling surf here is perfect for beginning surfers, yet still accessible for swimmers, and the south end is very calm. Playa Samara is a long, curving beach. We did an hour horseback ride on it and did not cover the entire terrain from north to south.

Since we had time to kill before our nonstop red-eye back to Washington-Dulles, we had a final dinner at one of the National Geographic Unique Lodges of the World—the Finca Rosa Blanca Coffee Plantation Resort.

If you are flying in or out of San José and want to relax for a day or night before heading off to your destination, this is definitely worth checking out.

It’s a 20-minute drive into the hills from the airport (if your cab driver knows where they are going; ours did not).

This lush landscape has fairy-tale tropical foliage and birds and an open-air restaurant surrounded by the chirping jungle and overlooking the twinkling lights of busy San José. It’s also a great place to grab a bag of souvenir coffee.

Every property offers endless excursions. However, wildlife is Costa Rica’s claim to fame, so a guided hike in a national park is a must. Surfing lessons and horseback rides on the beach are also very Costa Rican. I’m kicking myself for missing the spice farm tour offered by Arenas del Mar.

Los Colochos, Five-minute walk from beach in the teeny village of Sámara. 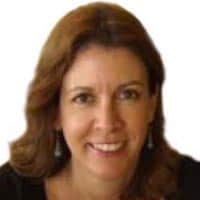 Amy Fries is a professional writer and editor. She has had several travel articles published in the Washington Post and has written numerous features for Northern Virginia newspapers and AchieveSolutions.Net. She is also a blogger on PsychologyToday.com, and her book on daydreaming was published by Capital Books.  She lives in Virginia.