There is no bad season to take a walking tour through Brooklyn Heights.  It’s an urban oasis all year long.

Autumn is pumpkins and Halloween decorations on stoops, winter is silver bells in the city, summer is when you may find a parking spot if you’re lucky, and spring rivals Holland for its flowers, especially tulips.

Brooklyn Heights was New York City’s first suburb. In the early 1800s, Hezekiah Pierrepont purchased 60 acres of land with the intention of selling parcels off to wealthy people.

While he knew the bluff setting and view of lower Manhattan would be a draw, the problem was how people could cross the river to their homes.

Pierrepont settled this by forging a deal with the Robert Fulton Ferry Company in 1814 and soon bankers and merchants were moving their families across the East River and building homes in what was then countryside.

Over the years, the Heights became heavily settled with periods of highs and lows.

The nadir was probably during and just after World War II when many of the homes, particularly on the south end, were turned into rooming houses.

A house that could be purchased on State Street in 1950 for $2,000 could easily fetch in the millions today.

A main reason for the upturn was developer Robert Moses’ interest in razing an entire section of the Heights for the Brooklyn Queens Expressway.

Alarmed residents spent years trying to accommodate Robert Moses but also to keep the bulldozers out of the neighborhood.

They formed the Brooklyn Heights Association, managed to work out a compromise with Moses that left most of the neighborhood intact, and in 1965, Brooklyn Heights was named New York City’s first historic district which meant most importantly that no buildings could be razed.

Between being declared a historic district and having its own clear borders, Brooklyn Heights today is a place to be relished and the best way to do that is on foot.

Its borders are the Brooklyn Bridge on the north, Cadman Plaza on the east, the Promenade and East River on the west and Atlantic Avenue on the south.

The Promenade, Robert Moses’ concession to Brooklyn Heights, is famous for its sweeping views from lower Manhattan to midtown’s Empire State and Chrysler buildings.

A swivel of the head and the Statue of Liberty and Governors Island pop into sight.

Together with the constant river traffic of barges, tugs, and ferries, the Promenade alone is worth a visit to Brooklyn Heights and can be accessed from Clark, Pierrepont, Montague and Remsen Streets.

For a coherent walking tour though, you have to start somewhere.  Walking from the High Street A train and exiting at Cadman Plaza West, head toward the East River and at Hicks Street make a right until you come to Middagh Street.

It’s a nice street to wander along, taking in the many restored clapboard houses including 24 and 30, two of the neighborhood’s oldest.

Artists in the Heights

Many years ago, before Robert Moses lopped off a northern triangle of the Heights for the BQE, 7 Middagh was home to a rotating group of artists including WH Auden, Benjamin Britton, Carson McCuller, and Gypsy Rose Lee.

They were a free-living group, and they set the tone for the creative people that followed.

Most of Middagh Street remains intact and retains many of its original houses.

Walking toward the river on Middagh, you’ll come to a street that abuts the Promenade called Columbia Heights.

These houses are among the oldest and grandest in the neighborhood, those on the west side boasting the same view that people strolling the Promenade enjoy, but in this case, with the added perks of huge backyards and terraces.

One of the most important residents was John Roebling who designed the Brooklyn Bridge.

He lived at 110 Columbia Heights, later home to Hart Crane who, with the magnificent view in front of him, wrote his poem, To Brooklyn Bridge.

Once you’ve taken in the splendor of Columbia Heights, circle back north and turn right onto the furthest of the fruit streets, Cranberry Street, once home to Walt Whitman, and also check out 19 Cranberry where Cher filmed Moonstruck.

If you look toward the East River on Cranberry Street, you feel as if you can reach out your arm and touch Manhattan.

Legend has it that the esteemed Lady Middagh thought that having streets named after landowners – Pierrepont, Hicks, Livingston – was déclassé and giving the streets fruit names – also Orange and Pineapple -would be less elitist.

This from a woman with Lady at the beginning of her name! Another story, probably the more accurate, is that the Hicks brothers who were then planning the street grids, owned a fruit company and voila!

In any case, because the northern part of the Heights was settled first, many of the houses are less grand than the houses that were subsequently built.

After wandering along Cranberry, it’s easy to zigzag to Orange and then Pineapple.

On the corner of Hicks and Orange is Plymouth Church of the Pilgrims. The garden on Orange Street includes a statue of Henry Ward Beecher, the famed abolitionist preacher during the Civil War who enticed people to line up around the block to hear his sermons.

Abraham Lincoln, also a visitor, has a pew named after him.  Plymouth Church played a significant role in the Underground Railroad, hiding slaves who were making their way to freedom in the north and Canada.

It also has some unsavory history with Beecher being tried for adultery which ended with a hung jury.

Now that you’ve explored the fruit streets and Columbia Heights, it’s a good time to take the full measure of Willow Street, which runs north/south between Columbia Heights and Hicks Street and is perhaps Brooklyn Heights most famous street, attracting crowds of people armed with cameras and guidebooks.

Arthur Miller lived at 155 Willow Street for a time, but the lure of Willow Street is not just the famous people who once lived there.

It’s also a bonanza for architecture buffs who can see a wide range of home styles, from Greek Revival, Flemish bone-brick, Gothic Revival, and Federal, as well as a scattering of clapboards.

Willow Street ends on the south at Pierrepont Street.  The streets that parallel Pierrepont are Montague, Remsen, Joralemon, State, and finally Atlantic.

Pierrepont Street, like most of the streets in the Heights, is largely residential.

But one high rise at 55 Pierrepont is home to a true gem, the Woman’s Exchange, a place where artisan goods are sold.

Its handmade children’s clothes might well belong to royal kids, but if smocking isn’t just what you need at the moment, you’re sure to find something else that suits your fancy.

Montague Street is the Heights commercial thoroughfare and has been hard hit by the pandemic. However little by little, restaurants are reopening.

This might be the time to pick up a sandwich and head to one of the entrances to the Promenade for the view, which now includes the Brooklyn Bridge Park, worth its own separate visit.

And on a weekend, a tourist on Montague Street should definitely take a peek at the Cat Cafe at 76 Montague, just steps from the Promenade.

You may not love cats, but you’ll definitely love the delight on the faces of people peering in the windows while they wait their turn to enter.

Tucked away off Hicks and Henry Streets are two small mews, Grace Court Alley and Hunts Lane, where wealthy homeowners once kept their horses.

These stables have now been converted into carriage houses. With no through traffic, children can play outside their homes.

Three other small streets that run between Joralemon and State Street are Willow Place, Garden Place, and Sidney Place.  These streets hold the same spell as the rest of the Heights as if they could be in another time, another generation.

At the southern tip of the Heights is Atlantic Avenue.  For years, Atlantic Avenue was primarily home to middle eastern businesses.  Its restaurants rivaled any in Manhattan.

Today, the street is more a potpourri of businesses, but any stop on Atlantic should include the longest-running store on the street, Sahadi’s famed middle eastern market.

A Village within a City

Brooklyn Heights is the very definition of a particular kind of urban ambiance. Stroller moms and dads, seniors, and singles all mingle in a place that manages to be both alive and an oasis.

And with several schools,  there are plenty of kids to keep the neighborhood on its toes.

The neighborhood still has its share of artists.  On any given day you might see Matt Damon, Emily Blunt, Adam Driver, or Paul Giamatti plus others.

So if you’re a city buff who likes to inhale wonderful places on foot, you should make your next walking adventure Brooklyn Heights.

Note:  Check the hours of the Women’s Exchange and the Cat Cafe before planning a visit. Once the pandemic lifts, Plymouth Church will be open to tours. 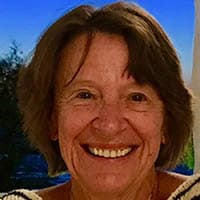 Vicky Schippers has lived in Brooklyn Heights for many years, during which time she raised five children and took the subway one stop to Wall Street where she was a financial writer. Today she is a volunteer tutor for underprivileged children.