Like so many other things in the age of the ongoing Covid-19 pandemic, the world of the performing arts has dramatically changed.

which will be an outdoor performing arts space with 10 different performance and rehearsal spaces.

GoNOMAD spoke with Clive Chang, the Chief Strategy and Innovation Officer at Lincoln Center for the Performing Arts.

“We’re excited to provide support to New York’s artistic community and to help New Yorkers to connect – hopefully in a new way – with the city we love,” Chang said.

Lincoln Center for the Performing Arts is a cultural hub of New York focused on the connection between art and civic engagement.

On this 16-acre-campus with eleven resident companies, providing an engaging experience of the performing arts is a top priority.

Visitors will have the opportunity to enjoy low-budget and even free events and shows outside with the introduction of Restart Stages. The physical layout of the space will include a cabaret-style stage on Hearst Plaza.

Cabaret-style seating means that there will be several different smaller tables with chairs provided for visitors to sit at while they enjoy the performance. This allows for more social-distancing between different parties.

The space will also include areas that cater specifically to kids and families. These spaces also have an emphasis on offering opportunities to young people to explore art.

This reimagined outdoor space will be home to an array of different shows ranging from concerts and film screenings to live readings, performances, and even rehearsals.

With the opportunity to observe rehearsals outside, visitors are able to get a glimpse into the process of theatrical performances. In conjunction with the New York Public Library, Lincoln Center will also have an outdoor reading room available to visitors.

The wide variety of events that Lincoln Center is able to offer is due in part to the far-stretching art scene in New York City.

When asked about how the ongoing Covid-19 has affected the performing arts, in a statement to GoNOMAD, Chang explained, “COVID-19 has impacted the arts significantly, with many artists struggling to find work and organizations having to cancel entire seasons.”

Clive went on to further explain Lincoln Center’s response, “We piloted a few small outdoor performances last fall, and the response was so positive that we immediately began to think about how we could build upon the idea once the weather started warming up again.”

Partnerships With Organizations Across the Five Boroughs

Lincoln Center partnered with a variety of organizations across the five boroughs to create space for underrepresented artists in the creative community.

The creation Restart Stages was possible in part due to the Lincoln Center Board of Directors and the Stavros Niarchos Foundation (SNF) in conjunction with the SNF-Lincoln Center Agora Initiative.

The SNF-Lincoln Center Agora Initiative is focused on rethinking and repurposing public spaces in a modern world.

Andreas Dracopoulos, the Co-president of the Stavros Niarchos Foundation stated, “Reimagined and reactivated public space could be a shot in the arm for civic life in New York and around the world.

SNF is proud to support Lincoln Center in realizing a more expansive and inclusive vision for public space, one that sees arts, culture, education, and community engagement as facets of the same civic project.”

Chang also told GoNOMAD of another partner on the project, “Restart Stages is being developed in coordination with NY State PopsUp, in a partnership to help extend the reach of the initiative far beyond our campus.”

With several different partners, Restart Stages has been able to create a unique space for New Yorkers to enjoy the performing arts outdoors.

The Connection Between the Arts and Civic Engagement at Lincoln Center

According to Lincoln Center’s official website, Restart Stages will also offer visitors the opportunity to give back to their communities with civic engagement events.

These events will include blood drives with the help of the New York Blood Center and food distribution efforts in conjunction with Food Bank For New York City.

Lincoln Center will also serve as an official primary election polling place. Lincoln Center’s commitment to hosting blood drives, food distribution projects, and election services demonstrates its commitment to serving its community as well as promoting the world of the arts.

The center plans to offer a special performance to healthcare workers on their opening date.

If you are already anticipating the opening of Restart Stages and the ability to see some art live in New York City, you should definitely check out Lincoln Center’s online opportunities.

These include a plethora of videos that you can watch right now. There are dances, films, theatre performances, and panel discussions you can indulge in while waiting for the official opening of Restart Stages at Lincoln Center.

You can find all of these opportunities and more at Lincoln Center’s website while looking forward to the opportunity to see performances outside.

One of the things that make Lincoln Center different from other performing arts centers is its commitment to serving its community.

The connection between the arts, the artists, and the community which supports them is undeniable and Lincoln Center has worked to emphasize this point with the introduction of Restart Stages.

Henry Timms, the CEO and president of the Lincoln Center said in a statement, “We are building this outdoor campus to be ready so that when the time comes, we do not miss a single day.

We will fling our metaphorical doors wide open on day one in celebration of New York and the resolute, remarkable people who make it the best city on earth.” 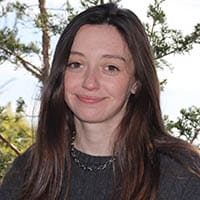