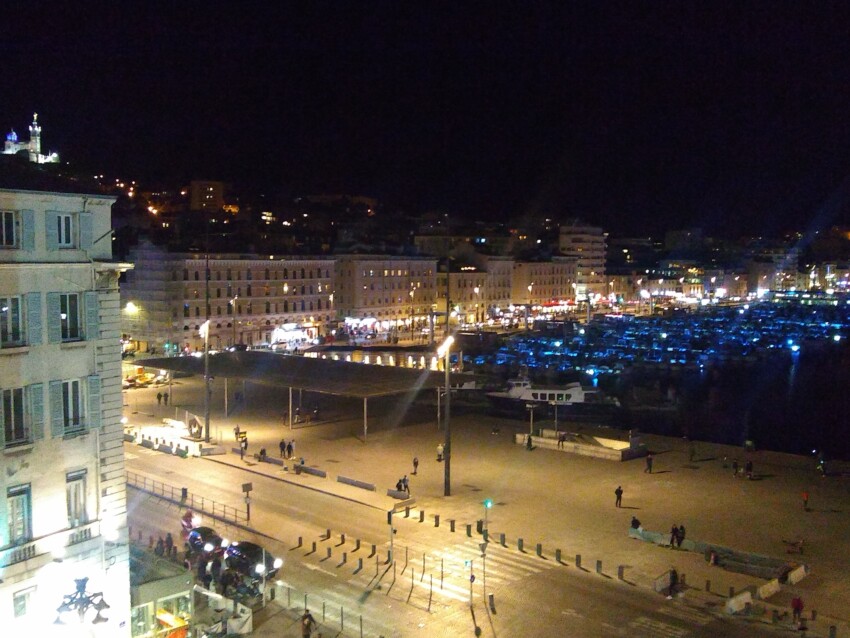 Life put on Hold as Marseille Shut Down in March 2020

How were we to know that we had chosen the worst day to visit magnificent Marseille – France’s second city – since the cessation of hostilities in 1945?

The day started very well.  Our Ryanair flight left Manchester bang on time and landed in the Provence sunshine half an hour early – after just one hour 40 minutes rather than two hours 10 minutes.  A sparkling clean navette – a public transport coach – whisked us into Marseille center ville in just 20 minutes.

During the ten minute walk from Gare St Charles to our hotel overlooking the Old Port, the architecture was stunning and everyone seemed happy, healthy, helpful and to be enjoying the warmth and sunshine… apart from a few crazies who had over-imbibed on the local aniseed spirit and a few unfortunates slumped in doorways, high on substances from further afield.

The receptionist at the Oceania Hotel was extremely pleasant and helpful, speaking perfect English.  Our room and balcony overlooked the harbor with its hundreds of luxury yachts and working fishing boats and, seemingly, there were at least 150 restaurants and bars within a similar number of paces from the hotel.

We plumped for the Bistro Pernod where we were seduced by sublime Moules-frites, prepared with generous amounts of expertise and Roquefort cheese.In the warmth of the evening sun – in the middle of March for goodness sake! – we had aperos outside a quayside café and then began the daunting task of deciding where to eat.  We really were spoilt for choice.  Every one of the bustling restaurants had something tempting to offer – from wonderful seafood and succulent steaks to perfect pizzas and mouth-watering pasta dishes.

Replete and totally satisfied, we ambled back to the hotel.  This is when everything suddenly changed and our 72-hour stay in the lovely city of Marseille became somewhat of a nightmare.

Back in our room, we turned on the television to discover that French Prime Minister, Edouard Phillippe, had decided to shut “all non-essential businesses” from midnight that night.  All bars, restaurants, shops, cinemas and local tourist attractions would remain shut until further notice… all because of the potential spread of Covid-19 – Coronavirus – which, by all accounts, would see most of us off if we congregated in cafes and shops.

Our three-night stay was on a bed and breakfast basis, so lunches and evening meals were up to us to find.  But with no restaurants, bars and cafes open, this was to prove far from easy. The Prime Minister had decided that food shops, pharmacies, and tabacs (yes – tabacs!!) were classed as essential.

So after a hearty and gluttonous breakfast in the hotel we went – with most other permanent and temporary residents of Marseille – to the local small supermarket where the shelves were sparsely filled. This was on Sunday, so little fresh food was available to us, after all, we had no cooking or even food heating facilities in our hotel room and the hotel did not offer any other meals but breakfast.

We managed to buy several packs of cheese and ham sandwiches and a couple of bananas to last us the day, in the hope that the shelves would be replenished on Monday morning.

Tourist buses, boats, guided tours, and some local public transport were also regarded as “non-essential”, and with no bars or cafes open, the streets were full of lost, bewildered people, not knowing what to do next, milling around aimlessly. We had planned various trips to see the area and visits to a couple of museums.  But, of course, all these were “non-essential” according to the PM.

We walked miles on that Sunday, along with thousands of other aimless souls.  The supermarket sandwiches and bananas lived up to expectations.  We even tried to contact Ryanair to see if there were any flights to Blighty before our scheduled return flight on Tuesday. But Ryanair was obviously too busy to answer my emails and phone calls…

Dateline: Monday, March 16th,  2020 8.30 am: Further restrictions kicked in overnight. So that we couldn’t pass on our deadly germs to fellow starving travelers, the hotel’s dining room had been closed, meaning that a very slimmed-down and abbreviated breakfast on a tray was left outside our room. No cooked or warm elements… just a bowl of fruit cocktail – thankfully not straight out of a tin – a couple of mini pastries and a coffee. That would have to do us until we could find another supermarket sandwich.

Looking out of the window, there was no rush-hour traffic. No queues at bus stops. Just a few pedestrians ambling along the street – and a couple of lucky chaps who still had jobs, sweeping them!

To fill our time, we decided to catch one of the very few local buses which were offering a skeleton service up to the magnificent Basilica Notre Dame de la Garde which, towering on a hill, overlooks the whole of the city and well beyond.

When we arrived, naturally it was closed as a precaution against Covid-19, but the views were spectacular. And as an added bonus, the bus drivers were so cordoned off and detached from germ-ridden passengers that they could not take any cash as fares.  So the morning’s excursion was totally free-of-charge.

We had had nothing hot to eat since our Saturday evening feast, so we visited a boulangerie today and swapped supermarket sandwiches for something a little more appetizing. The main reason for this – apart from variety is the spice of life! – was that were huge queues outside each supermarket, taking up to an hour to get in… and this was only the second day of the country-wide restrictions. As we now know, matters have only got worse.

At 8 o’clock, we watched President Macron make his television announcement, hoping dearly that our return flight the following morning would survive any extra measures he was going to announce. The police were obviously expecting some sort of reaction to the President’s statement – there were dozens of armed officers already making their presence know, even outside our hotel in one of the most select areas of the city.

Macron announced his further measures, including closing the country’s borders from midday, Tuesday.  Our flight was due to take off at 9.45 am. Fingers were crossed. The hotel receptionist booked us a “reliable” taxi driver to collect us at 7.45 am to take us to the airport.

If the plane did not take off, we would have problems… even our hotel was shutting its doors at midday for the foreseeable future, along with all others in the city.

The driver told us that the trip to the airport at that time of day normally took well over an hour. Because of the deserted roads, it took him less than 20 minutes.

Flight FR3119, Marseille to Manchester, left French soil at 10.15 am – just one hour 45 minutes before the total closure of the country.  A little too close for comfort… 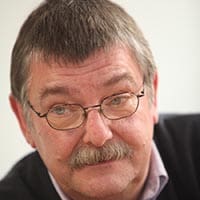 With a travel writing career spanning several decades, Peter Clayton specializes in “all things France”, and more specifically, Normandy, where he owns a little bolt-hole! As a freelance writer, he contributes to several newspapers, magazines, and websites in the UK and France, and is the author of two travel books. He is also a freelance travel editor of a web-based radio station aimed at English-speaking ex-pats.