Washington, D.C. Essential Eats, with a Side of Food History

New York City is known for its pizza, Chicago for its hot dogs, and Austin for its barbeque.

But what are the essential, representative foods of the United States’ capital city, Washington D.C.?

Described below are six of the foods you should eat, and where you can find them, to get a taste of DC.

Since DC is a city of museums, political buildings, and presidential monuments, it should be no surprise that DC’s essential foods often come with a side of history.

The half-smoke is a half-pork, half-beef sausage that is smoked, grilled, and served in a bun. The sausage is slightly spicy, slightly charred, and slightly tough. It is the signature dish of DC, and it is only found in the city and the surrounding metropolitan region. 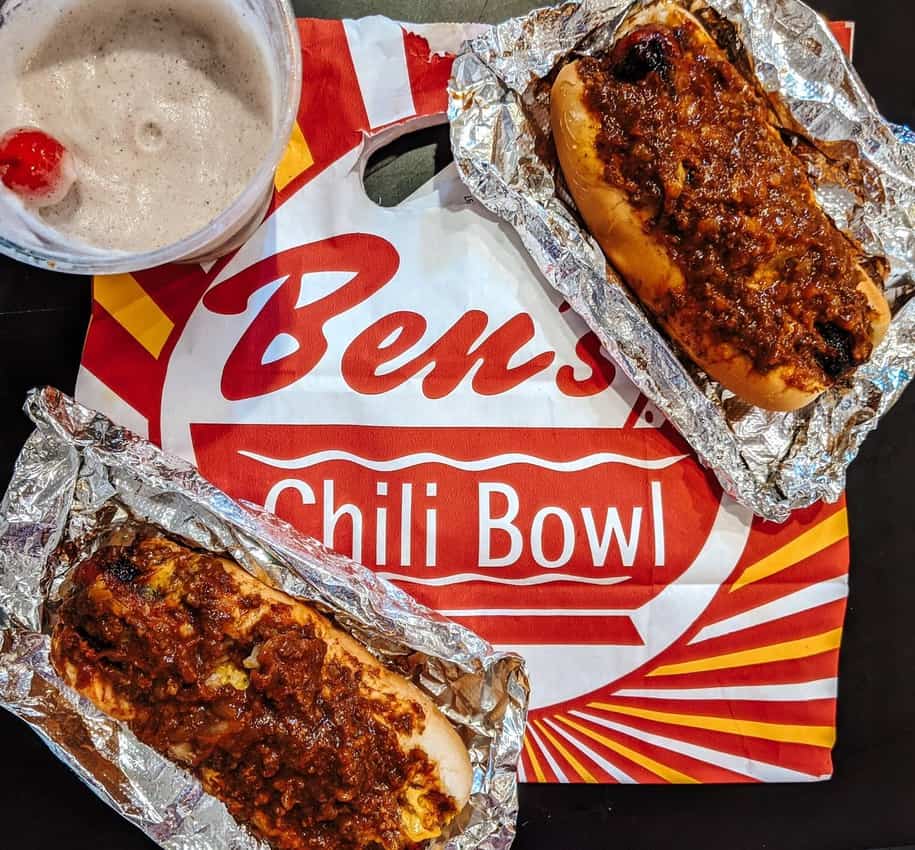 Ben’s Chili Bowl (affectionately known by locals as “Ben’s”) is the prime location for half-smokes.

Ben’s is famous for its chili half-smoke in a steamed bun that is topped with mustard, onions, and spicy chili. The hot chili is poured over the top and smothers the half-smoke and bun.

The classic chili half-smoke will cost you less than $7.00, not including the cost of a drink or sides.

The restaurant is small, warm, and homey. It is usually frequented by tourists during the day and locals through the late night.

A number of celebrities and politicians – such as Barack Obama, Bono, and Serena Williams – have entered Ben’s door for this classic DC meal.

Ben’s also has a history. It opened in 1958 on U Street, which was then known as “Black Broadway.” Civil Rights Leader Stokely Carmichael frequented Ben’s, and Martin Luther King Jr. once stopped by for a visit. In 1968, Ben’s played a pivotal role in the DC Riots by being one of the few restaurants allowed to remain open for food after curfew.

Today, there are a few Ben’s Chili Bowl locations. If you want to go to the original and historical restaurant, go to the location at 1213 U Street NW. It is open 7 days a week from early-morning to late-night.

In 1999, a D.C. pizza vendor made a giant pizza pie with leftover dough and sold the massive slices.

People loved the massive slices, and DC’s jumbo slice pizzas became a trend. Today, jumbo slices are typically over a foot in length and cut from a 32-inch pie!

The pizza recipe is New York-style, but the jumbo size is D.C.-style.

Jumbo slice pizza vendors are open late, sell the slices to-go, and are usually cash-only. A plain cheese slice is about $5.00 and between $6.00 and $7.00 when you add toppings.

One place you can get these supersized pizza slices is at the aptly-named Jumbo Slice Pizza. Jumbo Slice Pizza is located at 2341 18th Street NW. It is open in the evenings and late-nights 7 days a week.

Ethiopian Food All Over D.C.

Students and professionals from Ethiopia began immigrating to D.C. in the 1960s and 1970s for education and work. In the 1980s, larger numbers of Ethiopians immigrated to D.C. to escape political turmoil and oppression in their home country. To this day, D.C. still has a large Ethiopian population, which lends to a large number of Ethiopian restaurants.

A staple of Ethiopian food is a circular, spongy, tangy bread called “injera.” The injera is typically topped with spiced vegetables and meat mashes, such as yellow peas, lentils, and kitfo (Ethiopian ground-beef). Instead of utensils, the vegetables and meat are sandwiched with fingers between torn-off pieces of injera.

There are several Ethiopian restaurants in DC. Some of the most popular include Dukem on U Street, Ethiopic on H Street, and Zenebech on 18th Street. Hours and costs vary.

DC is part of the Chesapeake Bay region, so fresh Mid-Atlantic seafood is available throughout the Capital City.

For a seafood meal that has some history, go to the Maine Avenue Fish Market at the District Wharf.

This open-air fish market has been in continuous operation since the early-1800s, making it the longest continuously operating fish market in the United States.

If you do not want to buy raw fish for cooking at a later time, you can ask the crab vendors to steam crabs right then-and-there so you can eat them while you are at the District Wharf.

Oyster bars are also prevalent in DC. If you are already visiting the Maine Avenue Fish Market, Rappahannock Oyster Bar or Hank’s Oyster Bar have locations at the District Wharf. (Note that these slurpable shellfish sometimes come with a pricey market cost.)

Mumbo sauce is a condiment that DC residents are passionate about, although it is believed to be a version of a sauce that was invented in Chicago.

Mumbo sauce (also, mambo sauce) is a reddish-orange colored sauce that has a sweet-sour taste. The sweet-sour taste comes from the mixture of ketchup, soy sauce, vinegar, hot sauce, and citrus juices. It is a popular topper on fried foods, particularly fried chicken wings.

Mumbo sauce originated as a condiment at take-out (or, carry-out) restaurants. It is believed to have first been sold in DC at a now-closed carry-out called “Wings ‘N Things” in the 1960s.

Some DC sit-down restaurants have transplanted the carry-out condiment onto their menus. Bluejacket, a microbrewery and restaurant, serves a Mumbo Sauce Chicken Sandwich and Mumbo Sauce Wings. Bluejacket is located near the Nationals Park baseball stadium, at 300 Tingey St SE.

You can also buy a bottle of “Capital City Mambo Sauce” at grocery stores in DC and the surrounding Metropolitan region if you do not get a chance to grab some carry-out or sit down for lunch. One bottle is typically around $7.00.

If there is one food that defines the Georgetown neighborhood of DC, it would be cupcakes.

Georgetown Cupcakes became famous when the bakery was the star of a cable television show named “DC Cupcakes” that aired in 2010 and 2011.

The cupcakes at Georgetown Cupcakes are gourmet, cutely decorated, and decadently sweet. Lines for these cupcakes sometimes stream out the door. 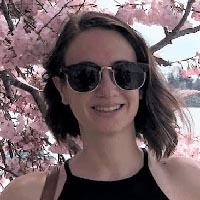 Steph Liguori is a freelance writer living near Washington, D.C. She is passionate about traveling and eating, and she writes about her experiences in diaryofatravelingeatie.com.