Jaguars in the Pantanal of Southern Brazil

Spending Time Up Close with these Big Cats in the Pantanal

You’ve heard of the Big Five: lion, leopard, rhinoceros, elephant, and Cape Buffalo. You don’t find jaguars on the list 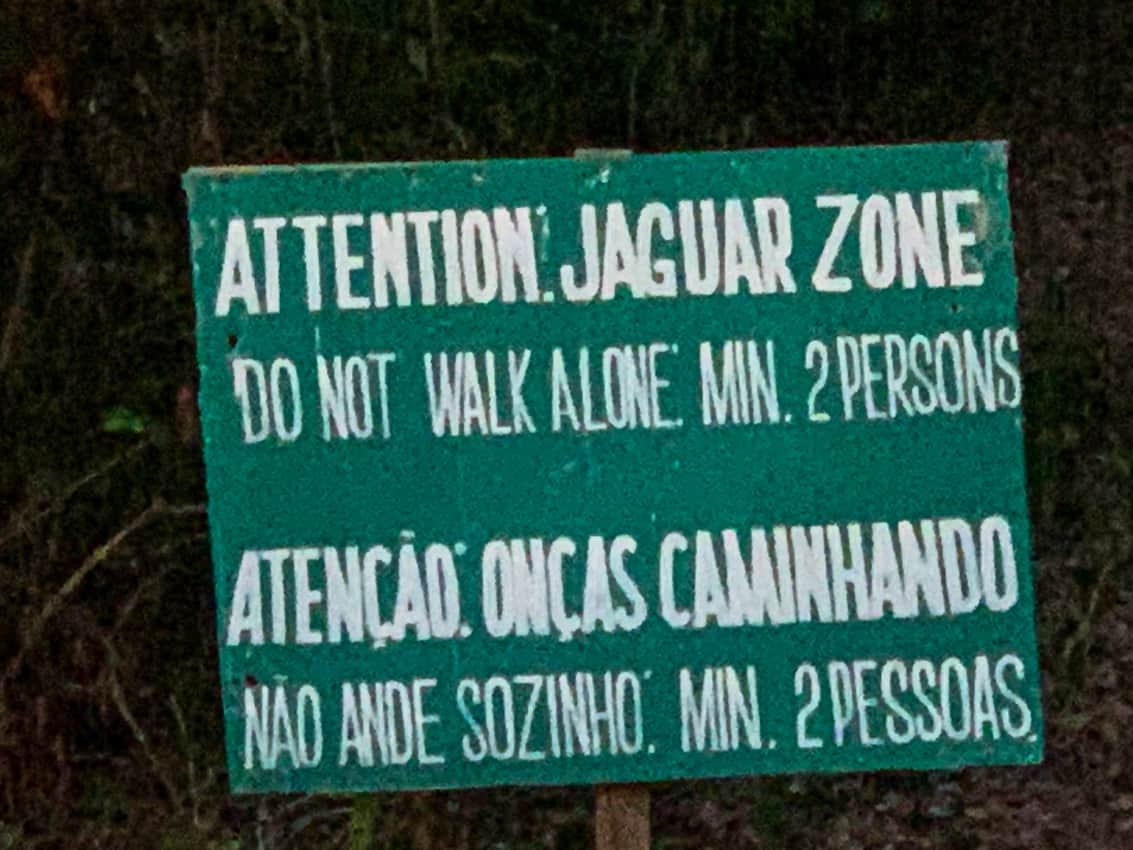 since they’re the leopard equivalent in the Americas. But hunting them to shoot, with a camera, of course, can be just as difficult.

Enter the Pantanal. South of the Amazon Rain Forest

The Pantanal, encompassing the world’s largest tropical wetland area, located mostly within the Brazilian state of Mato Grosso do Sul, south of the Amazon Rain Forest extends into Mato Grosso and portions of Bolivia and Paraguay.

The majestic jaguar is considered an umbrella species, upon whose shoulders sit the awesome responsibility of protecting the habitat from extinction, simply by continuing to exist.

It’s not easy to get there – flights from the US to Brazil’s Sao Paulo and then to Cuiaba, a city of about 3 million people.

From there, motor coach and then safari trucks took us to Port Joffre where you don life preservers then board speed boats.

It’s a fun, fast 40- minute boat ride down the Cuiaba River to our Floatel, our floating hotel you’ll call home for the next week.

The conservationist who started the whole thing, Dr. Charles Munn, is an ornithologist by love and training.

He learned quickly that saving the birds in this region would ultimately require saving the jaguars.

He built an entire ecotourism industry around tourists viewing rather than shooting jaguars. It helps that guns are generally illegal in Brazil since the 1960s.

For photography expeditions, you’ll want to be divided between two or three speed boats for unobstructed views. The area covered includes parts of the Cuiaba River, Three Brothers River, and several channels in between. The tides change the structure of the river, especially the smaller channels, regularly, definitely seasonally, so you never quite know what you’re going to see.

The captains, though, grew up in this area, and have been traveling these waters for most of their lives. They’re great spotters and communicate via radio so when one boat spots something interesting, the others get called in and arrive quickly.

The Rules and Front Row Seating

Jaguar or river otter or anaconda or water buffalo were the animals least likely to move on prior to the other boat’s arrival.

Only the last boat, the one in the back, allows people to stand. This was true of boats from other resorts as well.

We had amazing luck. Our first afternoon out, we saw a jaguar! He was a beauty.

Young, the driver told our guide and translator, only about 2 years old, with a wonky eyebrow, happy to watch us watch him. We hadn’t even become accustomed to the caiman, similar to the alligator, who were out in droves the first two days, or the capybara, the world’s largest rodent standing sentinel on the shore or in the water. It was an exciting “hold onto your hats” ride to reach him.

When he tired of us and moved on, our group returned to the Flotel, dropped our gear, and had dinner.

It was an exhilarating night, the dining room filled with murmurings about this amazing experience, our good fortune at seeing a jaguar on our first foray along the river.

The resort’s biologist, Nickolas Lormond, told us if we saw a previously unidentified jaguar, we got to name him.

We waited with bated breath as he couldn’t identify him immediately, then had to review all 184 identified jaguars in the region to confirm. He was new! We got to name him! There was already a Mick Jaquar. We chose “Jumpin’ Jack Flash” or “Flash” for short, reflective of our photography expedition.

Nick provided a jaguar lecture for us that night.

Jaguar, or Panthera onca, are the flagship species of this area and the top of the food chain. The Spanish called them “el Tigre” not “una tigre,” the jaguar, not a jaguar.

They’ve been revered by the Mayans and Aztecs as the “God of the night” embraced in their magic coats. Their name comes from a Varoni word.

Loosely translated, it means “he who kills with one leap,” which is most appropriate with the way they hunt.

Jaguars are the third-largest cat in the world (tiger then lion then jaguar).

Amongst American cats, the jaguars are the largest, bigger than the puma or mountain lions. Discounting bears, they are the largest carnivore in all of the Americas.

According to Nick, a keystone predator is defined as any species whose effect on the ecosystem is greater than their biomass effect on the environment. Jaguars are “obligate carnivores,” like all jungle cats, they are unable to process vegetation. With shorter digestive tracks, they receive no nutrition from plants.

One way to distinguish gender from a distance amongst the jaguar is size. Males can be 30% to 50% larger than females.

There are more jaguars per hectare in Pantanal than in other parts of South America.

One jaguar is particularly well-traveled. “El Jefe” has been spotted wandering between Arizona and the Pantanal.

But he is unusual. Their range has shrunk 40 to 50% due to habitat fragmentation and the dangers they face from persecution and hunting.

The Pantanal is the ideal jaguar habitat, due to her mosaic wetlands, grasslands, and forests. These forests allow jaguars to utilize trees as a respite from marshiness during the wet season.

They need the shade and, as they lose the ability to hunt caiman along the banks, these tree-climbing jaguars pounce from these limbs.

When they have no caiman to hunt, they’ve even been seen bouncing, Tigger-like, on the branches.

Jaguars do have a powerful bite. With a 2,000 pounds per square inch bite pressure, they can paralyze at first bite. Or, as Nick says, “If you have to be killed by a big cat, have it be the jaguar. He’ll get it done first thing, right away.”

Jaguars are surprisingly good swimmers. They prefer water more than tigers do.  Nick warned us “not to spend time underwater with them. It’ll be your last 30 seconds.”

Jaguars can be VERY hard to spot. Their coats act as camouflage, especially behind foliage when they’re moving fast. Lucky for us, the Floatel only hires boat drivers with x-ray vision ☺.

Seriously, though, the boat drivers learned to watch for bird movement and calls, look for footprints and wet sand on beach, hear and see rustling leaves and generally know the territory of each jaguar. Our driver, for example, could tell the sisters Amber and Ginger apart before he saw the face, just based on our location.

The tour companies in the Pantanal have now identified 187 jaguars. This year, they spotted a record of 73 active jaguars as well as many new jaguars. Let me know if you’d like a follow up article about the interesting mating behaviors (spoiler: the girls rule).

Nick told us about a Colombian saying where you must be smart and clever and powerful to survive. Jaguars now test the will of humans to save this enigmatic species. They’ve been classified as “near threatened.”

They become increasingly vulnerable with the deforestation of both the Amazon and the Pantanal. The World Wildlife Foundation estimates 15,000 jaguars survive in the Americas. Nick says, realistically, there are somewhere between 4,000 and 7,000.

They are threatened both by their habitat destruction and direct hunting. Nearly 10,000 cows are killed by jaguars each year (4% of estimated rancher’s profit) and 200-300 jaguars are killed by ranchers defending their property.

With the rise in ecotourism, the region realizes jaguars are worth more alive than dead but ranchers need to be reimbursed for their losses, which the Floatel is now doing.

Lecture done, it was near lights out. Traveling like this is exhausting. We were eating by 5:30 am and on the speedboats by 6:00 am to go jaguar spotting.

The five days we stayed at the Flotel continued with bladder busting five-hour mornings (no bathrooms out in the Pantanal and no one desperate enough to need to use a tree that could house a jaguar), a lecture or photography lecture or review around lunch, then a three-hour afternoon boat ride with dinner and another lecture to close out the night by 9 pm.

We were the most fortunate group in the history of the resort. I had 19 jaguar sightings, only Ginger was seen twice. In each session, we found at least one jaguar.

We found a mom and her two cubs– Catniss (the girl who named her was a Hunger Games fan) and her cubs, Mabbs and the gender-to-be-determined other would be Donna or Tristan.

On our final day, the torrential rainy season had begun and our host decided we needed to be evacuated out a day early to confirm we’d make our return flights to the US.

We came across Torrie, one of two brothers left by their mother when she had another cub. The brothers usually traveled together, according to Nick, but he was alone and he was hunting. We hadn’t had a chance to witness or photograph that yet.

We arrived at the airport, more of a landing strip with a hangar, and four (!) pilots with two small prop engine planes awaiting our arrival.

They divided people and luggage, trying to balance the weight, and off we went … able to see the Pantanal from a new perspective, the air.

Charles had warned us that the view from above would give us a new understanding and appreciation of the Pantanal.

The tributaries also change with the seasons. In these wetlands, flooding provides the life-breath for these areas, like a giant inhalation to bring nutrients back, and then the exhalation as the waters recede shows you what’s left and how it re-shapes the coming year.

Landing in Cuiaba was bittersweet, knowing that our journey was over. For now. The Pantanal remains to welcome us back. 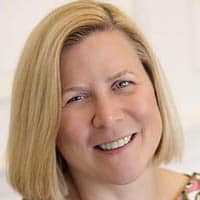 Gail Clifford, MD, a physician for 30 years has traveled to five continents and all 50 United States. An avid traveler, she happily goes on new adventures, especially on birthdays. She enjoys inter-generational and solo travel focused on learning a new skill. When traveling locally, she enjoys digging deeper into history to discover new things about old experiences.  She divides her time between Ireland and the U.S. Find her on Instagram.