During these pandemic times if you’re looking for a fun thing to do with the family, take a road trip and head to Frisco, Texas, a booming suburb north of Dallas.

Take the kids and grandkids because Frisco is an unlikely, but big-time sports town. There are lots of sites to see, and even a Hall Of Fame to visit.

The marketing people at Visit Frisco, have coined the phrase “Sports City USA”, and it’s clearly evident why. No fewer than seven pro sports teams call the city home for their headquarters.

The most prominent is the Dallas Cowboys, which relocated their operations to Frisco in 2016. And coming soon in 2022, Frisco will become home to the PGA National golf headquarters.

The Dallas Cowboys, America’s Team and the most valuable franchise in all of sports, opened their headquarters and practice field at The Star and Ford Center. The move touched off a flurry of commercial development that continues to this day.

The Star became the focal point of what local officials proclaimed “The Five Billion Dollar Mile”.

The Star is surrounded by office buildings, restaurants, and shops. Tourists flock to the area, and kids can actually play a little football on the regulation-sized artificial turf field in the middle of the complex.

The PGA Coming to Frisco

The next, and perhaps biggest step, came in 2018 when the Professional Golf Association, the PGA, announced plans to move its headquarters from Florida to Frisco. The move is expected to be completed in 2022.

Already landscape crews are shaping the two championship courses that will showcase the 600-acre property on Frisco’s north side.

The PGA National Championship is scheduled in Frisco in 2023. In addition to the courses, the PGA property will include a headquarters office building and an Omni Hotel.

The Dallas Stars and Many More in Frisco

Other major teams in the city are The Dallas Stars of the National Hockey League, FC Dallas of the pro soccer Major League Soccer league.

Minor league franchises are led by the Frisco Roughriders baseball team, a AA farm team for the Texas Rangers.

The Texas Legends is a minor league basketball franchise of the NBA Dallas Mavericks.

The Dallas Rattlers is a pro lacrosse team, and the Frisco Fighters is an indoor football team.

In addition to all that the city hosts the annual college football Frisco Bowl, and is the headquarters for the National Soccer Hall of Fame.

The sports frenzy began with a handshake deal by sports pioneer Lamar Hunt to locate his MLS soccer franchise, FC Dallas, to Frisco.

That was in the early 2000s when Frisco was still just a sleepy suburb. But Hunt had a vision for the future. With private and public money, the soccer stadium, which became Toyota Stadium, was built in the downtown area.

All of the brick and mortar has been financed by public and private sources. The City of Frisco, the Economic Development Corporation, and the Frisco Independent School District all chipped in.

The school district has 10 high schools, and they all play their home games at the Cowboys home, Ford Center at The Star, saving a huge amount of money that would have otherwise been spent on building football fields at each high school.

The PGA has agreed to let up to 300 high school golfers use their campus for practice and matches.

With the growth has come development. There are new hotels, more restaurants, some of them 5 stars.

Many white-collar businesses have brought thousands of good-paying jobs to the city in the past decade.

The major factor in this explosion was the extension of the Dallas North Tollway. The Tollway had stopped in Plano, but in 2007 it opened the extension to Frisco. Also, about the same time, the Sam Rayburn tollway opened on Frisco’s southern end.

With this road network, getting to Frisco is no problem. The Texas economy is booming and Frisco booms right along with it.

The Great Recession that strangled the rest of the country barely dented Frisco’s growth. Even the COVID pandemic has failed to slow things down.

The Frisco economy is one of the fastest-growing small cities in the country, fueled in part by the sports franchises. There are no breakout stats for the sport’s impact, but it is substantial. That is sure to grow as the PGA opens operations in two years.

The PGA alone is expected to contribute $2.5 billion to the Frisco economy. In addition to new commercial development, tourism has steadily increased. Although the numbers have tapered off due to COVID, Visit Frisco, the city’s marketing arm, says 2018 was a record year for tourism, 6.6 million visitors came to town, pumping $2.1 billion into the local economy.

All this growth has lead to the need for new hotels. The newest is the Hyatt Regency at Stonebriar. It opened in August 2020 and has 16 floors and 303 spacious rooms. The rooms even feature 4K jumbo screen TVs.

Another great stay is at the Westin Stonebriar Hotel and golf resort. This large convention-style hotel has great weekend getaway packages that include golf and a huge Sunday morning brunch.

Across the city, there are 3,500 hotel rooms to provide heads on beds for business and tourism customers. Another 3 hotels with 750 rooms are under construction.

There is no shortage of fine dining choices, most relatively new. One of the exceptions is Randy’s Steak House on Main Street in historic Old Frisco.

The place is locally owned and has been around for over 25 years. It’s located in an old house that was built in 1869 when Frisco was just a stop on the North Texas cattle drive trail. website

Other dining options include the Heritage Table, with an upscale scratch kitchen. There is the Dee Lincoln Prime restaurant located in the Cowboys district. Also, a relatively new option is J. Theodore, another upscale eatery that features a Roaring 20’s speakeasy-style bar.

For a real Texas-style breakfast, visit Norma’s. In addition to huge servings, they are also known for their meringue pies. Yum! Get one to go.

The Frisco boom town story is much more than sports, but sports has played a significant role in propelling the city’s massive growth in the last 15 years.

Find out more about Frisco, Texas at VisitFrisco.com 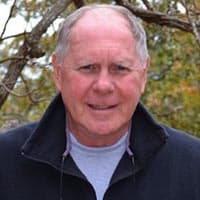 Fred Mays is a freelance writer/photographer based in Satellite Beach, Florida. He previously lived in North Texas and spent a lot of time in Frisco. His blog can be found at floridaunplugged.net.