Drive across the bridge onto the isle of Venice, Florida, and you’ll feel as though you’ve stepped across the Atlantic into the heart of Italy, passing by Turin Street, Palermo Place, Calle del Paradisio, and other names reminiscent of The Boot.

But it’s a purely American city in the southern reaches of Sarasota County, one that draws untold thousands to its sunny beaches, stunning streets with towering palm trees, award-winning restaurants, and outdoor adventures.

Getting there during COVID

My flight from Chattanooga to Sarasota could not have been easier. Nonetheless, I was rather hesitant when I left my house and headed toward the airport. 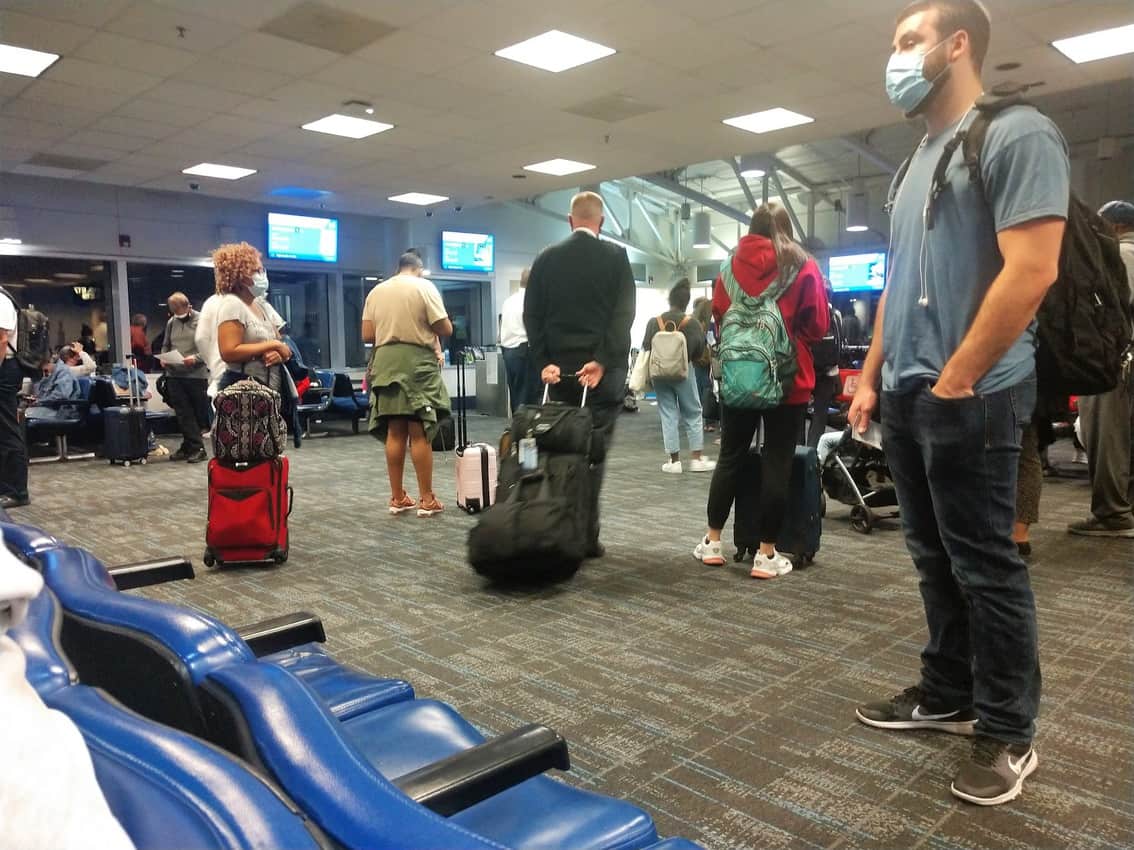 Once a frequent flier, this would be my first flight since February 2020, and I wasn’t sure what to expect.

I was a little surprised no one stopped them. But on I went, landing in Charlotte, N.C., for my connecting flight to an extremely crowded airport where social distancing was impossible in many cases.

However, the fact that everyone was moving quickly, giving the COVID germs less time to jump from person to person put me at ease. And once I got to my gate, there were enough empty seats, so no one needed to sit next to me.

I tried to upgrade my seat at the American Airlines counter but was told the flight was full. That was OK. There’s one thing about flying these days that doesn’t worry me. Planes have excellent air filtration systems, much better than airports. As long as you wear your mask, something that airlines require, you should be OK.

Be Kind: Wear Your Mask Right

My return trip was uneventful, for the most part. A man with his mask pulled down below his nose asked if he could sit next to me.

Seats in the gate were mostly taken as it was nearing time to board, a time when everyone converges on the gate. I told him, “Sure, if you’ll pull up your mask.”

He didn’t like that and walked off in a huff, yelling at me, “I don’t believe in that (insert your favorite curse word here) anyway.”

Oh well, people are definitely traveling again – some nicer than others.

Most every rental car company has a presence at the airport, so watching my pocketbook, I went with Budget. No problem there. In fact, the roads around Sarasota are easy to navigate – lots of roundabouts, but if you know how to handle those, no problem.

It’s about a 40-minute drive from the airport to Venice, and if you go during daylight hours, it’s a pretty one traveling Highway 41 as it hugs the coast southward. On arrival, check into your hotel – there are numerous choices ranging from modern hotels to charming, Old Florida-style roadside motels.

Recommendation? Escape Casey Key, a mid-20th century motel that’s kept its old appeal on the outside, but totally modernized within.

Once checked in, it’s time for some food and fun in the sun. For a lengthy list, log onto visitsarasota.com. Here are some ideas:

Searching for fossilized shark teeth is a favorite activity for both young and old in many places around Sarasota County, but there’s no better place than on the beaches of Venice due to its place on the Earth.

It was early on a sunny morning. The Gulf was calm and out in the distance, Roy Hervas, owner of Shark Frenzy, could be seen emptying his shark tooth sifter, specially designed and patented by him, his wife, Lynda, and daughter Brittanie.

The device has a scoop that can dig up the sand, then easily emptied onto a floating sifting screen that keeps the fossils and shells on the screen and sends the sand back down to the ocean floor.

The shark tooth sifter and floating screen can be purchased at his shop in Venice or rented for $20 per day – a fun way to entertain the kids for a day on the beach. And no telling what they’ll find.

“There are fossil-rich sediments right beneath us,” Brittanie Hervas says. “For millions of years, many fossils were laid down here and became very compacted into a nice fossil layer and now fossils are washing right up into the beach.”

But pieces of ancient horse teeth, mastodon, and Megladon teeth, too, are lying in the sand beneath your feet.

When hunting is over, the Hervas’ will identify your haul, as well as separate the fossilized bones from the teeth and other body parts, and categorize them in plastic sleeves.

Spectacular, delicious, beautiful is the best description of the food, service, and scenery you’ll find when dining in Venice, whether it’s dining outdoors on streets lined with magnificent palms or along the coast overlooking the Gulf.

You’d expect to find Italian cafes in town, and you do – several, in fact. Among the top favorites: Ristorante San Marco and Cassarino Italian Eatery.

Not surprising, too, are the number of places offering fresh fish plucked from nearby waters, and if you’re lucky enough to get a seat on the balcony outside Fins at Sharky’s – reservations are best made a week in advance – you’re in for one of the best meals of your visit.

Many of the dishes, such as the Cobia and filet, are cooked in the Josper oven, the hottest thing in indoor grilling that uses high-quality charcoal to grill and roast indoors.

The result is a piece of meat or fish that brings you to your knees. Fins at Sharky’s is a tremendous structure overlooking the water, with casual dining downstairs at Sharky’s and an upscale menu upstairs at Fins.

Dockside Waterfront Grill is another favorite in town. Located at the historic Fisherman’s Wharf Marina that dates to the 1950s, Dockside is a casual restaurant offering open-air dining as well as some tables inside.

But outside’s the place to be, overlooking the water and the magnificent boats anchored at the marina. Favorites include sesame-seared yellowfin tuna, Grouper Reubens, and seafood chowder.

Stone crab season lasts through May, and several restaurants in Venice are serving them, but Dockside is one of the best places to get a plateful. They’re straight from the Gulf, and you can eat them while overlooking the water.

For an entirely different experience, take the drive a little outside town to Snook Haven.

A meal here is nothing short of an event that begins as you turn off a busy highway onto a dirt road.

You haven’t made a wrong turn, just keep going and let the rich, smoky smell of barbecue draw you down a well-worn path lined with live oaks dripping with Spanish moss.

The road ends with a park on one side and an old wooden, one-story structure on the other.

That’s Snook Haven, with its catbird seat on the Myakka River, the first to be designated a Wild and Scenic River by the State of Florida.

The property has gone through several incarnations, beginning as a bar during Prohibition when bootleggers would bring booze downriver. It’s been a gentleman’s club and a fish camp, too.

Sarasota County bought the acreage about 13 years ago, and in 2013, Snook Haven opened and the barbecue and brews began flowing again, along with gator bites, po’ boys, fish ‘n chips, and more favorites.

Canoe and kayak rentals are available or take a boat tour along the Myakka from Logan River Tours and if you’re in luck, you’ll see a gator, manatee or other wildlife that call the river home. Come for a meal and play for a day.

Headquarters of The Gulf Coast Banjo Society are on the grounds at Snook Haven and treat crowds to their music every Thursday afternoon October through May on an outdoor stage next to the restaurant.

And because of COVID-19,  pickers that arrived in Florida before the pandemic hit stayed in the area, so now there are more banjo players than usual, says Jenny Makowski, Snook Haven’s general manager.

Thursday’s concerts are “a huge draw,” Makowski says. “I mean, we have anywhere from 600 to 900 people during peak season.

And we’re trying to take all those orders and feed them in 2 ½ hours. So you can imagine what that’s like. But it’s fun. It’s a lot of fun.”

A place for Your Hound

Dogs are much-loved in Florida, and Venice is no different. So if you bring your four-legged friend along, there’s a beach designated just for him or her.

Brohard Paw Park is a short walk through the city’s dog park. Watch out for alligators, a sign reads. They’re small though, I was told.

Baggies for the Dog

Once you get to the beach, there’s surf and sand and lots of room to run. Just clean up anything your dog might leave – there are baggie stations available if you don’t have your own. 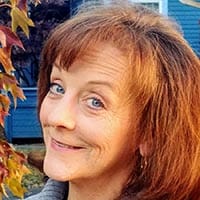 Anne Braly is an award-winning food and travel from Tennessee. After a long career as food editor at the Chattanooga Times Free Press, she’s now a freelancer who travels the world looking for the best food and travel in the most unexpected places. Her columns and stories appear regularly in the Chattanooga Times Free Press, Orlando Magazine, Tennessee Home and Farm, WordSouth Publishing, Chattanooga Magazine, Tennessee Lookout, yall.com, Southern Airways’ Cloud Nine, and GoNOMAD.com.