What to Know Before Visiting Indonesia

A Guide to What NOT to Say or Do In Indonesia

Tourists consider the country to be nothing more than a tropical oasis, a place of luxury, or just a place to relax on a beach. Many people have even only ever heard of the famous beach resorts that are a staple for tourist islands like Bali.

But Indonesia is more than just a place for personal vacation. While it is full of beaches and stunning landscapes, it is also a country full of people that have their own thoughts and feelings, their own unique culture, and their own way of life.

The people of Indonesia are very friendly, but there are some obvious cultural and unique differences that might come as a surprise, especially for Westerners.

Specifically, there are ten things that Indonesians want you to know before you visit the country.

This should be quite straight forward for anyone who’s done a little bit of research on Indonesia. The water is so inedible that even the natives do not drink it. Instead, they use bottled water. Many families even have giant water jugs in their house for consumption on a daily basis.

But undrinkable tap water doesn’t only mean you can’t enjoy a tall glass of sink water, no. Many foreigners need to be careful about using ice cubes, washing fresh produce with the water, and brushing their teeth!

A good rule of thumb is to just stick with bottled water for everything, and these will be readily available in supermarkets or restaurants.

Indonesians are a traditional and respectful people. Acts of disrespect, whether intentional or not, are highly looked down upon. One of the most important aspects of Indonesian culture is respecting elders, even if they’re not that much older than you.

Part of respecting your elders means not calling an older person by their first name. Instead, older men are often called “Bapak” and older women are called “Ibu.” These words basically just translate into respectful titles, almost like saying “Sir” and “Miss” in English.

If you are unsure of a person’s age, it is generally best to use these terms as they are more polite. Similarly, it is considered impolite to use the word “you” when talking directly to an older person. “Bapak” or “Ibu” should be used instead.

It is a common practice for Indonesians to say “makan” or a variation of the phrase before eating. Generally, it’s said to older people or guests as a sign of respect. The word literally means eat, so oftentimes foreigners will misinterpret the meaning as a request to eat food.

But the person is simply letting you know that they are about to eat. A simple nod in response will suffice. In turn, if you also repeat the term before eating, Indonesians will be impressed and honored that you understand part of their culture.

Don’t Step on That!

If you ever take a trip to Bali, you will most likely see little colorful offerings that look like leaves and flowers seemingly randomly placed on the streets. Do not ever step on them! It is very disrespectful to the Balinese people.

They make them out of woven palm leaves, flowers, and herbs and set them out every morning. Even stores in westernized malls have them in the doorway.

Indonesian People will be Fashionably Late

While foreigners, especially Westerners, might be offended or even a little bit frustrated by the lack of punctuality in Indonesia, it is actually quite a common and accepted occurrence. Time in Indonesia is pretty relaxed, and no one ever seems to be in a rush.

Foreigners need to understand that Indonesians don’t mean offense by this. Being fashionably late is just part of the cultural norm, even in professional settings.

Money is a very important factor in life, but local Indonesians find some pretty creative ways to make a few extra bucks.

Especially in popular tourist areas, like Bali, the natives will charge foreigners for checking out their land or taking pictures of them in their traditional dress!

While this is very innovative, some tourists are unaware of this practice and are even shocked when asked for money.

It is safe to assume that if anyone offers to help you, be your guide, direct your car out of oncoming traffic, or take your picture, you should expect to dish out some money for their service.

Sometimes, people will even direct your car in or out of traffic, without you even asking for it, and expect you to pay them.

In the bigger cities, like Surabaya, you can expect to pay for toll roads and for parking in all the malls. Not only that, but money is also often used as a bribe.

To get out of trouble or get something they want, many Indonesians will bribe the police or other authority, essentially eluding the system.

Get Used to Being Stared At

Yes, almost every foreigner will experience staring at one point or another on their trip to Indonesia. This is completely normal, and in fact, staring isn’t considered rude in Indonesia. The people are just curious and intrigued to see a foreigner. In some cities, it’s even quite rare for locals to see people who have a different skin color.

Some people will even call out “bule,” which is a term Indonesians use to call white people. A bule can be something of a spectacle for Indonesians, and they might try to get your attention by calling out, asking for a photograph, or just practicing their English with you.

Seeing or talking to a “cool” bule will give them a story to share to their friends and even make them appear cooler amongst peers. So don’t be surprised if this happens to you. If you don’t like this attention, it’s best just to ignore it.

To avoid the more inappropriate type of attention from men, women should not dress too revealingly (super short shorts or a very low neckline) or go out alone at night.

There Will be Lots and Lots of Spicy Food

If you can’t eat spicy food, start practicing now. Indonesia is known for its spicy food, and finding good food that isn’t spicy could be difficult. One of the best dishes on the island of Java is pecel. It’s traditional Javanese street food with a distinct peanut sauce and a variety of toppings.

Take Shoes Off Before Entering Homes

For Indonesian households, it is a common practice to take your shoes off at the door when entering a house. Some households might even offer their guests house slippers to walk around in.

Driving is Loud, Fast, and Full of Traffic

Many foreigners find driving, or even being a passenger, in Indonesia for the first time to be intense, if not a little bit scary. Indonesian roads are organized chaos where its hard to believe that driving there actually works.

But it does. Roads are almost always congested, and there are basically no speed limits. So if there happens to be a clear stretch of road ahead, expect your driver to gun it.

You will probably also notice that everybody beeps the horn quite often.

For someone used to honking the horn as a sign of aggression or road rage, Indonesia’s friendly beeps could take some getting used to. It is very common for Indonesian drivers to beep the horn when they approach another vehicle just to make their presence known.

Because the driving is so hectic, beeping the horn is necessary for a safe trip. 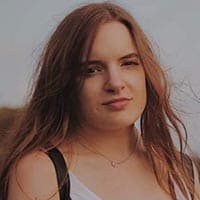 Amber Thomas is a freelance travel writer from Virginia. She graduated with a BA in professional writing, and she is currently pursuing her love for writing and traveling. Her goal is to travel the world and provide travel tips for those who need them.