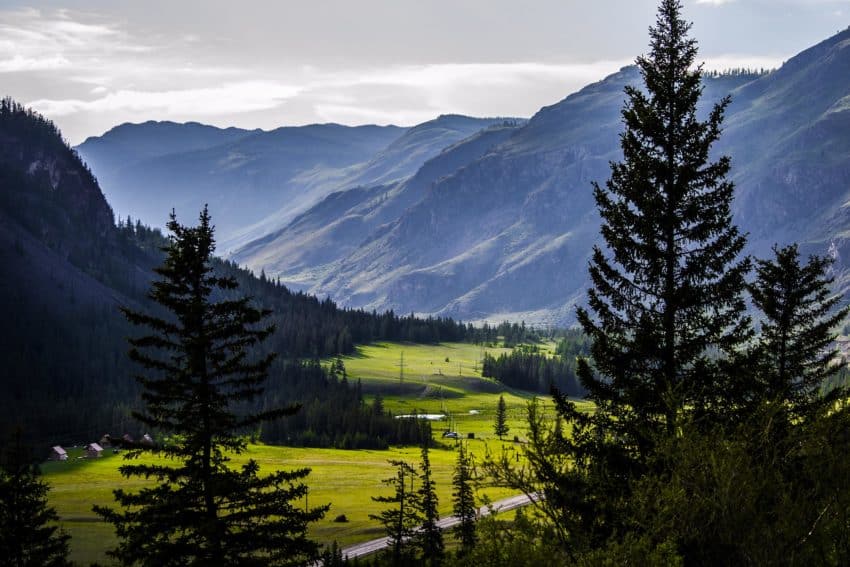 Editor’s Note: Altai is a Russian republic in southern Siberia whose terrain encompasses the Altai Mountains and surrounding tundra, alpine meadows, and thousands of lakes.

Most of the republic is protected as biodiverse reserves, which shelter diverse wildlife like snow leopards and argali mountain sheep. Among its natural landmarks are twin-peaked, 4,506m Mt. Belukha and expansive Lake Teletskoye.

Central Asia is the oldest of the world’s top cultural areas, the most northern of the ancient civilizations with fertile areas located at the foot of the mountains and large rivers but where the desert occupies most of the territory.

This is a place of power: the snowy peaks of the mountains, the swift rivers, the endless plains, the cleanest lakes, and breathtaking landscapes of incredible beauty.

People escape to Altai from the technology and modern conveniences of civilization and from the bustle of the city to be alone with nature. After all, the local way of life here has been almost unchanged for decades.

Here, there are still grazing herds of horses, people still believe in spirits, and a mobile signal appears quite rarely.

The water in the streams is cleaner than the in tap and you can drink it from the palm of your hand. You can see the stars at night, all you have to do is simply raise your head.

The village is located in the middle of the desert steppe. This is the driest and coldest place in Russia, but also the hottest and sunniest in the summer season.

This is the largest area in Altai. There is no vegetation on the streets, making it seem like you are on another planet. The views are breathtaking—the most striking in this valley is a flat surface and the five-kilometer peaks that are floating above it.

This is the first mountain range you see when entering from the Chui highway. Stretching almost 120 kilometers, it is home to the great glacier Aktru, which is a sanctuary of eternal snow and ice.

The mountain range is firm but fluid, the appearance of the mountain slowly changing. It is one of the great wonders of nature.

The ridge hides within itself the amazing beauty of the lakes and glaciers. The most spectacular landscapes can be seen in the summer when the steppe is covered with greenery, and in the distance, above the horizon, lies white snow, seemingly quite close.

At the foot of the mountain, deep in the woods, there’s a lake. It has an otherworldly sky-blue color with bizarre patterns on the bottom.

On all sides, the lake is covered with high larch. It is an amazing place that nature has created over the centuries. The lake is located on the base of the rest of Myony, which is next to the village of Aktash.

This lake—called Turquoise— is not more than 30 meters in diameter, with a depth of three meters. In the center are beaten thermal springs, while the bottom of the lake features the most beautiful blue clay.

Many lakes like this can be found located in the Yellowstone National Park of the United States.

The view beyond the horizon

When you reach your goal, it is even more inspiring.

In translation from Kazakh “Kosh” – “farewell”, “Agach” – “tree.” The name is associated with the location. In the Chui steppe, there are practically no trees.

The village is located at an altitude of 1500 meters above sea level, high in the mountains near the Russian-Mongolian border. From it to the border with Mongolia remains 50 km. A special pass (border zone starts) will be required to visit the area behind the village.

If a mountain could be compared to a man, I would say that these mountains are like Vikings. Powerful and incredibly courageous—that is what the mountains seem to me.

Perhaps this is how boundaries are erased and everything that is unnecessary is discarded. The mountains determine who you are. Can you become a warrior or will you give up? You play their game. You feel entirely different when you are in these mountains.

To see the horizon line and open views, you have to climb to the next hill, which is opposite the lake when you get back from the forest.

Night into the wild

Camp at the top of the hill between the mountains. For kilometers around, all you can see are the sky—endless freedom— and all you can hear are the native small animals.

When you travel as a hitchhiker, a night in a tent in the wild will be necessary at some point. This experience will reward you with new discoveries and new sensations and you will understand why many travelers camp along the way.

To choose such a place, you only need to look around.

The Dwelling Of The Gods

Mount Belukha is the highest point in the Altai Republic region, with snow covering the mountain. One of the largest mountain peaks in Russia at 4509 meters, this majestic monument of nature is called the shrine of the Altai mountains.

The climbers say Belukha is not for breaking records. It is food for the soul. At the foot of this mountain, there is an unprecedented and amazing atmosphere of openness, camaraderie, and brotherhood.

Local residents respect it and consider it sacred. People believe that Belukha is an antenna that receives information from Space and distributes it to the whole Earth.

Belukha has its own special character and is not afraid to show it.  She can meet you with a friendly hello but may not let you onto itself, hiding behind torrential rains and low, hanging clouds.

Having visited at the foot of the mountain or at its top, I want to believe that people begin to feel that they are a part of nature itself and that they would treat both nature and their fellow human beings with care.

Roads are what connects us together. They call for adventure. They remind us, whatever happens, that we can always move forward.

This road is one of the five most beautiful roads in the world according to National Geographic magazine.

Landscapes change from lunar valleys to water basins and from the vast, desert steppes to the mountain massifs, rising up in front of your eyes.

The Chui highway winds through the valleys of seven rivers, between ten mountain ranges, through the passes and crosses two high-mountain steppes, covering a distance of 953 km.

It became the first full-fledged road connecting Russia and China. And starting from Siberia, you can rush to the Indian Ocean.

In total, my journey covered 1694 km through the territory of the Altai Republic, taking six days. 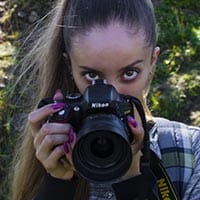 Victoria Krasyuk is a photographer who lives in St. Petersburg, Russia. Visit her photography website.