Cash: Think it Won’t Happen to You?

Like so many other twenty-something-year-old women fresh out of university, I was desperate to travel around Europe and take some time out before getting into the hustle and bustle of working life.

This kind of travel is a rite of passage for youngsters. It gives you a chance to get out and find yourself in the world, gain confidence, and meet new people.

Travel can also teach you a number of important lessons. I found this out the hard way when my handbag was snatched from me on the streets of Germany. In what was a nightmare situation at the time, I learned to be much more careful with money.

A False Sense of Security

After saving up what I thought was enough, I exchanged my money for euros, said goodbye to my parents, and jetted off to my first destination in what was supposed to be a two-month adventure around Europe.

Germany had always been high on my list of places to visit, so I opted to go there first to attend the infamous Oktoberfest. This epic 16-day event in Munich attracts over 6.4 million people every year. I read that they usually consume more than seven million liters of beer there, so it seemed like the perfect opportunity to meet some like-minded travelers.

I decided to stay at the Wombats City Hostel Munich, which has a great rating on Hostelworld. It’s reasonably priced at around €50 per night for a bed in a dormitory. This is not bad for the location, which was a 14-minute walk from the entrance to Oktoberfest at Theresienwiese.

Staying in a spot like this is highly recommended for solo travelers because it’s virtually impossible to avoid meeting people. I literally dropped my backpack down on the bed and headed out with a couple of people of around the same age as me within minutes of checking in.

When staying in a dorm room, it’s not a great idea to leave all your valuables there. For this reason, I took my handbag with all my cash in it. It did worry me to have so much money on my person, but I was a responsible person. What could go wrong?

No Time to React

When you’re having a great time with new people in a city which is worlds apart from your hometown, you want to go with the flow and have them think you’re an exciting person.

Unfortunately, this can also lead you to let your guard down. I thought I was a streetwise kind of girl, but that night in Germany taught me a lesson I’ll never forget.

I had done some research into Munich before traveling and discovered that it was considered extremely safe in terms of crime. Unfortunately, having this knowledge probably made me less vigilant than I should have been.

Even though the instances of theft are fairly low, it doesn’t mean that they don’t occur.

A Matter of Seconds

Another thing I realized was that theft only takes a matter of seconds. I was walking back to the hostel with my two new friends after a great night of drinking and revelry.

We had stopped to cross the road when a motorbike with two people on board pulled up right beside us. Before I even had time to think, the bike zoomed off.

It was then that I realized that they had slashed the straps on my handbag and taken off with all my savings.

This split-second incident singlehandedly shattered my European traveling dreams. All my cash was gone and I was forced to contact my family to bail me out via a Western Union deposit. The trip had to be cut short and I returned home feeling foolish.

But it didn’t have to be that way. Indeed, if I had researched alternative payment methods before traveling I wouldn’t have been placed in such a dire situation. It is because I made that mistake that I want to help others avoid it.

One option that struck me as a much better alternative to carrying cash is Paysafecard. This payment system has become popular with hobbies and entertainment sites such as online casinos like these, where transactions can be done quickly, safely and securely. But it also offers a safe option for poor travelers who are worried about losing their funds.

This is a prepaid online payment method that makes use of vouchers with a 16-digit pin code. This makes it much harder for an opportunist thief to activate. Another useful system like this is PayPal, which exists solely online. There would be no way for a snatch thief to get at this.

My gap year adventure was cut short but, hopefully, this advice will help others avoid making the same mistake I did. The main thing to take away from this is the fact that no matter how streetwise you think you are, theft can happen in the blink of an eye.

The way to minimize the amount of loss that occurs is to spread your travel funds out into different options so you always have a backup. 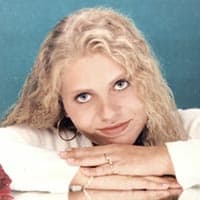 Susan Darwood is a freelance writer who lives in London. She’s planning to return to Munich’s Oktoberfest despite what happened, this time she’ll leave the cash in the bank.