This beautifully photographed guidebook offers history, access information, maps, and top quality photography of Japan’s UNESCO world heritage sights. Japan’s World Heritage Sites: Unique Culture, Unique Nature will bring you from the holy, snow-capped Mount Fuji, to ancient palaces, temples, gardens, and museums and will leave you inspired by Japan’s diverse and unique beauty. The book features 21 sections, with each section focusing on a specific World Heritage Site or a number of World Heritage Sites in the same city or town and will leave you longing to take a trip to Japan.

Of the twelve castles which remain intact from Japan’s samurai age, Himeji is the biggest and best-preserved.  It combines a sophisticated defense system with the beauty of design, such that it has been compared to a bird taking flight (hence the nickname, the White Egret Castle).

It was built on a grand scale yet with sensitivity to the landscape, as a result of which it appears integrated into nature.  It seems extraordinary that this robust complex was made from only the simplest of natural materials: wood, water, stone and clay.

The proportions of the castle are staggering.  It is fifty times larger than the Tokyo Dome and the combined length of the walls totals three miles (4.8 km).  The tallest sections is 85 feet (26 meters) high, built entirely without mortar so as to allow for earthquakes.

When the builders ran short of stone, they resorted to tombstones, coffins, and temple lanterns, some of which can be seen in the fabric of the wall.

Also visible is a small grinding stone that belonged to a widow who was moved by the shortage to donate her precious kitchen implement. It prompted other donations and helped speed up construction.

Every aspect of the castle was built with defense in mind.  The network of storehouses and residences was arranged in a maze-like manner so as to confuse attackers, and even today with signboards pointing the way tourists can find the layout baffling.

The 84 gates of the castle (only 21 remain) were designed to channel attackers into a spiral of narrow passages where they could be shot at from above.

The castle walls have roughly 1,000 loopholes—circular, triangular and rectangular—from which rifles and arrows could be fired.

Some of the design details are ingenious.  The castle walls are coated with white plaster that was resistant to fire, and one of the moats served as a water reserve for fire-fighting purposes.

Windows have bars that look like wood but are actually metal to prevent them from being sawn through.  They are also hollow inside to allow for drainage of rainwater from roofs.

The long corridors have concealed openings for rocks or boiling liquid to be dropped on attackers, while guardrooms were designed to enable ambushes.  If all else failed, a special area was reserved for hara-kiri.

The centerpiece of the castle is a 150-foot (46-meter) main tower, which effectively doubles the height of the hill on which it stands.

From the outside it seems to have five floors but, in fact, it has six plus a basement (the fourth and fifth floors are constructed to appear as one).

The structure is strengthened by two massive wooden pillars that stand on a stone foundation, and from the top are commanding views that on a clear day extend as far as the islands in the Inland Sea.

The castle’s formidable defenses were never put to the test, for they were constructed at the beginning of the long period of Tokugawa stability which lasted until the mid-nineteenth century.

Yet the castle’s survival today is a minor miracle, for it not only remained intact through the Meji-era modernization when other castles were destroyed as a legacy of feudalism, but it survived the plans of a property developer to demolish it and the bombing of the surrounds in World War II; a bomb landed but didn’t explode.  It also survived the destructive force of the Great Hanshin Earthquake of 1995.

An extensive five-year restoration program, due for completion in 2014, means that the castle will continue to be one of Japan’s great treasures, recognized by UNESCO for its exceptional historical and aesthetic value.

More than simply a castle, it constitutes a masterpiece of construction which serves as a tribute to the prowess of its makers.

Small wonder then that it has been a favorite for filmmakers, including famously the James Bond movie You Only Live Twice (1967) as well as Akira Kurosawa’s samurai classic Ran (1985).

Though its military use is over, Himeji Castle represents a shining showcase of Japan’s pre-industrial achievements. 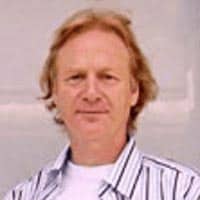 John Dougill is a professor of British Studies at Ryukoku University in Kyoto Japan.  He has written many guidebooks and history books about Japan, as well as 12 Japanese college textbooks and a book on British film.  He is currently very interested in Japanese spirituality and spends his free time playing chess, writing haiku and visiting Shinto shrines.