A radiant sun peeks over the Adjaran mountains at daybreak, illuminating the Soviet-era high rises and futuristic Batumi skyline on the Republic of Georgia’s southwest coast.

A salty Black Sea wind permeates the urban sprawl of Adjara’s exuberant capital as the palm trees oscillate on the seafront promenade.  According to legend, a similar wind guided Jason and the Argonauts to this coast thousands of years prior in search of the Golden Fleece.

In the 5th century BC, it brought Greek settlers and eventually the Romans in the 2nd century BC.  In those times, the region was part of the ancient kingdom of Colchis.  Today, it’s an idyllic stretch of Adjara’s coast from Batumi to the Georgian-Turkey border town of Sarpi.

Aside from its beaches, ancient fortresses, and enchanting scenery garnished with Adjarian charm, the coast is rooted in mythology and antiquity.

Along with its casinos, elegant seafront promenade, peculiar architecture, and beaches,  Batumi lauds its mythical history.

The photogenic Europe Square in central Batumi holds a prodigious statue of Georgian princess Medea hoisting the Golden Fleece she helped Jason and the Argonauts acquire according to the legendary tale.

Commissioned in 2007 by pro-West president Mikheil Saakashvili, the statue serves to underscore Adjara’s recent disconnect from Russia and emphasize a kinship with Western civilization.

Once part of the USSR,  Adjara is now an autonomous republic within Georgia embracing a European derived identity.

My wife and I arrange a taxi near Europe Square for a 13 km ride down the coast to the ancient Roman fortress near the village of Gonio.

A narrow corridor hemmed in by dramatic coastal escarpments and the rocky shores of the Black Sea cradle the solitary road to Gonio.

Emerging from the roadside in quintessential Roman arch design, an imposing fortress gate fashioned from a formidable facade of stone castle walls and towers, portals us to a once-thriving ancient civilization.

The vast interior includes ruins of living quarters, remains of a hippodrome, and an ancient Roman marketplace carved from stone.

An eroded gravestone adorned with a wooden cross marks the location where according to folklore, St. Mathias an original apostle of Christ, was buried after being crucified over 2000 years ago.

The fortress at Gonio is far from a garnished tourist attraction but an active excavation site.

“We have yet to uncover all the mysteries of the Gonio fortress,” a guide says to an Irish couple vigorously snapping photos.

A precarious ascent up the fortress wall’s eroded stone steps rewards me with far-reaching views of an ethereal Adjaran countryside that has changed very little in a thousand years.

From the parapets of the castle walls, as if a scene from a Tolkien novel, tall grass fields lead to a progressive symphony of lush rolling foothills and crescendo into magnificent snow-capped peaks of the Caucasus mountains.

With origins shrouded in mystery dating back to the 8th century B.C, could this be where Jason and his Argonauts aided by princess Medea completed the trials of King Aeitas to acquire the Golden Fleece?

A colorful reggae bar on the beach near the charming village of Gonio compelled us to rest for a moment and enjoy a local Argo beer, named after the legendary ship that brought Jason and the Argonauts to these shores.

An enormous cross atop a large hill presiding over Gonio echoes the iconic imagery fervently displayed throughout Georgia.  Christianity introduced by the Roman empire thousands of years ago remains a pillar of Adjaran life today.

Fortuitously, we are able to wave down a passing marshrutka (shared taxi-van) and join a large Turkish family heading to the border town of Sarpi, our next intended stop.

Four kilometers of overhanging cliffs and a rapidly narrowing coastline channel us to Sarpi’s nucleus where a small collection of Adjara style houses, shops, small casinos, and a school, coalesce around the border crossing with much of the village ascending into the surrounding coastal hills.

The town’s centerpiece is an old Orthodox Church where pious residents are embroiled in a bitter fight to prevent a casino from being built next door.

Sarpi is home to the Laz subgroup of Georgians that hold an ancient festival known as Kolkhoba every year in late summer where the myth of Jason and the Argonauts and the Golden Fleece is performed on stage.

An unusual futuristic building mounts the border crossing separating the Georgian town of Sarpi, and the Turkish village of Sarp.  Nearby, a large collection of plastic tables under yellow umbrellas clamoring with local Georgians, Turkish travelers and

Vendors display an assortment of baklava and freshly baked Georgian breads filled with meat and cheese while providing necessities for the beach crowds and those pausing at the border amidst their travels.

After indulging in some Adjarian Khachapuri colloquially known as “Georgian pizza” we descended down a nearby cliffside stairway to Sarpi beach.  Unlike Batumi, the water held a refreshing clarity, the beach was clean, and there were few Russian tourists to contend with.

Rows of trucks sat halted at the border while the drivers smoked Turkish cigarettes, sipped tea, and took in a Black sea horizon atop the cliff overlooking families enjoying a delightful beach day.

The jagged coastal sierras surrounding Sarpi interrupt the trajectory of passing billowy clouds before sending them to sea.

On the return trip to Batumi, I’m fixated on the Black Sea horizon imagining the Argo carrying Jason and the Argonauts to these shores thousands of years ago. The Adjara coast is a scene straight from the pages of a Greek epic and it is no wonder locals celebrate the region’s mystical past.

While it’s debatable if the Golden Fleece existed or is nothing more than a legend, the allure and natural beauty of this coastline are undeniable.

Getting to Batumi, Republic of Georgia:

Daily buses from Trabazon and Istanbul 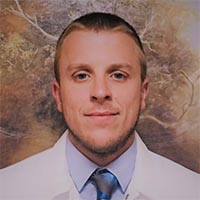 Adam Bush is a travel writer based in Denver, Colorado and a graduate of Morris Travel Journalism program possessing a keen interest in developing unique stories often tied to offbeat travel destinations.