Little Known Minsk Will Surprise You

We landed in Minsk Belarus in the weak sunshine of a late winter’s afternoon, that first time.

The arrival lounge was no different from the countless others that we have transited through in the past, only less busy.

That has changed over the past few years, as more international carriers are operating flights in and out of Minsk.

The ride to the city from the airport takes 40 minutes, on a well-maintained highway. My husband and I were surprised to see signage in English, both on the highway to Minsk and in the city.

This was in preparation for the World Hockey Championship which Belarus hosted, we were informed. Ice hockey is a popular sport in Belarus, second only to soccer!

In fact, our hotel, which appeared to be a throwback to Soviet times, was in reality, purpose-built for the hockey championships. For our subsequent visits to Minsk, we opted for the familiar comfort of Hampton by Hilton.

The first mention of Minsk can be found in 1067, in the Chronicles of Nestor, a monk in the Monastery of the Caves, in Kyiv. However, some archeologists now believe, that the city began further back in history, as an ancient hillfort on the banks of the river Menka, some 20 km southwest of its present location.

After being ravaged in a fierce battle, the settlement was apparently moved to a new location, which in time grew to be the city of Minsk.

The name “Minsk” in all probabilities, is derived from “Menka”, the once-mighty river, now a sluggish brown trickle.

The gentle hills rising from its banks are wooded and filled with bird song. There is a plaque commemorating the fortified settlement that once existed, in a clearing in the woods. The rest is left to the imagination!

Sadly, centuries of turbulent history, have erased all traces of antiquity from the city of Minsk.

Today, it is a modern metropolis, rebuilt in the 1950s, after being almost completely destroyed during WW II, in a grandiose, Stalinist style of architecture: massive squares, wide boulevards, imposing public buildings and plenty of green spaces.

It now has a population of close to 2 million, which is steadily growing. Despite the frenzy of construction going on all over the city for the past 2 years, as it prepared to host the Second European Games in the summer of 2019, Minsk remains neat as a pin.

Sights and Sounds of Minsk

I took my first tour of the city on a frosty morning in March, with Sasha our guide. Our first stop: Independence Square, dominated by towering buildings in the classic, constructivist style of architecture and presided over by a larger than life statue of Vladimir Lenin.

In fact, almost thirty years after the demise of Communism, Lenin continues to preside over many a town square in Belarus, even today.

In sharp contrast to the somewhat grand austerity of Independence Square, is the charming Red Church. Built entirely of red bricks, the interior of this neo-Romanesque church is bathed with iridescent light, pouring in through its many stained glass windows.

Liberty Square in Upper Town is graced by the beautiful, white Town Hall, with its classical colonnaded façade. It was rebuilt after World War II, to look like it did in the early 19th century when it was the commercial and cultural hub of the city.

In the summer months, the square is lively with street performers, throngs of people shopping for souvenirs and enjoying the many coffee shops and restaurants in the area.

The Town Hall hosts a popular Jazz Festival which features international musicians. A short distance from the town hall is a former Catholic church.

As with many historic buildings in the city, it has had a layered past and now serves as the Children’s Philharmonic Concert Hall.

A brisk walk from Liberty Square is a charming museum, dedicated to the revival of the traditional “Batleyka” puppet theatre.

The use of the Belarusian language in the telling of a biblical story points to its resurgence in modern Belarus.

The museum also showcases many traditional musical instruments, the “duda” and the “lyra’ among others, which were often incorporated in the storytelling.

Walking back to the car park, Sasha took me up some narrow streets with characterful houses built around central courtyards, some with the finely crafted window trims, that I have come to admire.

Built in 1613, the Cathedral of St Peter and St Paul is the oldest Eastern Orthodox church in Minsk. Despite being solidly built like a fortress, hearkening back to a time when churches were not only places of worship but of refuge in times of strife, it does not have a commanding presence, as is located in a commercial street. Once inside, however, it is stunning with magnificent icons on a richly ornate iconostasis.

What we see today is how it stood for three hundred years: quaint houses with tiled roofs, painted in shades of peach and amber, on both sides of narrow, cobbled streets.

Historically it was a middle-class neighborhood, where artisans and tradespeople lived.

Today, it is decidedly upscale with restaurants, coffee shops, and museums, one dedicated to Maxim Bogdanovich, who in the 1900s initiated the revival of the Belarusian language and its literature.

Bolshoi Ballet on the Cheap

We saw two performances at the National Bolshoi Theatre for Ballet and Opera last summer in Minsk. Both outstanding, world-class productions.

Two tickets each for two shows, not including wine between the acts, for a total of 40 USD! Built in 1939, the theatre is a striking white building in the constructivist style, surrounded by a leafy park and adorned with fountains and sculptures.

Minsk boasts of some excellent museums with nominally priced entrance tickets. I spent the better part of an afternoon in the National Art Museum during our last visit, admiring the drama and movement of Ivan Aivazovsky’s marine paintings and the lyrical beauty of Isaac Levitan’s “mood landscapes”. Surprisingly no Chagall.

Marc Chagall, the avant-garde artist was born in Vitebsk in what was then the Russian Empire and is now the Republic of Belarus.

Though he left Vitebsk as a young man, never to return, except temporarily after the Russian Revolution, the sights, sounds and emotional landscape of his hometown, informed his works, throughout his life. His childhood home is now a museum, which we visited, during our road trip through the region.

In a city of many parks, Victory Park is the largest. It is Lake Komsomol within the park which caught my fancy!

A vast expanse of shimmering water, with a mostly wooded shoreline, right in the middle of the city! We went early one morning, just to enjoy its tranquil beauty, before heading out for a coffee “Americano”.

Eating Out in Minsk

We opted exclusively for Belarusian cuisine when eating out in Minsk. Serving hearty fare on terracotta tableware, “Kamyanitsa” (Anteroom) is a favorite.

The owner and chef of the “Gambrinus” has been researching into the culinary past of the region and presenting dishes like “Vereshchaka with Buckwheat Pancakes” to his patrons. Popular in the 18th century, this dish was apparently a regular feature at the royal table of the last Polish king, Stanislaw August Poniatowski!

Rather more modest in its offerings is “Vasilki” (Cornflower, the national flower of Belarus), a cozy family restaurant, where I enjoyed a cold salmon salad, a complex and layered creation, apparently reserved for special occasions, washed down with black tea, which is had in great quantities in Belarus. Always with sugar and sometimes with honey!

Or if looking for something more potent, there is, of course, Belarusian Vodka.

The real attractions of Belarus, for us, lie outside the city limits of Minsk, imminently accessible by roads in good repair. There are excellent open-air museums showcasing rural life and architecture in Ozersto and Dudutki.

There is a poignant memorial to those who perished during WWII, in Khatyn. Belarus lost a third of its population, its thriving Jewish communities all but decimated.

There are stately homes, primeval forests and glacial lakes fortresses, and castles, most in ruins, some restored. The fully restored Radzivill castles in Niasvizh and Mir are UNESCO World Heritage sites.

Churches and monasteries dot the countryside. If finding beauty in unexpected spaces, is one of the rewards of traveling, then Belarus is generous!

In an ancient land, ravaged by the weight of its history, one can still see timeless, pastoral scenes, reminiscent of John Constable’s bucolic paintings of 18th century England. 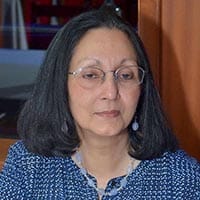 Subha Basu Ray is enjoying reading and traveling to little known destinations upon retiring. She has traveled extensively through East Europe in the past four years. She moved with her family from New Delhi, India to Canada, almost thirty years ago, and now lives in Ottawa, Ontario Canada.