Montpellier, the capital city of Herault, Occitanie was once a tranquil fishing village. Now it’s a cool city with a hip vibe.

With an average of 300 days a year of sun, a historic center, architecturally thrilling new town, fabulous bars and restaurants, sandy beaches, plus culture by the bucket load – Montpellier offers something to please absolutely everyone.

The pedestrianized place de la Comedie is the beating heart of the city and a popular meeting point. The locals call it Place de L’ouef (Egg Square), thanks to its oval shape.

Don’t miss Café Riche in the square, it’s an institution and favorite meeting spot for locals. Cool down with a refreshing Perrier water whose source is between Montpellier and nearby Nimes.  website

It’s an art “ecosystem” which pulls three major venues together to bring a diverse and enormous range of contemporary art to the city. There are two exhibition centers and an art school.

The first is the Hôtel des collections, in the former Montcalm hotel, a 19th-century mansion, with exhibitions of international collections (public or private); second, La Panacée, free contemporary art center located in the former historic Royal College of Medicine; and the third is the ESBA (Montpellier Superior Fine Arts School).

Tip: La Panacée has a great restaurant with an architecturally chic interior and shady terrace. It’s seriously trendy and full of savvy locals who love the great value lunch menu, fabulous fresh local produce and the fact that you can borrow books from the shelves.

The Sunday morning brunch is very popular. Unlike the rest of the week, you can’t book in advance so get there early to bag a table.

Tip: Lovers of urban culture will enjoy the Halle Tropisme in the 4,000m2 Creative City space in a series of former army warehouses, dedicated to cultural and creative industries. website

Deconsecrated in the 1980s, the church of Carré Sainte Anne is now a spectacular setting for contemporary art exhibitions and installations. As the sun pours through the beautiful stained-glass windows, the artworks take on an extra special glow.

Founded in 1828 by artist François-Xavier Fabre in what was his home and gallery, the huge Musée Fabre has a fabulous collection of more than 800 works spanning several centuries. Over the years the venue has grown and now occupies three buildings.

Don’t miss the monumental and provocative works by Pierre Soulages, one of France’s greatest living artists. You can easily spend half a day browsing at this museum and on a hot day, it’s lovely and cool inside! website

The new districts of Montpellier

The city has been growing for a while. At first, the growth went north towards the hills. But, in a calculated decision to control the rate of growth and make it something special, the town is spreading south to the sea. The initiative was hatched in 1977 by then-Mayor Georges Frêche. The goal was to create the perfect city. The architectural team started with a blank canvas and turned the outskirts of Montpellier into a real-life laboratory of architecture. It is a total contrast to the old town and yet, it works.

The Antigone neighborhood, named after the ancient Greek play, was erected principally during the 1970s and 1980s. It has plenty of grand neo-classical style buildings and wide-open boulevards, including the central axis, nicknamed the Champs-Elysées by locals. The most innovative architects in the world have designed buildings here but it’s happened in a very organized way.

It’s not a messy hodgepodge of looks, there’s a consistent theme being woven through this new part of Montpellier. Wide-open spaces, building height restrictions, even the look has to a certain extent been controlled although architects have been given a free hand overall. The New York Times listed Montpellier in its top 100 architectural cities to see before you die.

French markets are the best! And, there are several markets in Montpellier including Marché des Arceaux in the Peyroux district, west of the old town. In summer the smell of lavender and cheese, just baked bread, warm fruit and slowly roasting chickens is nothing short of drool-worthy. Most people miss this market – don’t, it’s wonderful!

There’s also a covered market, Les Halles Laissac, in the old town. Here you can buy fresh produce and enjoy it straight away at a table beneath the vibrant stained-glass dome designed by a student and teacher team from the MoCo Ecole Supérieure des Beaux-Arts.

The Promenade du Peyrou is a long street which cuts through the centre of the city and leads to the Place Royale du Peyrou which was built to showcase a statue of Louis XIV on horseback. At one end is the Porte du Peyrou, a triumphal Arch. Many people think the arch is Roman, but in fact the Romans never went to Montpellier. It was built in the 17th century, modelled after Porte Saint-Denis in Paris. The Peyrou esplanade gives a panoramic view over the city and the surrounding area.

The city is rich in street art but don’t miss place Édouard Adam, not far from the train station, with its huge trompe l’oeil depicting the exterior of several houses. The tourist office runs a guided street art tour.

Montpellier has a rich history which includes the oldest university of medicine in Europe and the Jardin des Plantes was once a medicinal garden. Today it’s a tranquil and shady oasis in the city, ideal for a stroll or just to sit and relax.

For a different sort of walking tour, discover the immense Aqueduct de Castries, built in the 18th century, inspired by the nearby Roman Pont du Gard. It’s the largest hydraulic structure ever created in France for a private individual. Visit the Tourist Office for details about the Castries trail. https://www.montpellier-tourisme.fr/offre/fiche/aqueduc-de-castries/PCULAR034V507Q38

From the city to the Beaches

A visit to the seaside is an integral part of the Montpellier experience. Hop on tram line 3 in the city centre for an 8km, 20 minute city centre to Pérols, the stop is a mere 800m from the Mediterranean Sea. From April to September, beach cafés open their doors and there are pop-up restaurants and event/concerts.

Tip: Take a bike ride out to the beach, through the Antigone and Port Marianne districts and along the Mediterranean trail between vineyards and lagoons…

In this lively city, there’s no shortage of bars and restaurants to choose from. If you’re looking for a bar with a relaxed vibe and great wine list, L’Atelier Bar a Vin in the Place de la Canourgue is hard to beat. Locals love it but visitors rarely find this romantic square, the oldest in Montpellier, from where you have a wonderful view over the St Pierre Cathedral. For sheer glamour, the terrace of the Hotel Mercure is perfect for an aperitif in its lush green courtyard (you don’t have to be resident to enjoy it).

What to see close by

Montpellier is a great base for seeing the surrounding area.  Just 20km north is the Pic Saint-Loup mountain. Go kayaking in Saint-Guilhem-le-Désert (bus 308 if you don’t have a car).

Take the train to Séte and explore the lovely town that’s famous for its oyster production…The tourist office offers a wide range of day trips to local areas. https://www.montpellier-france.com/

Nimes, just 25 minutes away by train, is home to one of the best-preserved Roman arenas in the world – it is a stunning sight. The Roman influence is everywhere in this city, from street names to a superbly preserved temple and several ruins.

Nimes Museum of Romanité: The Museum of Roman History in Nimes has a collection of 5000 exhibits ranging from mosaics and murals to ceramics and statues. Through innovative scenography, you’ll discover the fascinating Gallo-Roman period of this area. There’s also a 3,500 m² archaeological and Mediterranean garden. A green roof terrace offers panoramic views over the city. https://www.nimes-tourisme.com/fr/

23km from Nimes is one of the most famous Roman monuments of the area, the Roman Aqueduct Pont du Gard. This giant of an engineering masterpiece is three stories and 50 meters high and 2,000 years old. It stands shimmering in the barren heat against miles of unspoiled landscape and in total defiance of the centuries. You can take a tour and there’s a fascinating museum. http://pontdugard.fr/fr 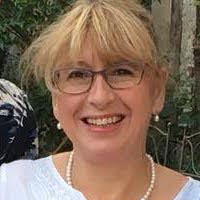 Janine Marsh is an author, travel writer and editor of www.thegoodlifefrance.com. When she’s not writing at her home in Pas de Calais, she loves to explore and seek out the many treasures and secrets of France.