Taxiing through Chiang Mai from the airport, I smell change in the air, or perhaps it’s smoggier than years past. No, it’s more than that—I see widespread construction in the form of airport expansion, a new convention center, and new five star hotels.

I hear from the driver about widening roads, a new design center, and a night safari opening at the zoo. Thailand’s Second City is pining for a spotlight on the international stage, as an economic, cultural, and transportation hub.

A moat with partially restored fortress walls encircles the Old City, and the metropolitan area is encompassed by hilly landscapes and tribal villages that produce some of the world’s finest handcrafts.

The low cost of living now becomes a mixed blessing—it’s projected that at least 300,000 people will buy houses and land here over the next three years.

An area that already has over two million inhabitants, the bloom may fall off the “Rose of the North,” as the city is affectionately known, unless careful urban planning is done to offset a Bangkok-like nightmare. Can Chiang Mai retain its special charm while steering towards a sustainable future?

That’s what I’m here to discover…

Before unearthing raw material to process and make conclusions, I must get grounded after being airborne for 18 hours. Arriving at the gate to Ban Sabai Spa Village, I noticed chickens bobbing and roosters strutting, a reminder that I’m on the outskirts of Chiang Mai where head-banging city clamor is non-existent. “Sawat-dii ka!!!” chirps the cute Thai lady behind the desk, welcoming me to Shangri-la.

The open air lobby boasts vivid, scented flowers and towering palms, framed by classic Chinese and Lanna furniture. A path winds through a serene tropical garden to nine Lanna-style cabins perched high above the ground, which are composed of several tropical hardwoods inside and out.

Ban Sabai has an extensive menu of “sustainable” treatments — massage, reiki, bio-energetics, aromatherapy, herbal steam sauna, a detox and fasting program. The only caveat is if you’re sensitive to smoking — they allow it in shared areas, a nod to the predominantly European clientele.

It’s like allowing liquor to be drunk at an Alcoholics Anonymous meeting, if you ask me.

Ready for Thai-style sustenance, I exited in a cab to Just Khao Soy, an open air restaurant with an art gallery of Buddha statues and Angkor relics. They served a scrumptious bowl of Kai Sam Sai (free range chicken and vegetables in a broth) with optional additives in mini-bowls (coconut milk, lime, chilies, pickles, shallots, and brown sugar).

The coconut milk was a life saver, as its cooling effect moderated the intensely spicy soup. Happily stuffed, I hopped in a tuk-tuk and pulled up to the Writers Club & Wine Bar, where owner Robert Tilly was spinning yarn, and a new acquaintance recited poetry about pillows, which made me sleepy. I wilted around 10:30 and my first night’s sleep lasted just four hours, due to a biological clock malfunction called jet lag.

There was plenty of time to write and stare at the ceiling before breakfast and a 40-minute drive to Jang Nak village, where they create elephant wood carvings for export. Their flagship creation is one they’ve toiled over collectively for two years — a five meter high (about 17 feet) wooden elephant with three heads, carved so meticulously you could see every ripple representing the elephant’s skin.

According to legend, walking under an elephant’s stomach three times brings good fortune, and so I did. Not sure if it holds true for wooden ones, however.

Before dusk I visited Wat Suan Dok, which includes a temple, a Buddhist university, and a 620 year old cemetery that is beguiling at sunset. The temple sponsors a “Monk Chat,” giving tourists an opportunity to learn about a monk’s lifestyle. Armed with pad and pen, I was keen to cull an interview for this article.

An energetic 23-year-old monk named Khamsing invited me to his table, and opened with a barrage of questions about my work, family, marital status, where I live, thoughts on life, and America. I slid my pen and pad across the table to him, which provoked laughter.

Finally I learned about his daily routine — up at 4 am for 30 minutes of chanting, one hour of meditation, 15 minutes of cleaning his living space, then to the streets for food donations, study four hours, lunch, school from 1-5 pm, more chanting at 6 pm, a bath, and study until bedtime. What is most important to him about Buddhism? The discipline. Does he think about sex? Only in passing moments, “like when a sexy girl passes by.”

The next day a taxi took me to school… cooking school. “Think of someone you hate,” the instructor quipped, as she demonstrated the traditional mashing of curry paste with mortar and pestle. “Think of this small green chili as a teenager with raging hormones,” she cackled, describing the hottest chili around. Each of us created Panaeng curry paste from scratch, adding chicken, veggies, and spices.

That evening I was led by Mai, a Thai lady friend, to a street fair where I witnessed the exotic “Fawn Tian,” or Candle Dance. The choreographed stage position consisted of five female dancers draped in traditional Lanna attire, carrying lighted candles in each hand between their thumb and forefinger. The majestic swaying of their shoulders and upper torso with the candle flames flickering softly created a spellbinding spectacle.

Afterwards I took Mai to Guitarman, a café where I jammed on harmonica with a lanky, long-haired, leaping Yank named Ritchie, and a Thai guitarist nicknamed “Apple” who was engaging as he sang an American pop tune with Thai accent: “I chot duh cherreef, boot I deed noat choot duh depoodee…” After the revelry it was comforting to return to the quiet confines of Ban Sabai, and get a full night’s sleep for a change.

Later that week I went to City Hall, where I presumed the mayor’s office would be. Not in Chiang Mai. It was the other side of the city. I showed my letter of assignment and credentials to the mayor’s secretary, and she booked a meeting with the mayor for 11 am next morning. Cheerleading to the foreign press takes precedence over everything. I walked in the next day to greet a friendly, diminutive man of 48, though exhibiting the nervous energy of someone who had no time on his hands.

I gave him a signed copy of my book; he gave me a designer pen.

Mayor Boonlert outlined a commendable action plan for his city, some of which is already in effect—a fleet of boat taxis on the river, and bio-diesel minibuses on the streets. There is a proposal to build 11 piers and 10 additional boats to further reduce street congestion and pollution, while adding some romantic spice to the city.

A network of bicycle paths and electric trams is in the works. New technology to turn the city’s garbage into fuel for electricity will be operational soon, and an ambitious program to recycle used cooking oil from both residences and businesses, to convert into bio-diesel fuel, is being considered.

The mayor envisions his city as the hub for what is known as the Greater Mekong Sub-Region. One possibility is a Japanese-style bullet train to link Chiang Mai with neighboring cities on the Mekong River, including Kumming (China), Vientiane (Laos), and Mandalay (Myanmar).

“Chiang Mai tourism and trade promotion could easily be expanded into the neighboring countries of southern China, Laos, Myanmar, Cambodia and Vietnam in the Greater Mekong sub-region,” he stated.

“Our city has many unrecognized advantages, such as informal trade links, local crafts, ten international schools, a leading heart treatment center at Ram Hospital, as well as a strong and advanced agricultural sector through which Chiang Mai could become the region’s leading city. But this can only be realized by concurrently improving our environmental standards.”

I was relieved and encouraged that Chiang Mai may become the model city for sustainable living. It will give me impetus to return time and again to this fun, fascinating, and flowering “Rose of the North.”

Doi Suthep – Most important temple to see with great view. Over 1,000 meters above sea level (3,520 feet).Suthep Road, 15 kilometers west of the city 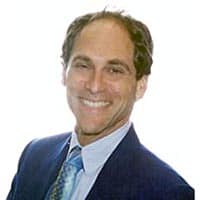 Terry Braverman travels internationally as a professional speaker, seminar leader and writer. His primary topic is based on his bestselling book, When the Going Gets Tough, the Tough Lighten Up!