Going on safari is a bucket list travel adventure that may have you need a vacation from your vacation.

To say we had close encounters with wildlife on our South Africa / Botswana safari is an understatement.

To do a safari well, you need to find the right lodges with good transportation.  When there, expect to get up after dawn for coffee and the morning game drive followed by breakfast.

Then nap, relax, swim, edit photos and meet for afternoon tea before the afternoon game drive complete with sundowners (British for sunset cocktails) in the bush.

Then repeat and repeat and move to the next lodge.  We did this at four game parks with a break at the majestic Victoria Falls. At all of the parks, we saw almost every animal the region is known for up close and personal. 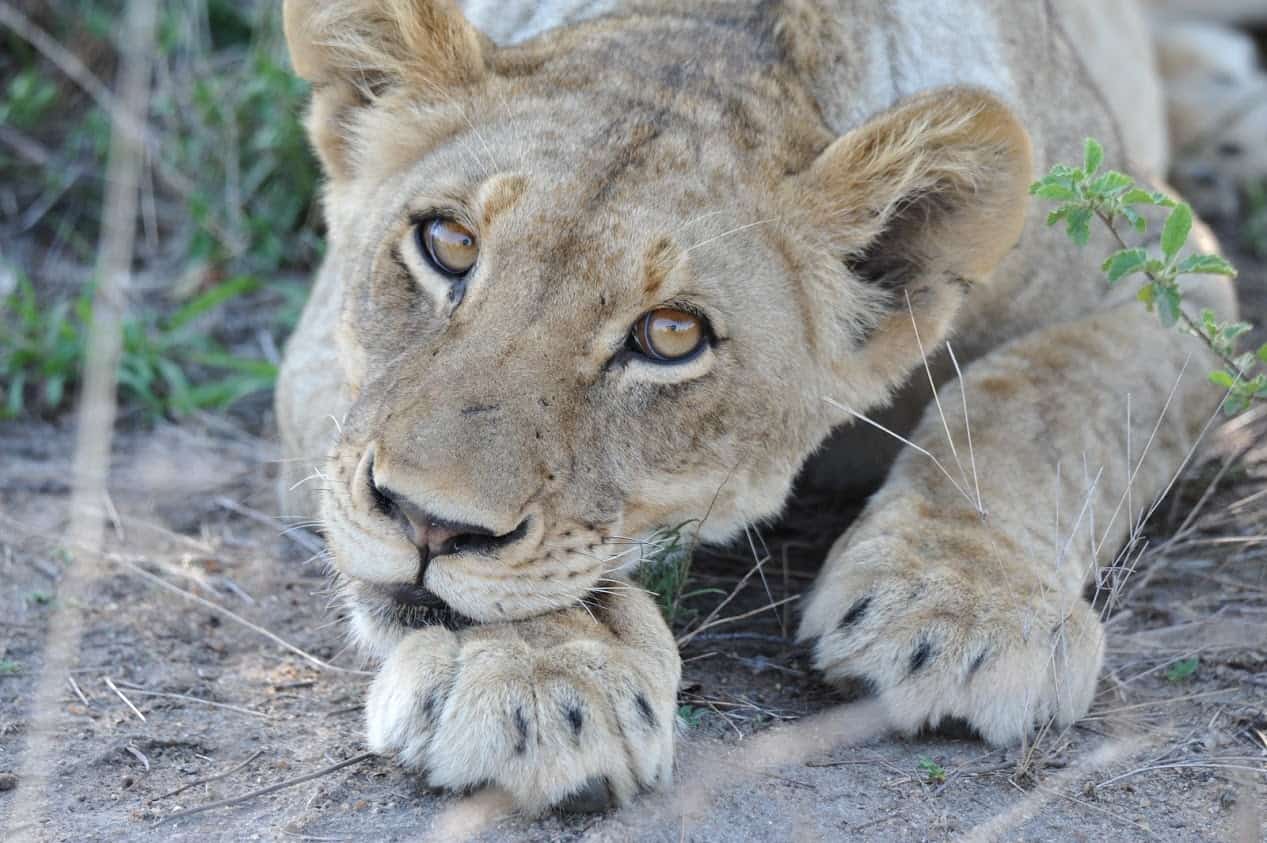 Based on local recommendations our first lodge was at the And Beyond Phinda Private Game Reserve (www.andbeyond.com) located within the 70,000 acre KwaZulu-Natal Reserve.

This was the only place our 4X4 was all allowed to leave the dirt roads to follow the animals and their tracks.  Here we had a driver/guide and a tracker who sat on a seat at the bumper.

On our first morning, we followed the drama of a lioness and her older and large cubs as she was deciding on whether to join back to the pride or stay with the cubs.

In the middle of this drama, our guide Kerri told us to stay very still as the lions walked within four feet of our open 4X4.

Click here for a short video to see what it is like.  When mom walked back to the cubs there was a lot of nuzzling that made a touching scene.

We also followed a cheetah as she went from mound to mound with her cubs staying away from the lions and watching for prey.

On the southern end of park, we mixed it up close with a dozen elephants and giraffes together.

We also viewed an unusual meeting of 17 white rhinos in a field one afternoon (there are only 16,000 left in the world).

The Rhino Post Safari Lodge (www.rhinopostsafarilodge.co.za/) in Kruger National Park was our next stop for three nights.  This lodge and its tent/cabins sit remotely next to a dry river and a watering hole where we viewed rhinos and buffalos at night.

Kruger is about 4.9 million acres or the size of New Jersey.  It is a big popular place with paved roads to get you to hundreds of miles of dirt roads.   Rhino Post is a concession lodge that has exclusive use of 12,000 acres. It means no outside 4X4’s are allowed on the concession but guest’s game drives go anywhere.

At Kruger, our animal numbers were not as high as other parks visited, however, what we lacked in quantity we made up in rare sightings.

This started with seven wild dogs on their morning hunt and hearing the horrific shriek of an impala kill just out of sight.  The shriek triggered hyenas to run in front of our bumper one a time.

We then heard the fight between the hyenas and dogs which ended when the dogs were outmatched.  Seconds later the vultures flew over as they heard the kill too and were waiting for their scraps.

We learned there are only 400 dogs in Kruger.  Other rare sightings included a sable which is a species of antelope having a black body and white face, of which there are less than 1000 in the park.

Shortly after we spotted the endangered black rhino 100 yards behind the bushes.  Poaching has decimated their numbers from 65,000 in 1970 to about 5000 now.

On the way to sundowners, we spotted a leopard running across a field.

On our last morning, our guide stopped a mile from the lodge to observe a pride of young lions sitting and sleeping along the dirt road.

Our guide wished us to stay longer saying we brought good luck of the rare sightings.

Victoria Falls is a must-see when in this region of Africa. It spans is 1.2 miles between Zambia and Zimbabwe and has a 354-foot drop.

Our visit was at a mid-water level which meant nearly all the falls were running on the Zimbabwe side. The advantage here was seeing the deep narrow canyon.  In the wet season, the visibility can be nearly zero and will soak you and your camera.

We enjoyed our leisurely walk on the paths to the viewing spots.  Click for a 25-second video   While here take your passport and walk to the bridge to see the bungee jumping and the view. Try a two-country kiss in the middle of the bridge.  For the evening relax with a Wild Horizon (www.wildhorizons.co.za) sundowner cruise viewing the sunset and wildlife.

During our cruise, we saw a river crossing of 25 elephants including babies having their heads underwater but using their trunks as snorkels.

After the cruise go to River Brewery, a micro-brew pub for a casual dinner.

For our two nights, we liked the old world charm of the Victoria Falls Hotel (www.victoria-falls-hotel.com).  This elegant Edwardian style five-star hotel is filled with furniture, photos, art and old posters from the British Empire.

Their pool is a wonderful escape from the mid-day heat while watching the warthogs mow the lawn.

The first of two nights in Botswana was in the Chobe National Park at the Ghoha Hills Savuti Lodge (www.ghohahills.com). It has a commanding view of the savannah from a bluff.

Each night we left our 8 foot screened window shade open so the morning’s orange glow would fill our cottage before our game drive.

The lodge looked down on a waterhole that had an occasional elephant. During our four game drives, we saw a diverse amount of animals.

These included a few different kinds of antelope, several lions including a couple on their “honeymoon”, many jackals, mongoose, cheetahs, and giraffes.  One morning we surprised a pack of elephants 75 feet from the road where they don’t see too many 4X4’s.

The startled matriarch, with babies at her side, flared her ears and then threw up her trunk twice saying to stay away.

Normally this would be the end of it and we all move on.  The problem was she startled two elephants next to her that thought they should charge.  Our guide, engaged the gear and hit the pedal to move 100 feet and stopped to show we were not a threat.

When the two came at us we left quickly.  Our guide said he has seen 4X4’s flattened by upset elephants.  It was a morning jolt not soon to be forgotten.

This was a very unusual occurrence as we have seen many elephants in Africa that walked as close as 10 feet from our vehicle going about their business.   To see “honeymoon” lions cross our bumper click here

After shooing two ostriches from the airstrip so our ride can pick us up, it was a 30-minute flight in the bush plane to the Okavango Delta.  Taking off I thought of the irony of two flightless birds on a runway.   Our last two nights were spent at Camp Moremi, (www.moremi.com) in the Moremi Game Reserve.

This was the most visually appealing place during our trip with the largest tented cottages spread out for plenty of privacy.  Our bathroom had a large double shower with a private view of the jungle.  For our afternoon safari, we traded the 4X4 for a boat.  After departing we floated over to reeds to see a ghost white frog holding on.

From there we cruised the channels viewing different birds and hippopotamus groups.  We toasted to a fine day with sundowners as the sun set over the water to the west followed by a full moon rising to the east.

Our next morning game drive had a few surprises. First, we came upon several crocodiles tearing into an antelope pulled into the water moments earlier. We watched the carcass spin as the crocs sunk their teeth into and then lunge up to get the meat down their throat.

From there we headed to another area for a water crossing only to see a nearly drowned SUV with an older South African couple who had been stuck since midnight. (Note to self: never drive in the bush by yourself at night and cross a river you don’t know well with crocs nearby).

Here the lodges four 4X4’s converged with four tow ropes and spent an hour pulling him off a sand bar while we had tea. Our morning drive ended with a surprise pop up lakeside bush breakfast while watching elephants across the way and keeping our distance from the shore because of the crocs.

The two remaining drives were productive as we got close to a pack of elephants, watched young male antelopes play fight and then followed three young lions getting ready for their hunt. The last morning highlight was viewing and following 25 dogs as they started their second hunt. Here we followed the dogs, then passed them to anticipate where they would be so they would run by us and view them.

One dog ran still had a fresh bone in its mouth. The guides were very pleased to see these rare animals in a healthy condition.  Our morning drive sadly ended at the airstrip for the bush flight that would connect us to our flight to Cape Town and back to civilization for five days.

Do not think of roughing it when you hear about tent accommodations. Think cabins or small houses that happen to have canvas walls and a private patio. Our last tent had a double sun shower, separate toilet room, and a large double sink.  There was no “roughing it” here.  Don’t get hung up on ratings.

The biggest difference between four and five stars was A/C in the tents and the much higher cost for it. This should not be a deal-breaker due to cooler nights, very large screened windows, and fans.  While all five stars include laundry and drinks, many four stars do the same.   Food everywhere was always very good and they were very attentive to allergies.

Before each dinner, the staff would sing local songs and then introduce themselves along with the food and wine served.    At night, guests must be escorted to their tents.  This is because animals walk through the park freely and the escorts are trained on how to act when they see animals.

In the morning at various places, we saw water buffalo, lion, leopard, and elephant footprints near our door.  We were always safe, but we never wandered in the dark.

We used Edge Travel (www.edgetravel.co.za) based in Cape Town. They tailor-make each adventure and are responsive via email at mark@edgetravel.co.za.  By dealing with local people via email and phone we saved 20%.  More important they know the lodges and the most efficient ways of using bush planes. A 30-minute flight can save several hours on bumpy roads in a hot 4X4.  Bush planes are part of the adventure.

Always use a credit card to protect yourself.

When going on safari consider a good camera and lens. For the camera buffs interested, I carried a Nikon D850 with a 70 – 300 lens and a Nikon D700 with a Tamron 150-600 Zoom. I had an advanced compact camera for animals that were within a few feet of us. 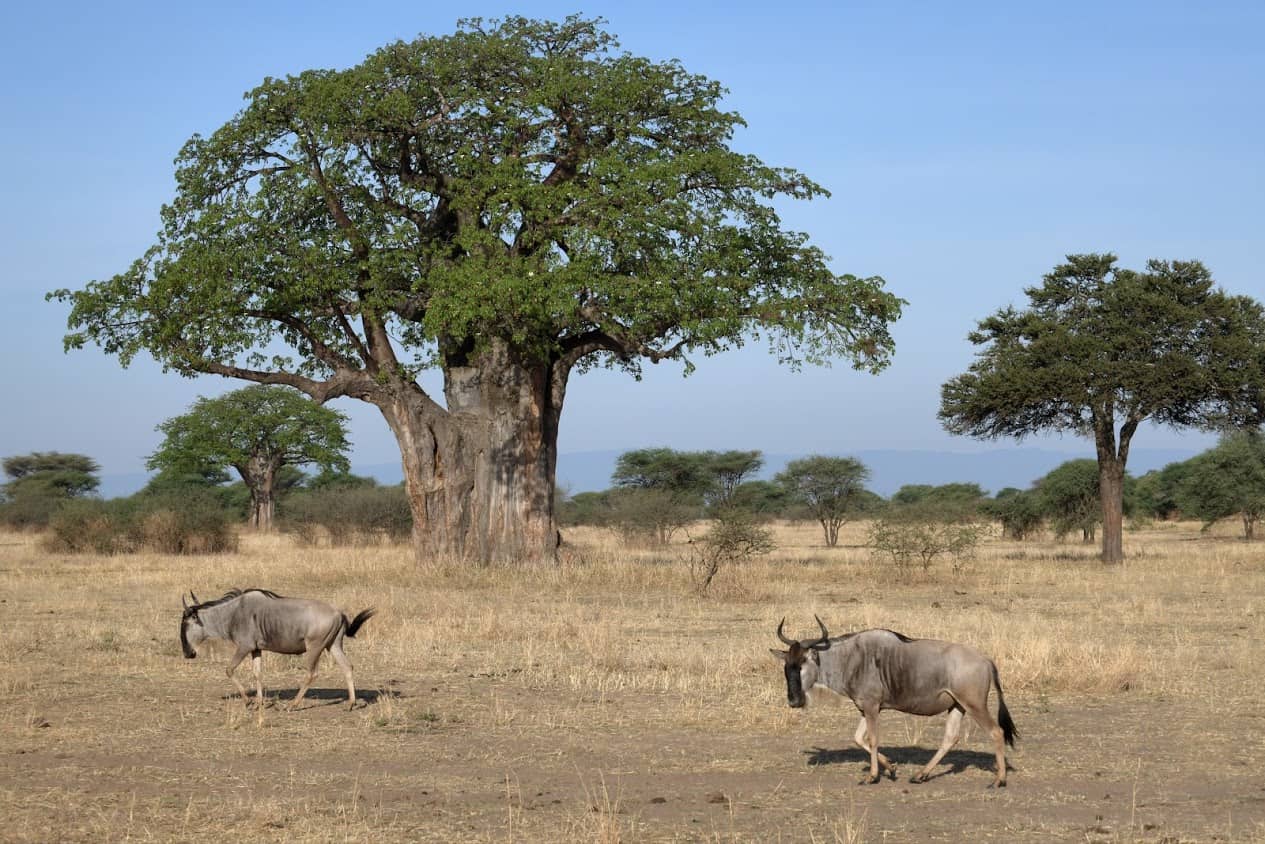 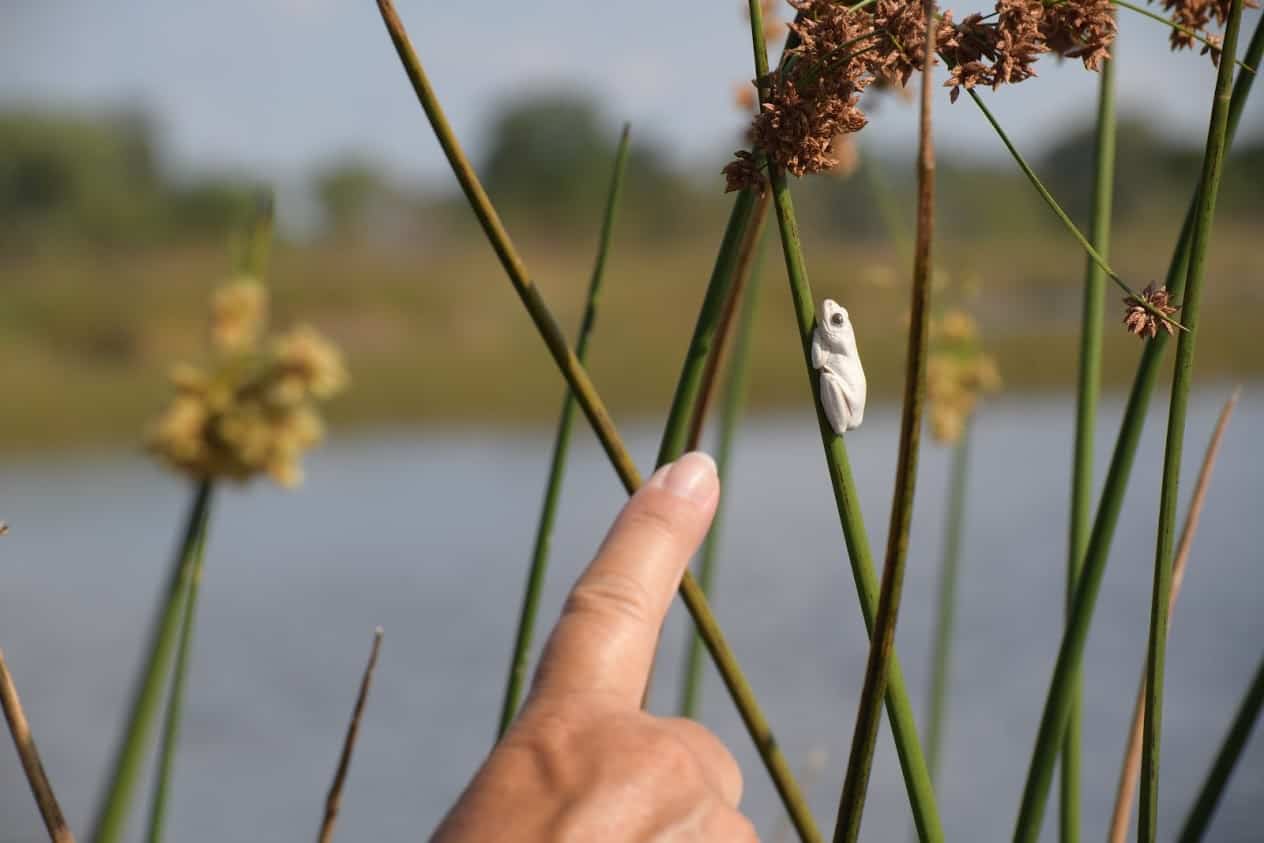 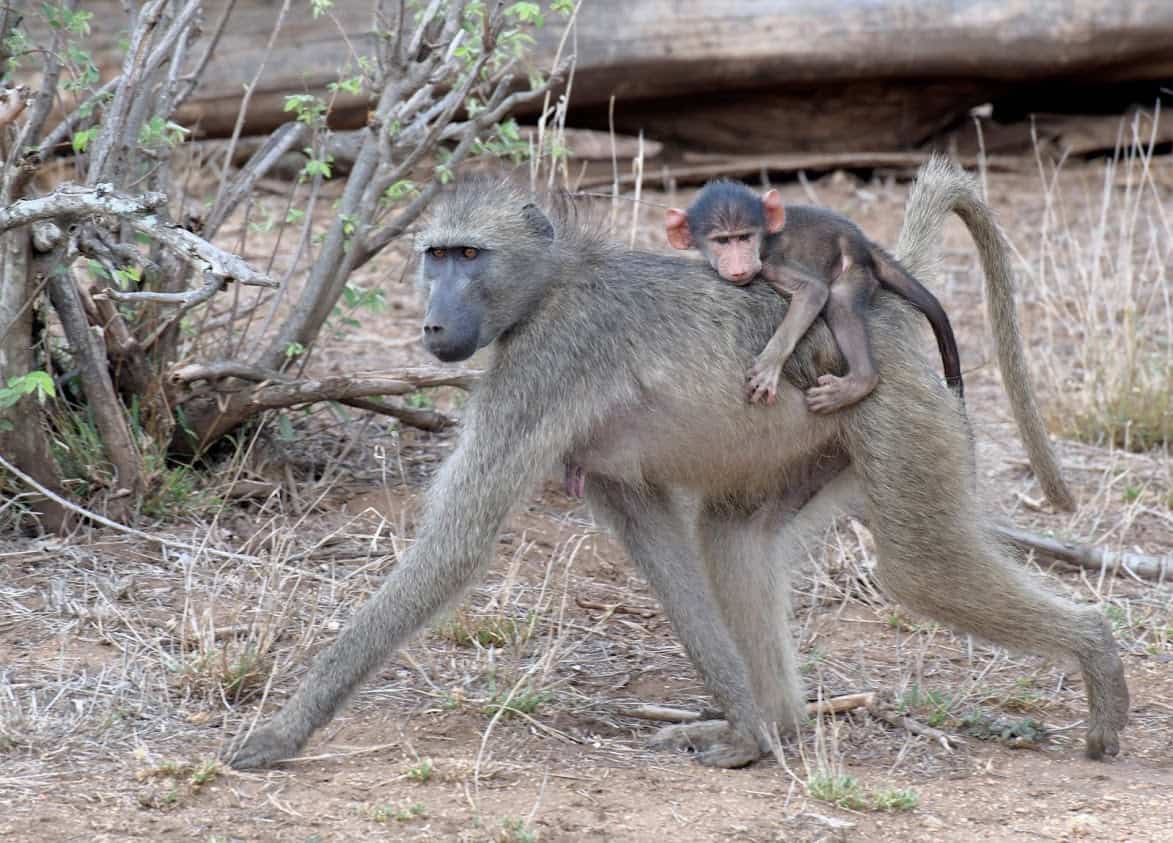 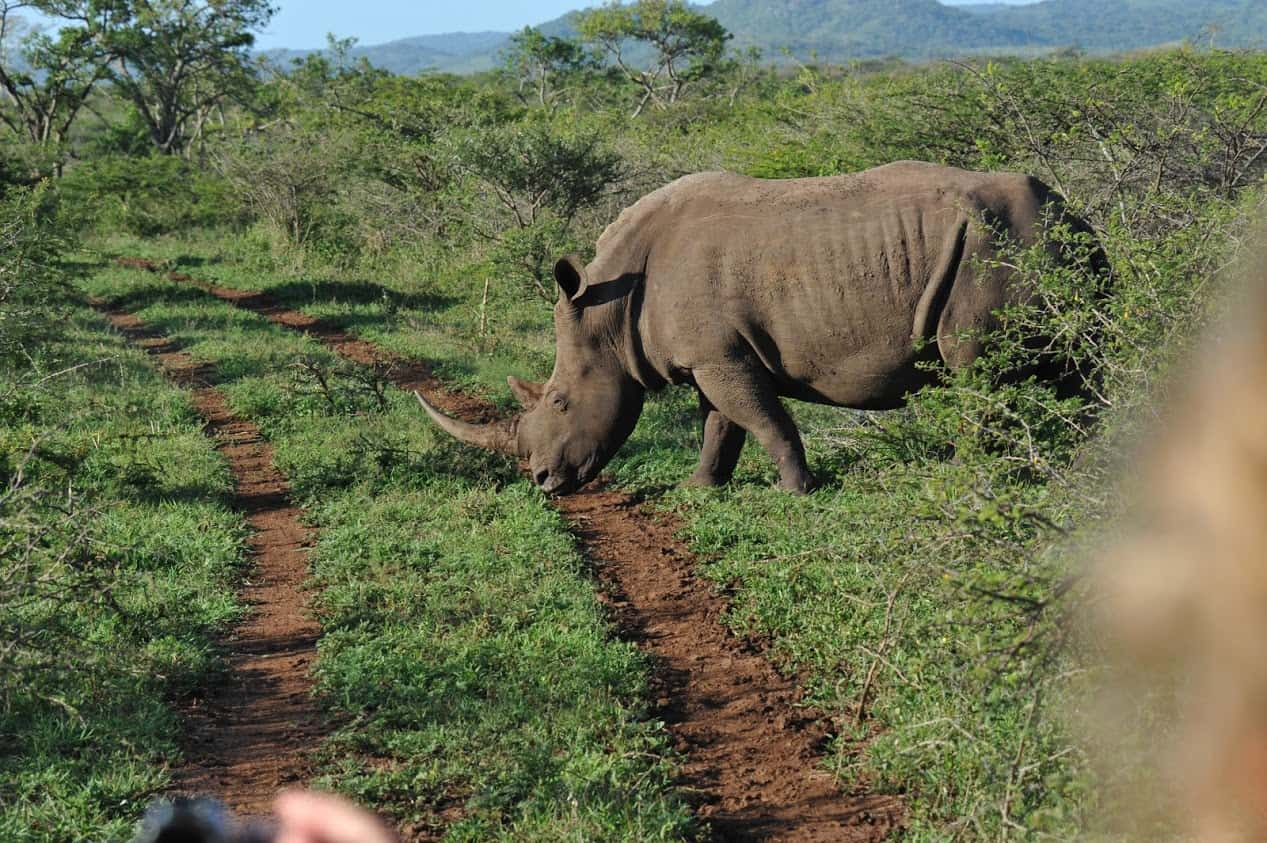 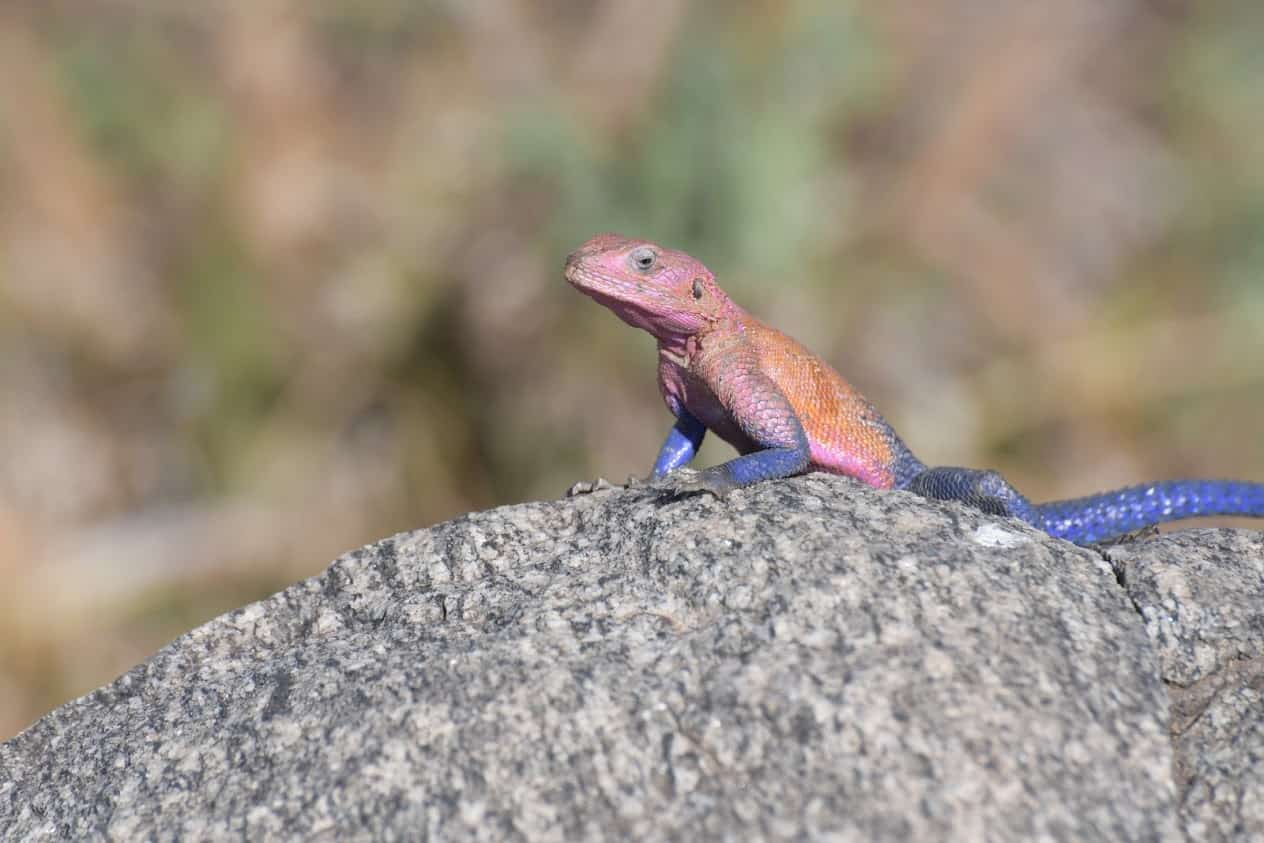 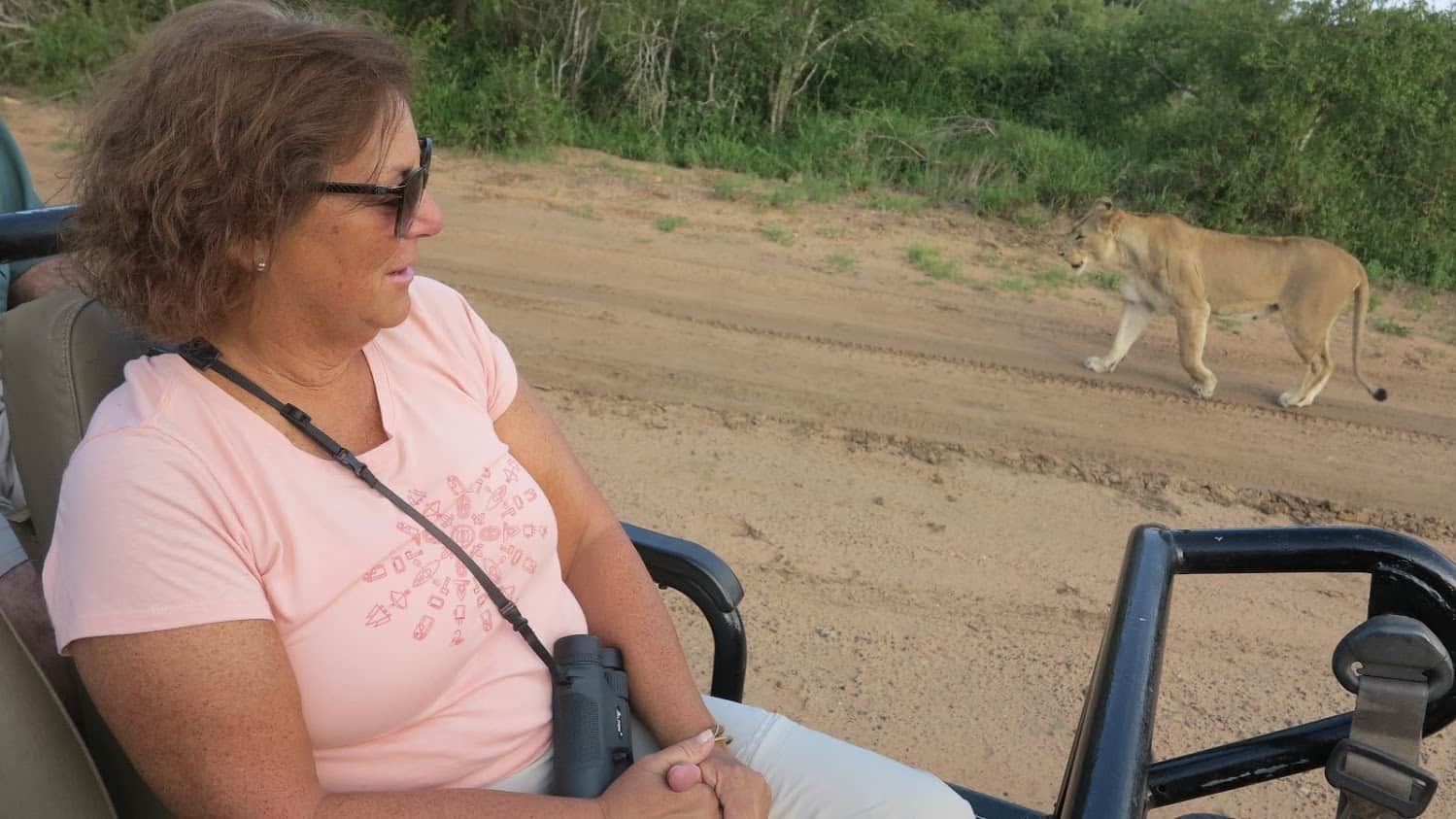 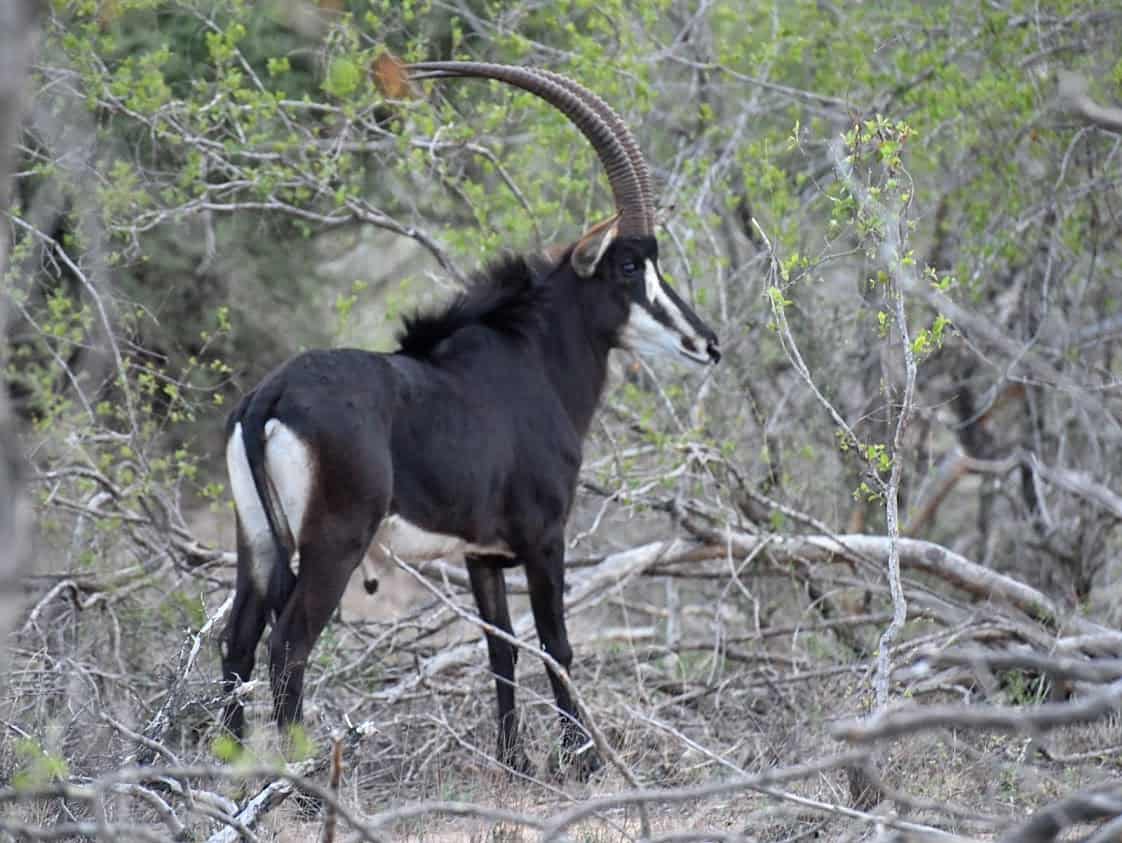 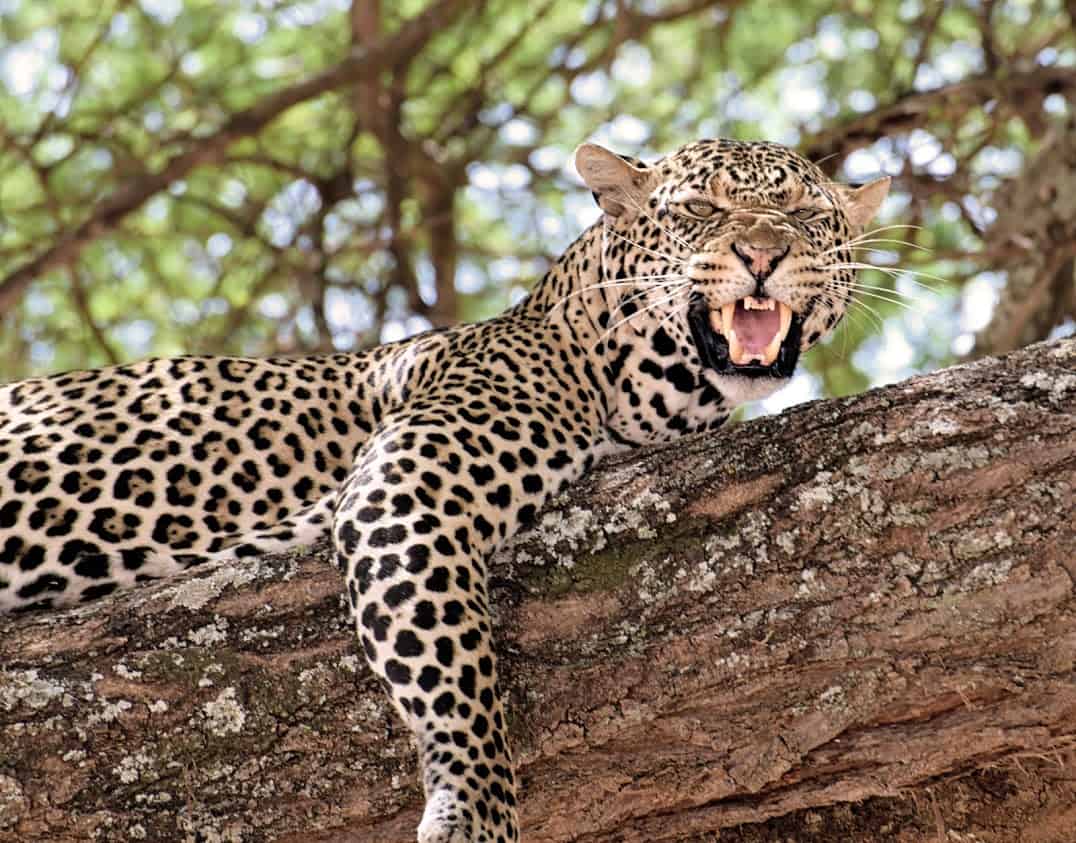 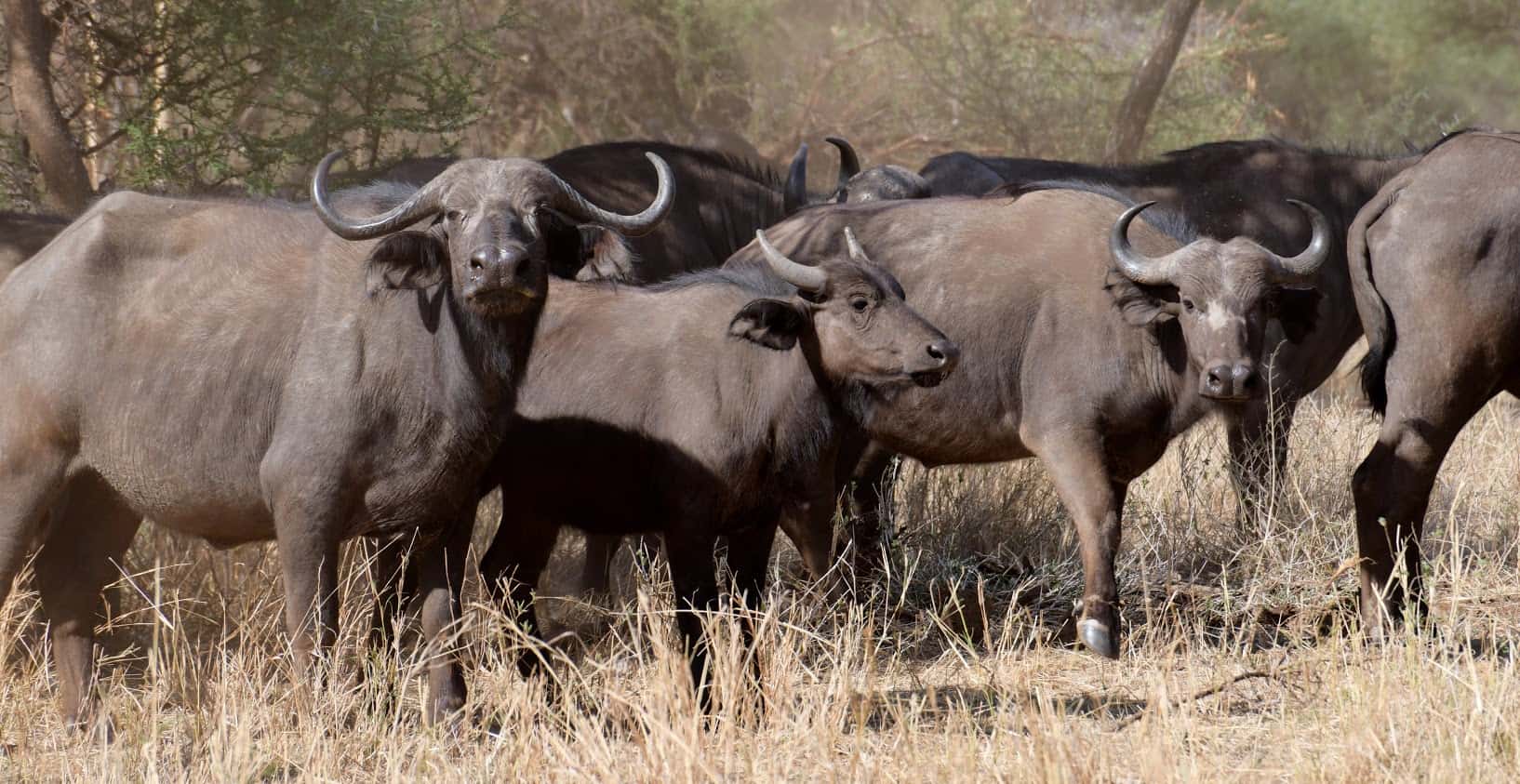 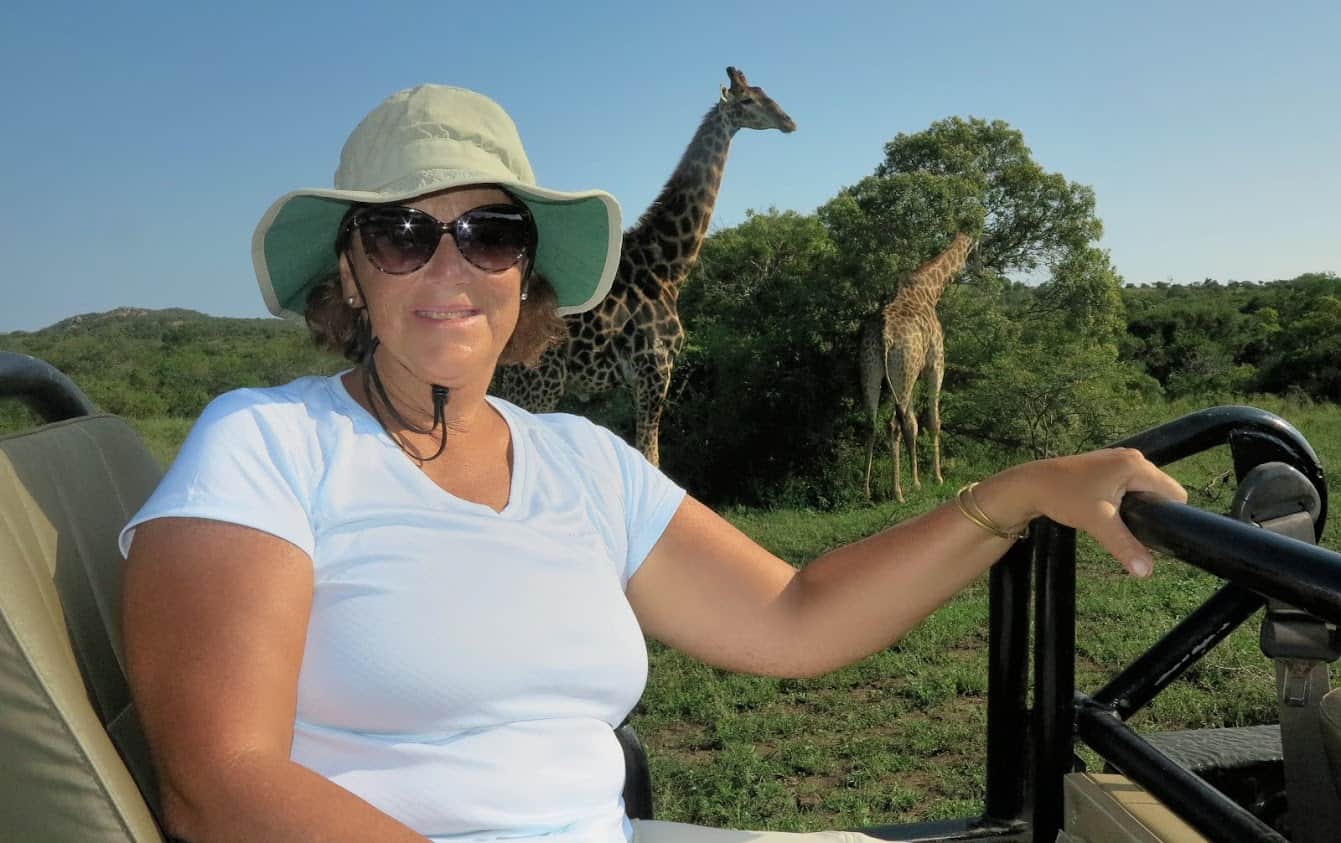 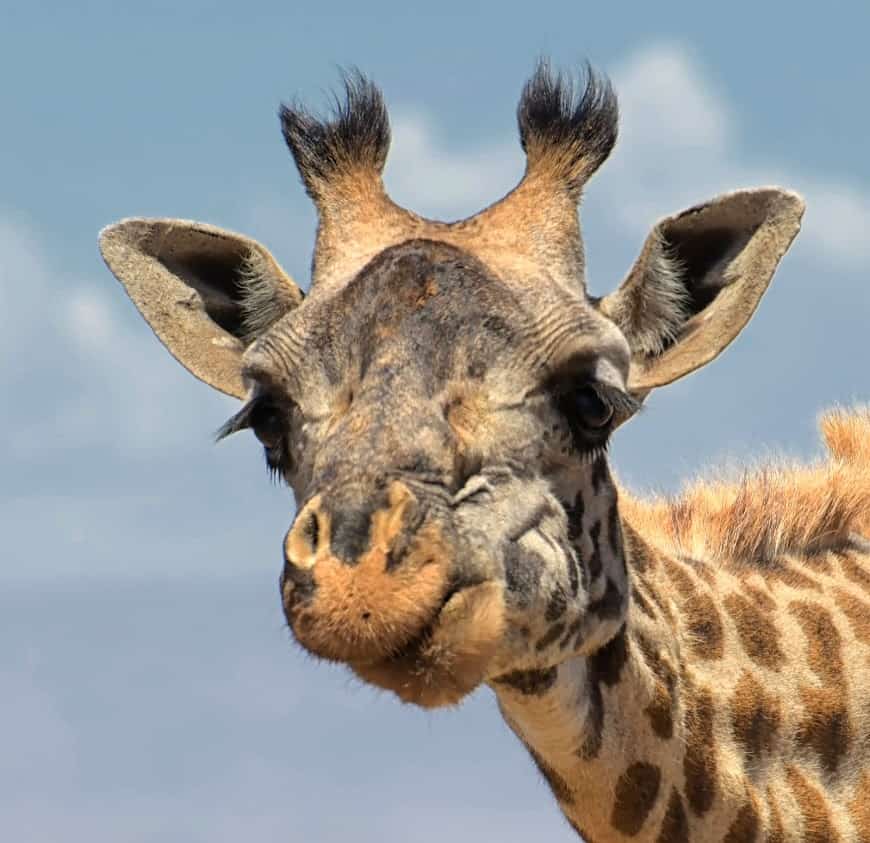 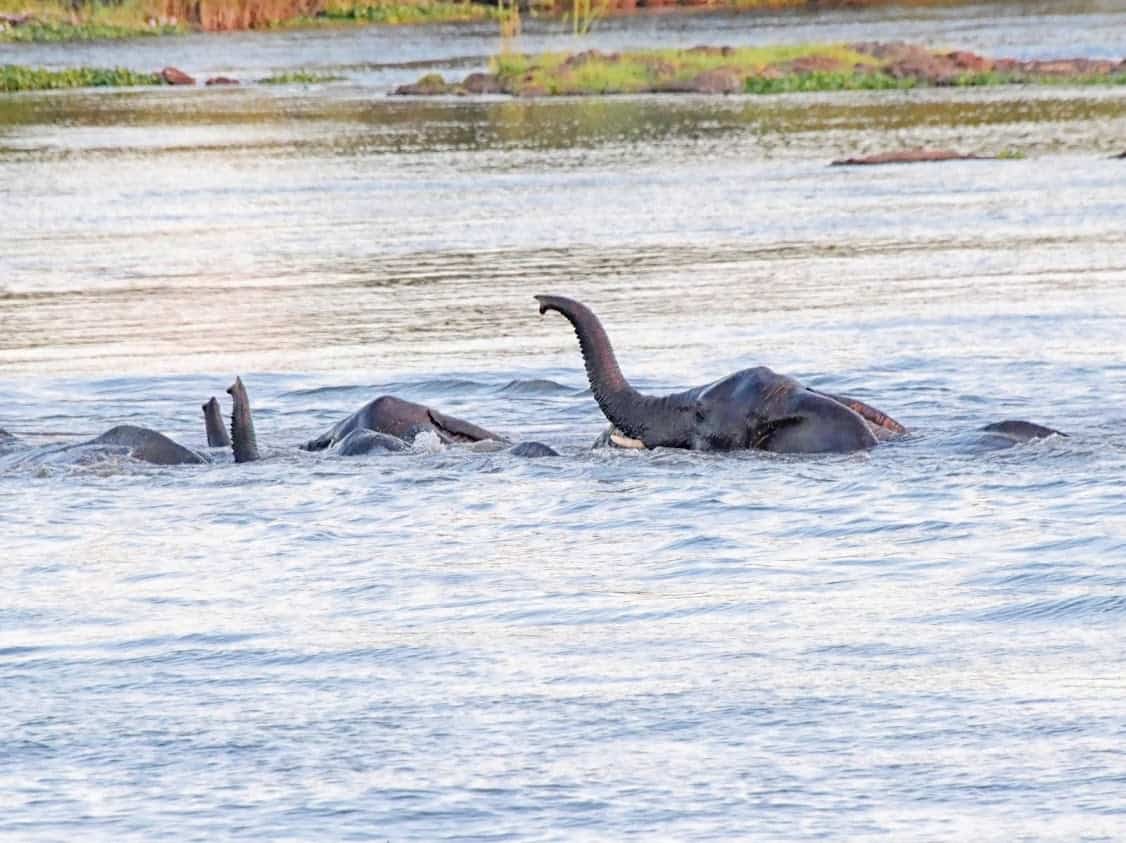 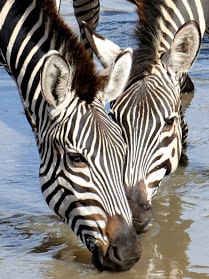 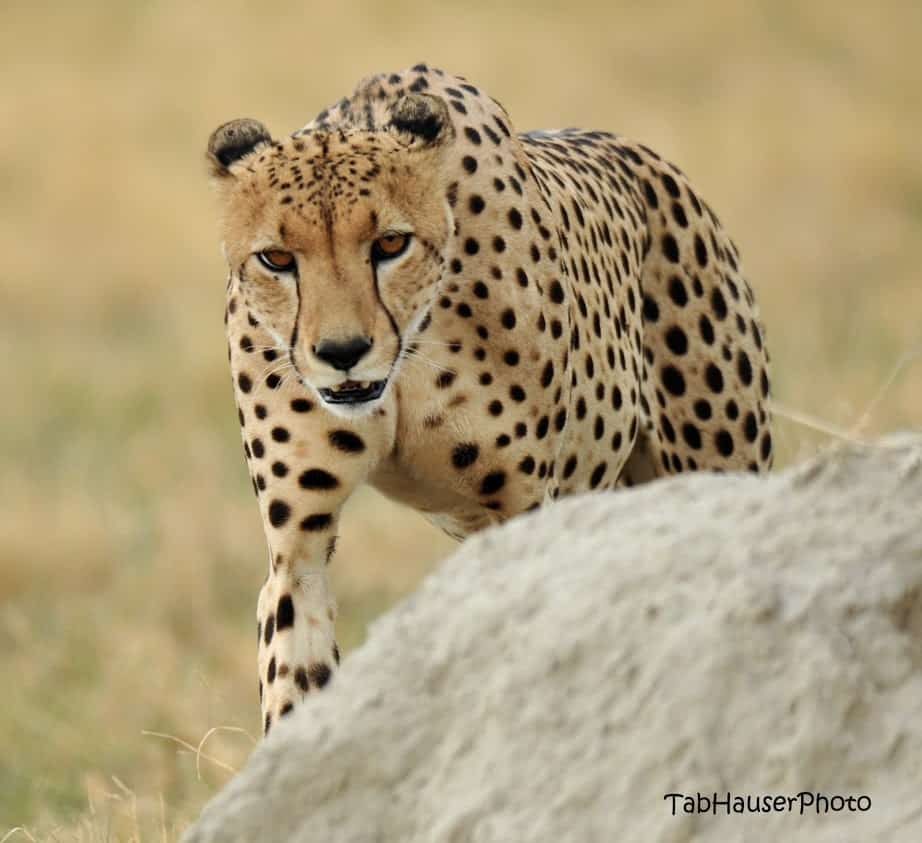 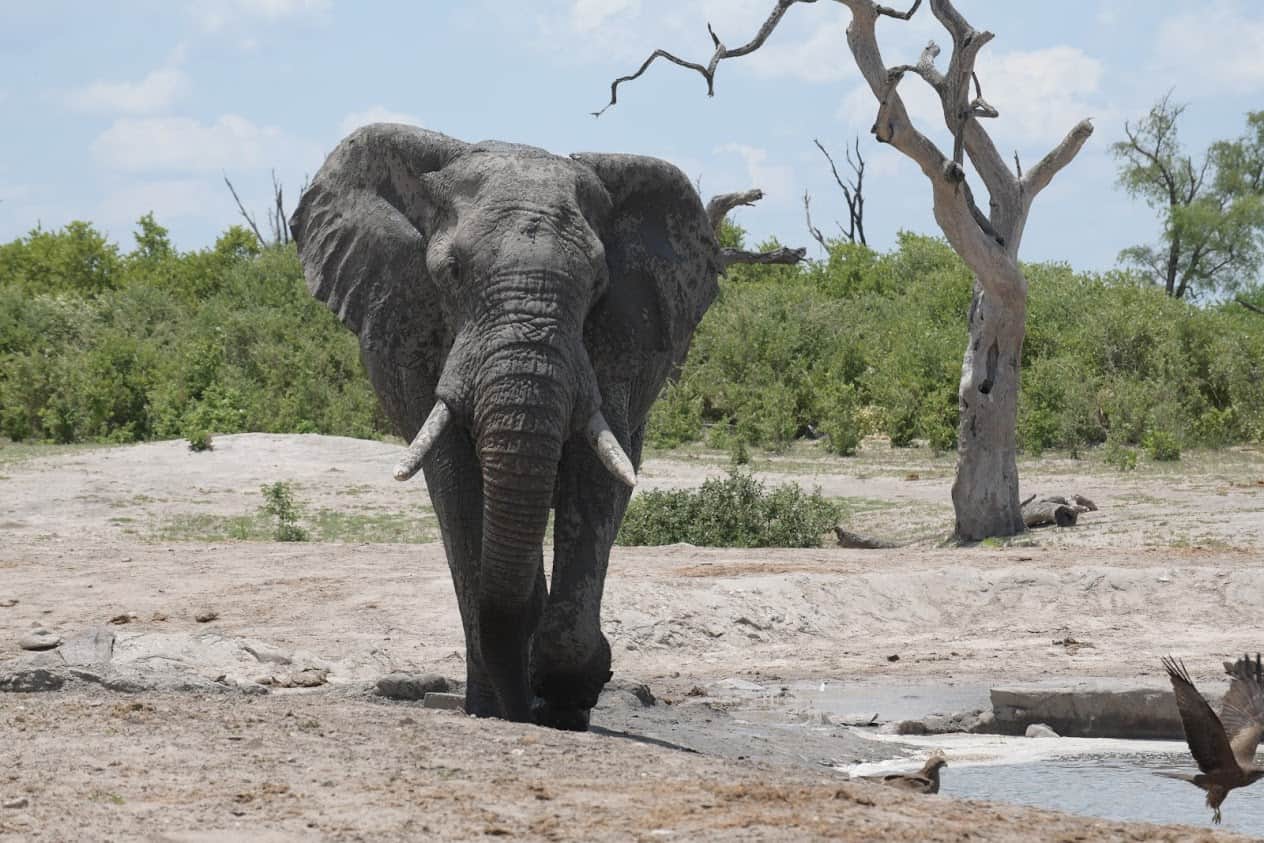 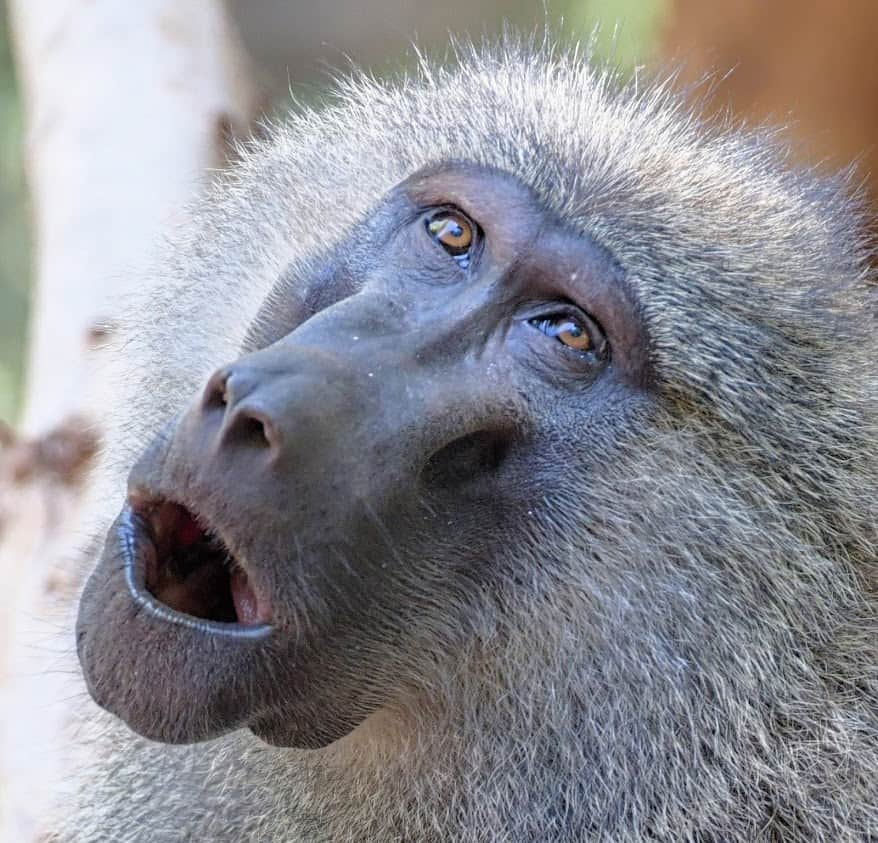 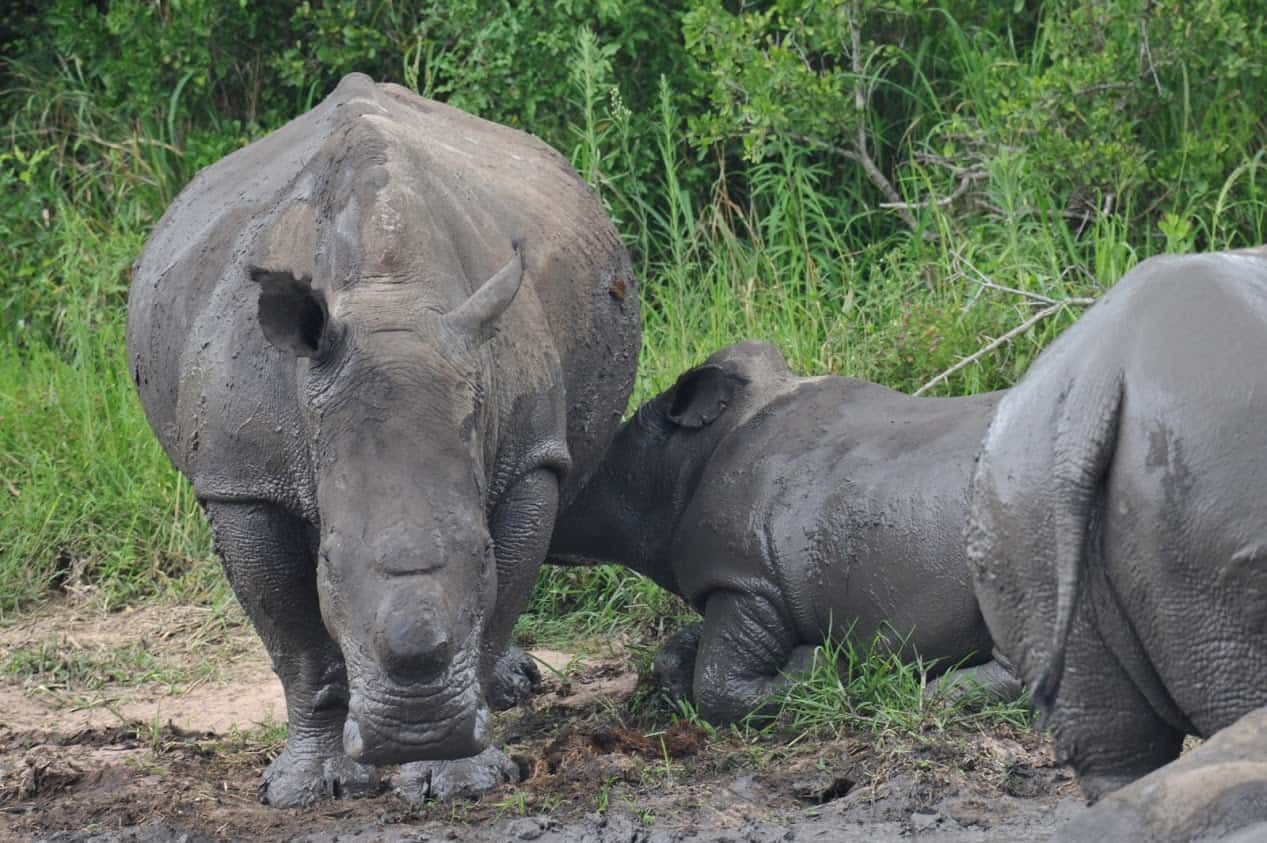 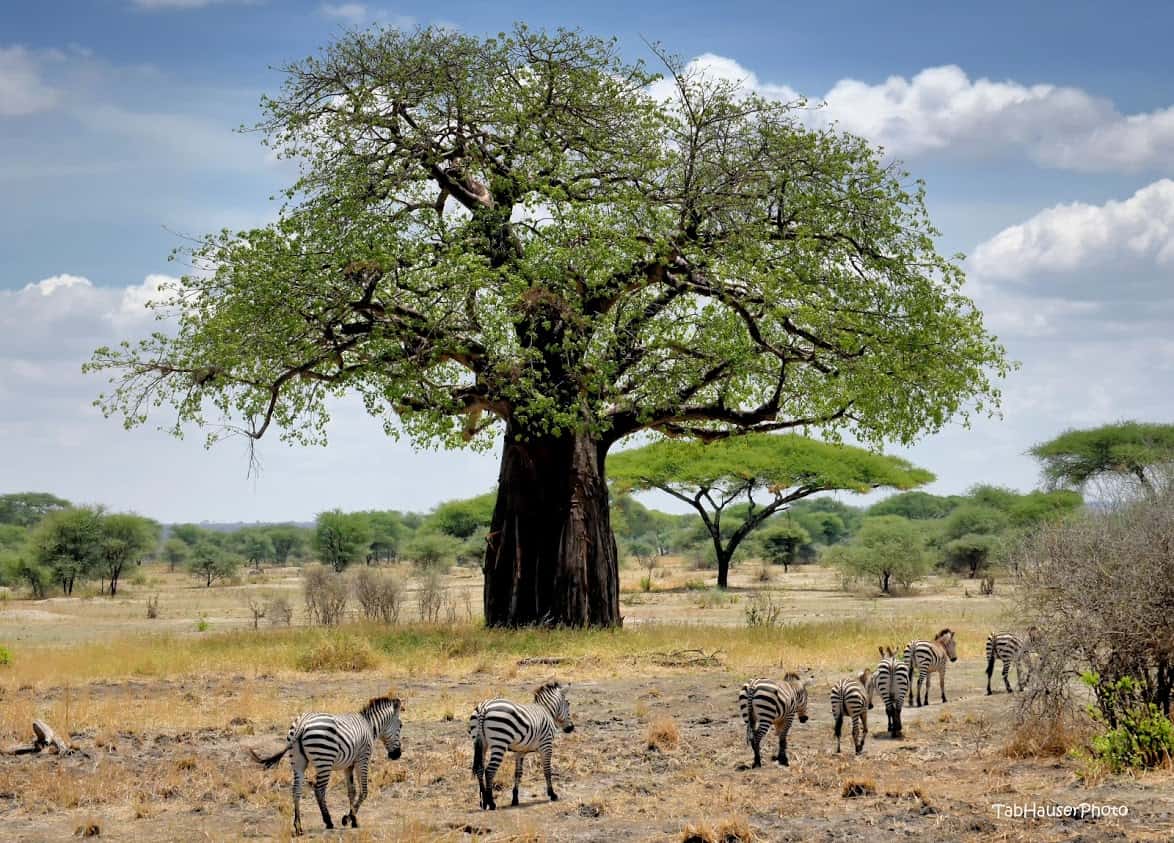 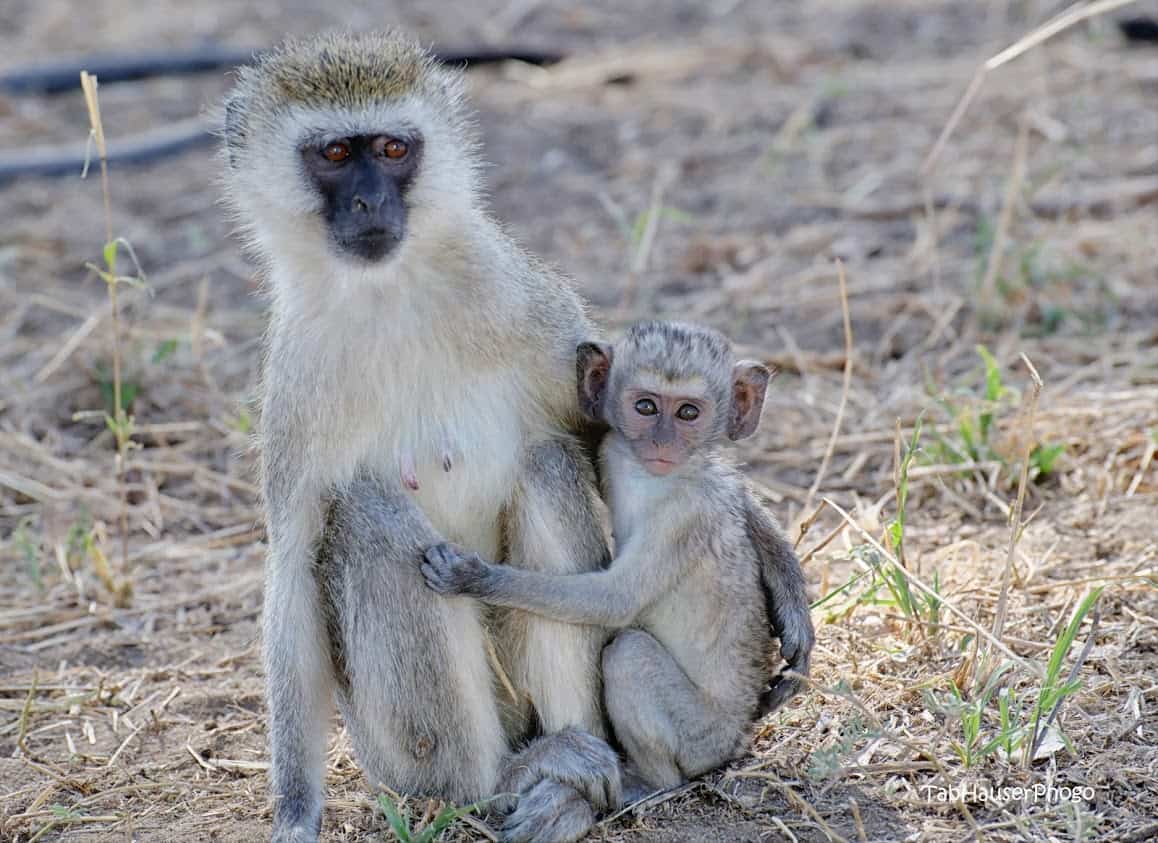 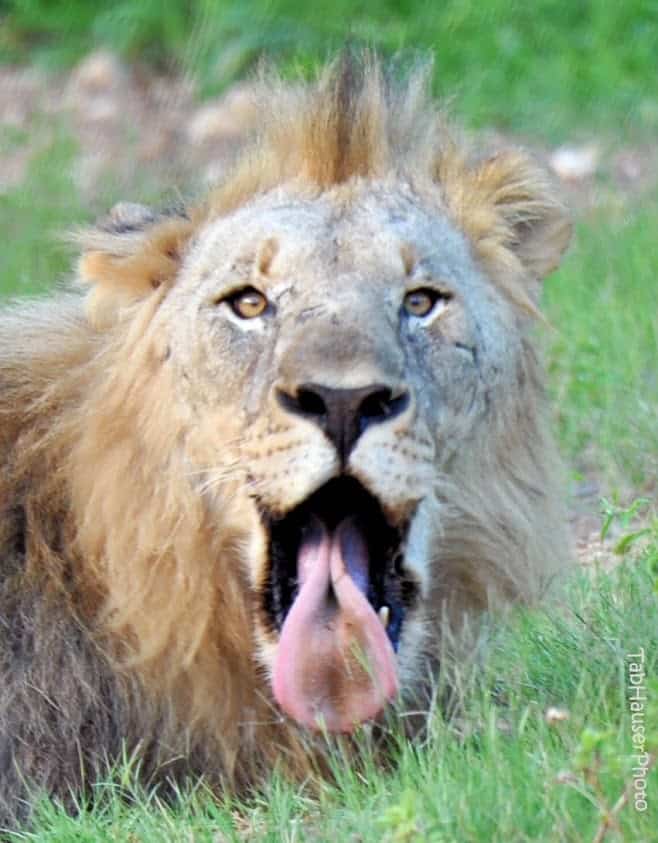