Tripoli is the capital of the North of Lebanon 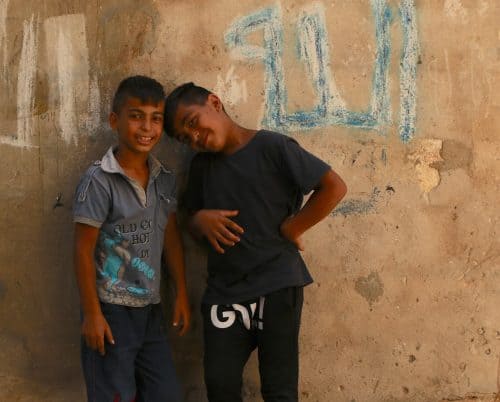 “A really big village” — that’s how a Lebanese politician with roots in Tripoli described his home city to me.

It’s a phrase that has been used to describe so many places around the world that it has become a cliché, but after arriving in Tripoli, which serves as the urban epicenter of Lebanon’s north, I’m confident that it rings truer here than perhaps anywhere else.

When the city finally came into view as my bus rounded a bend along Lebanon’s coastal highway, Tripoli’s uniform beige high-rises looked like a low, flat-topped mesa, wedged between the foothills of the mountains of Lebanon and the Mediterranean Sea.

Frequently confused with the capital city of Libya which shares its name, this is a tight-knit place of dense and concentrated urban activity, something that became abundantly clear once I got out at Al-Nour Square only a few minutes within the city limits.

Here buses, taxis, and throngs of shoppers and boisterous youths crowd the roundabout, which is ringed by banks and department stores of all kinds.

In the center of the square stands a white sculpture of the Arabic word for God, Allah, and beneath it a triumphant inscription that reads: “Tripoli, the stronghold of Muslims, welcomes you.”

I continued into the city on foot. Soon enough, I found myself lost amid a tangle of streets and alleyways, flanked by a fascinating mix of high-rises from the 70s and beautiful 19th-century buildings on whose balconies women were hanging clothes to dry.

Numerous French and Ottoman facades, beautifully baked by the sun and at times pockmarked by bullet holes from the Lebanese Civil War, crowned the sky above me and played host to cramped shops of all kinds. Cats darted every which way between nooks and crannies adorned with graffiti and sprawling plant-life.

As I approached a larger road, the honking, and whirring of cars mixed with the sound of coffee peddlers clinking porcelain cups together to advertise their product, which they were carrying in large copper kettles at their sides.

Scooters rattled past a half-dozen stereos that shopkeepers had put out onto the street ahead of Eid al-Adha, the Feast of the Sacrifice. All of them were playing the same celebratory Islamic chants.

This is al-Tal, the bustling heart of Tripoli, and it wasn’t long before I saw its centerpiece — a magnificent stone clock tower that had been donated to the city in 1902 by Ottoman Sultan Abdul Hamid II.

It seemed as though the entire city was rotating around it in a gloriously disorienting fashion, and from the minute I arrived here I could tell that even though I was less than two hours from Beirut, I was truly in a different world.

Just as Beirut epitomizes some of the most westernized aspects of the modern Levant, the old downtown of Tripoli showcases the other end of the spectrum — the region’s decidedly un-western splendor.

The Burden of History

The religious message that greeted me here is no exaggeration — no other city in Lebanon has an identity so strongly tied to the history of Islam as Tripoli.

Although its exact origins millennia ago remain murky, the city became one of the jewels of expanding Islamic empires along the Eastern Mediterranean, rivaled in importance only by Alexandria.

For centuries it outshone Beirut, served as the primary port for Damascus, and bore the marks of every successive power that occupied it, from the Umayyad Caliphate to the Ottoman Empire.

Tripoli has the most visible collection of architecture from the Mamluk Sultanate outside of Cairo, and an impressive Crusader castle towers over it all.

But over the last two centuries, Tripoli’s glory has become faded. After Beirut replaced it as the center of local politics and Lebanese independence spelled the end of its economic kinship with Syria, Tripoli fell on hard times, and today it remains Lebanon’s poorest major city.

Neglected by Lebanon’s central government, it has become a place of inequality, and recent years have seen the destabilizing influx of refugees from Syria and on and off sectarian warfare between two of its neighborhoods —the mainly Shi’i Jabal Mohsen, and the majority Sunni Bab al-Tabbaneh.

It doesn’t help that westerners and Lebanese people alike associate the city with conflict, making it difficult to encourage tourism here.

One Lebanese family I met in Beirut told me they have never gone and never want to, and I found myself wondering whether traveling here was safe after all.

I’m glad I was convinced otherwise.

So far, I have visited this city on three occasions. But when I came here for the first time a few weeks before, I arrived with friends who made sure Tripoli and I were properly introduced.

The minute after we stepped out of the cramped, smoke-filled van that got us to the city, my friend Nader, his cousin Muhammad, and I met Hadi, one of Nader’s friends from Tripoli.

I had met Nader in Beirut on a free walking tour of the city he had given as part of tourism startup, Cedars Wanderers, and our Tripoli trip was the first excursion of many that he would take me on. It was after this momentous trip that we truly became close.

After arriving, we rushed off into al-Tal with little more than a moment to greet our local guide. Before I knew what hit me, I found myself at Akra, an old Tripolitan eatery fashioned out of sand-colored brick stone that has a modest entrance but a sprawling cave-like interior. I was told that if you want traditional food from Tripoli, this is as authentic as you’ll get.

Our group ordered some of the usual Lebanese fare — hummus with meat, foul, and fatteh — but we also got something that was exclusive to Tripoli — a dish called Malizia. Contrary to popular belief, most Lebanese food is not very spicy at all, but the malizia certainly was.

On top of its hummus and chickpea base was a generous helping of fried cashews and other nuts that I couldn’t identify, finished with olive oil and spices of all kinds. This is a hearty, earthy dish whose delightful spice creeps up on you after a couple of bites. Unsurprisingly, it also incredibly filling.

With a food coma setting in, we left Akra behind to journey onward. As hard as it was to believe at the time, Tripoli’s true allure hadn’t even begun. We walked eastward from al-Tal and away from the large thoroughfares that led to it, and before I knew it, we encountered Tripoli’s primary claim to fame — its dizzying maze of souks and khans.

These souks have grown organically since their foundation in the 7th, and hide innumerable treasures from the Umayyad and Mamluk periods among the thousands of shops and stands here. As we passed from alleyway to alleyway, I wondered how much these ancient streets must have seen.

We turned a corner and Nader pointed out an old entrance to a mystical Sufi lodge; we turned another and saw the ornate walls of an Islamic madrasa.

As we meandered through the hundreds of worlds captured by the endless souks, time seemed to pass us by. Various sights and smells greeted us at every turn, some enchanting, like a brilliant medieval gate, and some a tad off-putting, like a butcher selling a pair of lamb testicles in the food and spice market.

Nevertheless, we ventured on and eventually met up with Hadi’s colleague Douaa at a seemingly random juncture in the web-like tangle of streets.

Her energy was infectious and tided me over long enough to walk up with her and Hadi to the Crusader castle standing watch over the old city — the Citadel of Raymond de Saint-Gilles.

Built in 1103 by Frankish Crusaders, this imposing structure became occupied in 1289 by the Mamluks, who made their own additions to the fortress.

Because of its strategically important position in the city, the Lebanese army continues to use its vicinity as a military base, and it was hard to miss the columns of armored military vehicles lined up along the castle walls.

We made our way back down towards the souks, and after visiting several hammams, the tailors’ khan, and an amazing soap workshop that has been continuously functioning for longer than Lebanon has been independent, we arrived at the coup de grace of Tripoli’s Mamluk heritage — the Great Mansouri Mosque.

It is one of several Mamluk mosques in Tripoli, and although its interior might just be outdone by the fabulous Taynal Mosque south of the old city, its grandiose design is still unbeatable.

Although we were wary that afternoon prayers would prevent us from entering its grounds, luckily, we arrived just as worshippers were making their way out.

At this point, I was so thoroughly exhausted that I missed Hadi’s unceremonious exit from our troupe. As Douaa led Nader, Muhammad, and I back through the souks to al-Tal, in a moment of clarity, I was struck by how much I had experienced in Tripoli in such a short period of time.

Despite everything this city has been through, or perhaps because of it, there is an incredible lust for life here, captured in the spice of the malizia and the coffee-fueled streetscape of the city center. Although the typical Lebanese cynicism about the future is understandably well-entrenched here, there is a growing sense among residents I have spoken with on my visits to Tripoli that the city’s worst days may be behind it.

The Lebanese government has finally promised desperately-needed investments to develop the city’s economy, and many are cautiously optimistic that maybe it might just work, so long as the right pieces fall into place. Nevertheless, distrust of politicians remains at an all-time high.

One of my final memories from that first trip to Tripoli is of eating one of the most classic Levantine desserts, a knefeh with pistachios, with Douaa, Nader, and Muhammad in a small pastry shop in al-Tal. Tripoli is famed throughout the region for its production of sweet delicacies, so much so that one of its homegrown shops, the Hallab Brothers, has grown into an internationally recognized brand.

But this particular shop, still only functioning in one location, was cheaper, better, and more cheerful than Hallab. It is a bittersweet place, where the available confections offer locals an escape from the city’s problems that, while slowly improving, are still an ever-present burden for Tripoli’s residents. Everything I had seen and felt in this city had been so undeniably positive, so wholesome, and so invigorating.

And yet I was sure that, while everyone here is fiercely proud of their city and its heritage, many people I had passed in the street that day have benefitted little from their city’s powerful heritage. Gripped by poverty and a lack of political responsiveness to their concerns, the people of this city remain stuck, unable to thrive and use the immense gifts their city holds to achieve their full potential.

For a place with such tenacity, Tripoli and its citizens deserve much better. 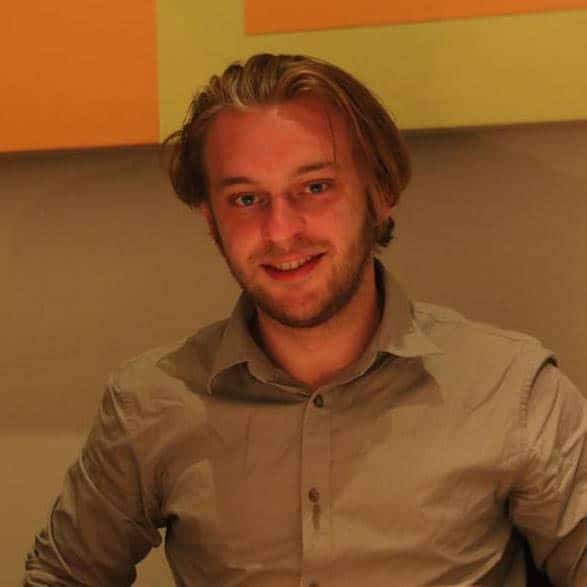 Michal Kranz is a freelance writer, photographer, and journalist currently working in Beirut, Lebanon. He’s written about travel in both Lebanon and Eastern Europe, covering food and off-the-beaten-path travel destinations all while reporting on the chaotic politics of the Middle East. In addition to GoNomad, his work has appeared in Al Jazeera, Al-Monitor, Middle East Eye, Vox, Business Insider, Culture Trip, and more.