Patras, or Patra, as it’s known to the locals, is one of the largest working towns in the Peloponnese, and after Piraeus, the second major port in Greece.

It’s not really a big holiday resort area, but for a brief stay, you’ll generally find the people friendly, restaurants are good, and the hotels are comfortable. Patras is also the capital of the Achaia prefecture and owes its name to Patreas, the ancient Greek chief of the Achaians, and the region was named Achaia after their dominant influence.

City of Many Rulers

Though politically insignificant through most of antiquity, Patras started to play a more important role in 280 BC, when the Achaian Confederacy was created. In 146 BC the area fell to the Romans and later it embraced Christianity after St. Andrew the Apostle preached in Patras where he was finally martyred.

In 1205, Patras occupied center stage with the founding of the Principality of Achaia by the Franks. Not too long after that, it passed into the hands of the Palaiologues, who ruled the Peloponnese from Mistra where they were succeeded by the Turks in 1460.

Modern Patras is one of the most important port-cities in Greece and the largest of the Peloponnese. It also acts as a major transportation hub now, linking the country with Italy and the Peloponnese with the Ionian islands.

The city extends from its shores up to the old Castle area and is divided into two parts; the upper castle area, and the lower with small parks and plazas that give the town a warm distinction.

The convenience of this port-city allows you to go from Italy and Cyprus without hassle as well as connect to the Ionian islands and Crete. These days the city has become a key link to the transport network of the mainland too.

The old city, at the foot of the castle, still has quite a number of attractive neoclassical houses, while the lower city has many mansions, such as those housing the Municipal Theatre, the Odeon, etc.

The Cathedral of St. Andrew, the city’s patron, rises majestically above the lower city. To the left of it stands an older church built that was destroyed by the Turks. From here Trion Navarchon street leads to Psila Alonia — the “balcony” of Patras — a lovely spacious square with slender palm trees and a sundial.

Patras’ famous winter Carnival is an insane, festive example of the city’s imagination, humor, and high spirits, which attracts thousands of visitors every year.

This carnival is one of the most famous in Greece and festivities take place each year between mid-January to mid-February and ends with the burning at the stake of the ‘Carnival King’ effigy and a huge parade of floats and wild costumed groups and thousands of partying, drinking locals and tourists who attend. 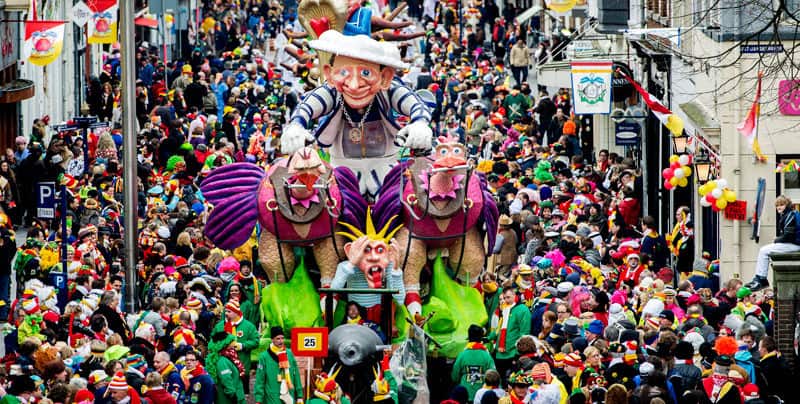 The coasts of Achaia are a delightful mix of picturesque villages, indented shores, gardens, and shady trees and a visual treat for the eye. While the heart of Achaia may be its mountains, one cannot fail to hear its soul in the whispers of the sea.

Leaving Corinth, you can take the coast road all the way to Patras. It’s more scenic than the National Road since it’s right on the water’s edge. You reach Akrata, a coastal village, set in lush surroundings on a crystal clear sea.

This was the site of ancient Aigai. In the hinterland, a sight worth seeing is the post-Byzantine monastery of Agia Triada (1715), which has well-preserved mosaics.

Next, come Platanos, Trapeza, verdant hamlets, and Diakofto. This is where the funicular railway leaves for Kalavrita. Continuing along the coast road, you see the roofs of one village after another poking through the unbroken green of the hillsides.

Patras possesses a fine archaeological museum, an art gallery, and a printing museum.

Dominating the city from on high looms the ruined shell of the castle, whose grounds have been transformed into a park. From here you have a view of the whole city and the sea beyond, and quite a lovely panorama for all to see!

Getting there- The cheapest way to get from Patras to Athens is to bus and train which costs 6€ – 8€ and takes 3 h 25 min.

Lodging- If you do need to stay, the main concentration of hotels is on Ayiou Andhreou, a block back from Othonos Keh Amalias. The best is possibly the Patras Palace Hotel (4 star) Tel. 261 062 3131 located on Ermou 25, followed by the cheerful and well-run Airotel Patras Smart (4 stars) Sleek rooms in an informal hotel with hip decor & a 24-hour bar, plus free breakfast & Wi-Fi. 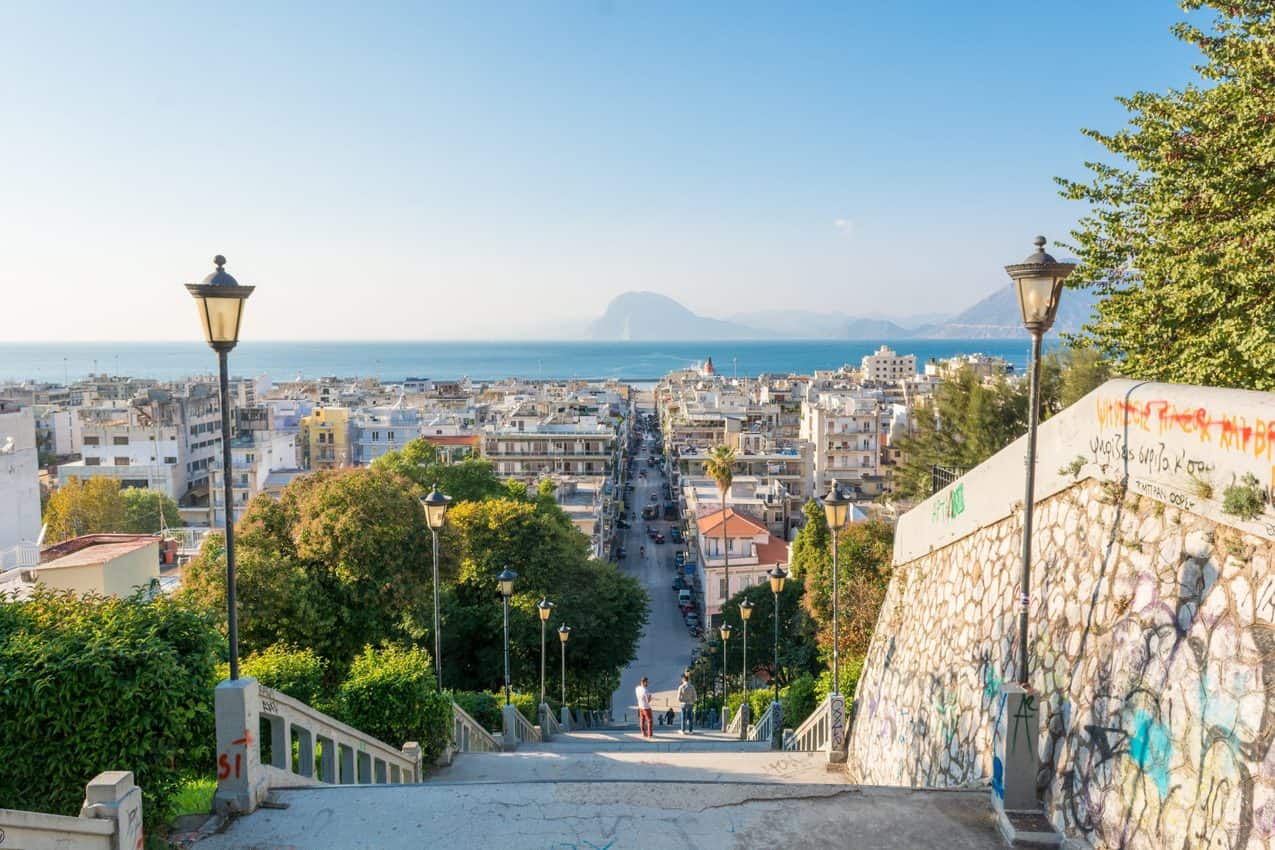 Traveling Around: Innumerable agents along the harbor road, Othonos Keh Amalias, sell different ferry tickets to Italy. En route to Italy, it is possible to make stopovers on Kefalonia, Paxi and, most commonly, Igoumenitsa or Corfu. Individual tickets to any of these islands are also available.

Buses & Trains: The main bus station, midway along the waterside, has services to Athens, Killini, Pyrgos and other towns in the Peloponnese, as well as to Ioannina. Heading to Delphi, take local bus #6 (from Kandakari, five blocks back from the waterside) to the Rio-Andirio ferry, cross over and take another local bus to Nafpaktos and then a regular bus from there.

Finally, you can reach Corinth in two hours by bus or half an hour longer on the frequent trains.