To be fair, the Cerro de la Muerte—also known as, the “Hill of Death”—probably doesn’t make many top tens lists when it comes to ranking Costa Rica’s more popular attractions.

But if you’re looking to drive through one of the country’s most biologically diverse biomes, hike through forests straight out of a Tolkien book, and finish the day eating like a true Tico—then this mountain road should be at the top of your list. Here’s why:

The Cerro de la Muerte winds through a mountain that forms part of the Talamanca, a mountain range in Costa Rica that stretches all the way down to Panama.

Because this particular range was raised and separated from other mountain ranges by tectonic uplift, the Talamanca has developed thousands of species of animals and plants endemic only to its unique Andean-esque forests.

I have family in Tres Rios, and we’ve been taking trips up the mountain for as long as I can remember.

The best way to go is to head south from Cartago. The Cerro de la Muerte is the only road that runs through the mountain, connecting the Valle Central to San Isidro, so you can’t miss it.

Tips on Driving in Costa Rica

Driving thirty-minutes up the road, you’ll begin to see coppices of twisted branches dripping with moss, enormous oaks looming over the road, bushes of brilliant hydrangeas and succulents.

Perpetual fogs slip in and out of the forests, ladling into gorges and glens. The damp, dark lushness of color makes you wonder if you’ve entered some eerie version of Hobbiton.

The Cerro’s cloud forests are most famous for their thousands of species of florae and 200-plus species of birds—fifty-percent of which are only endemic to the Talamanca. It’s this sheer diversity of life makes the Cerro de la Muerte a coveted destination by both birdwatchers and biologists alike.

Of course, you won’t be able to see all the Cerro has to offer if you stay in the car. You really have to get into the forest trails to catch a glimpse of the diverse wildlife.

The “Hill of Death” got its name, because the mountain is cold,and ill-prepared farmers traveling the mountain on foot risked freezing to death at night during the two to three-days travel used to take before the road was paved.

The best-known trails are in Los Quetzals National Park, which you’ll see at around mile marker 76 going south on the Cerro.

But be warned. The park’s trails can be difficult to access in the rainy season, especially without a car that can really kick it into four-wheel drive.

If you don’t feel like risking it on steep muddy roads—especially in the rainy season—there’s always La Georgiana, where I would go to hit my favorite trails and get some authentic Tico cuisine.

To get to La Georgiana, just keep driving up the road until you reach the páramo, or the tundra—yes, the tundra.

This is the Cerro’s highest point, which rises about 11,000 feet above sea level.

Due to the lack of oxygen, the trees are stunted, and nothing but sparse pockets of grass grown on the bluffs.

From the pàramo, descend another ten minutes, and the tall oaks will return tenfold. At mile marker 95, look to your left and you’ll see La Georgiana—a quaint two-story building sitting at the edge of a 700-acre cloud forest preserve.

Highest Restaurant in the Country

At 10,000 feet above sea-level, La Georgiana is the highest restaurant in Costa Rica and, established in 1947, the oldest on the Cerro de la Muerte.

The rustic-paneled exterior, bright red roof, and antiquated font looping the name of the restaurant in old-lady handwriting make this restaurant quintessentially Hispanic.

If you’re new to La Georgiana—or even if you’re not—you’ll be greeted right away by the restaurant’s owner, Marco Herrera.

He jumps at the chance to show anyone the trails and occasionally likes to prattle away about the tapirs, coyotes, or mushrooms he’s seen lately.

I always liked to take friends on “Sendero El Descanso,” which translated means, “Trail of Rest.”

The name is kind of an ironic joke. You have to travel pretty far down the gorge before reaching the forest floor, and that uphill is no joke.

But the sweat is worth it. Along the way, there are oaks forty feet high, huge tree ferns that look like something out of Jurassic Park, and a gorgeous little waterfall at the bottom of the valley.

If you’re hiking here between December and June, you might be lucky enough to see any birdwatcher’s dream: The Resplendent Quetzal—a crimson chested bird with a vibrant green body of feathers.

Whatever hike you decide to do—be it Sendero Los Quetzals or Sendero Los Robles—you’re going to see thousands of species of fungi, succulents, and walk through beautiful forest scenery. Look out also for fiery-chest hummingbirds, tapirs, foxes, and

salamanders hiding in the moss.

Upon returning to the restaurant, the best way to warm back up and get your strength is with any Tico’s favorite dish: a piping hot bowl of olla de carne.

I recommend grabbing a bag of pan dulce, or sweet-bread, before leaving.

The Cerro de la Muerte is an all-around atypical experience departing from the standard “beach getaways” and thermal spa retreats Costa Rica is known for. But it’s that special perspective you get, where you really see the country for the truly diverse place it is, that makes a trip to the Cerro de la Muerte worth it. 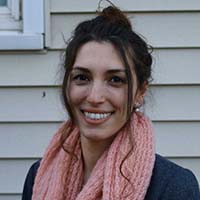 Kristen Howard is an American free-lance writer recently back from working at a non-profit in Costa Rica and loves to write about unusual travels and baked goods.