Athens, the cradle of civilization!

Amidst a sea of cement, fumes, and debt…” might as well be the inner thought system of a prospective traveler to Greece, headaching over the “To stay in Athens or dash to the islands” dilemma.

It is true, the idiosyncratic marriage between absolute chaos and perfect symmetry that is Athens is too overwhelmingly complex to be designated as appealing or not.

Those whose imagination runs wild visualizing the throngs of humans and cultures this old soul has witnessed and decide to explore it, however, will sooner or later find themselves in the city’s numero uno attraction, Athens’s historic center.

Setting out on a Journey of Fond Memories

So, here I am myself, beginning my saunter into places long-familiar and dearly loved on an overcast, winter, Saturday afternoon.

I am heading to the districts making up Athens’s historic center, Monastiraki, Theseion, and Plaka, smack dab in the capital’s heart. Raised in Athens, I grew to associate these tourist-wise booming regions with an after-high-school-exam carefreeness.

A pack of teens then, we would melt our shoes strolling up and down the idyllic alleys of the areas to find the most breathtaking view from which to shoot our zippy, school-is-over photos.

Milling Around in the Sunshine

Afterwards, we would continue milling around in the sunshine. At some point, we would finally find that bistro-hideout from where we would stare at tourists gazing at the monuments, not avoiding the mutual stare back in the meantime, as they were striving to consume every little teeny bit of this sunny culture as much as we were striving to take the right guess in our find-the-ethnicity, ad-lib game.

My familiarity with the place means I don’t really need visual stimulants to sort my way around it. The smell of “summer” fish emitted by the hundreds of taverns in the area, even in chilly weather, is enough to remind me that I once again reached Monastiraki, a place knowing no winter blues.

Since 1910, Monastiraki has been famous for its flea market, antique shops and the gleeful array of stores and itinerant merchandizers. The “world trade” is at your feet here: from I-love-Greece t-shirts, sandals and worn off philosophy books to hookahs, and from high-handed jewelry and designer clothes to the all-time classic barkers of the nearby “souvlatzidika”, who never pass a chance to cajole wide-eyed, walking-the-paths-ancient-Greeks-traversed tourists into their famed gyros.

Monastiraki is a hot spot of friction between celebrated, ancient Greek glory and stereotyped traits of modern Greekness, a straight out Greek salad of antitheses!

This hot spot, Fellini’s 2016 equivalent would be welcomed to shoot on location. In Monastiraki’s focal point, Avissinias Square, that is, where fantasy meets the baroque and “sweet” human triviality.

When I last visited the plaza in the summer, I got to view a vertiginous, impromptu Apache dance with what-seemed-like-indigenous Indians cavorting at the threshold of a Byzantine church, Panagia Pantanassa (one of the oldest temples in Athens, which served as a female monastery during the Frankish Rule and as an emblem of the transition from late Hellenism to Medieval and Byzantine times later on).

The hurried, local millennials stumbling into ambling, local middle-agers stumbling into inquiring, multicultural travelers against the Apaches are here, wearing “different” faces today.
The Indians, again, not. I take it, they resented the cold but their absence freed up space for two weatherproof Roma women (probably sisters), who are teasing a boyfriend telling him “Don’t you love your sweetheart enough to buy her a carnation?,”

throwing a wink at the sweetheart.

A few feet further, I spot a well-groomed couple. They take a selfie, oblivious to the slightly disconcerting fact that the Tzistarakis mosque—annex of the Museum of Folk Art today—of the selfie background is…cursed.

Rumor has it that its Ottoman creator and governor, Mustafa Agha Tzistarakis, pulled down one of the pillars of the temple of Olympian Zeus to make lime for the mosque in 1759.

Ottomans declared his act a sacrilegious offense and purged him in order to abate divine wrath, unfortunately to no avail.

Athens was plagued by swine in the same year and Zeus hammered home that no one messes with the Olympians.

Adjacent to the Tzistarakis mosque lie the remnants of the Library of Hadrian, the western face of a presumably huge forecourt hosting a library built by Roman
In front of what used to be a wondrous library, I notice long-haired, stress-defying, blissed-out hippies stretching out elaborate bracelets for sale.

They seem ever-existent there, modern guards of the elegant Corinthian-rhythm pillars of the library, which was torn down by the Heruli (the Herulian kingdom was wiped out by the Lombards after 472 AD, probably Zeus’s ire again).

Next Stop, Theseion: Where Antique Vibrancy Climaxes (and a Couple of Cavaliers Deal “Papas”)

As you see, every rock of Athens is drenched in history. Once you start with Athens’s antiquities, there is no way out—honestly. Only the works for the Athens metro excavated 50,000 ancient items. Hands down, nothing beats its majesty, the Parthenon. Approaching my second stop, Theseion, I sight the Parthenon from Dionysiou Areopagitou—the most beautiful street in Athens. The Parthenon is touting its quintessential symmetry ferociously today.

In Theseion, Athens pulsates with antique vitality. What to see first? The Monument of rich patron Lysikrates, which was framed on top of a tripod Lysicrates himself funded after a victory in a theatrical contest in 334 BC? The Roman Agora, built in honor of Julius Caesar between 11 and 19 BC, the great nerve center of Athens in Roman times? 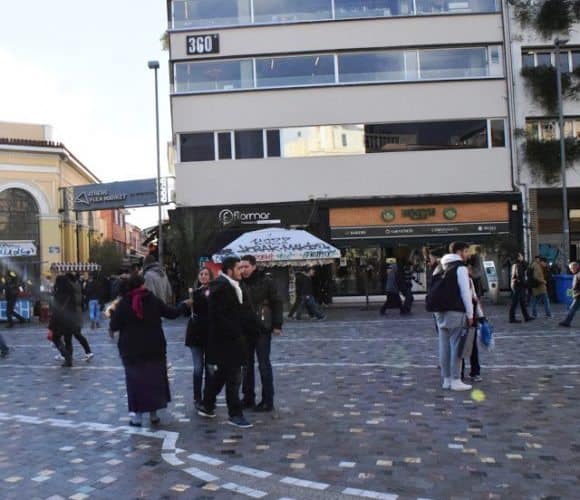 The internationally acclaimed artistic venue of Herodion Theater in the southwest of Acropolis, staging “Swan Lake” or “Romeo and Juliet in the summers, originally a Roman conservatory built in 2 AD? The visceral feel of a mythical era is flowing around me.

Zeus bless the mature gentlemen playing the (illegal) card game of “papas” in front of the Stoa Attalou, the eastern border of the ancient Greek Agora dating back to 138 BC, for they make sure I will not dwell on the accomplishments of the past to a sad extent. “Keep an eye for the cops, just in case,” says the dealer to an involved stander-by.

On the same famed Adrianou street, I catch a glimpse of the ladies of the numerous, fancy bistros as they are nonchalantly sipping their caffè latte, detached from the spell of the surreal charms unfolding before their eyes.

Final Stop: The “Cyclades” of Athens, the Boehme Plaka

The third stop of my revisit to Athens’s suspenseful ancient trio is the acclaimed “district of Gods”. Whether Zeus or another Olympian vacationed in the neighborhood when fed up with the Olympus web of intrigue, I cannot put my word on it. 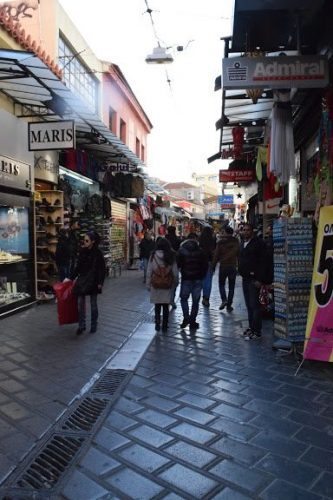 Inside a bazaar in Athens.Plaka is validly the oldest district in Athens and possibly the oldest in Europe, nonetheless. The laidback, colorful crowds from all walks of life inherit the exact same grounds where 2,500 years ago Socrates made Plato’s life difficult, blasting him with a barrage of taxing open-ended questions on the concept of eudemonia.

Plaka is brimming with nostalgia buttons. The plethora of peri-Mediterranean cultures that crossed its cobblestone alleys made sure it would gain a lush diversity etched in the stately ancient Greek ruins, the decorous Byzantine churches and the exotic Ottoman hammam, all intense coexistence.

Plaka also incorporates Anafiotika, a warm palette of neoclassical domiciles randomly dispersed around the Parthenonian monochromatic gravitas. Anafiotika creates the illusion of a Cycladic oasis. In reality, it is an uber-rich district of Athens with the most sublime architecture, built by islanders from Anafi who came to the capital to help erect the palaces of King Otto in the 19th century.

Their homesickness urged them to build a new homeland that would fall nothing short of the polish of their original. The today’s sophisticated brasseries and the gourmet restaurants on the sets of “romantically exhausting” stairs ascending to the citadel of Acropolis heighten the effect.

The Historic Center of Athens Has Survived 2,500 Years, and Is Now Lusher Than Ever

All in all, a revisit to Athens’s historic core never ceases to strike me with mighty awe and impish glee. Monastiraki, Theseion and Plaka have been around for more than 2,500 years. They have born civilizations, buried them, met invaders, liberators, demagogues, and crowds. They have learned to bloom back to life literally from their ashes, and to shed skin like a snake to ensure the continuation of a great metropolis.

Go on, discover the historic center of Athens, the “meeting place” of the world.

And let me know if you ran into the Apaches. 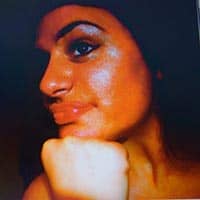 Stav Dimitropoulos is a writer who has reported for CBC and CBS Radio and written for major US, UK, Australian, and Canadian outlets. She grew up in Athens, Greece, on which she writes through the eyes of a native.Facebook | Twitter: @TheyCallMeStav