We humans are an inquisitive species yearning to know about the only planet we can personally explore—whether near to home or around the globe.  Much more than physical movement, taking in the local sights, or even acknowledging the awesomeness of nature, we travel to experience newness, to satisfy our curiosity about the world, and to understand its people and cultures.

The Inward Traveler offers a series of adventures big and small, near and far, but always designed to make every moment richer and more mindfully experienced. Mindfulness for Travelers 101, you could say.

From the smells wafting toward you from the Istanbul spice market, to the stark and windswept tip of southern Chile, and to the dead-silent mountain tops on the island of Kauai, each of the 51 stand-alone mini-chapters takes you on a journey to explore your inner thoughts, feelings, and sensations while investigating the world that surrounds you.

Not a traditional travel book recommending places and providing logistics about packing or where to eat, the Inward Traveler provides cues to enrich any experience through the process of heightened attention and immersion in experiences.

Through travel stories, anecdotes and metaphors, we’ll explore the process of living fully—and at the moment, through journeys of any size. Whether your travels take you across an ocean or just across a street, the Inward Traveler provides ways to sense the world deeply and in the present moment.

Travel enhances life. At least it should, but many unanticipated happenings can get in the way. How you handle them makes all the difference between enjoyment and disappointment. If you are a planner and expect an orderly progression from one occasion to the next, know in advance that once you depart home base, and sometimes before, not much remains under your control.

Travel is dynamic, and anything can go awry. But sometimes the deviation from the plan can lead to an unexpected and remarkable adventure. I was circumnavigating South America on a ship and after two days at sea, the next planned port of call was the coastal town of Punta Arenas, Chile. 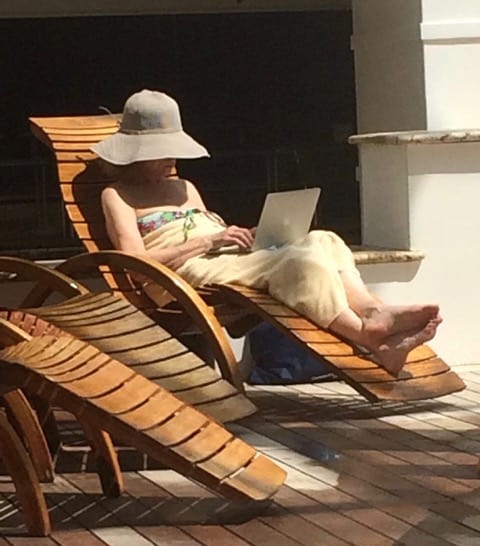 But, as is often the case in the rugged very far-south Pacific, the winds blow ferociously at gale force. As the ship approached the dock, which wasn’t exactly a sheltered harbor, we learned that it wouldn’t be our safe haven in the storm.

The port had just been closed because of treacherous weather. The dock master feared that a ship as large as ours could smash the dock quite easily leaving a splintery mess that would cost time and money to repair. From the standpoint of our captain, a precise planner and low risk-taker, the integrity of our ship could be compromised by docking, leaving me with the image of the Titanic as it began to take on water.

We soon received the official word—our ship planned to go off-course. But the sound of gusting winds and the ship’s turbulence announced the situation well in advance.

On our trip around Cape Horn, we didn’t get to one of the destinations promised in the glossy brochure from the cruise line. And it was easy to feel cheated. I tried to keep in mind that how I internalized this circumstance might well determine how I felt about the entire experience. I really had a choice—positive, negative or neutral.

Could I remain curious and open to an adventure that might unfold in ways I couldn’t foresee, without pre judgment? That’s what I tried to do.

Instead of the impossible itinerary caused by an unexpected Antarctic storm, the captain set a course for Campo de Hielo, Patagónico Sur, a glacial field in the Southern Andes mountain range of South America, that we otherwise would have missed.

Few travelers ever get to this ice flow, more than a day’s journey away from our original destination, and off the beaten path for ocean liners. En-route we witnessed an immense rainbow spanning the entire Straits of Magellan, which is one of the most southern landmasses in our watery world and devoid of all human habitation.

The relevance of the glacial field is that it’s one of the last remaining in this part of the globe due to climate change. The sight made my skin tingle as I realized its scale. Using binoculars, I could see what looked like a toy boat and some ants moving about at the foot of the glacier as it began its slow-as-a snail’s descent into the warming sea.

You don’t realize the enormity of this glittering blue/silver and melting mountain of ice until you observe that the ship in the distance is an ice breaker, and the ants are full-sized humans exploring its base on foot.

Our ship hovered for nearly a day, enough time to enjoy this other-worldly scene, and the shifting colors of ice enhanced by the low sun that lingers in the sky almost all night during the southern hemisphere’s summer months.

This side trip was an accidental outcome that I couldn’t anticipate but wouldn’t have wanted to miss. Change can be unnerving and upsetting, but there just might be unexpected or awe-inspiring rewards!

Part of the fun of travel is the positive anticipation associated with researching a new venue. Become thoroughly familiar with its nuances ahead of time. Virtually savoring a destination in advance heightens your senses, enhances your experience, and increases your pleasure upon arrival.

But disappointment is bound to happen when you’re forced to abandon your well-made plan which, by the way, is not such an unusual occurrence as itineraries can change depending on the weather or local factors at the blink of an eye. When that happens, serendipity can intervene and sometimes make things as good or even better.

Days later I was standing on the bow of the same ship as it passed through the Chilean fjords, surrounded on both sides by hills green with lichen, moss, and small shrubs but little else. Even at the end of summer, the peaks were dusted with snow and clouds that obscured the tops of some crests hung heavy with moisture.

The stark beauty of these landscapes untouched by civilization was staggering. If ever there were humans or other animals present here, they were careful to cover their tracks. The picture in front of me couldn’t easily be captured with a camera, as on these generally overcast days there was little visual contrast between the ocean, the sky and the mountains.

This place is splendor reduced to its most basic elements and appeals to the most primitive aspects of our human nature. Though civilization has encroached on most physical settings, the Chilean fjords remain a primordial landscape. With evolutionary ties to more primitive life forms in the past, some of us humans still crave the simplicity of life at its most pristine—a throwback to eons past.

Fantasies and longings aside, the fjords are not the kind of place where getting lost in nature would ever be your goal. This landscape is not hospitable. Magnificent to view from a distance, I was relieved to think about the Chilean fjords poetically from the safety of a large ship.

If this scene seems appealing and you need a taste of the majesty of snow covered mountains flowing into ice fields to satisfy your Inward Traveler, you might be able to have such an experience but it requires some people planning. Though the austere beauty of the place is a given, the companions you choose to share this with should be compatible with your needs for space or quiet or wonder. Otherwise, you might want to consider a solo wilderness trek.

You can choose to live, even briefly, in the rough, natural world of our distant ancestors for whom it was routine. You can have a time-out from twenty-first-century living and perhaps a once-in-a-lifetime challenge at no extra cost—but I don’t recommend a layover in the Chilean fjords!

Whatever the reason, if the wild calls to you and you can make it happen, try to follow your instinct. Perhaps you need time alone to think about a loss, a new beginning, an ending, or another life transition? Maybe you want to prove your hardiness to yourself. But plan well and start small.

Try carrying a full backpack for a couple of miles first. Understand the conditioning your body needs prior to an extended hike and prepare for possible dangers—animal, human, natural, as well as long stretches of time alone.

Assuming that this kind of travel appeals and becomes a serious interest, find a guide book that sketches major U.S. trails like the Pacific Crest in the West, or the Appalachian Trail from Georgia to Maine spanning 2,174 miles. Way too lengthy for most of us, you might find that segments lasting from 1-15 days better fit your time constraints and energy.

If solo wilderness travel is not for you, look for other adventures that take place in small groups like mountain climbing and safaris. Even a local adventure is satisfying if it has some risk. Maybe board a local bus with no map and no destination. Get off where you please to just explore. Taste the wild in your own way! 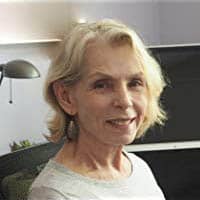 Buy this book on Amazon: Inward Traveler: 51 Ways to Explore the World Mindfully

, from which this article is adapted. Her previous book is The Vintage Years: Finding Your Inner Artist (Writer, Musician, Visual Artist) After Sixty.