Sudan: A Land Worth the Wait

According to an article in The Atlantic from 2015, Sudan now receives fewer than 15,000 tourists per year, compared to the past estimates of as many as 150,000. It’s one of Africa’s least visited countries.

Three times the size of Texas with zero times the alcohol (booze is prohibited throughout the country) this geographically diverse and stunningly expansive country is definitely worth the visit.

Sudan’s natural attributes are a must see, especially when paired with their man-made counterparts. One such attraction is the Dinder National Reservation established in 1935 and located in the east of Sudan, connected to Ethiopia’s Alatash National Park.

This 3500-mile reservation, the largest in all of Africa, houses over 1500 different species of animal and birds including the African Wild Dog.

It takes around ten hours to cover the entire reserve by car. Hunting is permitted. If you’re a hunting aficionado then these areas should also be on your to-do list; Senar, Albotana North Kordofan and the North Region.

The Nile is likely what comes to mind first for this area. The great mass of water and its many branches work to generate electricity from dams such as Al-Rosaries, Sinnar Khashm Al-Girba, and Jabal Awliaa as well as providing navigational routes and fishing.

This expansive river is made up of two sections; the White Nile and the Blue. The White Nile is longer while the Blue carries two-thirds of the river’s water supply. Steer clear of crocodiles.

The Nubian desert is not to be discounted. Also known as the eastern part of the Sahara-desert, this nearly 250,000 miles of sand is largely uninterrupted unless you stumble upon the Jebel Barkal; red sandstone mountains known for their religious significance. A temple and certified UNESCO World Heritage Site rests at its base with dedications to Pharaohs and local gods. Visitors are permitted to scale the peak.

The desert eventually ends at the Red Sea and the Port of Sudan.

This port has a variety of activities for visitors, most notably its diving scene. It is especially significant as African countries such as Ethiopia, Chad and the Republic of South Sudan (yes a section of Sudan decided to split off in 2011) as it is their only available access to a water port.

This centrality has led many a company (national and international) to set up shop in the port.

A little over 400 miles away is Khartoum, the largest city of Sudan and the country’s capital. This might be due largely to its location at the joining of the White and Blue Nile, the White Nile flowing from the north and Lake Victoria and Blue flowing West from Ethiopia.

The National Museum of Sudan is a must-see; all of the countries most significant historical moments are contained in one convenient building.

The city has its own Camel market but Omdurman, Khartoum’s neighbor lying on the Western banks of the Nile River, is bigger in the Camel department.

The second largest city in Sudan, Omdurman is a must see, especially the Camel Market. These gangly animals are mostly brought in on foot from Darfur or South Sudan where the landscape is greener. The odd goat, donkey or cow may also be brought, but the main focus is on the camels.

These animals are usually set for sale by either their speed or strength. A camel with both can go for as much as twelve hundred US dollars. Fast beasts that can carry heavy loads for long, hot distances are highly valuable.

The Omdurman market shouldn’t be passed over either. Everything from handicrafts to artifacts is sold in the open-air stalls. Hopefully, you’ll find a vendor selling Tamia the Sudanese falafel or Ful; mashed fava beans accompanied by a tomato-chili sauce.

The smallest of the cities on this list. The capital of North Darfur, this place has largely been developed and made famous by the Sultan Ali Dinar. The rebellion he led in 1915 against the colonial British marked the end of his rule as he died shortly after. One piece of evidence pointing to the areas rich past is the Palace Museum of Sultan Ali Dinar.

The museum features cases of the regions silver-coined currency, broadswords carved with finite detail belonging to the Sultan’s lieutenants and the great Dinar’s gold-painted throne. A lush and overgrown garden is featured in the back of the establishment, a place where locals are known to chat and enjoy the scenery.

If you hail from the US, Sudan requires that your passport be at least six months away from expiring (like most countries) and an entry visa upon arrival. This can be obtained from your local Sudanese Embassy. Get ready for many phone call and extensive email correspondence.

Permits are a must for tourists and are required for most activities, including driving outside of Khartoum (the countries capital), visiting certain tourists cites and taking certain pictures (usually at border-crossings, near military buildings or any other areas having to do with the government).

Acquiring permits by yourself is not recommended; all those fun bureaucratic processes are extra difficult if you don’t speak Arabic. This is where a local travel agency will do you wonders.

Might as well arrange transportation while you’re at it; in the long run, it will be cheaper than the taxis.

This means no credit or debit cards due to an embargo that resulted in banks isolation within the country. You have to bring cash.

And make sure you have enough gas before you leave a relatively populated area; there have been sporadic gas shortages since the beginning of 2018. Travel between the months of November and February is recommended as these are the coolest months in one of the hottest countries in the world. Bring sunblock.

Advice From the Experts

We were able to get in touch with Sanaa Taha, Marketing and Tourism Manager for the company Shiri Travels. Here are a few of his responses that will be helpful as you plan your trip for this memorable country:

What social norms will be expected of visitors?

In general, along with a strong handshake and a smile, you should start by saying ‘As-Salam Alaykum’ (most of the Sudanese use this greeting regardless of their religion). They generally inquire about the visitor, his family, his health and his general wellbeing.

The customs upon two men meeting each other is to shake hands and tap each other’s shoulder at the same time. A hug and rubbing of cheeks may be exchanged between Sudanese ladies and their friends. Sudan is a very conservative society, Sunni Islam being the main religion.

If you really want to enjoy and experience people’s hospitality at its best, you should respect their habits and rules. Outside of Khartoum, you should always wear long pants. Don’t take a picture of local people, without asking for their permission, first.

What destinations and attractions can you recommend to the average eco-tourists?

Archeological sites: Sudan also enjoys an ancient heritage in the field of civilizations and antiquities representing a great attraction for tourists both.

These areas and others saw ancient civilizations proved by the remains of the pyramids and temples, with a great part of them still lying unearthed. Central areas in Sudan including Sennar and Sinja contain antiquities of Al-Funj Kingdom (The Black Sultanate).

The antiquities of this area bear testimony to the long and authentic history of the kingdom.

There are many antiquities of the Mahdi State in east and west of Sudan and in the National Capital.

These antiquities which reflect the glory and history of the Sudanese people, besides the existence of many other antiquities in other areas deserve concern to attract tourists from abroad to get acquainted with the history of the country.

In eastern Sudan, at Sawakin area, on the Red Sea, there are great antiquities indicating the existence of a historically great period of Sudan’s history.

Sawakin Island, for example, is considered one of the areas which witnessed urban development and unique styles of architecture. It is now regarded as one of the world’s few areas in this field.

What makes Sudan unique from other countries?

Sudanese culture melds the behaviors, practices, and beliefs of about 578 ethnic groups, communicating in 145 different languages, in a region microcosmic of Africa, with geographic extremes varying from sandy desert to tropical forest.

Hospitality takes center stage in Sudan. When a visitor arrives, refreshments are served almost immediately, followed by meals. Irrespective of the host’s economic situation or the contents of their refrigerator, the guests will be offered everything they have.

Patience is a Virtue

Although Sudans’ tourism numbers have decreased over the years, this shouldn’t deter the thrill-seeking adventurer from bridging geographical and cultural gaps and visiting the country.

Seek out those lodgings and genuine Sudanese experiences that are becoming that much easier to access through tourist websites like www.shiritravels.com.

Most current online articles solely reflect the countries political problems. When the approach to this country changes, so will its overall image. Wouldn’t you like to be part of that first-hand change? 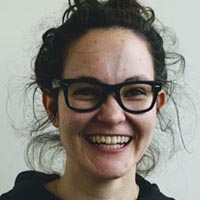