Most stories couldn’t derive from just anywhere. The rise of the English novel in the 18th century coincided with the developing nations far and near. Novels portrayed society through fictional characters in detailed backdrops, while seemingly becoming key players in the plot.

Literary Landscapes: Charting the Worlds of Classic Literature burrows deep into the geography, location, and terrain of beloved literary works, and examines how their setting is inherent to the stories that unravel within their boundaries. Endured travels and stories of fictional characters are vividly brought to life.

Readers grasp an intimate feel to the settings of famous books that influenced storytelling, characters, plots and the authors intent. The fully illustrated book, brimming with full-color images, will transport you to fiction’s greatest lands and allow you to connect to the story in a deeper sense than ever before.

An orphaned girl transforms the lives of siblings Matthew and Marilla Cuthbert through her exuberant personality and love of the island landscape that becomes her home.

Anne of Green Gables’s famed red-headed heroine, whom generations of readers have loved for her loquacious big-heartedness, is slow to make an appearance in the novel that bears her name. Rather than beginning with Anne, this famous Canadian novel begins with an intricate, tripping sentence that focuses on the perspective not of a person, but a place – a brook, making 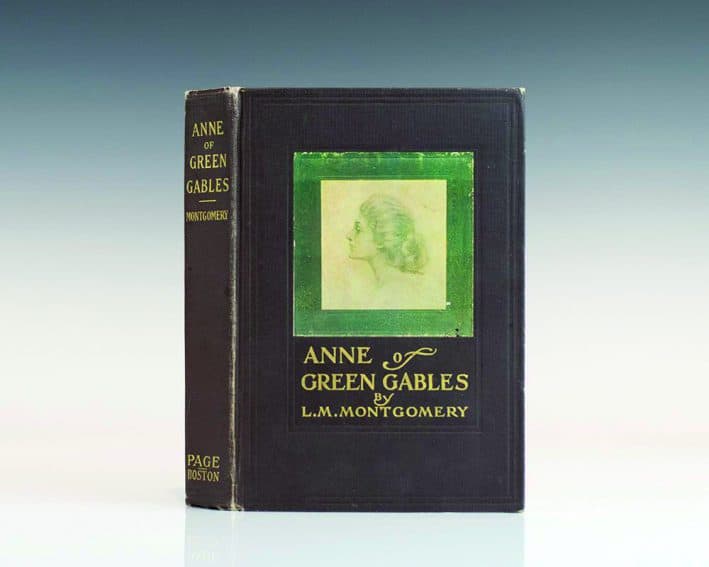 its way through the local village. ‘Mrs. Rachel Lynde lived just where the Avonlea main road dipped down into a little hollow, fringed with alders and ladies’ eardrops’, we read, ‘and traversed by a brook that had its source away back in the woods of the old Cuthbert place’. The sentence goes on:

It was reputed to be an intricate, headlong brook in its earlier course through those woods, with dark secrets of pool and cascade; but by the time it reached Lynde’s Hollow it was a quiet, well-conducted little stream, for not even a brook could run past Mrs. Rachel Lynde’s door without due regard for decency and decorum; it probably was conscious that Mrs. Rachel was sitting at her window, keeping a sharp eye on everything that passed, from brooks and children up, and that if she noticed anything odd or out of place she would never rest until she had ferreted out the whys and wherefores thereof.

In Anne of Green Gables place is a character, but it is also the plot. LM Montgomery’s beloved novel tells a story – of a young orphaned girl, who learns to find a place of home – but the setting matters more, and differently than it does in most other children’s fiction. What unites the characters of Anne of Green Gables is not any kind of quest, hope or tribulation – instead, it’s simply sharing the place of their distinct Prince Edward Island village, Avonlea.

Many qualities of Avonlea may sound like any late nineteenth-century town with a one-room schoolhouse, village hall and a church to visit on Sundays. But Avonlea’s textures and temperaments render it distinctly Canadian. The villagers of Avonlea have no interest in the American pioneer-like roaming that drives Laura and Pa onwards throughout the Little House books – but, on the other side, there’s none of the British manor house aristocracy of books like A Little Princess or even Pride and Prejudice.

Montgomery’s Anne novels describe a social world that’s democratic but deeply rooted, and profoundly concerned, like the brook is, with ‘decency and decorum’. And, not only is Avonlea Canadian, but it is also an island town. The provincial Maritime feel of Prince Edward Island – on the fringes of the world, detached from the sweep of history – allow small events to flourish into meaningfulness. The attentively described seasonal landscape of sea views and a verdant gardens takes the place of epic events.

And in this simple world of ice cream socials, spelling bees and mayflowers, brooks and children are equally fascinating occurrences, worthy of our richest attention. In fact, the novel’s opening sentence tells us something about how the story will go – for though she will always keep her ‘pool and cascade’, ‘headlong’ Anne, too, will come to be a ‘well regulated little stream’ as she courses through the narrative landscape that embraces her.

Children’s literature is full of magical destinations – in most so-called ‘chosen one’ narratives a child, often an orphan like Anne is whisked away to a place where her potential can be mentored towards some final heroic accomplishment. Think Oz, think Wonderland, think Narnia, think Hogwarts, think even Treasure Island (you could even consider, in a darker iteration, Katniss’s Hunger Games arena in this view).

Anne of Green Gables shares some kinship with these stories. Although Anne Shirley pines for romances, not heroic adventures, she begins the novel named after her yearning for drama, and certainly no one around her finds her – with her sparkling imagination, warm heart, and quick temper – anything less than remarkable.

But Green Gables is not a magical kingdom. Prince Edward Island is an island like Neverland, but there are no pirates or crocodiles, and the heroism that happens there revolves not around any terrible antagonist, but rather the more simple, if not less impressive, acts of building a community, and a family, out of people whose hearts, before, had not known how to be opened.

The lonely brother and sister, Matthew and Marilla Cuthburt, who adopt Anne, live an orderly life before she arrives. But they are cold, fearful, closed down – they have spent their lives shying away from any personal intimacy – and it is only after Anne arrives that the beauty of their home becomes luminously able to awaken a sense of love within them. They learn that decency can include joyfulness and imagination. And Anne knows from the beginning that home makes love possible.

The deep-heartedness of LM Montgomery’s story perhaps blooms from her personal connection to it. Like Anne, Montgomery grew up on a small Prince Edward Island farm. The village of Cavendish, where she grew up, is clearly a model for Anne’s Avonlea. And like Anne, Montgomery was adopted – not by strangers, but rather by her grandmother. Montgomery’s biography illustrates that her home was not a loving one. Signs of her grandmother’s love were withheld, even if they were present.

So perhaps it’s not surprising that Montgomery crafted a novel where the world works differently. Over the course of the novel, Anne grows from a neglected girl to a confident young woman, secure in the love of her adopted family. She realizes that her bitter school rival, Gilbert Blythe, deserves to be her friend; she learns particularly that Marilla, the woman who adopted her, loves her abidingly.

These transformations begin at the novel’s opening, when, over the course of the first three chapters, Anne is introduced to Avonlea. But it might be more accurate to say that Anne introduces Avonlea to the adopted family who has always lived there without fully appreciating it. Dazzled with the beauty of her new home, Anne immediately offers up names – the White Way of Delight, the Lake of Shining Waters, the Snow Queen – for paths and ponds and cherry trees that amplify the magical capacity of these seemingly ordinary places. They are not ‘magical’ in the sense that they have an otherworldly power. But when they are fully loved, as Anne loves them, they encourage a full engagement with daily life – an engagement that is sustaining, entertaining, and even ennobling.

Certainly, this is the case for Anne, as well as for Matthew and Marilla Cuthbert. While Matthew warms to Anne immediately, Marilla’s path forward is different, slower. She remains afraid of her growing love for Anne; she’s hesitant to share affection with the child who craves it. But home saves them. At the novel’s ending, Matthew suddenly dies. Montgomery describes mourning him in a way predictably attentive to the emotional experience of place. We read:

Two days afterward they carried Matthew Cuthbert over his homestead threshold and away from the fields he had tilled and the orchards he had loved and the trees he had planted; and then Avonlea settled back to its usual placidity and even at Green Gable’s affairs slipped into their old groove and work was done and duties fulfilled with regularity as before, although always with the aching sense of ‘loss in all familiar things’.

Loss aches, but in that hurt blossoms a kind of hope. Mourning her brother, Marilla opens her heart to Anne for the first time – and their openness to each other is sealed by mutually committing to maintain Green Gables as their home. ‘You can’t sell Green Gables’, Anne tells Marilla. ‘No one will love it as we do’.

In the later volumes of the Anne series, Green Gables remains a transformative place. In Anne of Avonlea, two ‘harum-scarum’ twins, Davey and Dora, fall under its pacifying influence; in Anne of Windy Poplars, the bitter and hopeless school vice-principle Katherine warms to a human connection for the first time.

Anne is a part of these transformations too. But what all eight novels show, and why so many readers love them, is an almost alchemical reaction between character and setting that make story possible where it wasn’t before. There was a Green Gables, a farmhouse in the small town of Avonlea before the orphan Anne Shirley arrived there.

But it is only after Green Gables shines in Anne’s love that it becomes a place where character’s lives and hearts – not only Anne’s but certainly hers – could be transformed. And it’s this central lesson, that there can be magic in our home places if we love it into being, that transforms not only Montgomery’s characters but also her readers.

About the General Editor

University College London. He currently teaches at the California Institute of Technology and specializes in Victorian fiction, 20th-century literature, and the history of publishing. Sutherland is a regular contributor to The Guardian, New Statesman, and the London Review of Books. Other works of Sutherland include “How to Read a Novel,” “Curiosities of Literature,” as well as serving a major contribution to “Literary Wonderlands: A Journey Through the Greatest Fictional Worlds Ever Created.”