Sri Lanka: In Search of the Perfect Cup of Tea

“What goodness Zesta?” asks my perfectly-postured waiter. He beams, almost imperceptibly shakes his head, and hovers unnecessarily at my breakfast table. Beneath a high-ceilinged veranda, the conversation has reached a stalemate.

A light breeze blows as I sip the finest cup of tea I’ve tasted so far in Sri Lanka, and I look at my attendant in his crisp white shirt. On the label of the teabag is written, “Zesta Plantation Fresh.”

My quest is to find the perfect cup of tea. Surely Sri Lanka, formerly Ceylon under the British, ought to be an excellent place for such a challenge. After all, the interior Hill Country – on an island regarded by Marco Polo as the finest of its size in the world – is replete with tea plantations.

But as I was soon to discover, the majority of the high-grade tea is exported; I was told I’d be better off drinking the stuff in London than in Kandy, Sri Lanka’s second city.

“Where from?” asks the tuk-tuk driver. “Ah, England. Very big, very strong, very money.” He drops me at the train station, for a journey east from Colombo, into the very heart of the tea-growing area.

Due to severe delays – a container has fallen onto the railway track – I have to take a bus. Several hours later, a tea lover’s dream unfolds, a vista awash with tea bushes growing on improbably vertiginous slopes. I can smell the acrid production as we pass the Waharajah Tea Processing Centre.

It isn’t the roads that are dangerous; it is the drivers. The bus driver lurches his vehicle round the hairpins, inches from a DAF truck’s bumper, filling the bus with black exhaust. On a particularly lethal bend we overtake, only to pull in seconds later to allow passengers to board. The truck plods past once more. Round the next bend is a bus on its side, ten feet over the precipice. Yet we continue to accelerate down hills, braking harshly.

Arriving in Dalhousie is a relief. I order some soothing tea at the Wathsala Inn, relaxing on a balcony affording a fine view of papaya trees and Adam’s Peak. Known locally as Sri Pada, the mountain’s summit is reputedly marked with the indentation of Buddha’s footprint.

“Start walking to the top at 2:30,” says Nimal, the hotel manager, adding far too much hot milk to my tea, and serving from a stainless steel pot rather than china.

With more than 5,000 steps to ascend before sunrise, I need some calories. But I can’t decide between a “plane” omelette and “sessional” vegetables from the menu.

“If it is raining, there will be leeches,” warns Nimal, eyeing my flip-flops as I deliberate. “I can lend you tiger balm if you want.” Under a perfect Orion constellation, precipitation looks unlikely.

At 3 a.m., pilgrims are already descending; they have rung the summit bell, and are uninterested in witnessing the sunrise. Having overtaken a tourist or two, I stop at the first tea stall en route, illuminated by dim streetlights.

A foul drink called Nestomalt is served, advertised as tea. The quest for the perfect cuppa is rapidly falling into abeyance.

At 4 a.m., the summit doesn’t look too far away; I have time to warm the throat once more. “Come here,” calls a tea vendor, displaying a poor but effective sales technique. Bustling industriously with a broom, he is wearing a black flying hat with earflaps, and pink-and-white material round his neck – like an oversized tea towel. He watches while I sip his odd-tasting beverage, a curious mix of both tea and coffee.

At 5.30 the sky lightens. Prayer flags flutter in the wind; musicians appear in procession. Pilgrims pray as the sun rises ever higher. Behind the peak, a triangular shadow of its bulk is reflected onto the clouds beneath; the ethereal silhouette is a perfect isosceles.

Returning to my hotel, a labourer is in my shower, holding half a coconut filled with cement. “Damage in your bathroom,” he explains. He diligently dabs at a crack in the tiles, using a splinter of palm tree as an effective makeshift brush.

With the shower evidently out of action, it seems a good time to visit Laxapana Tea Plantation, only about a hundred yards from the hotel.

Walking uninvited up the long drive, Tamil women smile shyly, barefoot and in rags. Beautiful, and vibrantly dressed, they somehow blend with their surroundings, as though they have sprouted from the tea bushes.

“Bye bye,” they call, waving hello from beneath their bright headscarves.

I stop and watch, as they appear to float across the bushes. Picking with both hands, the elbow remains still; only the forearm is lifted as they grab the leaves upwards (think of milking a cow and simply reverse the action).

When their hands are full with leaves, they reach behind their heads, dropping the harvest into weaved cone baskets on their backs. These baskets, containing between 5-8 kilograms (10-15 pounds) of leaves, are secured with a strap around the forehead.

The women form two patient queues at the weighing station, tipping their leaves into one of two baskets hanging from scales. Plastic wallets like passports – with only a single sheet of paper inside – are handed over.

The weight of leaves is noted; the wallets are tossed casually into the empty baskets. The leaves are then stuffed into onion-like, red string sacks, and loaded into a Mitsubishi truck that roars off over the hill. The women disperse, each holding a six-foot long bamboo cane.

A Sinhalese supervisor lays aside his clipboard and borrows a cane, placing it on the nearest tea bush. He demonstrates that the leaves jutting above the cane can be picked.

Travelling east to Haputale, I can see why there are so many – tea fills my field of vision in every direction.

At 5:15 a.m., a torch shines into my eyes. A tuk-tuk driver called La-la is taking me to Lipton’s Seat for sunrise, a viewpoint ten miles from Haputale by road. Peering from behind thick flaps – stuck with Velcro to the sides of the tuk-tuk – I can see dark clouds coalescing over the Poonagala hills.

“Very clear day,” says La–la, with misplaced élan, no doubt angling for a tip. He has already hinted how expensive petrol is.

We bump up a tortuous, unlit road riddled with potholes, slowing at a police checkpoint to show my passport in the inky light. Even in first gear, the engine coughs as we climb higher, passing bungalows clinging to the precipitous slopes as though affixed by glue.

Dawn breaks over the country that Sir Thomas Lipton, the infamous tea magnate, described as a “lovely and delectable island of spicy breezes.”

The sun has already risen as we reach a locked barrier, and there is still a mile to walk. But the stupendous panoramic view from Lipton’s Seat is worth every step.

This is the highest point of the mountain range, and Sir Thomas was renowned for sitting here, surveying his bounteous plantations. Fifteen minutes later, a villainous fog rolls in, sucking any warmth from the sun.

With La-la long gone, I amble back along the road, through the beautiful rambling tea estates. The punishing sun soon punches through the mist, illuminating a magical landscape, like a religious portrayal of rays from Heaven.

One woman is washing spring onions and turnips in a waterfall; another is hurrying barefoot, burdened by an enormous bundle of sticks on her head. Her gait is a cross between a walk and a run.

Tea workers begin to appear, taking steep, rocky shortcuts through the bushes en route to Dambatenne Tea Factory, a vast edifice built by Lipton in 1890. I follow them, encouraged by smiles, entering via the Staff Entrance. In the Fermenting Room a sign reads, “No Chewing Betel.”

For a modest fee, Anuba gives me an individual tour of the entire factory, beginning at the deep troughs upstairs. Here, the tea leaves are continuously heated for twelve hours, to remove 45% of the moisture.

A worker squats with a broom, sweeping the now withered leaves down a hole to the next stage of their processing journey. They are crushed, shaken, filtered through a mesh, fermented on the floor, and heated to 260 degrees F until only 3% moisture remains. At the end, there are eight different grades of tea.

“First two grades export to UK, China, Japan, Europe and Saudi Arabia,” Anuba says. He laughs. “In Sri Lanka, only drink bad tea.” Remarkably, the tour is winding up without any suggestion of actually sampling the product. Despite finishing in the Tasting Room, perhaps it is not worth his time on just one person. I’m disappointed.

From Dambatenne there is a choice of a public bus back to Haputale, or a bus laid on for the factory workers. Both are attractive options, full of interesting people able to speak English, but today I’d rather walk the remaining five miles. First, though, I need a revivifying cup of tea.

In the café across the road – in a collection of houses built as workers’ quarters – I place my order. When brought over, the tea has body, but no discernible flavor; this is low-grade tea.

Real flavor comes from tea grown at high altitudes, tea that has been packaged and shipped to my local supermarket in England. It seems my perfect cup of tea may well be the one I drink when arriving home from the airport. 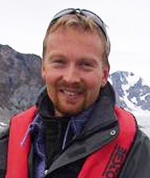 Barnaby Davies has written for Trucking Magazine (print), bootsnall (online) and theexpeditioner (online). As well as writing articles, 2010 will see him touring Europe as crew for Metallica, AC/DC and U2. He is happiest barefoot and as far from a television as possible.