The Museum of The Bible: Devoted to the Book

Washington D.C.’s newest museum: The Museum of The Bible, by Hobby Lobby

Washington D.C.’s newest museum tackles a weighty and potentially controversial topic: the Bible. The museum opened in November 2017 and is packed with several floors of interactive exhibits that cover everything from Bible history to the impact of the Bible in popular culture.

I have to admit I was a bit skeptical about the Museum of the Bible when I first visited. I had heard that Hobby Lobby, the conservative Christian company that fought against providing contraceptive care to its employees in 2014, was a major donor behind the $500 million museum.

I wondered if the museum would be an evangelistic tool with a heavy-handed message. I was pleasantly surprised. The exhibits are packed with information in a neutral, balanced tone.

Both Bible scholars and those who know little will come away with more knowledge and insight about the most popular book in history.

As you might expect, the Museum of the Bible features plenty of Bibles. On the history floor you can find everything from 2000-year-old fragments of the Dead Sea Scrolls (these are still being tested to determine if they are authentic) to beautiful illuminated manuscripts from the Middle Ages.

A French “pocket Bible” from the 1200s is an example of the first wave of Bibles divided into the chapters and two-column text that are used today. Their small size meant people could easily carry them. They were still in Latin.

The first Bibles in modern languages began to be written around the 1300s, but as videos document, early translators were often persecuted.

Much later, in the 1600s, translators produced the King James Version and the museum has several first-edition copies.

Today there are a plethora of Bible versions. Want to see the Lego Bible for kids? How about a manga version? You can find all these on display.

The history floor culminates in a room called Illuminations. It’s an oval-shaped room lined with thousands of Bibles.

Displays point out that of the 7,000 living languages in the world, almost 1,700 still have no Bible passages at all in their language, while many only have portions of the Bible. Monitors in the middle of the room play loops of various people reading the Bible in their languages.

The museum devotes another floor to simply telling stories from the Bible through immersive multimedia.

In the Hebrew Bible Experience, visitors walk through a series of rooms where they watch videos and experience special effects that bring to life stories of creation, Moses, David and the Prophets.

At one point, visitors walk down a hall toward a huge, lit-up “burning bush.” Later visitors “cross the Red Sea,” a hallway hung from ceiling to floor with glowing blue rods.

Complimenting the Old Testament stories is the World of Jesus of Nazareth. It’s a faux Middle-Eastern village complete with olive trees and guides dressed in period costume who explain how a wine press works and recount Jesus’ parables.

Another floor of the museum is dedicated to the Bible’s impact on culture. Considering the Bible is the most read book in history there is plenty to cover here.

You can find everything from displays that show how the Gregorian calendar is based on the Bible to exhibits that document Bible references in art, music, literature, and fashion.

Who remembers there was a mention of the Bible in “Ghostbusters?” And in case you always wanted to see it, there’s a copy of Elvis’s personal Bible. Soon you’ll be able to create a t-shirt that incorporates Biblical art.

A nice touch is a live demonstration of the Gutenberg press (a replica of the real one). When Johannes Gutenberg pioneered his press in the 1400s he made it possible for the Bible to be mass-produced instead of laboriously hand-copied.

Some Christians enjoy pointing out how America was founded on Biblical principals. They will find parts of this museum satisfying. The impact on culture floor presents a section explaining how Puritans brought the Bible to the new world.

There are Puritan Bibles and a copy of the first Bible printed in the Americas, the Eliot Bible, written in the language of the Algonquian Indians.

There’s also a display that discusses the influence of the Bible on the writing of the “Battle Hymn of the Republic” and a full-size replica of the Liberty Bell, which has a Bible verse inscribed on the top.

Perhaps the exhibit most meaningful for Christians looking for historical affirmations of their faith is a virtual fly-over of Washington, D.C. In a page taken from Disneyworld, visitors enter a room where they stand in rows facing a large screen. The platform they stand on tilts and shifts to give visitors the sensation they are flying over D.C.

They swoop down over the Lincoln Memorial and the Washington Monument as the narrator reads the Biblical verses inscribed on each structure. The man in front of me excitedly remarked at the end: “This is the stuff they don’t teach you about.” Then he asked his friends if they wanted to do the “ride” again.

The Bible Museum offers guided tours of each floor on various topics. I signed up for the Dead Sea Scrolls tour and my docent was incredibly well-informed. It turned out she used to work at the British Museum, where many original Bible artifacts can be found. She didn’t shy away from controversial topics. For instance, she mentioned that every culture has its own flood story, similar to the one in the Bible. Does this mean there was one flood experienced by all cultures? Or were there various floods? You draw your own conclusions, she said.

Visiting the Museum of the Bible

The top floor boasts a “Manna Restaurant,” with several Middle Eastern dishes. There’s also a Biblical garden with plants common to the Holy Land. The Museum is located three blocks from the Capitol and close to other important sites.

Other places to visit in D.C: The National Portrait Gallery and More

There are a lot of other exciting new things to see in Washington in 2018.

The National Museum of African American History and Culture opened its new facility in 2016 to much fanfare (with Barack Obama presiding) and is still so popular that visitors must sign up online for timed entry passes. The passes often sell out soon after they are posted each morning. The museum includes everything from items owned by Harriet Tubman to Mohammed Ali’s boxing gloves.

The National Portrait Gallery is buzzing these days with visitors who want to see Michelle Obama’s controversial portrait. You can judge for yourself whether the artist captured the likeness of the former First Lady. Until January 6, 2019, a special exhibit, “Unseen: Our Past in a New Light,” presents powerful pieces that show how art has often ignored African Americans and turned a blind eye to racial injustice.

The Renwick Gallery, a smaller museum devoted to contemporary American craft and decorative art, is featuring an exhibit on the art of Burning Man, the annual countercultural event in the Nevada desert. The museum will feature room-sized installations, costumes and other items from Burning Man through January 21, 2019. Art will also be displayed throughout the surrounding neighborhood, which sits right across from the White House.

Finally, if you visit the Bible Museum, it’s fitting to visit the nation’s “spiritual home,” the National Cathedral. The Cathedral has hosted many presidential prayer services and memorials and is an impressive Gothic structure.

It is located in a tree-lined area of Northwest D.C. away from the hub-bub of the Capitol. Visitors can take several special tours, including a behind-the-scenes tour and a gargoyle tour that examines the building’s architecture and history. 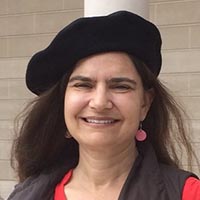 Allison de Laveaga is a freelance writer living in Berkeley, California. She writes about parenting, writing and other topics on her website, allisondelaveaga.com. She loves to travel, especially to Spanish-speaking countries.

www.gonomad.com
This article was last updated Oct 16, 2019 @ 10:21 pm
If we've inspired you to travel with this story, why not check out the prices to get there and make it happen. Search airfares, hotels, and rental cars here. Thanks!