What do you do when waiting at an airport? Play on your phone, talk, read, or listen to music. When hours pass, these activities can feel tedious.

But what if you didn’t have to wait for the fun to begin? What if the excitement could start right when you get into the airport?  At Istanbul Airport, it can! Put down your suitcase and learn about the wonders of Turkey at the “Treasures of Turkey: Faces of the Throne” Museum.

Turkish History at the Airport 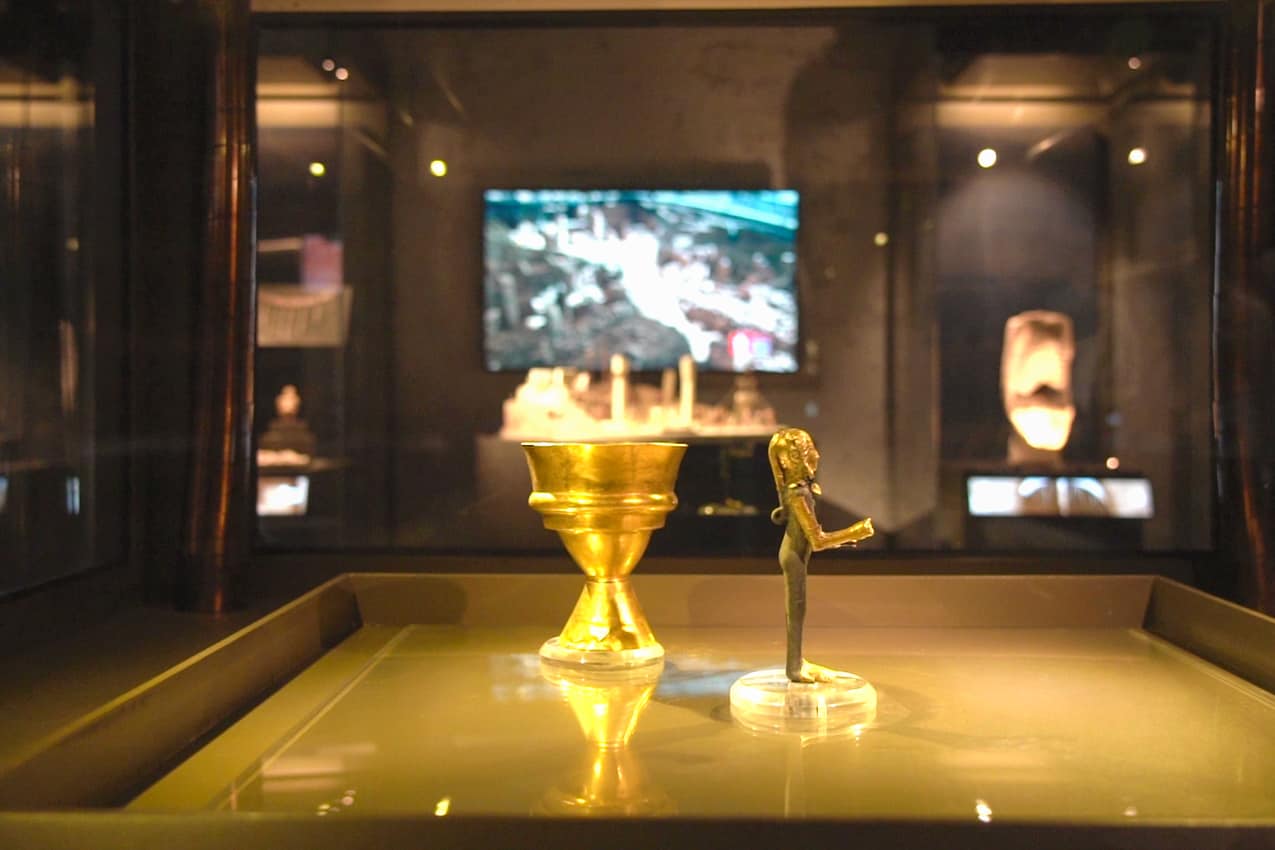 Turkey has an incredibly diverse history and culture. Throughout ancient times, Turkey was under the rule of several empires, including the Roman Empire and the Achaemenid Empire. After the decline of the Ottoman Empire and the Turkish War of Independence, the country became the Republic of Turkey.

Turkey also serves as an intersection between Europe and Asia, bridging Eastern and Western civilizations. Both Eastern and Western influences can be seen in Turkey’s culture and through its history. This rich history is showcased and celebrated in “Treasures of Turkey: Faces of the Throne.”

A Museum in an Airport

Why place this exploration of Turkish history at the airport? “Our goal is for our passengers to experience a beautiful and memorable journey by focusing on art and culture, away from travel stress,” says a spokesperson for the Istanbul Grand Airport company. “This elevates the airport from a global hub with outstanding passenger service to a venue for culture and art.”

Istanbul joins San Francisco and Amsterdam to be one of the few airports to feature a museum. But what makes the “Treasures of Turkey: Faces of the Throne” Museum unique is its dedication to teaching Turkish History.

As the IGA company puts it, “Istanbul Airport aims to improve its passengers’ travel experience with the museum recently put into service, while acquainting every tourist that comes to Istanbul with Turkish culture.”

The museum has 1000 square meters of exhibition space, included sections designed specifically for children with an interactive playground. Passengers can spend approximately an hour in the museum and additional time in the museum shop.

Features of the Museum

Visitors can also see the bust of Alexander the Great, who rose to power at only 25 years old in 331 BC. Alexander, king of Macedonia, conquered most of the civilizations from Greece to India by the age of 30. His name is one of the most well known in history.

The museum also showcases the personal belongings of rulers who presided over what is now Turkey. Tourists can see the “Charming Shirts and Robes” of the Ottoman Sultans who for 600 years ruled Europe and Asia. These clothes and other possessions reveal aspects of the wearers’ social status and religion.

You can also get information on 18 places in Turkey listed as World Cultural Heritage Sites by UNESCO. This can help you solidify your travel plans while still at the airport!

Tourism and the Museum

The museum’s placement will also be beneficial to Turkey’s tourism industry. The IGA company hopes that it will help pique traveler’s interest in the country and wish to stay in Turkey. They state, “We plan that Istanbul Airport Museum, serving as a manifestation of the importance we attach to culture and art, will also contribute to the promotion of our country.”

The museum is a permanent fixture within the airport. The exhibits will change regularly over the next years to keep offering new experiences, but will still represent the culture and heritage of Turkey.

Importance on a Larger Scale

The new airport museum makes a broader impact as well. By spreading knowledge of Turkish history, the museum also helps its visitors understand the interdisciplinarity of culture in a new way. Since Turkey has been under the influence of so many different nations and empires, the country has grown to have elements of myriad other backgrounds.

The IGA company says, “We want Istanbul Airport, which is a global hub and worldwide meeting point already, to be a meeting center for culture and art.”

Turkish history is important for people to know for multiple reasons. The country has Neolithic settlements: remnants of some of the oldest towns in the world (Çatalhöyük) and the oldest temples as well (Göbekli Tepe and Nevalı Çori).

Their Hellenistic heritage has also made an impact on Turkey, seen through the ancient Greek structures of Pergamon and Ephesus. It can also be seen in the ancient Lycian rock-cut tombs.

Just as influential is the country’s Byzantium heritage. In the Byzantine empire, Istanbul (then called Constantinople) was a major hub of trading and politics. Their role as a center of politics and culture as well as the architectural landmarks created in Constantinople, make this destination especially enriching. By broadening their understanding of Turkish history, travelers become more global citizens.

So what are you waiting for? Chase away your airport boredom and become a global citizen by stopping in this historical treasure trove the next time you fly through one of the newest airports in the world.

Sierra DeWalt is a travel and food enthusiast from Ayer, Massachusetts. Her work can be read on the International Studies Abroad blog. Most recently, she spent 4 months living in Wellington, New Zealand, where she explored several of New Zealand’s major cities. Other than travel, she enjoys acting, reading, and eating large amounts of gelato.