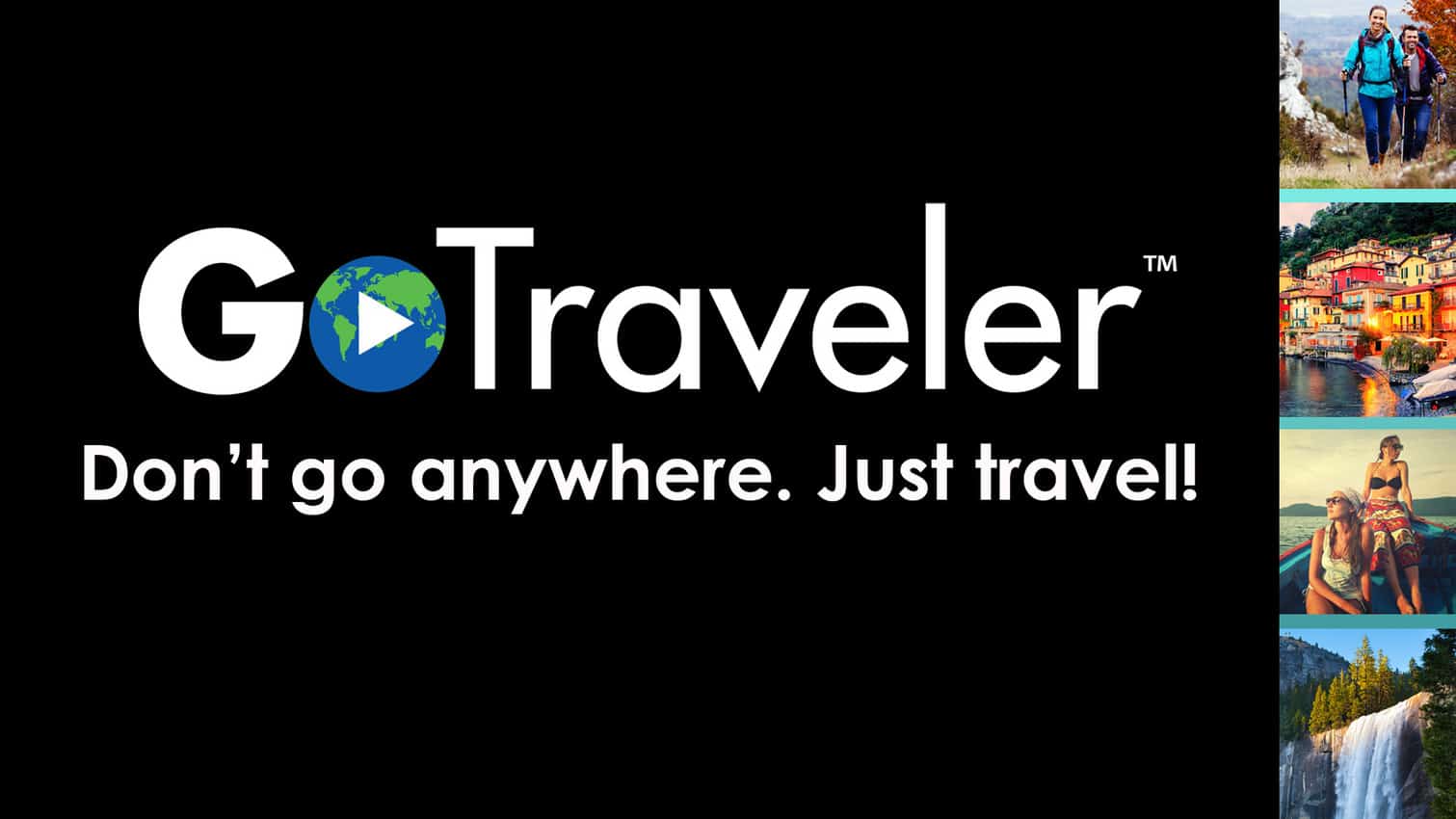 GoTraveler’s Exceptional Travel Videos are Accessible to All

Want to have the world in the palm of your hand? GoTraveler may get you as close as possible to just that.

GoTraveler, a division of Questar Entertainment, is a video distributor that has been creating content for over 30 years. Introduced in 2017, GoTraveler is the digital database of all Questar’s travel footage. From the Amalfi Coast of Italy to the Silk Road in China, GoTraveler has recorded, edited, and broadcasted hundreds of destinations to the world.

With destination footage piling up for decades, the company deciding it was time to take their archives to the web.

“In the past few years, we’ve decided to put that whole collection into the digital streaming space and make it available to the public,” Questar Entertainment President, Jonathan Plowman said.

“They can go in there and choose basically any destination anywhere in the world and watch a video about that destination.”

Not only that, but these videos are also free for anyone to watch! This is due to a switch in the company’s business model.

Originally the service had a subscription fee. This prompted people to ask why they would pay for GoTraveler when there is a wealth of resources about travel available on YouTube.

“What differs between the content that we have and most travel video content that’s out there on the web is that our videos are all professionally produced by professional filmmakers and they’re hosted by travel experts,” Plowman said.

The company has switched from being subscription-based to ad-based. This allows more people all over the world to see high-quality travel videos for free! Has this helped the business?

“Since shifting our model, we’ve seen watch time and interest increase, with a growing email list of over 20,000 subscribers,” says Amanda Elliott of GoTraveler. “We saw an 80% month over month increase in users on our GoTraveler App on Roku, which now has about 150k app downloads.”

The improvements don’t stop there. GoTraveler’s social media channels have also been growing. This year, their Facebook reached 20,000 likes from its previous 7,000. Some of their Facebook videos reach over 80,000 people. Their most popular YouTube video, which is about Katmai National Park, has over 5 million views.

What People Think: Before and After

How does this affect the feedback people give about GoTraveler? Well, let’s look at some comments people made before and after the company’s relaunch.

Here are some comments from before the business changed to ad-based.

“Unless you get some well-known people to stop posting on Youtube and posting there, this will never fly. Might get a few people, but not enough to pay creators a fair amount, market the site, and make a profit,” commented Jim Cheney in response to GoNOMAD’s query.

“The better question is what will you provide me for $7/month that I can’t find elsewhere? There is some excellent content being offered for free on Youtube,” said blogger Broderick Smylie.

Since the transition, here is feedback from those who have downloaded the app.

One anonymous reviewer says, “This is by far the most robust Travel channel I have ever seen. There are hundreds of hours of amazing travel content.

These are Broadcast and Cable programs like Rudy Maxa’s World, Laura McKenzie, and Green Paradise. I highly recommend this APP!!”

Robin also had a positive experience, saying: “Great app. Though, joining/creating an account via the app seems impossible as the “create” button is frozen. Otherwise a nice layout, easy interface, and great quality.”

Not all reviews will be glowing ones. David Biggerstaff was not impressed. He left a two-star review and says “Disappointing. Not very well organized or useful. A narrow range of information which tends to send you chasing rabbits.”

Overall, however, customer feedback has improved since the relaunch.

Professionalism is valued at GoTraveler, and they insist that’s what sets them apart from the amateurs.

Some of their hosts include the late Anthony Bourdain, Rudy Maxa, Shari Belafonte and Laura McKenzie. With experts like these narrating the programs, GoTraveler’s viewers have more trust in the videos they watch, thus feel more prepared in planning a future vacation.

“People want to have information from a professional whether they’re planning a vacation or looking at what it’s like to take a trip to somewhere,” Plowman said. “They don’t want to have it necessarily from the perspective of another amateur like themselves that doesn’t know where the best places to go and what the most interesting things to see are. They prefer to get it from the perspective of a professional that knows how to best do this, and that’s what our videos offer.” 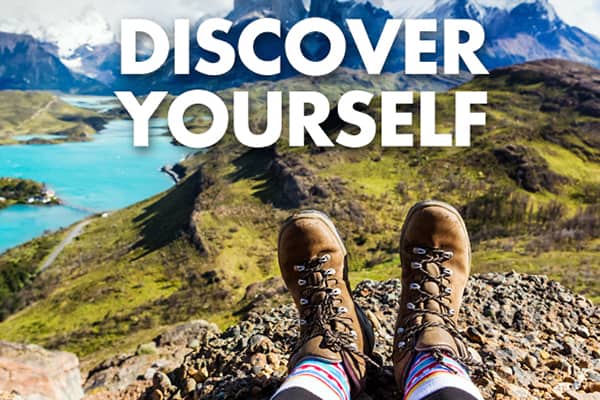 GoTraveler’s team has already put the research into what is the best food, attractions, hotels, and more at every international hotspot they visit– unlike someone on Youtube who may just be walking around Paris with a cellphone camera narrating where the day takes him.

The new tagline for GoTraveler is “Don’t Go Anywhere! Just travel.” This is an especially fitting message in 2020.

According to an article by Travel + Leisure magazine, the absence of travel has been taking an emotional toll on people. Getting a virtual experience of traveling could alleviate this. In addition, the company is partnering with Kayak to make Kayak @Home videos where people can experience a day of kayaking from in their bed.

“Ultimately, GoTraveler is a source of inspiration as well as education about our world,” says Elliot. “We see everyone from school teachers using our GoTraveler app and YouTube channel in lesson plans. As well as, young adults who reminiscence on traveling and enjoying a good meal on Anthony Bourdain A Cook’s Tour, and then exploring nature and the impact of travel on the environment in our Green Paradise series.”

GoTraveler continues to add awe-inspiring destinations from all over the world to their video collection. Currently, some of their series include Cuba Today, Fantastic Festivals of the World, The Silk Road, and Rudy Maxa’s World. Foodies, nature-lovers, and everyone in between can find a place they will love.

GoTraveler stems from its parent company, Questar Entertainment. Questar is celebrating it’s 35th anniversary and will be launching new Questar and Supreme channels soon. There is always more to discover, but what better way to start than watching the world’s most exquisite vacation spots from the safety of home.

Sierra DeWalt is a travel and food enthusiast from Ayer, Massachusetts. Her work can be read on the International Studies Abroad blog. Most recently, she spent 4 months living in Wellington, New Zealand, where she explored several of New Zealand’s major cities. Other than travel, she enjoys acting, reading, and eating large amounts of gelato.