One of the oldest European cities in the Americas, Granada has been subject to pirate attacks and a dramatic American filibuster and is now known to Nicaraguans as a weekend getaway and tourist destination. 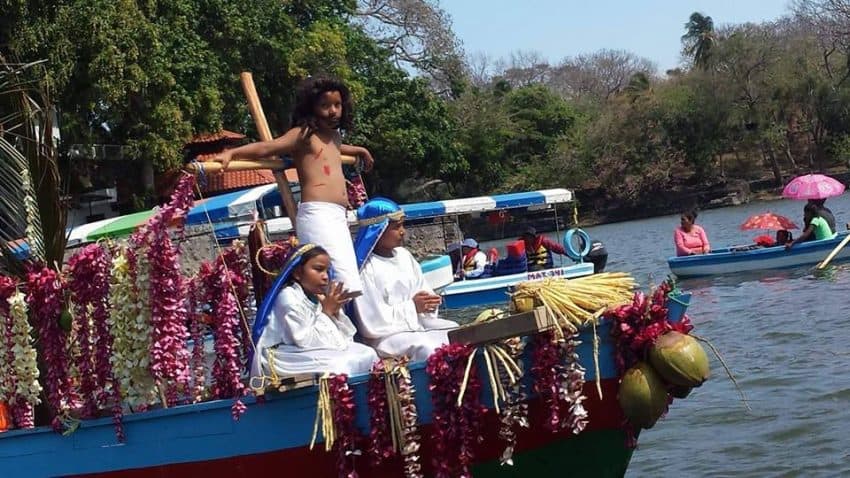 An hour from the busy, chaotic metropolis of Managua, Nicaragua, on the northwestern shore of Lake Cocibolca, under the shadow of Mombacho Volcano.

Granada is an elegant colonial city with a history of pirate attacks, home to beautiful lush islets, beautiful cathedrals, numerous activities, and a number of excellent restaurants and bars.

It is a popular tourist destination and weekend getaway for Nicaraguans but is still very much a local city.

During Semana Santa (Holy Week) there are parties along the lake, a beautiful reenactment of the Stations of the Cross in the islets, and many religious processions (particularly notable that for Palm Sunday).

The dry season is November-April.

Fly into Agosto Sandino International Airport in Managua. You can take a taxi directly to Granada for about 30 US dollars (taxi rates are not fixed in Nicaragua so you will have to negotiate the price) or take a taxi to the UCA terminal and take a bus to Granada – busses run on a near-constant basis during the day.

Granada is small so it is possible to walk everywhere within the city (though you should keep an eye on your possessions outside of the center). Taxis are inexpensive and can be hailed off the street. Within the city the rates are 15-20 córdobas – less than a dollar.

The Isletas are a group of more than 365 tiny islands formed after an ancient eruption of Mombacho Volcano. Today they are a beautiful display of the nature of Nicaragua and inhabited by fishermen and millionaires.

One of the islands is home to the Fort of San Pablo, built by the Spanish in 1789 to defend Granada from pirate attacks, another holds a local cemetery, and one is home to a population of monkeys who can be seen swinging in the trees.

Various companies and private individuals offer boat tours of the isletas – the normal price range is 20-30 US dollars. Note that those susceptible to seasickness may find the tours difficult without preparation.

La Calzada street is mostly pedestrianized and home to a number of restaurants serving a variety of cuisines. At night there are often musicians and street performers, making it a pleasant, vibrant place to sip on a cocktail and soak in the atmosphere. 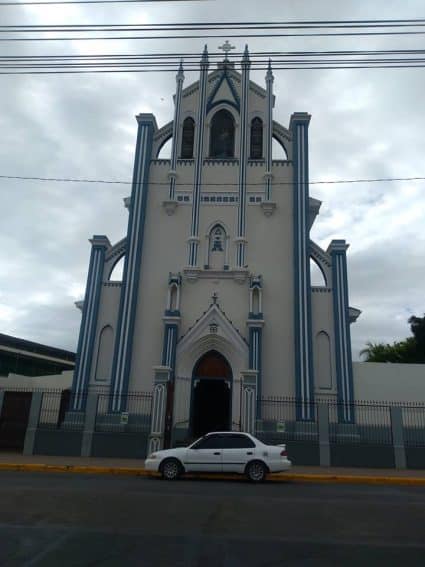 Flor de Caña rum tasting at Ciudad Lounge (two blocks north and one block east of Iglesia de Xalteva). They also sell a number of other Nicaraguan products such as liqueurs and cigars.

The Immaculate Conception Cathedral, Iglesia La Merced, and Iglesia de Xalteva with its interesting park are the most notable features of the landscape and are hard to miss, but for pure aesthetics, La Capilla Maria Auxiliadora is probably the most notable.

The exterior graceful and there is some really beautiful interior art. It is located very near La Polvora, an 18th-century fortress built to store gunpowder, which is not usually open to the public but is interesting to look at.

This small museum (located next to the Choco Museo, which is also worth a visit if you are interested in the production of chocolate) features architectural items and displays from Nicaragua.

Entrance for foreigners is five dollars and it is free for Nicaraguans – this is to encourage Nicaraguans to learn about their history.

While it’s not a large museum, there is a lot of information as well as some activities for children.

This German-owned guesthouse is located away from the city center on a dirt road in a residential area, so it is not the best option if you want easy access to La Calzada and the sights, but a great choice if you want a stronger taste of real Nicaraguan life – and German comfort and hospitality.

There are lovely rooms, good wifi, and an excellent German restaurant and bar. Outside the guesthouse, you will get a taste of Nicaraguan daily life: people gathering to play baseball on the street, fireworks and dance music at night, horses grazing freely and herds of cattle making their way home.

There are a few pulperías nearby.

More central choices are Hotel Jerico and Hospedaje Cocibolca on La Calzada, and social travelers will probably like Hostel Selina, which has a number of amenities and activities for reasonable prices.

Pita Pita is an Israeli restaurant centered around a courtyard with really delicious Mediterranean food and a pizza oven. There is a lot of variety of dishes, all high-quality and a wonderful atmosphere and aside from Tonelli & Boanerg in Managua, is probably the best restaurant in Nicaragua. There are a number of vegetarian options.

For gallo pinto (red beans and rice), the great breakfast food of Nicaragua, Cafe de Arte or the Garden Cafe (located on the same street as Pita Pita) are excellent choices.

Salvadorean pupusas (a kind of stuffed tortilla) are very popular in Nicaragua and are often sold near the Central Park – there are also a couple restaurants serving them along La Calzada.

There are many very good restaurants in Granada, with decent service.

The shopping street is a block west of the Central Park, and though a variety of wares are sold here, it’s very crowded and dirty and better avoided, but if you need clothes or electronics this is the place to go. There are souvenirs sold in Central Park as well as a number of shops along La Calzada.

For grocery shopping, La Colonia in Plaza Immaculada has everything you could want, but there are a number of mini-markets in the town center and pulperías in more rural parts.

Encuentros is a club on La Calzada with good drinks and a great atmosphere – the rooftop bar has a lovely view. There is a pool where you can go swimming for a small fee and occasional events and live music.

There are a number of schools offering Spanish lessons and painting and ceramics classes.

The area near the lake especially, and the rural areas in general, are dangerous to walk through at night. There is not much violent crime reported but there’s always a danger of being a victim of petty theft, so keep your passport in your hotel room, don’t carry a lot of cash, and keep an eye on your possessions.

Nicaraguans drink the tap water but it’s not advised for tourists.

American, Canadian, and EU citizens do not require anything but a valid passport to enter Nicaragua and are allowed to stay for 90 days. Note that Nicaragua shares a visa with Guatemala, El Salvador, and Honduras and the 90 days includes visiting these countries.

Granada uses the córdoba; one US dollar is worth approximately three córdobas. Many institutions in Granada take dollars as well as major credit cards, but you should have some local currency as well.

Many people speak English in Nicaragua and many do not, so having some Spanish helps. 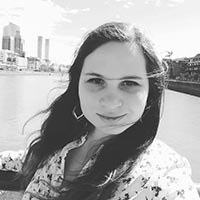 Adele Jones is a writer and teacher who loves to travel, learn about, and experience the world and help others share these experiences. Originally from the American West and currently in Scotland, she has lived in Russia, Germany, Italy, Peru, Argentina, and Nicaragua, visited many other countries, and hopes to visit more!