We were so close to winning the Euromillions but forgetting we had the golden ticket in our back pocket – theoretically speaking of course.

Having spent the past couple of days being bitten by mosquitos, nats and a bloodsucking leech next to

a waterfall at Khao Sok National Park (which our tour guide said was rare while I screamed in a panic), we had had enough.

Thailand has got to be the most beautiful and underrated country in the world with its fascinating history, stunning temples and statues and Instagram-worthy scenery.

We were nearing the end of the trip and shamefully, I was getting a bit fed up.

Following the leech-fiasco, we were seriously considering ditching the next part of our itinerary prepared by Beyond Tourism and heading straight to the beach resort in Koh Lanta for a few days of sipping cool glasses of strawberry daiquiris at a poolside.

But boy am I relieved that we didn’t.

Off in the Long Tail Boat

We were picked up by a minivan from Our Jungle House and stopped off at a few nearby locations on the way to the pier to pick up some fellow travelers.

They included a Portuguese-Geordie couple on their honeymoon, a Holland singer and her boyfriend and two American besties who were spending the next few months making tracks around Asia.

As we all boarded an engine-powered traditional long tail boat, we met our guide who would soon become a legend in our memories as we look back at our time in Thailand.

Nit, with his cowboy hat and a smile plastered on his face, welcomed us all to what had to be one of the best parts of the trip.

The thought of blood trickling from my ankle after the leech was ripped off (something that is not advised if you are ever in that situation), soon started to evaporate into the warm air as the wind hit our faces at a rapid speed and we were surrounded by towering rainforest-covered limestone mountains and clear-cut blue water.

Making our way through Chiaw Laan Lake, I lost count of the pictures I took and the times I had to stop myself so I could appreciate the moment with my own eyes rather than through a lens.

I don’t know how long we were on the boat for exactly but I could have stayed on there for at least another hour and I wasn’t the only one, sensing the wonder and bewilderment of my fellow travelers.

Soon enough though, we made it to our floating bamboo bungalows where we would spend the next 24 hours.

To say they were basic would be entirely accurate.

If you ever go to a “basic” hotel with a bathroom, double bed, TV, and hairdryer, please do tell the manager in the guest book that their rooms are far from basic.

We trod carefully along the higgledy-piggledy wooden pathway to get to our rafthouse and as we stepped onto our porch and peered into our temporary home, we saw the true meaning of basic.

Two almost ground-level mattresses, pillows and a thin blanket each. That was it.

Oh, we did have a small light which we could turn on for four hours but the power was automatically cut at midnight.

Now that is basic.

After a welcome buffet of curry, stir-fry, omelet, and fruit, we were given the option of another venture on the boat followed by a hike.

Having the scars of a leech sucking on my blood still etched clearly into my brain from hiking the day before, we decided to miss this one out.

Fortunately for us, the rest of our group opted in, leaving us almost the entire day to exclusively enjoy what was around us.

Laying on our bamboo porch gazing at the mountains in the distance, you could hear nothing but the warm water gently swaying, gliding up against the legs of our bungalow in a soothing motion.

From a few minutes under the scorching sun, I started sweating buckets but as we were just a few steps from being able to plunge into the lake for a swim, it didn’t really matter.

Our day was simply filled with laying, swimming and, as kayaks were tied up outside the bungalows, exploring more of what the landscape had to offer.

Treated to a dinner of more curry, stir-fry, omelet and this time fish caught from the lake, when everyone got back, everything felt peaceful.

Everyone was dripping in sweat and sunburnt but none of that seemed important.

As darkness and stars overtook the skies, Nit knew the perfect way to end the day.

Sat cross-legged in a circle, he got out his battered-looking guitar and started to sing, encouraging us all to join in.

Many with a beer in hand, we listened and swayed and sung along to Wonderwall, Jason Mraz’ I’m Yours and Hotel California.

More travelers from different groups gradually started to sit with us as the woman from Holland began to do a rendition of Adele’s Someone Like You, accompanied by Nit.

There was just something magical about that night.

Nothing was forced, no distractions, no electricity, everything, even the spontaneous sing-a-long, was natural.

Although I’ll have to admit, it wasn’t the best night’s sleep I’ve ever had.

With a paper-thin mattress, a large group of 60-something-year-old Thai people partying into the early hours of the morning and a small cluster of ant bites under my right arm which I discovered later the next day (we were told to wear long shirts to bed but it was definitely too hot for that), I only managed to get a few hours kip.

But as we all wolfed down our breakfast, stepped back onto the long tail boat and once again sailed across the lake on our way to the pier, I looked back at the raft houses and felt overwhelmingly lucky for that day.

Book a stay at this place 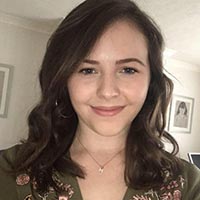 Hayley Anderson has been a local newspaper journalist for the past five years based in London but is seeking to become a full-time freelance writer.