VanLife: Your Home On The Road 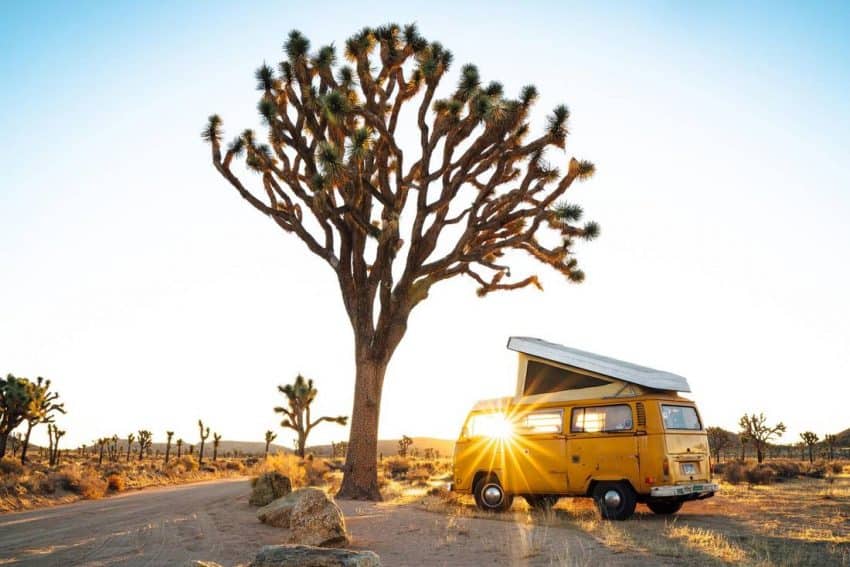 In Van Life: Your Home on the Road

a Manhattan-based corporate working stiff named Foster Huntington made the rash decision to quit his job and hit the open road in his 1987 Volkswagen Syncro van. Clocking in over 12,000 miles in three years, Huntington journeyed as far as British Columbia and all the way down to Baja California in Mexico.

<
Every step of the way, Huntington documented his travels through social media platforms, racking up thousands of followers, and cultivating a following through his #vanlife hashtag.

Huntington is a photographer and filmmaker from rural Washington state. Through the social media site, Tumblr, he documented his journey and published his first book Home is Where You Park it in 2011.

Today, Huntington lives in a treehouse near the Columbia River Gorge in Washinton, creating short films and photo projects at his studio.

The book inspires readers to live simply and tread lightly. With intimate interviews of solo van travelers, couples and families, Huntington helps cultivate inspiration to future van-livers in this photo-full work of art.

Organized by style and make, the book dives deep into the world of vans, separating into sections like Volkswagen vans, American-made vans, Japanese vans, Sprinter vans, campervans, converted school buses, and so many more, in the 246 pages of 250 stunning photos.

Popping off the lid of my burrito bowl, I mixed the layers of beans, rice, and meat with a deft flip of the wrist. It was by no means up to the standards of a West Coast burrito, but it was still virtually unparalleled compared to the other lunch offerings of midtown Manhattan. Chewing with satisfaction, I minimized my work e-mail, opened up a fresh browser window, and went to thesamba.com, a forum and classified listing for Volkswagen vans.

“Check this thing out,” I said as I motioned to a listing for a 1987 VW Vanagon Syncro.

Tyson, my coworker, leaned back from his laptop.

“Yah, VW made these in the eighties for a few years. I wanna get one,” I explained.

“But what would you do with it? Where would you park it?”

This was a logical line of questioning from Tyson, referring to the astronomical cost of having a car in New York. I had a plan, though, even if it was a simple one.

“I want to travel around in it for a while. They have a bed and little kitchen. I’d just surf. Some backpacking. Probably live in it.”

“And say goodbye bye to all of this?” Tyson said, motioning to our windowless office.

Over the next few weeks, web searches for vans grew to a full-time obsession as I was checking half a dozen forums daily. After hours of research, I honed in on what I had to have: the VW T3 Syncro–the rarest of the rare. Roughly three thousand of these vans were imported into the US from 1987 to 1991, and since then the remaining fleet has garnered a cult-like following.

Syncros, as they are called, can go anywhere, albeit slowly. They are underpowered, but moving at a more deliberate pace seemed awfully appealing to me. The fast pace of my corporate surroundings was starting to take its toll.

On the walk to work, on the subway riding around Manhattan, and as I fell asleep, my thoughts were consumed with exploring the never-ending dirt roads of the West and Mexico.

I fantasized about exploring remote sections of Baja, sleeping under the redwoods in Northern California, and carving through snowy roads in the mountains of Wyoming. I read other people’s accounts of living out of their vans. I talked to friends who had spent time living out of their cars. I watched videos on YouTube. It was all starting to seem so simple. All I needed was a home built on four wheels.

My infatuation with livable vehicles dated back to a month-long road trip around California with family in the mid-nineties. I quickly adapted to riding around in the cab-over bed of the small RV listening to the Forrest Gump soundtrack. I fell in love with the ease and simplicity of pulling over to the side of the road to sleep and waking up in a beautiful place. My eight-year-old self-equated a vehicle that you could sleep into a driveable fort or a customized escape capsule. In other words, there was nothing better.

After high school in Oregon, I moved to Maine, spending four years at a small college. During this time I explored the vastness of the Pine Tree State with my friend and fellow future van dweller Dan Opalacz. We endured freezing nights sleeping in the back of his Toyota Highlander, nestled among surfboards in a makeshift platform bed.

We’d park in state parks and in abandoned driveways, waiting for the sun to rise so we could check the swells. Every time we were on the move it brought back the same visceral feelings of excitement, exploration, and independence. 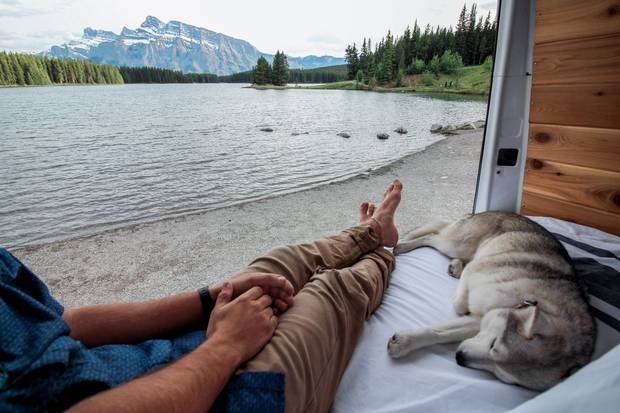 My daydreams and memories contrasted starkly with what was becoming a more and more “grown-up” daily routine in Manhattan. Each day I arrived to work in midtown by 8 A.M. I ate breakfast at my desk for twenty minutes and would rarely return home before 8 P.M. I had landed what I thought was my dream job and to my peers it seemed like I was headed down the “right” path, but I struggled with the growing feeling that I wasn’t going to live up to my expectations of what my life could truly be.

With all this in mind, I started planning my exit from New York. Coincidentally, a photo project of mine called The Burning House had been picked up to be published. Adding the book advance to the other funds I’d been squirreling away, I started searching for a van with a renewed sense of urgency.

I found the listing for my VW T3 Syncro in late May of 2011. It had all of the modifications I wanted: front and rear locking differentials, an engine swap, upgraded suspension, off-road tires, and a fresh paint job. Like me, the original owners were from Portland, Oregon, and they had babied the van since picking it up at the dealership in 1987.

To this day, I still get goosebumps thinking about the moment I dialed the number on the listing and the owner picked up. Thankfully, everything checked out. It was the one. We agreed to meet at the Reno airport the following Saturday.

I was beyond ecstatic. I bought a one-way ticket, put in my notice at work, and started packing up my apartment. I was in a waking dream, scheming about modifications and customizations.

One week later, I caught a cab to JFK at 4:30 A.M. By 1 P.M. PST, I was waiting in the baggage claim at Reno International Airport with a duffel bag and a mountaineering backpack stuffed to the gills. I stood there in the arrivals area, eagerly waiting for my future home to come roaring around the corner. Even before I saw it, I heard the rumble of its modified inline four-cylinder engine. After exchanging the title and shaking hands, I left the old owners hugging and fighting tears in the parking lot.

For the next two years, I wandered North America in my van, racking up over 80,000 miles, chasing waves from British Columbia to Baja, Mexico. I slept in national forests, Bureau of Land Management areas, and friends’ driveways. Sometimes I camped in remote wilderness and other times I’d be hidden in plain sight, parking for the night in towns and cities across the country.

And like many VW Vanagon owners, I experienced my fair share of breakdowns. Although unnerving, the time spent troubleshooting, riding in tow trucks, searching for mechanics brave enough to dive into my van, calling around for parts, and crawling under my van, flashlight in hand, was a necessary rite of passage to truly understand van life.

I became a careful listener, learning to know my van’s sounds – its creaks and pops, its grinds and scrapes. I got to know it intimately, in a way that’s only possible when you live in your car.

It was my movement and my shelter, my freedom, and my opportunity. In the van, I met a whole new group of people who, through one process or another, made a series of compromises to live a similar life on the road. More than the beautiful places I saw or the fun that I had, the friends I met have had and will have, the longest-lasting effect on my life.

Buy this book: Van Life: Your Home on the Roadon Amazon