China: The Earthen Fortresses of the Hakka

We hopped onto the rickety bus parked outside the train station in a small town in Yongding County, Fujian Province, China.   The bus was bound for an even smaller hamlet in the mountainous hinterlands.

My traveling companion, Anna, and I were on a mission to see the famed earthen roundhouses of the Hakka ethnic minority.

It was on this bus that we got our first taste of the Hakka people’s hospitality.

After observing us in his rearview mirror, the bus driver flicked his cigarette out the window, hopped out of the driver’s seat, and rounded on us.   Seemingly furious, he began shouting at us in bursts of heavily accented Mandarin.

When this spirited conversation had finished and the bus driver started calling someone on his phone, I turned to Anna, more than a little concerned.

“So what was his problem?”

Anna laughed.   “No problem.   His sister-in-law runs one of the inns at the village we’re going to.   He’s calling her to tell her we’re coming and to get a room ready for us.”

Interactions in China can often take unexpected turns if you’re a foreigner since social cues can be so drastically different from what one’s used to.

In this case, the bus driver’s aggressively loud tone of voice was a sign of his interest in our welfare, not of anger.

We were also soon to discover that much of the tourist infrastructure in this region of China is made up of family-run enterprises with younger generations presiding over their ancestral homes.

Seeing we were tourists in the off-season, the bus driver had promptly ushered us into his familial social network.

After a few hours on the bus, we arrived at the small town of Liulian outside a ticketed gate leading to the Hongkeng Cluster Scenic Spot.   The driver’s brother was waiting for us in a car.

After greeting us like old friends, with many smiles and handshakes, he drove us through the ticket gate and down the short lane to the entrance of his family’s large square tulou or earthen building.

We later learned that this building, known as Yucheng Lou, was built in 1875, making it one of the younger tulou.   There are hundreds of these tulous scattered across the countryside of several counties in Fujian Province that collectively comprise a UNESCO heritage site.

We had arrived after dark so weren’t able to fully appreciate the outside of the building. But we were struck by the interior courtyard where we caught glimpses of ancestral portraits cozily lit by red lanterns.

We met the proprietress of the inn who sat us down at a table and offered us free cups of locally produced tea. Often in these situations in China, you’ll be asked a typical slew of mildly intrusive questions, such as “Are you married?” or “How much money do you make?”

But to my pleasant surprise, our host didn’t ask us any questions like these, coming across instead as far more wholesome and friendly. This came as a relief.

After years traveling in China, I’ve found that interactions with locals in tourist areas that don’t feel overly transactional or materialistic can be few and far between. The Hakka, however, are fully deserving of their reputation for genuine hospitality.

We were then bustled up to our room on an upper floor.

Our room was as comfortable as your average hotel room but with a truly unique view of the traditionally styled, curving wooden balconies snaking around the upper floors of the courtyard.

The following morning we went downstairs and ate our first traditional Hakka meal, which included lei cha, a renowned hot drink made from green tea leaves, mint, mung beans, peanuts and sesame and served with rice and greens. The perfect morning fuel.

Our host led us a short way down the road to the Zhencheng Lou, allowing us to finally get a good look at these monumental structures from the outside.

The tulou roundhouses of Fujian’s Hakka minority are like modern-day apartment buildings crossed with mini-fortifications.

The larger buildings could house hundreds of families, all of whom cook and eat in common in the center of the roundhouse.

The windows were set high up for added defense from roving bandits.

The architecture for which the Hakka are famous in Fujian reflects their history of migration and insecurity.   They are descended from Han Chinese who migrated to the South from a North China engulfed in civil war and famine.   In South China, they became known as Kejia or “guest people.”

They migrated as large communal groups and were preyed upon by highwaymen and local warlords. The Qing Dynasty even targeted them for extermination in the 19th century.

As a consequence they took to living in the inaccessible mountains and within their impenetrable tulou, leaving the world a unique architectural legacy that remains to this day.

Our host led us into the Zhencheng Lou, one of the most famous tulou in China.   It was built in 1912 by a wealthy family of tobacco merchants and is known today as the “prince of the tulou.”

It was built, like most tulou, to conform to feng shui principles but its special quality is its ancestral hall which resembles a Greek temple, a curiously harmonious blend of Chinese and Western architectural styles.

After strolling through the magnificent Zhencheng Lou, we wandered throughout the rest of the village comprising the Hongkeng Cluster of tulou. We soon discovered that every tulou has fascinating particularities, each one unique in its own way.

The other notable tulou in this village include the Rusheng Lou, the smallest tulou and named after the sheng, a traditional device used to measure rice.

There’s also the Fuyu and Kuiju Lou, built in the mid 19th century and modeled after Tibetan palaces.

Although I had heard that this particular village was “sanitized” for tourism, I didn’t get that sense myself.

In the village you’ll see the elderly laying out vegetables to dry and schoolchildren roaming the dirt streets, maybe kicking a soccer ball or crowded around an iPhone.

There were some vendors selling local handicrafts and snacks, but there weren’t many other tourists around when we went.

Later we returned to the Yucheng Lou and sampled the clear and amber colored varieties of rice wine produced by the family who ran the inn.

Here you can head into a back room and see row upon row of clay pots full of fermenting rice starch, sealed by large rocks.

We then chowed down on a lunch of tofu mixed with pork, greens served in purple taro-based oil and steamed, stuffed taro dumplings before hopping on a bus from the village straight back to our home in Xiamen.

Chinese New Year among the roundhouses

Several months later I traveled solo back to the tulou region, this time to Nanjing County, and visited the Tianluokeng cluster.

While perhaps not as historically notable as the Hongkeng cluster, its setting clinging to the side of a mountain slope is truly spectacular, belying the literal meaning of its name – “Snail Pit.”

The village is also known by a nickname – Si cai yi tang meaning “four dishes with a soup,” since it consists of four round tulou surrounding a central square tulou, resembling a table with platters of food.

There’s an iconic overlook spot, a perfect photo opportunity, and these gorgeous buildings look so perfect here it’s hard not to imagine them being served up to you on a food tray.

I stayed the night in the round tulou situated on the foremost point of the slope, commanding a sweeping view of the valley below, where more tulou await your discovery.   The proprietors of this inn were as kind and generous as those at Yucheng Lou, making me think the good character of the people in this region is genuine.

It was Chinese New Year and that night I got up close views of the village fireworks show and of the stars overhead, usually obscured by the light pollution of China’s cities.  The next morning the floor of the tulou was strewn with the red debris of firecrackers.

Getting to the tulou

There are hundreds of villages with tulou, often called clusters, scattered throughout the interior of Fujian Province, so there are many destination options with as many methods of getting to them.

Navigating China’s transport network can be tricky for non-Mandarin speakers, so many foreign tourists opt for guided tours. These usually cover the Hongkeng cluster, Tianluokeng and other notable clusters such as Yuchang Lou, one of the oldest surviving tulou dating to 1308.

If you decide to travel independently, take the bullet train from Xiamen, Fuzhou or Quanzhou to the interior cities of Longyan or Nanjing, and from there hire a taxi or take a local bus to the tulou cluster that strikes your fancy. Locals will recognize the names of the notable tulou villages in the area and can point you in the right direction. 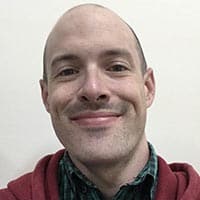 Augustus Woods is a rambling enthusiast, aspiring to write, photograph, and film his way to full-time travel. He’s currently based in Taichung, Taiwan, basking in that city’s street food cornucopia.