Dublin’s Glasnevin Cemetery: More a Park than a Gravesite

Beyond the obvious reason, to mourn the dear departed, why do people visit cemeteries?   My recent visit to Dublin’s Glasnevin Cemetery brought back childhood memories of enjoying time in graveyards.

The eighteenth-century burying ground in my hometown had a peculiar allure for me and the other kids in the neighborhood.

One Halloween night, as gypsies and princesses, we ducked in beyond its stone walls and tall pines, only to hightail it out of there when a couple of boys hiding behind the grave markers suddenly rose up with a shout.

Prowling the Edges of Death

For many adults, cemeteries hold a similar fascination, offering the chance to prowl around the edges of death, then leave it safely behind.

The grounds may encourage meditations on mortality, the paths made for measured steps, the landscaping restrained, and the monuments imposing: small-scale classical temples, ancient crosses.

This is certainly true of Père Lachaise in Paris, the Protestant Cemetery in Rome, and Highgate Cemetery in London, which each attract thousands of visitors a year.

Add to that list, Dublin’s Glasnevin Cemetery. Since its opening in 1832, it has been a popular destination for living, breathing visitors, who come not to bury someone but to contemplate the setting. Easily accessible from other parts of Dublin by bus or commuter train, Glasnevin presents a unique perspective on the story of the city.

To cater to this interest, the cemetery trust built a museum in 2010 (the world’s first cemetery museum) and hosts public and private tours.

As the cemetery’s tagline says, “every plot has a story,” and the Dead Interesting Glasnevin Tour and the General History Tour bring to life, so to speak, some of the legendary, quirky, and trailblazing Dubliners buried there.

Who Is Buried There?

Among them are many who fought to free Ireland from British rule: Eamon De Valera, Roger Casement, Countess Markievicz, Michael Collins, and others. The list of the famous isn’t limited to political leaders and rebels.

The great Irish folk singer Luke Kelly is buried there, as are writers Brendan Behan, Christy Brown (My Left Foot), and Gerard Manley Hopkins. You can see the grave of James Joyce’s muse Maud Gonne and those of his parents.

If a visit here sounds like a walk in the park, it’s worth noting that although they lie invisible beneath the lawns, over the years, a cholera pit, Spanish flu pit, and other mass graves were excavated in Glasnevin for victims of epidemics. All told, it’s the final resting place of 1.5 million or so, including people from Limerick, Donegal, and other parts of Ireland—and an American surgeon.

The Glasnevin Cemetery Museum stands just inside the main gates, a dramatic curved glass building topped by a roof that turns up like an Irish cap at the front. Given the museum’s focus, its interior is surprisingly upbeat, airy and light-filled. The museum features a changing roster of historical exhibitions and permanent interactive displays on topics such as grave-robbing and stone-carving.

In the Milestone Gallery, the technologically innovative Milestone Timeline puts 200 life stories (the ones behind the plots) at your fingertips.

There’s also a café and gift shop. History buffs, admirers of artisanship, and those of Irish descent seeking their roots, among others, will find lots in the museum to hold their attention.

Adjoining the cemetery, the National Botanic Gardens of Ireland are a plant lover’s haven. Perhaps its foremost attraction is the Curvilinear Range, a complex of classic 19th-century greenhouses, with a soaring dome in the center.

Home to the National Herbarium, the National Botanic Gardens are noted for the hundreds of species of plants, both preserved and living, acquired since their founding in 1793; many rare and unusual flora, such as the proto-carnivorous Sheep-Eating Plant (don’t stand too close), and the outdoor displays, including colorful garden beddings favored by the Victorians. It’s open every day but Christmas; admission is free.

The cemetery itself is of the Victorian garden variety, designed to be a park-like destination for the living as well as the dead. (Among its recent visitors: Prince Charles and singer Ariana Grande.) It is also quite vast, so the guided tours are helpful in making the most of one’s time there.

The 90-minute General History Tour costs 13 euros (there are also rates for children, students, seniors, and families) and includes entry to the museum and five euros’ worth of credit toward a genealogy search of the cemetery’s extensive records).

The guides’ intimate knowledge of the place is matched by their narrative powers: their accounts of the storied buried’s tumultuous lives, often led in tumultuous times, are captivating, even impassioned at times. My tour began by the 51-meter-tall O’Connell Tower, which is being restored so that soon people will be able to climb to the top and take in the spectacular views. (Its staircase was bombed in 1971, a casualty of the Troubles.)

The burial vault of Daniel O’Connell, the cemetery’s founder, lies at the foot of the tower. The Liberator, as he is called, fought for Irish freedom from oppressive British rule, and for the rights of Catholics, in particular. Those rights were so circumscribed that Catholics had no cemeteries of their own and weren’t permitted to hold Catholic graveside services; Glasnevin was the first cemetery to allow such burials.

After visiting O’Connell’s tomb, you’ll hear the stirring stories of other Irish patriots, such as Charles Parnell (1846-91), the idealistic, charismatic champion of Irish home rule, whose affair with a married woman, Kitty O’Shea, scuttled his political career.

Even in death, though, he had the power to attract a following; an estimated quarter of a million people attended his funeral, and his death is still commemorated on Ivy Day every October.

As is fitting at a cemetery founded on the principle that everyone should be treated fairly and equitably, less illustrious figures also get their due on the tours.

On the Dead Interesting Tour, you’ll learn about Maria Higgins, for instance, who had the singular distinction of being buried twice, and even about the wildlife (foxes, owls, and other creatures) who make Glasnevin their home.

While the tours are excellent, even if you just stroll down its venerable yew allée and among its towering beeches, evergreens, redwoods, and decorative shrubs, you’ll find Glasnevin a pleasant respite from Dublin’s busy byways, especially toward the end of a bright day, when the orderly rows of stone monuments, including intricately carved Celtic crosses, throw long blue shadows.

After communing with the shades of the Bardo, you might need an antidote, and this being Dublin, a glass of stout is never far away.

Leaving by the original, Prospect Square entrance to the cemetery, you can stop for a pint at the Gravediggers’ Pub (Technically, it’s the “John Kavanagh.” Kavanagh’s have run the place almost since it opened in 1833).

The pub has a great neighborhood feel to it. There’s nothing showy about it, and the patrons aren’t the after-five suits-and-ties set, either. It’s the way drinking establishments used to be: no wide-screen TV, no blaring recorded music.

And be warned, no launching into “Danny Boy” under the influence, either; the proprietors don’t allow singing. (People still bemoan the fact that when Luke Kelly was buried in Glasnevin in 1984, and everyone who was anyone in the music scene in Ireland came to the funeral, there was no keening, stomping, reeling Irish wake at the Gravediggers. Even the owner felt bad about it.)

No Sixties hits, no televised football matches, no 24/7 newsfeeds? That’s just fine. You can stand at the bar with friendly fellow tavern-goers or sit on one of the simple wood benches along the wall, sip your Jameson, have a chat, or eavesdrop on everyone else’s.

On a nice day (sadly, say Dubliners, they don’t come so often), you can even make like a local and take your pint out onto the green beyond the front door.

And, perhaps, lift a glass to the ones beyond the gates who have gone before you, and savor this moment among the living. 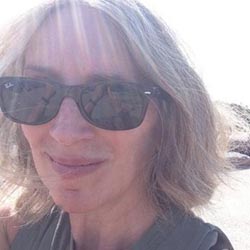