Cruising the Beautiful Sea to Antarctica

Antarctica is a Place for Serious Travelers…to Some, it’s the Ultimate

To most, Antarctica is a mystery. An uninhabited, barren land home to only a few species of animals equipped with skin tough enough to face the elements. However, this continent is filled with mysteriously, untouched ground waiting to be discovered.

There’s something extremely tranquil about being on a cruise, surrounded by water as far as the eye can see, and knowing a whole world exists deep within the ocean. Even the stars at night are brighter, as there’s nothing in the sky to outshine them. The world appears differently on a cruise, adding a whole new dimension to vacationing.

Just thinking about planning an Antarctica cruise is daunting, let alone actually planning one. There are so many factors that go into preparing. One of the biggest is getting to the actual port, which is often a lengthy plane ride in itself to Buenos Aires. Other factors include the proper clothing to pack and how to prepare for unfamiliar conditions at sea.

The most important first step is picking a cruise line that will make you feel safe and comfortable on a vacation that might be taking you out of your comfort zone, to begin with.

“More so than any other cruise destination, choosing the right line, ship and itinerary is the key to an enjoyable Antarctica experience,” says Chuck Cross, owner of Expeditions, Inc., a company that specializes in booking small- to medium-sized ships to Antarctica

While traveling I find it crucial to trust the hotel, and airline, or transportation company I use, something that is even more significant when booking a successful cruise vacation.

Once the ship leaves the port there is no turning back, so it’s important to understand what you’re about to get into and make sure it’s the right decision.

It is also worth it to take the time to consider the size ship on which you choose to travel. Typically the smaller ships dock more frequently, but the larger ships can usually handle high seas better, although all ships are highly equipped to withstand anything that comes their way.

There are certainly reasons why this giant landmass isn’t inhabited by humans, and the main reason being the weather. Located in the Southern Hemisphere, Antarctica’s summers are during our winters. On the Antarctic Peninsula temperatures usually range from 23 to 41 degrees Fahrenheit during the summers and -25 to 5 degrees Fahrenheit during the winter.

This makes the cruise season particularity short, lasting from only December to February. However, it generally stays light until midnight or later during the summer and visitors can look forward to 20 hours of sunlight a day. 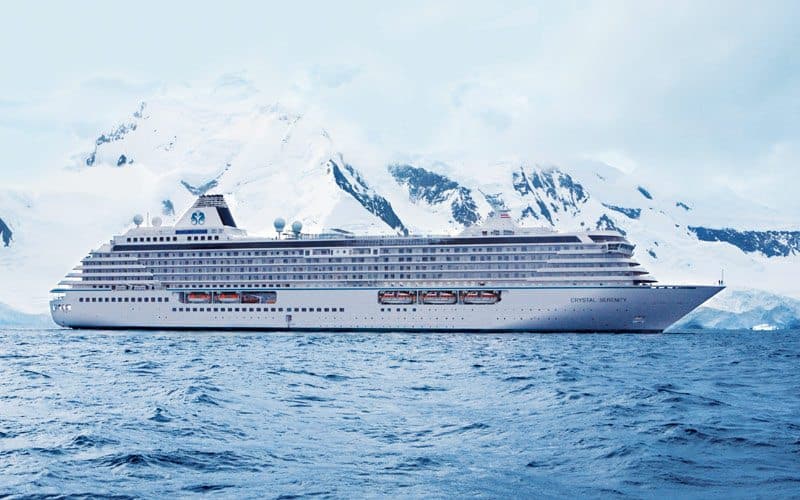 Because of the drastic difference in weather and unpredictable conditions, it’s hard to solidify an exact itinerary for guests. Just like any cruise, if weather conditions aren’t safe the ship will be rerouted accordingly.

Longer cruises travel to more islands around the continent which experts advise is worth the extra few days.

Packing for the Elements

It’s hard to pack for a place unknown to so many, but fortunately, cruise lines have a helpful packing list. Some essentials include clothes that can easily be layered, fully waterproof boots, rain jacket, bag and pants, sturdy gloves, sunglasses, binoculars and of course sunscreen for the strong rays reflecting off the ice burgs.

Most ships also provide a take-home parka to each passenger making it a lot easier to travel leaving your heavy coat at home. You just have to remember that even though you’re on a cruise which is typically associated with warm weather, this is not that type of vacation and the only reason a bathing suit is needed is for the onboard hot tub.

Only 20,000 cruise passengers make it to Antarctica per year, and it’s often a once in a lifetime experience. One reason for this is the price.

Pricing usually ranges from $250-$500 per day per person and this is for an older, less amenity-filled ship. However, an Antarctica cruise has a lot of expenses that a typical cruise line doesn’t have to include such as, charter flights, pre-cruise overnights, and shore excursions.

However, an Antarctica cruise has a lot of expenses that a typical cruise line doesn’t have to include such as, charter flights, pre-cruise overnights, and shore excursions.

Antartica cruising isn’t for the faint of heart, faint of stomach and certainly not the faint of wallet but it can be guaranteed that you are about to embark on a vacation of a lifetime.