Edo Japan: A blend of the very old and very new

Japan is unlike any other country—it’s such a unique destination that chef and CNN host Anthony Bourdain calls it his favorite country. This, coming from a man who has been just about every place, is quite an endorsement.

When I heard Bourdain also declare that Tokyo is his favorite food city, I made sure to give myself a few extra days to walk the city and discover some of its edible treasures.

But Bourdain travels with a fixer—a local who can speak the language and pave a smooth path so he can swoop in and slurp the noodles in front of the camera, sometimes even with President Obama sitting across from him.

Narita Airport: 51 miles from the City

When I landed at Narita Airport, I had no fixer, so it was up to me to find the Limousine/Bus that took me to my hotel in the Asakusa neighborhood, named for the temple that attracts many tourists and locals especially on the weekends.

The trip from Narita airport to my hotel took a full two hours, Tokyo’s main international airport is 50 miles away from the city.

My Tokyo taxi driver did not have even a rudimentary English vocabulary, so I had to rely on the paper I  had spelling out the hotel’s name. I would advise any non-Japanese speakers to keep a card with the name of their hotel written in Japanese handy, or at least your guide’s cellphone number because it is not easy to find someone to translate.

Japan for me was summed up by the photo at left of the carefully raked gravel outside the Takayama Jinja, a former government building that is kept as a museum showing what life was like in the 1800s here, in Gifu, northern Japan.

The gravel is raked with a series of overlapping arches, perfectly formed and not one out of place. When we removed our shoes and entered the tatami-mat building, the walls had the same exact shell design as the gravel outside.

The guide however, pointed out a tiny flaw in the perfect symmetry—one corner was out of line. Not true with the raked gravel, however.

It is this perfect order and precision that made Japan so special to me. Despite a population nearing 20 million in greater Tokyo, I never felt crowded or rushed or jammed up by people on the street.

In Ginza, near the famous Tokyo fish market, when the light turns green and it’s time to cross, the mass of black heads moves as one, no jostling or pushing, and especially, no one begging on the street or trying to sell me stuff. Not once did I encounter a tout or a person with a sign asking for a handout. I like that.

Japan is excited to be hosting the next summer Olympics, to be held in Tokyo in 2020. Despite a few complaints that I heard about it being too focused on the capital city, and not other parts of the country, there is a definite buzz about such a major event, it hasn’t happened since Nagano Japan hosted the winter games in 1998.

One thing that I encountered again and again as we toured many cities across the country was running into situations where no one spoke a word of English. Even in Tokyo, when I asked for rice in a sushi restaurant, I was met with silence.

Then I tried to get help finding my group at an information center near the Gifu Hatori train station. Not one of the six women in the booth could speak any English.  Thank God I had my guide’s business card in my pocket!

We began our Tokyo city tour at the oldest and most famous temples in Japan, the Sensō-ji, located in the Asakusa neighborhood, right next to the Sumida river.

This temple dates back to 645 AD, and the entrance is a favorite spot for selfie photos, the imposing big red pagoda and lantern hanging below it.

Long rows of stalls sell souvenirs and snacks, and it’s packed on weekends. Here we learned the ritual common when visiting all temples in Japan—using a special dipper to wash your hands outside of the entrance, and just before entering, everyone takes off their shoes.

This beautiful and serene temple was destroyed by Allied bombs during World War II, like most of Tokyo, and when it was rebuilt in the original style, it was heralded as a symbol of the nation’s rebirth.

The Edo Tokyo Museum is a huge modern building packed with historical artifacts. Up on a walkway, I looked down on a replica of a Shogun-era palace. The museum is all about the olden days when the city was called Edo.

The main features of the permanent exhibitions are the life-size replica of the Nihonbashi, which was the bridge leading into Edo; the Nakamuraza theatre; and scale models of towns and buildings from the Edo, Meiji and Shōwa periods.

But the exhibits that I found the most interesting were about modern Tokyo, including a series of displays showing the school lunches served during every decade in local schools. There is also an exhibit showing the devastating bombing during World War II that the city endured.

A timeline showed trends that took place in the city, like in the 1980s when it was popular to dress up like a greaser and dance in Yoyogi Park to American rockabilly music. I remember seeing these happy guys and gals shimmying together there the last time I visited Japan, in 1981.

Our guide during our visit, Ike Sakurai, had a few interesting diversions to show us in Tokyo.  We walked a few blocks from the Senso-Ji to a part of Tokyo called Kappabashi-dori, or Kitchen Town, to a storefront where inside, those replicas of restaurant foods are created and sold.

Outside of most restaurants in Japan is a window with plastic or rubber models of the dishes you can buy inside.

Here, at Ganso Sample, is where they are made.  You never know when you might want a perfectly real looking model of a steaming bowl of miso soup and some noodles!

Then we crossed the street and found another gem, a restaurant supply store called Kama Asa Shoten.  This 100-year-old store has provided chefs all over Japan,

I could not resist taking home a beautifully-made small cast iron casserole, which I’ve never seen anywhere else before.

Tokyo has so many interesting neighborhoods, some of which feel like they are in a small town, not a megalopolis, and one of them is Yanaka.

We strolled a crowded narrow street that still has the shitamachi atmosphere, reminiscent of an earlier time, with small stalls selling meats, candy, cheap snacks and vegetables, all crowded together.

The Yanaka cemetery is eerily quiet, with cherry trees lining the street and in the shadow of the city’s great big skyscrapers, that seem a world away.

Like Bourdain, I’m pretty much already sold on any city with this amount of fresh fish and miso soup anywhere you look.  My food admiration began with the breakfast buffet at our hotel, the Keihan Asakusa.

In the USA, our breakfasts are far too heavy on the bread, sweets and meats. Here, using a tray with eight compartments, I filled up on miso soup, spicy rice, fresh salmon, various seaweeds, pickled vegetables, tofu, and potstickers.

We also learned about a tradition for former Sumo wrestling champions: They often open restaurants, called Chanko, which feature some of the foods the big men used to use in training.  At Chanko Tomoekata, we enjoyed their Japanese hot pot, cooked in front of us, featuring fish balls and vegetables in broth.

In the neighborhood, other former sumo champs were recognized with bronze statues and posters showing them in their glory days.

Like many of the restaurants I dined in over the course of my trip, the meal was cooked in front of us, in giant steaming vats.

My lunch in the Ginza, too, was at a place where each table had its own tiny grill and we all set the food, meats and fish right on the grill and cooked it ourselves.

Tempura is a big part of Japanese cuisine, and we dined at a restaurant specializing in this type of cuisine.

At Aoi Marushin, in Asakusa, we sat at a low table, though not as low as in a traditional Japanese restaurant, (right on the floor), and enjoyed the fried fish and veggies prepared tempura style.

Any trip to a city as dazzling as Tokyo will leave you feeling like you just scratched the surface, and that was how I felt after a few days in Japan’s bustling capital city.

There’s only one remedy–I’ve gotta go back! 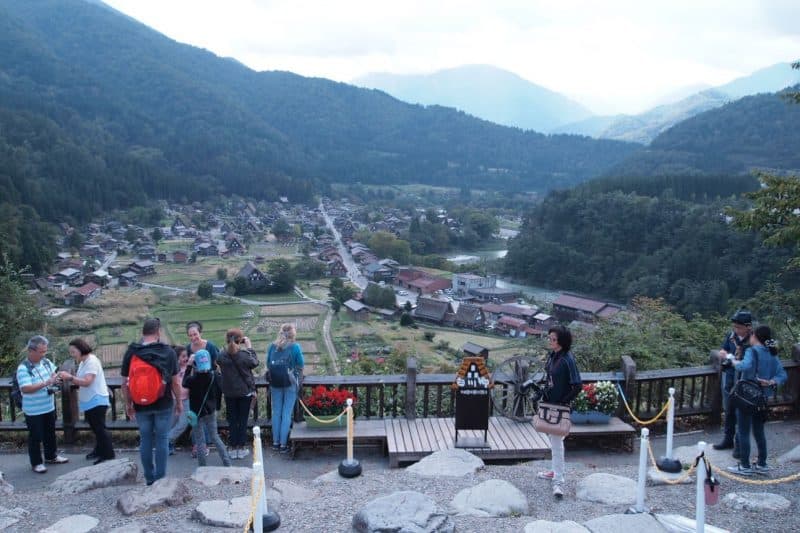 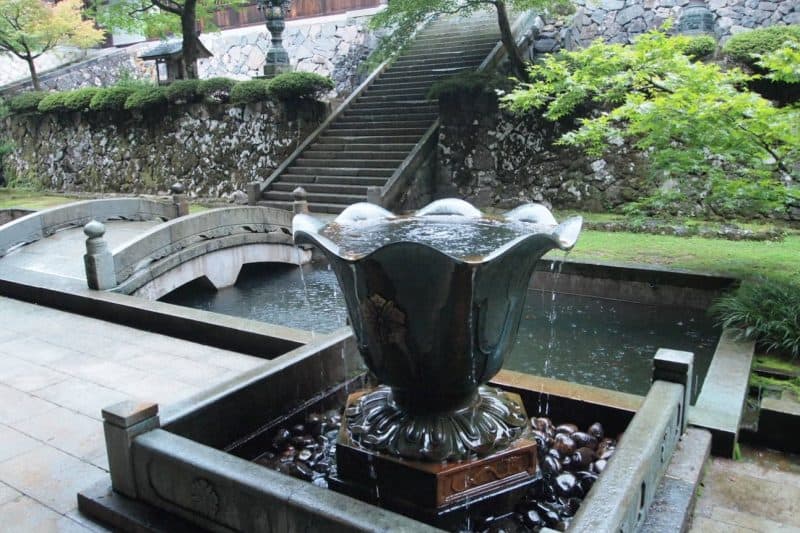 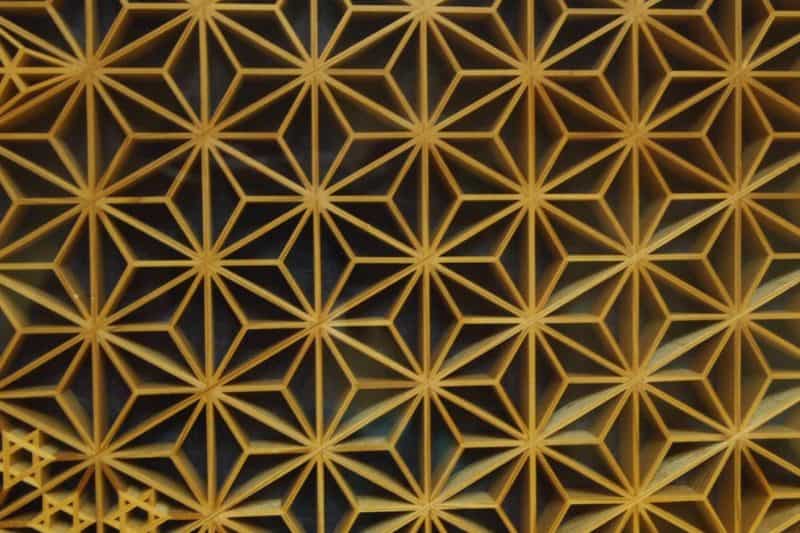 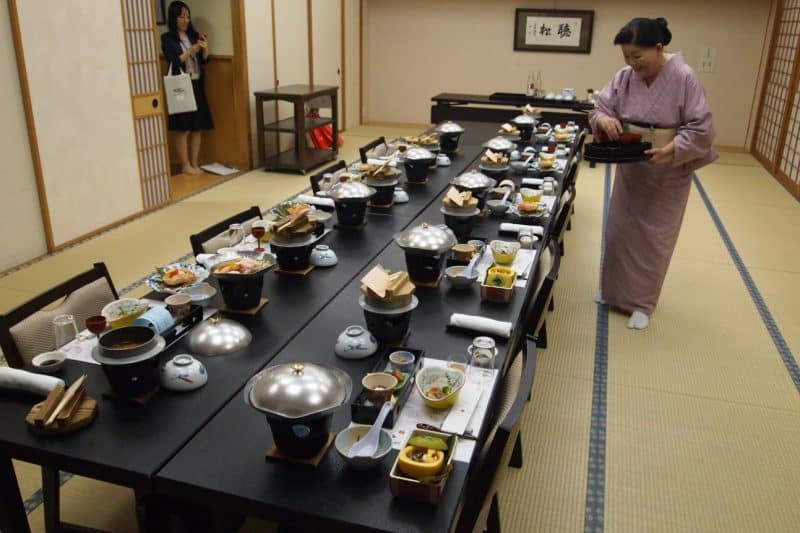 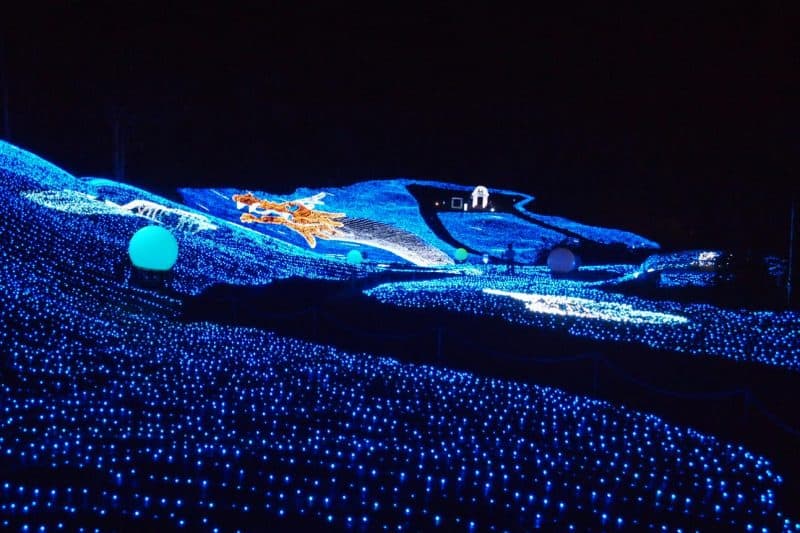 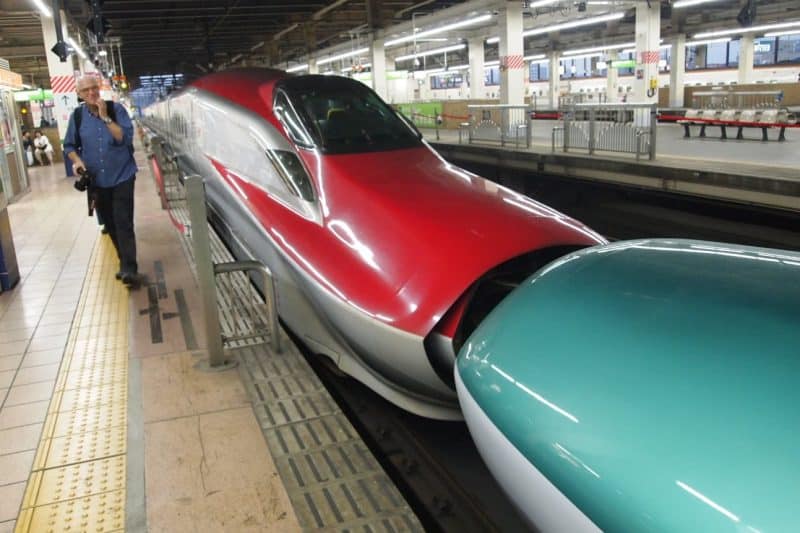 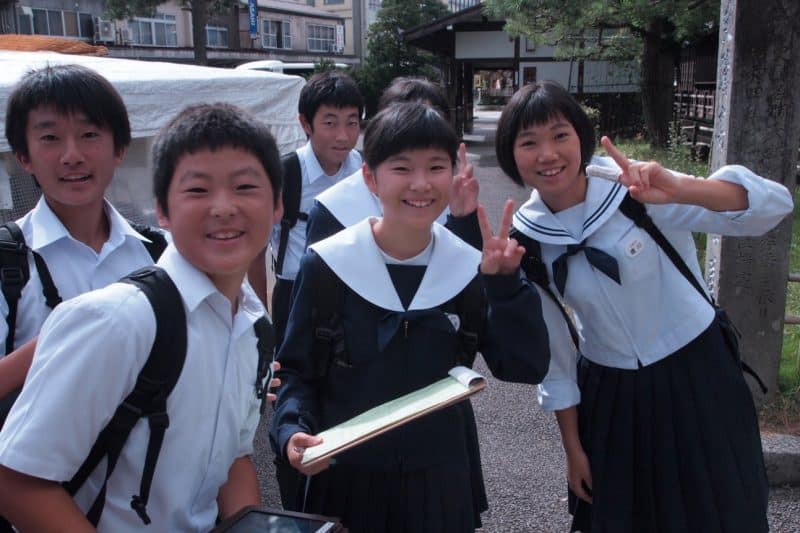 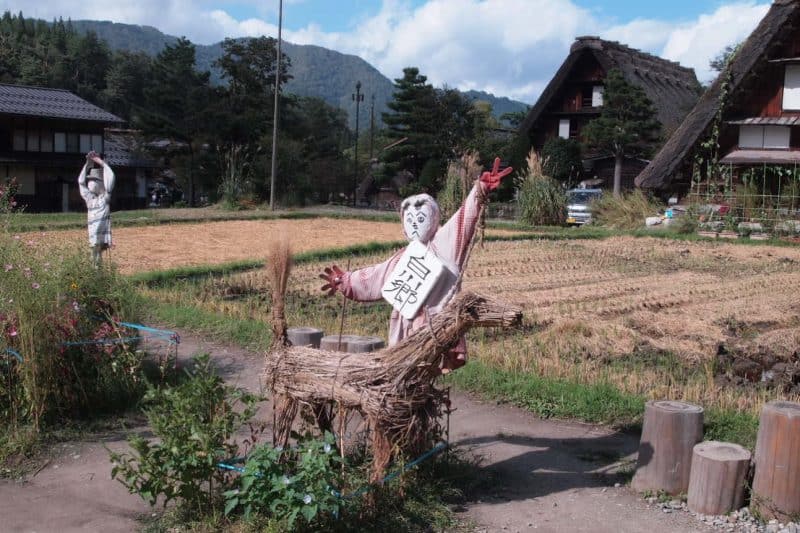 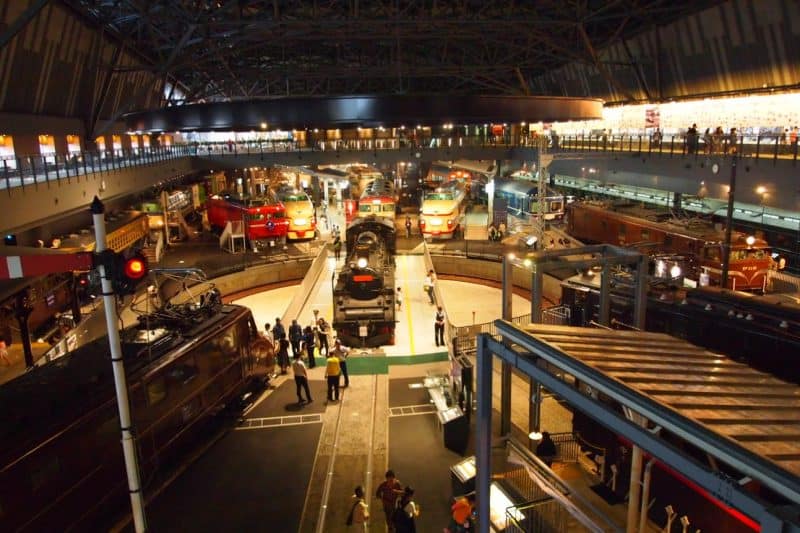 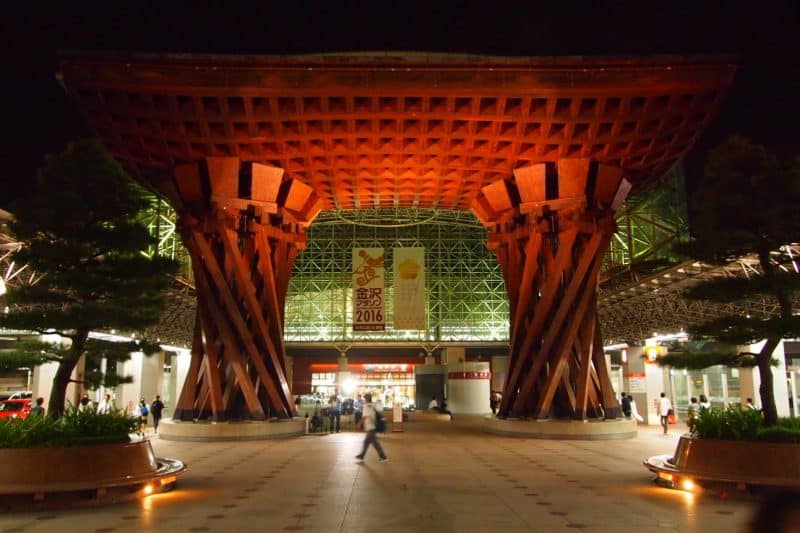 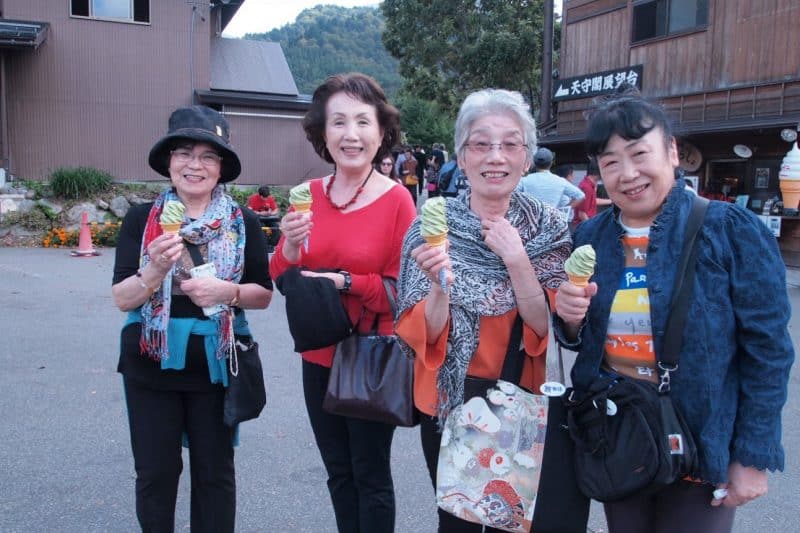 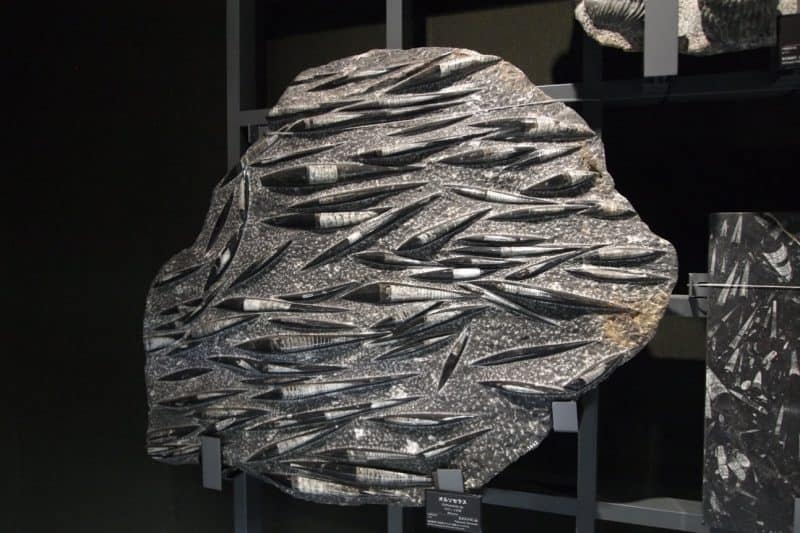 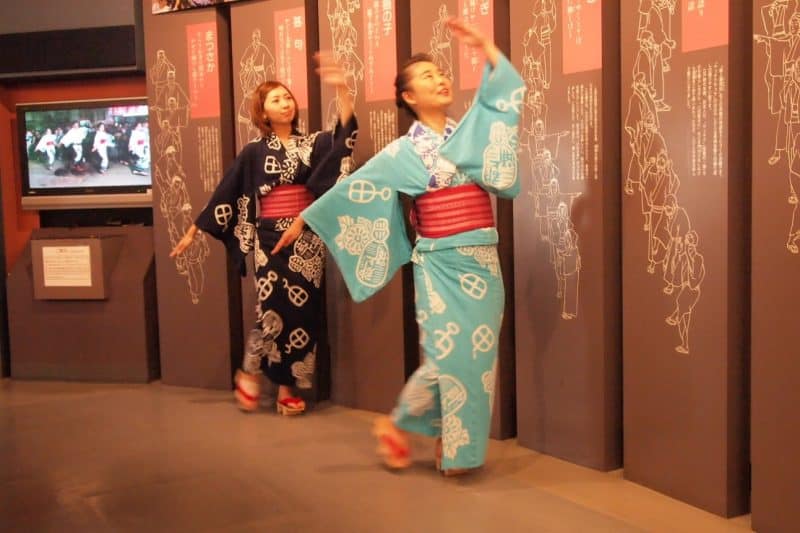 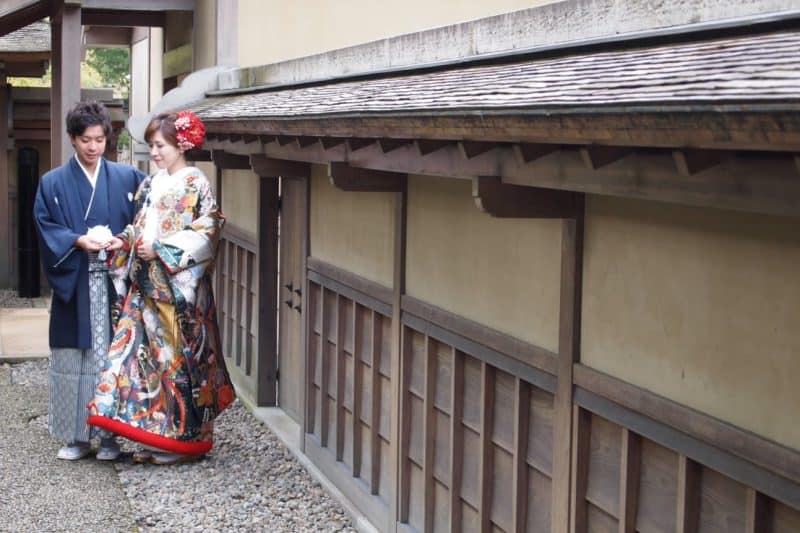 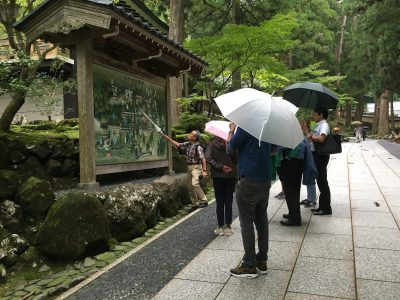 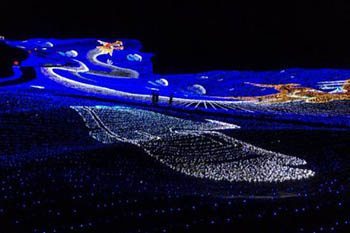 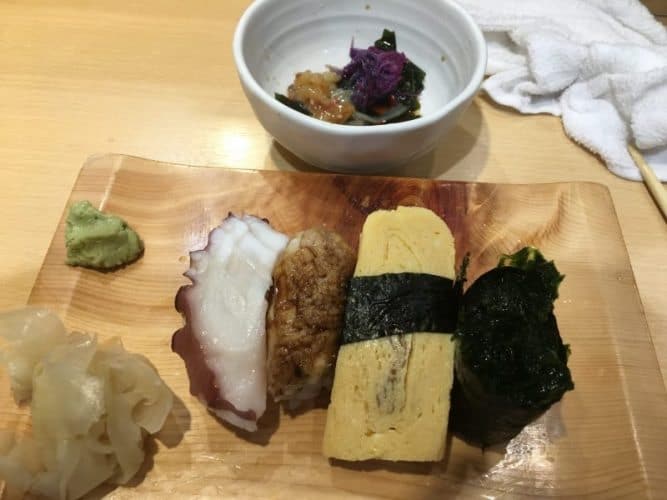 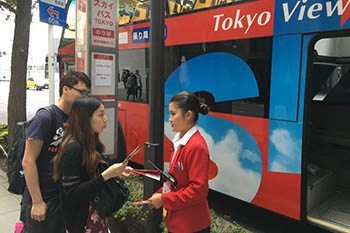 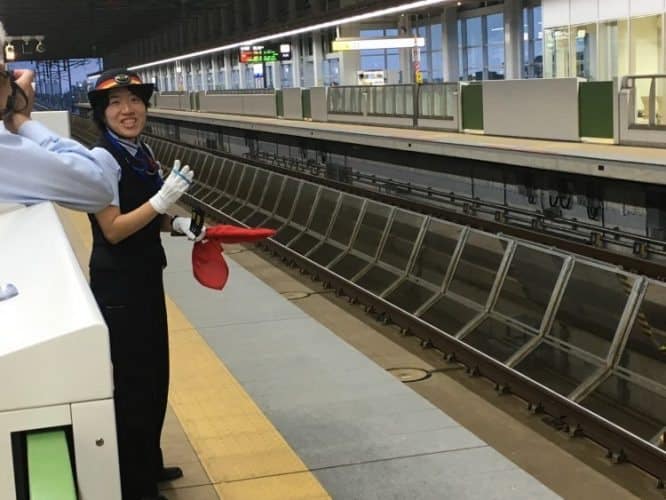 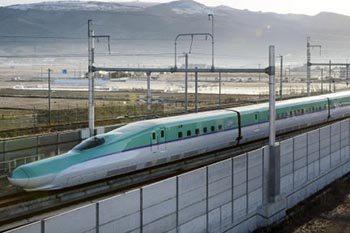