Kyoto, Japan: A Mixture of Ancient and Modern 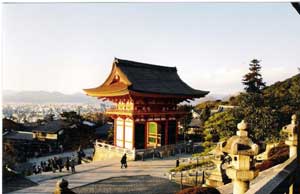 Kyoto, Japan: A Mixture of Ancient and Modern

Tom Cruise may have been the Last Samurai but I will certainly not be the last gaijin (outsider) to wander Kyoto’s temples. This is precisely the reason Kyoto was spared the big one at the close of WWII. As I roved Kyoto ‘s streets I was profoundly grateful for that decision. Kyoto was once Japan ‘s imperial city and now is its spiritual center.

The mixture of modern and ancient is magical. Walk any street and you will encounter kimono-clad women, Buddhist monks, and teens in the latest fashion.

If you’re lucky you may catch a glimpse of butterfly-like Geisha passing down a side street in the Gion District. All that Japan offers in one manageable city. Hop a train directly from Osaka ‘s colossal modern airport and 75 minutes later you’re there.

With 1600 temples and 300 shrines, even a hardcore atheist can still have an uplifting time in Kyoto. Since 1994 13 Buddhist temples, 3 Shinto shrines and one castle have been named UNESCO sites. History blends with theories of lifestyle and balance. Samurai warrior has its place as well as Shinto custom. Kyoto was settled because of its perfect location, surrounded on three sides by mountains. Sheer aesthetics of its layout makes it exquisite. It’s a quick trip from pastoral to urban; pick your mood, it’s a matter of meters.

To a Westerner, religion in Japan is a complex issue; most Japanese simultaneously combine Shinto and Buddhism. As best explained to me, the specific rituals are used depending on the situation. Shinto tends to be followed more on joyful occasions (such as weddings) and Buddhism for more somber events.

In any case a little pre-trip research will go a long way on your arrival. (Sidebar) Tip number one in Japan is to wear shoes that are easy to take off and put on. Outside shoes are kept outside in all but the most Western places. Enlightenment is not expensive in Japan as most temples and shrines cost little or anything to enter. Some of my top picks are as below.

Chionin Temple – Place of Nembutsu chanting and a peaceful spatial paradise. Large temples with ample gardens. It is the home base of the Jodo-shu (pure land sect), one of Japan ‘s major Buddhist sects. It is a treasure zone of statues, paintings and typical Buddhist architecture. It is also where I first encountered nightingale floors. When walked upon, the sound is of nightingale birds to warn of intruders. These floors are also found elsewhere in Kyoto ‘s shrines and temples.

Kiyomizu – Dera Temple- The temple location on Mt. Otowa offers sublime views of the whole city. Pair that with pagoda and temple buildings, and the experience will have you chanting odes to the spirits. Try to head there at the close of a sunny day. The sun sinking in the west insures a colorful display. Not just over the mountains but throughout the buildings themselves. Golden statues flecked with sunrays are shear nirvana. Follow the stone steps down to the waterfalls called Otowa No Taki that have run for thousands of years. Take a long handled ladle and sip to long life. The name of the temple “Kiyomizu” literally means pure water.

Nijo Castle (Nijo-Jo) – This castle was built to be the residence of the first Tokugawa Shogun. It was the center of Shogun power. The buildings represent the height of Momoyama architecture. Secret doors and nightingale floors attest to the protection of the Shogon. Women were only allowed into the Shiro-Shion (Shogon’s living quarters). The Ninomaru Garden is completed by three islands on the pond.

Gion District – Gion is just across the river from the main downtown area yet centuries apart. There are numerous temples amongst the stone paved roads. Great for shops, restaurants and small inns. The Yasaka Shrine is located there.

That leaves only 1597 other temples, gardens and shrines to visit in this amazing city. For help on deciding click on kyotoguide.com

Kyoto is one big celebration 24/7. I happened to be in Kyoto for Setsubun, a festival to celebrate the last day of winter. Masked figures resembling devils are chased away by the throwing of roasted soya beans (mamemaki) combined with the shouting of, “Oni-wa–uchi!” ( out with devils, in with luck) A great way to begin spring—cleansed and devil free. Kyoto offers art, spaces and food. Prepare to indulge! Find out what and where festivals are going on at this website.

Cuisine is king in Kyoto and a walk through The Nishiki Market will make you aware of just how varied Japanese and Kyoto cooking styles are. While most Americans are familiar with sushi and tempura, Kyoto choices will astound. Just as special as taste is the artistic way in which food is presented. Here are several items that you will want to get to know:

Kyo-ryori – This is a style that evolved out of Kyoto ‘s landlocked location and the ancient style of the imperial court. Vegetables are the mainstay yet seasonal is key, as is presentation and atmosphere.

Shojin – ryori – This style is strictly vegetarian and follows a Buddhist evolution. It is typically found around temples. Tofu features prominently and hearty it’s not.

Tofu-ryori- Tofu is king here, served in ways you cannot find elsewhere. Steaming pots of simmering yudofu are placed on the table. The byproduct of yuba (chewy thin film that settles on the surface) is considered a delicacy. Portions of sushi and meat usually are included. These restaurants are found mainly in the Arasiyama area. 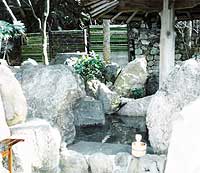 Okonmiyaki – The name means cook what you like. An iron hotplate or teppan is set at the table. Beef, chicken and fish are presented on a platter, and you season and cook. Stir fried vegetables and soba noodles are also served.

One of the best meals I’ve ever had in my life was in Kyoto at Misogi-gawa and it was a mixture of French and Kaiseki styles. The combination was exquisite and made by owner/chef T.Inoue. The restaurant is located in the Pontocho area and in what was once owned by a geisha. It seemed only fitting that I encountered two geishas passing by on my way out, a perfect ending to a perfect meal!

To Sleep is to Live

Sleep is a traveler’s best defense, not Zen, just my feeling. Kyoto offers two types of lodging that are traditional. Both are steeped in simplicity. While there are multiple western style hotels, the Ryokan and Minshuku show the great Japanese lifestyles. The Ryokan is a traditional Japanese Inn and Minshuku a family run establishment. A good Ryokan usually offers simplicity with magnificence, tatami floors, futon bed (and in my case) a cedar tub. Which was filled, hot and ready upon my arrival. But bathing is another topic, see below.

The Tawaraya, with its eleven rooms represented to me the very best of hospitality anywhere. Service was discreet and preemptive. Drop your shoes and slip on slippers and put on your yukata (robe). I was amazed at the guest list from the past; Sartre, Brando, Cronkite, Hitchcock and Suk are just a sampling. In many, communal bathing is in order and a meal is served in your room at the low table in the center. After, when you are contemplating out in the gardens, your maid will lay out a very comfortable futon. It’s no wonder Brando reserved for a week and stayed for a month!

Soaking in the Boy’s Room

Bathing in Japan is an art, not to be confused with just cleaning. That is done before you soak. It is absolutely abhorred if you do not cleanse with the soap and buckets provided first. This also is a ritual; sit on the stool provided, soap and scrub then refill cedar bucket and rinse. Repeat, often! This is the case for both sento and onsen. Sento are public bathing houses that use plain water in large tubs and onsen are natural hot springs. Most are segregated into male and female. While both are a great experience the onsen scene is amazing.

Japan is blessed with thousands of hot springs. In Anne Hotta’s book, A Guide to Japanese Hot Springs, she calculates that if you went to one spring a week, it would take you 40 years to visit them all. That thought felt right as I sat in one of the hidden gardens at the Tawaraya that
night. Above, the clouds passing by the moon seemed to form the Japanese calligraphy for “return”. I can only hope!

www.gonomad.com
This article was last updated Nov 16, 2018 @ 6:05 pm
If we've inspired you to travel with this story, why not check out the prices to get there and make it happen. Search airfares, hotels, and rental cars here. Thanks!