Venice is a magical city, quite unlike any other. The mere mention of its name conjures up a multitude of exotic images including gondoliers serenading romantic couples in their gondolas gently gliding on Venice’s lagoons; a city of never-ending canals and bridges; a city of magnificent palaces and churches, all mysteriously floating on the water.

Or a once-mighty Mediterranean naval and mercantile superpower. And don’t forget all of those images from Hollywood blockbusters shot on location in Venice including Roger Moore’s thrilling speedboat escapades in Moonraker, Harrison Ford’s adventures in Indiana Jones and the Last Crusade and Daniel Craig’s building-crumbling adventures in Casino Royale, to name just a few.

And kitschy images from the wedding of Hollywood heart-throb George Clooney to Amal Alamuddin in Venice last year. In a nutshell, an intoxicating cocktail of history, beauty, and romance.

Venice, located in northeastern Italy, is an archipelago of 118 islands formed by 177 canals in a shallow marshy lagoon and woven together with a staggering 400-odd bridge.

It is an engineering marvel because the impressive structures in Venice sit upon millions of wooden pilings, each about sixty feet long, that have been driven deep into the ground. Venice consistently ranks as a top tourist destination attracting 80,000 visitors every day.

And Venice and its lagoon have made it to UNESCO’s prestigious list of World Heritage properties. As UNESCO puts it “The whole city is an extraordinary architectural masterpiece in which even the smallest building contains works by some of the world’s greatest artists”.

According to Lonely Planet, Venice has the world’s most artistic masterpieces per square mile. Compelling reasons enough for my wife, Nirmala, and I to visit the city earlier this year.

To be close to the action, we had booked a room at Hotel Orion, steps away from Venice’s most famous square, Piazza San Marco (St. Mark’s Square) – the most expensive real estate in Venice, thanks to ritzy cafes and retail outlets with their stunning window displays. We had flown into Venice’s modest Marco Polo airport at night and took the Alilaguna vaporetto, the 50-seater water taxi, to get to our hotel.

The boarding dock is a convenient seven-minute walk from the airport and the fare was fifteen euros per person. Despite the modest speed of the boat, it was a disconcerting 90-minute ride in seeming pitch darkness.

Subsequent rides during daytime revealed that the route was posted with strategically placed wooden poles (markers) to enable ship captains to navigate their vessels safely.

We also discovered that we could have reduced our ride time from the airport by 30 minutes had we taken the water taxi to Rialto (using the inner canal) instead of to Piazza San Marco (using the outer canal). Not surprisingly, even at 10 pm on Friday, Piazza San Marco was beautifully lit up (thanks to Christmas and the New Year) and was milling with tourists.

I had mastered half-a-dozen Italian phrases to get by, including buon giorno (good morning), beuna serra (good evening), grazie (thank you) and grazie mille (thank you very much). But the words and phrases that I used most during our four day trip – doveh eh? (where is?), scuso (excuse me), costoso (costly) and sconto (discount?)

I picked up from the friendly Italian seated next to me on my flight from Istanbul to Venice. Directions are posted on many buildings and streets in Venice with the word per (for, similar to pour in French) followed by the location or landmark name and this came in very handy.

The next morning, sunny and with a perky nip in the air, we strolled through iconic Piazza San Marco, marveling at its grandeur steeped in history (Napolean called it the “finest drawing room in Europe”), admiring the Doge’s (the elected head of state during medieval and renaissance times) palace, Basilica San Marco and Campanile, the brick bell tower.

We strolled the entire day first walking along the water by Guidecca canal and then pleasantly losing our way, inland, as we made our way over numerous bridges and canals and through various residential neighborhoods, heading towards another of Venice’s historical landmarks, the Rialto bridge across the Grand Canal (3,800 metres long).

Completed in 1591, the bridge provides access to Rialto, for centuries the commercial and financial hub of Venice. The historical significance of Rialto can perhaps be gauged from Shylock asking “What’s news on the Rialto?” in Shakespeare’s ‘The Merchant of Venice’.

Our indulgence in Venetian cuisine was informed by our limited time, extensive exploration of the city by foot, awareness that food would be several times pricier in the touristy neighborhoods and that you pay extra for sit-down meals.

We sampled a variety of interesting pizzas (three euros a slice) at Antico Forno in the Realto Market, and paninis and pastries elsewhere.

In one of the small squares in Rialto on Saturday afternoon, we came across an open-air vendor selling platefuls of flash-fried assorted seafood brought in fresh from his restaurant across the square.

It cost just 10 euros including half-a-glass of wine and the never-ending line up of tourists was testimony to quality, convenience and value.

The only irritant is that the place was a magnet for well-fed pigeons that brazenly dive-bombed to retrieve crumbs and food particles. They also freely scurried underneath our chairs and we were fearful of inadvertently stepping on them.

Taking the Train to Florence

The next day we took the train from Venice to Florence, a two-hour ride (69 euros per person, second class roundtrip) for a crash course in the Renaissance. Florence, the birthplace of the Renaissance, is the home of such great artists as Michelangelo and Leonardo da Vinci and writers/philosophers like Dante and Machiavelli. Wow!

Given that we had just 10 hours in Florence, the moment we stepped off the train, we headed to the Accademia Gallery (a brisk 15-minute walk from Santa Maria Novella station) to see Michelangelo’s sculptures, especially his statue of David. As expected, there was a long line up and it took us almost a hour to gain entrance but it was well worth it. The Uffizi Gallery would have to wait.

Sculpted by the 26-year old Michelangelo between 1501 and 1504, the 14 foot marble statue depicts the Biblical hero, David, just before his epic battle with Goliath.

You can admire at close range David, standing in the nude, relaxed, a portrait of concentration and self-confidence. Words cannot adequately describe the beauty and perfection of, arguably, the most famous statue in the world.

We then took in the other priceless masterpieces contained in the Accademia. We spent that afternoon admiring the Duomo (domed cathedral) and walking around Piazza del Duomo and Piazza della Signoria, Florence’s most famous Square. Via Della Calzaiuoli, the artery that connects the two Piazzas (Squares) was chockful of tourists thronging its upmarket stores.

We also took in an exhibition of 90 masterpieces of modern art, including many by Pablo Picasso, at the Palazzo Strozzi (10 euro entrance fee). Florence has so much art and architecture to offer that literally every street and square is bursting with them. Some of Italy’s designer outlet shopping is located around Florence but time did not permit us this indulgence.

We spent our last day in Venice revisiting some of the memorable sights and strolled from the Rialto right up to the Ferrovia water bus stop, conveniently located outside Venice’s railway station. We passed through several neighborhoods and street markets getting a good feel for the place. During our three day stay in Venice, we came across many groups of Chinese tourists eager to spend their new found prosperity.

We also came across Bangladeshis working mainly in restaurants and Sri Lankans (Sinhalese) and Africans peddling goods on the sidewalks. As we explored Venice and Florence, we made sure to leave behind our documents and valuables in the safe in our hotel room. Italy has many illegal immigrants and passports and other identification documents are highly sought after.

Venice is a walker’s paradise because there are no automobiles in the city. We saw many dogs and many, many pigeons but not a single cat or crow.

Wonder why? Untreated Venetian sewage, even today, is disposed into its canals and the high tides are supposed to take most of it out into the Adriatic sea, twice a day. So, be prepared to withstand the stench of sewage, every now and then, depending on the winds.

Venetians, nay Italians, are conscious of how they present themselves and we noticed that young and old, poor and rich alike, made every effort to be smartly attired. No wonder, Italy is renowned for its leather and fashion industry.

No account of Venice can be complete without mention of its famous son, Marco Polo (1254 to 1324), the resourceful merchant traveler who traveled through Central Asia to China and Mongolia and even met with Kublai Khan, Mongolian general and grandson of Genghis Khan, to obtain trading rights for Venetians on the Silk Road.

Could there be something in the Venetian air that makes the insurmountable appear accomplishable for them? I wonder. 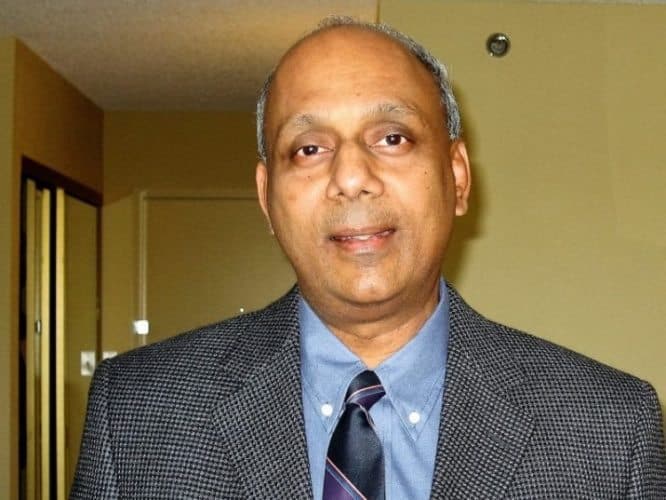 N.R Venkatesh was a top film journalist in Bollywood, India and has been an extensively published  travel and creative writer in the Middle East. He is a Certified Public Accountant from the US and presently lives in Toronto with his wife Nirmala