Swim with Sharks in Beautiful Thailand

There are many things that kill more people each year than sharks – dogs, cows, and lightning.

Trying to follow that logic was important as a blacktip reef shark, longer than I am tall, swam towards me in the open water just off the beach at Thailand’s Phi Phi Island.

Phi Phi is known as one of the most beautiful beaches in Asia and recently, I took a shark watch expedition with the diving company The Adventure Club, dipping into the clear water just after 7 am on a sunny morning.

The first shark which appeared looked as though it meant business, coming straight at me and other two snorkelers, but then like the other fish, serenely twisted to the seafloor and joined a few of its friends cruising around the coral.

The old adage “they are more afraid of you than you are of them” definitely applied as they kept their distance and we worked to stay as still as possible on the surface to not disturb them.

As instructed by our guide Reka – a Hungarian ex-pat with a bushel of blonde waves for hair – the trick to having a great shark watch expedition was to remain calm and let the animals come to us.

So, we floated among the schools of cartoonish tropical fish in the early morning light and waited for them to appear.

Which they did, a few at first then it seemed every few seconds a fellow swimmer was poking me and pointing at some other graceful shark sliding around us.

After hovering a few minutes, any fear was replaced by a great sense of calm as the animals gentle back and forth- around and round, showed they are clearly not the ferocious beasts which we see on TV but serene fish making up a part of the coral shelf’s eco-system.

“Don’t chase the animals,” Reka had instructed us before we left.

“Just stay there and they will swim around you.”

We are often bombarded by images of feeding frenzies and violent attacks by sharks and headlines which state 2015 was the worst year on record for shark attacks – but being amongst the animals in their home was a very different matter.

Sharks would have a lot more to fear from us, however – latest research suggests as many as 100 million sharks are killed annually and 82 species are on the endangered list. This is partially through by-catch from fishing boats but also through demand for shark-fin soup which is a delicacy in many Asian countries.

“That’s why we do the Shark Watch trip, to show people how beautiful they are and why we need to look after them,” Reka said.

“Many species need to keep swimming to survive, so when they cut the fin off and throw it back while it is still alive, it’s just like they are drowning – they don’t even use the whole animal.”

Sharks are slow to mature and only produce a relatively small amount of young making them vulnerable to over-fishing and according to conservationists — populations are in rapid decline. Last month international conservation groups mobilized to halt this decline, launching a ten-year strategy.

Global Priorities for Conserving Sharks and Rays says science-based limits on shark and ray fishing and trade are urgently needed to end overfishing and ensure sustainability.

“Overfishing due to under-management is the single most important threat,” Wildlife Conservation Society, Sharks, and Rays Coordinator Amie Bräutigamsaid in a statement.

Demand for shark fin in Asia has long been considered the major driver for the overfishing, but the strategy highlights recent findings which show market demand for shark and ray meat is also significant, and on the rise.

“The volumes of shark and ray meat traded internationally have doubled since the 1990s and are now considered as important as shark fin in driving overfishing of these animals,” Shark and Ray Initiative Leader of WWF International Andy Cornish said.

“Driving major reductions in the global demand for shark and ray fins and meat, the vast majority of which are currently from unsustainable and untraceable sources is an integral part of the strategy.”

The strategy was put together with research from six different international groups, including WWF and WCS and aims to have countries across the globe to take urgently needed actions to prevent over-fishing. While the area around Phi Phi is classed as a marine reserve, little is done to control the number of boats which use the area or where they can go.

The species we observed need constant movement to stay alive making their perpetual, seemingly lazy movement was a delight to watch. There was no chumming the water or cages needed, the sharks just got on with the show as we floated above.

As we made our way back to the boat at about 9 am, having watched the sharks for about an hour and a half we spotted a large school of small juveniles scanning a rocky reef a few meters from us.

“There were heaps of them, I would have loved to have gotten closer but I would have scared them off,” Reka told us upon returning to one of Thailand’s famous long-tail outboard boats which took us out on the water.

As we meandered back past Phi Phi’s green hills and white beaches dotted with resorts and holiday-makers just a few hundred meters from where we were able to observe the sharks in their own habitat – more long-tails plied the shore ready for the day’s sight-seeing tours.

“You can see why we had to come so early,” Reka said. “Once the boats start coming in they make so much noise the sharks move away.

“We used to see a lot of lemon sharks too when I first started here two years ago, but I haven’t seen one on this trip for a while.”

Diving at Phi Phi Island with The Adventure Club: 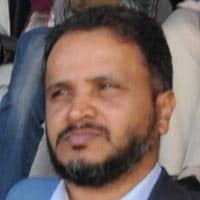 Andrew Neal is a former newspaper reporter from New Zealand who has been traveling and teaching in Korea and China for three years, moving in to travel writing and photography.