Cambodia: Just Over That Bridge

A Bridge and the Rest of Cambodia

Even in the daylight, there was nothing spectacular about that bridge.

Metal serpents curved and caressed each other to form regular neat triangles on opposing ends. At its foot stood six cylindrical cans filled to the brim with cement and gravel. Apparently, travelers were not wanted here.

It is unlikely that one would think of a large metal bridge when they think about a holiday in Cambodia. Perhaps Angkor Wat and the many hundreds of historical temples would come to mind but a nondescript bridge probably wouldn’t.

Even so, it remained unusually tempting to cross the structure that sunk its roots deep into the Kampot river.

An entire community stood curiously still on the other side. It was a great distance away from the main town but oddly enough, it was much more compelling. Giant mounds of land like dough kneaded and perfected by the hands of God himself framed the entire mysterious village. It wasn’t long before groups of locals passed, hoisting themselves over the barricades without a single break in their steps.

Attempting to make the climb was easier said than done. It would be a lie to say the sun in Kampot was the same one the rest of the world shared. Theirs was unrelenting, restless and frighteningly angry. And yet, more and more locals walked past, unbothered by the morning heat, intent on getting to the other side. Intent like refugees journeying to cross a border.

The end of the bridge saw an identical set of barricades and soon isolated grounds stretched ahead of me. Turning my back to overly commercialized tour packages, I headed for the edge of the tourism trail, setting my sights to the rest of the country.

Leaving the tourist track behind

Down a stretch, houses demanding attention from either side maximized every inch of the earth. Traditional Khmer homes confidently stood atop of supporting wooden beams that didn’t look reassuringly strong.

But like the arms of parents encouraging their child to stand for the very first time, the beams successfully coaxed the home into stability. And so they existed and sustained themselves against dusty roads.

The construction was supposedly meant to keep the homes undamaged during floods while the ground floor beneath the stilts, was to provide shelter for livestock and a space for household work.

And that’s exactly what could be seen. Little children sat amidst plastic crockery and a basin of water, busy scrubbing off the dirt and stain of A woman selling fish and poultry at the village market.meals.

About a meter away, old ladies lounged about on hammocks, with the occasional leg peeking out, suspended in midair. Further, still, mothers unashamed, bathed children in round metal tubs.

The children, however, did not feel all that candid. One little boy desperately rebelled against his mother’s grip, refusing to look at passersby, and granting only the view of his plump bottom.

All three generations under one roof, and across multiple homes throughout a single village. Somehow I doubted that a stay in a fancy restaurant or a walk through Pub Street could grant me this view.

The real soul of Cambodia finds me

To the minds of many, Cambodia conjures up thoughts of a third world nation still ravaged by the Khmer Rouge, poverty, and corruption. Some see her as a dangerous place, ridden with sex traffickers.

But here in this village, all these threats and instability that were often talked about were all but absent. And that became increasingly apparent as time went by.

Understanding the people beyond the bridge

It was clear that the people here beyond the bridge were as alluring as the place itself. Here on the opposite side, you could experience an honest depiction of a Cambodian morning.

There wasn’t a spa or a five-star restaurant anywhere in sight. In a village untouched by tourism, you could see children half wobble half run by with brooms between their legs, shrill laughs emphasizing how imagination was all they needed for a fun morning. In another home, a man stood outside welding what appeared to be the body of a tuk-tuk from scratch.

Sparks, that were of varying shades of crimson and orange danced accompanied by the loud electric beat of the machine. Tuk tuks were heavily used in Cambodia and here stood a man literally making a living with his own two capable hands. He was perfectly capable without the need of any external help just like the rest of his village.

Homes that didn’t sit on stilts lent a clearer view to their occupants. A random assortment of clutter like a broken weighing scale and a motorbike were visible inside a home. It seemed empty except for the sounds of hushed laughter. Peering through a window, two young children took turns to complete a rubber puzzle of the alphabet.

Ahead of them on a small rocker, lay a baby swaddled tight and drinking from a bottle. A tiny hand peeked out and stretched from beneath the layers while a small rusty fan loomed over her.

Every now and then, her brothers rocked her gently. The added responsibility did nothing to deter their enjoyment.

They continued to play and laugh, as any child would do, perfectly balancing fun with duty.

Being ushered into the heart of Cambodia

Walking deeper into this obscure village, the warm and forthcoming nature of the people also became visible. Countless times, I a complete stranger, was invited into homes and allowed to roam about freely. A young 30-year-old mother insisted I call her Rumdoul and ushered me in when she saw me photographing her home.

“The house is a little messy now,” she said with a tone most hosts use when they fuss over guests. Of course, the home was anything but. It was large and spacious with neatly folded mats at one corner by the bed and a motorbike by another.

When she saw me staring curiously at the crib in the middle of the room, she whizzes past us to grab her 3-month-old daughter and practically hands her to me.

I tell Rumdoul I do not know how to hold a baby but she dismisses me and say with sincere confidence, “Yes you do. You can.” She went on to candidly express her disapproval with the new casino being built saying it could potentially ruin the tradition of the people.

Tradition and culture was a big part of Cambodians. Almost every home had a small Buddhist altar. The influence of western elements was minimal in the village (although I did see a highly photoshopped poster of Lauren Conrad once) so I could see why the casino worried her.

Before returning her baby and leaving her home, I wondered if I would have experienced this same level of graciousness and impartial conversation if I chose to start off my morning in one of the many popular boat tours along Tonle Sap.

At the village many small businesses like barbershops and makeshift stalls selling everyday knick-knacks were common. This was how many villagers made a living. Making my way back to the bridge, I soon saw groups of school children filling the streets with bicycles and sodas in their hands.

A few stood in front of a barber shop, obliviously engaged in conversation, as if the business was some sort of meeting point.

Inside, a small Apsara dancer figurine stood. Her hand sprang back and forth, like the Cambodian version of the fortune cat.

When the magic wore off

Reaching the bridge’s exit, I met my six barricades again. More school children streamed out with arms outstretched, holding bicycles in their hands. Making the long way back, I wondered why I even Googled “popular places to visit in Cambodia,” before my trip.

Clearly, a five day, or a three-night stay in Siem Reap could not give me what a morning in Kampot could. And that was the true soul of Cambodia, which was clearly embedded in her people.

Walking away from the bewitching lands beyond the bridge made me feel stupid like I was being cheated out of something.

The city beyond no longer held any appeal and any time in it seemed like a waste. Still, I had to leave and as if on cue, a man who saw my camera stood ramrod straight, smiling as he posed waiting for me to take his picture. Giving me a quick nod, he walked toward the village as I walked away from it.

Kampot is a sleepy seaside town just South of Cambodia. It is surrounded by breathtaking views and is home to the Bokor and Elephant mountains. Buses to Kampot from the main capital city of Phnom Penh depart each day at 7:30 am and midday around 1:15 pm from the central bus station near the central market. The journey takes approximately 4 to 5 hours and the best time to explore the town is in the early morning when it is less hot. 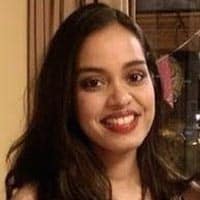 Manesha Pereira is a student at Nanyang Technological University in Singapore. The beat generation and Charles Bukowski are personal inspirations.