Everything You Need to Know: Aberdeen, Scotland

Aberdeen: Seagull Capital of the World

The city of Aberdeen teeters on the eastern edge of Scotland, locked into a never-ending struggle with the winds, that are trying to pull it into the North Sea.

Why go?
Because, against a picturesque landscape of fishing villages, hills, rivers and castles, the city of Aberdeen stands out as a mighty granite edifice. Cobbled streets and medieval architecture give way to a more modern city center that, thanks to the city’s key position in international oil trade, is full of excellent restaurants, places to stay and things to do.

Spring or summer, when the Granite City becomes the Silver City. Most of Aberdeen’s activities and sights are available all year round, but the city is at its best when sunshine appears and makes the granite sparkle. When the sun is out, the city shines.

Aberdeen’s days are under 7 hours long in the depths of winter, so you might not have much time to see anything anyway if you do go around Christmas.

Getting there:By air
Aberdeen hosts a large international airport. It is especially useful if travelling from Scandinavia but also accommodates flights from major European transport hubs like Paris Charles de Gaulle and Amsterdam Schiphol. A bus service regularly runs passengers the short distance between the airport and Aberdeen’s downtown area.
Travelers from more exotic locations can also fly into Edinburgh or Glasgow. These are well-connected to Aberdeen by rail and bus links and are charming locations to spend a night or two in as well.

Rail and Bus
The city can be easily reached by rail or bus from any other major town in Great Britain, though journeys from anywhere south of the Scottish border will be lengthy. The rail journey up along the east coast is worth experiencing itself. It takes in spectacular sea and countryside views, the Tay Bridge and old towns like Stonehaven and Perth along the way.

The town is served by an extensive bus service. A day ticket can be bought on the buses for £4 (£3.50 for students), which allows unlimited travel for a whole day. A family day ticket costs £8 (£6 at weekends) for a maximum of 2 adults and 3 children. Taxi ranks dot the city’s central streets and provide a professional and friendly service. Taxis are also a good opportunity to chat with someone speaking Doric, which is the local dialect of Scots and should have its own dictionary.

The city center is small, and most areas of interest can be reached on foot within 20 or, at most, 30 minutes’ walk. Aberdeen’s traffic makes cycling too dangerous to recommend to visitors. Numerous cycle paths out of the city into Aberdeenshire’s countryside are worth exploring, however, for the castles, nature reserves, national trust houses and forests that you can discover.

Renting a car may be the simplest option and would allow travelers access to Aberdeenshire as well.

On nights out, taxis are usually very busy and should be booked ahead, especially on Fridays and Saturdays. Night buses service some areas of the city on those days, but, otherwise, travelers might need to prepare for a walk back to their hotel or a long wait beside a taxi rank.

Much of the city’s best architecture is packed into an area that has been known for centuries as Old Aberdeen. The cobbled main street of the university campus is worth exploring for the well-preserved medieval buildings that line its way. Their ornate style betrays the university’s age as the fifth oldest in the English-speaking world.

Of the more modern structures that punctuate the campus, the new university library is the most impressive. It has been voted one of the 18 most beautiful libraries in the world, and should be visited for its own quirky look, and the view it offers of Aberdeen all the way to the beach. Visitors can also experience a delightful feeling of vertigo by looking down through the gigantic hole that gapes through every one of its 7 floors.

Just to the north of the university campus, travelers can visit the Brig o’ Balgownie, Aberdeen’s take on Hobbiton, and the twelfth-century St Machar’s Cathedral. Fans of the closing credits of Blackadder II might also enjoy Seaton Park thanks to its Renaissance-styled gardens and riverside walk.

Aberdeen has more unusual attractions per square mile than any city has a right to – as you might expect of a city that is reputedly one of the most radioactive in Europe.

Footdee (pronounced locally as ‘Fittie’, as every visitor guide will tell you) is a strong competitor for strangest. A fishing village that lies near the city center, Footdee has been largely untouched by the urbanization that has encircled it. The entire village was intentionally moved slightly to the south in 1808.

Some might point to the Zoological Museum, at the northern edge of the main university campus as a bit strange. But what’s so weird about animal specimens preserved in test tubes of fluid, rearticulated camel and whale skeletons, and stuffed tigers in glass boxes?
But the undoubted winners are the city’s many, many seagulls, which are the clearest evidence possible of the relationship between birds and dinosaurs.

As large as a not-very-small dog and possessing a lot more cunning, don’t even think about trying to eat a sandwich near the beach. The gulls will fight you for it. And win.
Activities

The city is well-served in terms of activities. It has several active watersports communities, a climbing and extreme sports center, a snow sports center, and several museums. Soccer and ice hockey matches can be cheaply attended. The city’s beaches drew visitors from all over Scotland before the advent of cheap package holidays, but have lost none of their appeal.

Really, take your pick, depending on your interests. But if you’re interested in golf, I’m sorry. Aberdeen only has 47 golf courses, amongst the most venerable in the world, and counts itself as the birthplace of the sport. That probably wouldn’t interest you.

It’s impossible to go wrong in Aberdeen, but amongst the best are:

The Braided Fig offers high-quality, seasonal, locally sourced food. It might be Aberdeen’s finest restaurant, and it’s some way off being the most expensive. Also, it is the only restaurant in Aberdeen to boast an indoor tree.
Lahore Karahi: a mid-priced option that serves excellent Indian food close to the city center. The Haleem (a meaty stew) and Nahari (slow-cooked beef or lamb with bone marrow) are especially good.
Madame Mews Thai Food is one of the cheapest restaurants in Aberdeen and one of the most delicious. Squeezed into the city center’s indoor market, Madame Mews boasts a wide range of Thai food that tastes as good as anything you can find in Thailand.

All the usual chain hotels are present, alongside a lot of very good B&Bs. The latter are often fully booked during weekdays, due to the oil trade, but a room can easily be found at weekends.

There is also a farmer’s market on the last Saturday of every month from which Aberdeen’s famous Angus beef can be purchased, alongside seafood, venison, rabbit, lamb and pork from the local area.

The city is great, but, all the same, leave it for a day or two. See Aberdeenshire and the highlands. See the castle from Braveheart or that inspired Dracula. Walk through the hills and valleys, along the sheer cliffs and into smugglers caves.

Between May and September, you can even take in the Highland games, which are traditionally attended by the Royal Family in Braemar. 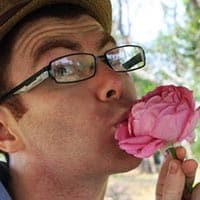 Declan Taggart lives in Aberdeen, where he has just finished a PhD in English. You can find him at @NonsenseThunder.