“Why are we going to Newark?” Sari asked as we approached Broad Street. Are you in for a surprise, I thought, confident that Military Park, the first stop on our downtown tour, would deliver.

With a recently completed $3.5 million makeover of the park, residential towers going up on Broad Street, and retailers like Whole Foods all in place, downtown Newark has more to offer than ever.

But few would expect to find chess, poetry, a monument by a famous sculptor, and a host of things to see and do within a couple of miles.

At Military Park, little kids can manipulate soft playground equipment while older children and adults can play board games or ping pong or visit the “reading room,” a nook stocked with newspapers, books, and magazines that silently urge passersby to sit awhile.

“This is really nice,” Sari said.

Find Hotels and Airbnbs in Newark

So nice that the state chapter of the American Planning Association just named Military Park one of New Jersey’s “great places,” adding that it has gone from “a worn-out, wasted space” to downtown’s “outdoor living room.” Ben Donsky, who led the redevelopment and is VP of the partnership that runs the park, thinks of it as Newark’s town square.

Reasons to Use Urban Parks

“Urban parks are there for people to use, and we need to give people reasons to use them,” Donsky said. So the park’s calendar is packed with activities: tai chi, author talks and tours at lunchtime; instruction from members of the Newark Chess Club between 4 and 5 pm; line dancing, poetry readings and occasional concerts in the early evening–and family yoga on Saturdays for as long as the weather holds out.

Whether you take the NJ Historical Society’s guided tour or stroll through the park yourself, you can’t miss the monuments. Cannons on the south end bring to mind its use as a training ground for soldiers in the 17th century; a bust of JFK, high on a pedestal, sits nearby.

To the north are statues of two men—a war hero and a legislator—with Newark connections. A colossal bronze by Gutzon Borglum of Mount Rushmore fame takes center stage.

“Wars of America,” erected in 1926, features 42 people, including Borglum himself and his wife and son, and two horses, with an 80-yard Tudor sword at its feet—a representation, Borglum said, of a nation “answering the call to arms.”

Originally used as a reflecting pool, the sword lay dry for 20 or 30 years, Donsky said. “So we decided to repurpose it as a floral display.” When the flowers wither, it will be filled with evergreens and lights—ample reason to return for a winter visit.

Leaving the park, Sari and I crossed Broad Street and walked less than a half-mile to our next destination: The Newark Museum at 49 Washington St (the suggested entry fee is $12 for adults and $7 for children, seniors and students; Newark residents pay no fee).

While Sari grew up in a New Jersey suburb and visited the museum once years ago, she, like many others I’ve talked to about it or brought here, had no idea of its scope or size. “Isn’t it small?” asked my cousin Harriet, a lifelong New Yorker, when I suggested devoting several hours to a museum visit.

Since 1926, when the museum moved here from the library down the street, it has expanded in various directions. Additions include an old YMCA to the south; the Ballantine House, a restored mansion that was home to the eponymous brewers to the north; and a third building to the west. A redesign by the architect Michael Graves deftly connected all the pieces.

All told, the complex has some 80 galleries, with major collections of American, African and Asian art and antiquities;  Halland planetarium, currently featuring companion programs about comets, asteroids and meteors; and a one-room schoolhouse, fire museum, and sculpture garden in the rear.

The museum’s Tibetan collection, begun with a 1911 purchase from Christian missionaries, is one of the oldest and most comprehensive.

If you don’t have time to fully explore the Tibetan galleries, take a few moments to view its star attraction: an authentic Buddhist altar consecrated by the Dali Lama (or go to the museum website for a virtual tour).

For me, standing quietly in front of the lavishly patterned altar, created by a Tibetan painter who was an artist in residence in the late ‘80s, is a form of meditation. At its center sits a Buddha in a yoga pose, surrounded by offerings of fruit, flowers, water, and lights.

The next stop—the main branch of the Newark Public Library at 5 Washington St—harkens back to a time when the city itself was well off. From the outside, the library appears stately and austere.

Enter and you quickly realize it’s museum-like. Pause in the vestibule to see the bronze and marble sculptures. Then walk in and look around—and up. You’ll see multiple arches, a sweeping marble staircase, and a central atrium, topped on the fourth floor with a stained glass lay light. The building, dedicated in 1901, was designed to resemble a 15th-century Florentine palazzo.

The second floor features a glass-encased gallery, exhibiting the works of an African American book illustrator on one visit and the foods of Latin America on another. A triptych, “The Fountain of Knowledge,” covers the wall opposite the stairs.

The mural, which shows the Greek god Apollo dispensing water from the fountain, was commissioned in 1927, but covered by wood panels for decades. The reason?

No one is sure, but some say it was because of objections to the nude figures. “Rediscovered” in the late 1980s, it has remained unveiled and proudly naked ever since.

My favorite place in the library is still the children’s room, tucked to the side on the first floor and looking just as it did when I was a kid. But Sari loved the dramatic interior design.

“What a great place to sit and read,” she said, noting that she had added it to her shortlist, along with the Library of Congress and the New York Public Library, of libraries worthy of a return visit.

By now, it was time for a snack. With the opening of The Burg, the restaurant charged with bringing happy hours, gourmet burgers and salads to Military Park, delayed until the end of the year, we set off for the Ironbound.

Named for the railroad that borders the district, it’s a gritty Portuguese and Latino neighborhood with crowded streets and dozens of restaurants and bakeries. Iberia Peninsula, a favorite of mine, is on Ferry St, the district’s main thoroughfare, about a half-mile east of Penn Station.

The portions are huge, so two can easily share an entrée and a couple of appetizers. Or, if you’re a meat lover, try the rodizio and watch the waiter shave meat off long skewers and pile it high on your plate. For dinner on a recent visit, I ordered mariscada in green sauce and my husband had bacalhau, salt cod, served with fresh-baked bread, salad, and a pitcher of sangria—and took home enough food for another meal.

We skipped dessert, opting instead to browse in the shops, then stop at Nova Alianca, a bakery a block or two away. Two delicious cream-filled,sugar-dusted pastries or tarts and coffee will cost about what you’d pay for a single dessert at the restaurant.

If it’s entertainment you’re after, downtown Newark offers several choices. On Friday nights from 7 to 11 pm, you can listen to jazz at The Priory—a club housed in an old Catholic church on West Market St about a mile and a half from Military Park.

Call 973-242-8012 late in the week for the lineup. Reservations aren’t required and there’s no cover charge, but you will be expected to order drinks and light bites from an appetizer menu.

The New Jersey Devils in Newark

Another option: See a hockey game or rock concert at Prudential Center, home of the New Jersey Devils, a few blocks south of Military Park. Or see what’s happening at NJPAC, elegant but understated in brick, exposed steel, and glass.

“An iconic marble monument to culture was not going to cut it,” said Lawrence Goldman, president of NJPAC from its inception until 2011.“It had to be the people’s art center.”

In thinking about putting a performing art center in the city, Goldman recalled, “we had a double problem—persuading suburbanites that they could enjoy a cultural experience in Newark and convincing Newarkers that it was relevant to their lives.”

They succeeded in doing both.

Also on the agenda are outdoor concerts in the summer and jazz brunches at Nico Kitchen & Bar, the sleek restaurant at NJPAC.

The revitalization of the area was part of the mission from day one, Goldman said. With plans for One Theater Square, a residential and retail tower adjacent to NJPAC in the works along with other downtown upgrades, that goal is finally being realized. 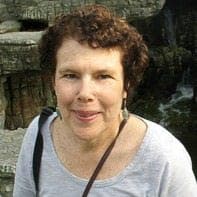 Helen Lippman is a freelance writer based in Montclair, NJ. She was born and raised in Newark, which is still her favorite city.