The Joseph Stalin Museum in Georgia

Even before we reached the grim industrial city of Gori, my friends on the bus were talking about how much they wanted to see the museum there dedicated to its most infamous son, Josif Vissarionovich Dzhugashvili.

When we got there, Joseph Stalin’s light green private rail car was what we saw first. He was afraid of flying and used this to travel everywhere.

The railcar, though, has none of the grandeur you might see in a car owned by an American robber baron–instead it’s a somewhat austere narrow space with small bunks for servants and a moderately larger bedroom for the Big Ma 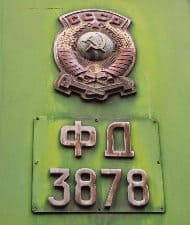 n. Around the corner were the imposing columns that marked the museum building, which was built between 1947 and 1955, on the site of twelve inhabited city blocks.

These were all razed, with the exception of one tiny house, his birthplace, that was covered by a huge metal and cement roof to preserve it for eternity. Inside this little house, actually only the left half, lived the boy until he was four with his mother and his shoemaker father who practiced his trade in the tiny basement.

Inside the museum, guards stared at their iPhones like the rest of the staff did, some watching Korean movies on iPads while the trickle of patrons viewed the dimly lit exhibits of black and white photos.

The museum was started in 1951, ostensibly as a local history museum, but when it opened in 1957, it was instead a monument to Russia’s famous iron-fisted leader.

In the aftermath of the 2008 South Ossetia war, when Russia annexed a Georgian province, Georgia’s Minister of Culture announced the Stalin museum would be reorganized into the Museum of Russian Aggression in the nearest future.

In recent years a banner was placed at the entrance stating: “This museum is a falsification of history.

It is a typical example of Soviet propaganda and it attempts to legitimise the bloodiest regime in history.” However, on 20 December 2012, the municipal assembly of Gori voted to put an end to plans to change the museum’s content, so it will remain a profile of one of the world’s most evil individuals.

There aren’t many lights in the big hall with the photos, it’s difficult to read the text and see the pictures. A friend who has visited Georgia many times said that part of this is funding–few locals would ever set foot in here let alone pay admission.

He explained that there is not much funding for a hated dictator who sent so many Georgians to the gulags after continuing to run their country.

After reviewing his revolutionary work with Lenin and seeing some of the gifts many lights in this underfunded museum to a very unpopular leader in Georgia.

The guide who took us on a tour read a rote script from memory, pointing to photos of the young murderer-t0-be in the school chorus and after he left Gori to become a revolutionary against the ruling family and imprisoned. We learned later that not only was a gigantic statue of Stalin removed in the dead of night from the main town square and put in storage, it will someday be mounted on a pedestal outside the museum instead of in Gori’s main square.

Much of the hammer and sickle emblems and other Soviet era characteristics in the museum were removed several years ago.

Our guide told us about when Stalin’s own son was taken prisoner by the Germans in 1944, Hitler offered to swap the young man for a group of German field marshalls.

Stalin replied that he had thousands of sons fighting the war, they were all like sons to him, so how could he do that? His son died in the prison camp. His second wife committed suicide in 1932, his first wife died one year after they married from typhoid.

There was no time or chance to ask questions of our stern matron, and she recited the history without any emotion or references to the burning issue of how terrible the The museum shows off some of the gifts heads of state presented to the USSR leader over the year, such as swords, pipes and ceramic likenesses, the tour ended up in the basement.

There we found out a portion of the truth about what the man did for his country.

Here you can see numbers that represent the men and women of Gori who were sent to death camps or just murdered, including a desk that might have been where a Soviet party official would declare

In another room was a prison cell, with a realistic barred doorway and tiny bunks and a backdrop next to it showing a man pointing a gun.

“We acknowledge that many mistakes were made, ” said the guide, pointing to the macabre display. It was an impressively minimal amount of attention to pay for a career that killed so many millions and induced the terrible famine which wrought such terrible pain in Ukraine and other parts of the USSR. But at least it is a start.

In the aftermath of the 2008 South Ossetia war, when Russia annexed a Georgian province, Georgia’s Minister of Culture announced the Stalin museum would be reorganized into the Museum of Russian Aggression in the nearest future.

In recent years a banner was placed at the entrance stating: “This museum is a falsification of history. It is a typical example of Soviet propaganda and it attempts to legitimise the bloodiest regime in history.”

However, on 20 December 2012, the municipal assembly of Gori voted to put an end to plans to change the museum’s content, so it will remain a profile of one of the world’s most evil individuals.

For anyone who studies Soviet history or is interested in the topic, there is a place to stay about 30 minutes from the museum that is a fascinating relic. It’s the Health Resort Tskaltubo.

It’s the TSA Spa and Resort, which used to be a sanitorium for Soviet Naval officers. Only the military was allowed to visit this large series of buildings where the highlight is radon-infused baths where people went in for medical reasons.

Those with cancer and sensitivity to radiation are advised NOT to go near these waters.Stalin kept his own private bathhouse down the road to take in the radioactive waters himself.

Other Soviet leaders visited the gigantic spa, and no Georgians enjoyed the priviledge until the end of the Soviet occupation in 1991. Today, it’s being slowly improved a bit at a time and is a popular

inexpensive vacation spot for guests from Ajerbajan, Turkey and other neighboring countries.

The complex is vast, and it’s shaped like an anchor, with a giant collonadded dining room and downstairs, a well preserved former bar where admirals and captains used to listen to LPs and drink vodka. Cold war communications devices and uniforms make this a fun time capsule to visit. Paliashvili Street 1, Tsqaltubo 5400, Georgia