Mongolia: Wrestling and Drinking with Nomads

Shamanism and Shots: What I Learned on My First Day with Mongolian Nomads

my Mongolian guide whispered. “I’ve never met one but I’ve heard stories,” he rasped. Only an hour’s drive from the capital, Ulaanbaatar, I found myself in an entirely different world.

Foot-long brown and black eagle feathers protruded from the top of the woman’s headdress. Pencil-thin black ropes hung from its headband, forming a curtain that veiled her face and added to her mysterious persona.

The shaman looked on as relatives walked clockwise around an ovoo; a traditional shrine made of a pile of large rocks with a pole jutting upwards from the center. “They’re paying respects to the Mountain Spirit,” Erdene said. “He watches over the valley where the family’s herd spends the summer.”

Like various Native American tribes, with whom many Mongolians believe they share common ancestors, Shamanists practice a form of animism. Among the deities they worship are those of the land, sky, fire, and water. Repressed by 20th century Soviet rule and threatened by new belief systems from the West, Shamanism still forms a cornerstone of Mongolian spirituality and culture.

Ovoos dedicated to spirits overseeing the endless hills, mountains, and valleys can be found throughout the countryside.

Tip: It’s generally expected that visitors to Mongolia participate in traditional rites. In fact, it may be obligatory so as not to risk bringing misfortune to one’s hosts. Don’t be too nervous about following protocol. In these situations most Mongolians are very forgiving of foreigners but greatly appreciate respectful participation.

Tip: Mongolia tends to be a request-oriented tourist culture, so don’t hesitate to ask your guide or hosts if you want to participate in certain activities. For example, many ger camps have plenty of shagai on hand but you may need to express your interest before they appear.

Suddenly, gasps arose from the relatives. The presiding shaman, who’d disappeared into a ger, emerged wildly shaking a rattle and dancing rhythmically. Aunts, uncles, and cousins quickly surrounded the woman with outstretched arms as she spun.

“If they don’t catch her the Spirit will leave and she’ll have to go into a trance all over again,” my friend said.

As the shaman careened out of control, two sturdy male relatives managed to get their arms underneath her armpits before she hit the ground. They quietly but swiftly brought her to a cross-legged position in front of the ger’s entrance. The family’s eldest male shortly appeared from the tent with a large platter of cheese, cigarettes, and vodka to offer to the ancestral spirit. One by one the relatives prostrated before the seer.]

“The shaman tells their fortunes and they can ask her questions about the next year,” my guide said. “It’s your turn!” he nudged me in her direction.

Tip: Meeting a shaman can be difficult to arrange as a foreigner, as most package tours do not include the opportunity. However, if you’re interested in meeting one ask your guide or tour operator

Somehow, I downed the entire cup. Small driblets streaked down my face. I wiped them away with my sleeve. Strong!

The old men, eyes wide with near disbelief, erupted into laughter and patted each other on the back. One gave me the thumbs up in approval as they chatted animatedly in Mongolian. My cup was quickly refilled. Oh dear.

Tip: Especially in the countryside, masculinity is often believed to be partially dependent on one’s ability to drink vodka – which is ubiquitous and incredibly cheap. Be conscious that there is a balance when visiting Mongolian families. Refusing an offer from a host is extremely rude, but you certainly don’t have to try to be a hero! When determined, Mongolians will always out-drink you.

My host father brought a giant metal bowl into the ger, placing it on the grassy ground. The gamy scent of boiled goat filled the tent and the whole family squeezed in, filling nearly every inch of space. Several buck knives materialized and the feast began!

A middle-aged man wearing a navy windbreaker cut off meat from  the ribs and long bones. Several older women passed around fatty chunks of goat with their hands, skin still attached. No plates, utensils, or hand sanitizer here!

The meat was a bit rubbery and without seasoning but its freshness and my appetite more than made up for it! My hands and face were quickly covered in grease as I gnawed at the long bone handed to me. Messy but very satisfying! ]

Tip: The Mongolian traditional diet generally consists of meat, dairy, and blood products with very few fruits and vegetables – the harsh climate of the sub-Siberian steppe have prevented sedentary agriculture from being practical.

As a guest, it’s expected that you will try everything, and I mean everything, offered. Refusing to do so could be a great insult. But don’t worry! For those with queasy stomachs or dietary restrictions, there are tour groups that accommodate all types of food-related requests – but be prepared to pay more. Discover Mongolia is a tour company with a great reputation for working with host families to meet dietary restrictions or preferences.

Later, the family watched outside as two young relatives slowly circled each other, fighting for hand position. They tied up, grasping each other by the elbow and the nape of the neck. In a flash the stockier nomad shifted his weight and, pivoting at the hip, threw his cousin to the ground.

“Have it your way, but be careful!”

I was thrown (and I mean thrown!) by four different men in progressively shorter matches. After my final challenger tossed me, my host father helped me to my feet. Several beaming family members approached to congratulate me on my butt-whupping.

Tip: Wrestling, along with horseback riding and archery, is one of Mongolia’s three manly sports. Participating in these traditional (and potentially risky) activities is not generally expected of guests but hosts will be thrilled by the enthusiasm of visitors interested in learning about these activities. My advice is to ask to see a demonstration!
…
How to get there:
By Plane:

From North America, Air China and Korean Air often have the most frequent and cheapest flights to Ulaanbaatar via Beijing and Incheon, respectively. Both airlines generally ticket code with MIAT, the Mongolian national carrier. I recommend Korean Air for comfort and ease during the layovers – Beijing’s airport can be a nightmare!

Recently Hunnu Airlines opened up a direct route to and from Bangkok which is a bit pricier but very convenient if traveling from Southeast Asia.

From Europe, Turkish Airlines often has the most affordable routes via Istanbul.
By Train:
An ovoo looking over the capital city of Ulaanbaatar. If you have more time consider taking the train from Beijing or Moscow to Ulaanbaatar! Buy tickets early because during peak tourist season (May to September) they sell out fast! Try these companies for buying tickets:
www.traintomongolia.com/
www.discovermongolia.mn/train.php
www.travelchinaguide.com/essential/railway.htm
www.transsiberianexpress.net/trans-mongolian-trains.html

Multi-day ground transit VISAs through China and Russia are available but start researching and planning early. If going through Russia you’ll need a detailed itinerary and reservation confirmation for each stopover!

Where to stay in Ulaanbaatar:
Hostels:
Backpackers will find a variety of affordable guesthouses with convenient locations to choose from:
www.goldengobi.com/
www.mongolia-travel-hostel-zaya.com/
www.ubguest.com/
Dormitory beds generally cost $5 per night while singles cost around $20.

Hotels:
Travelers with larger budgets have several high-quality accommodations to choose from in the city center:
Hotel Blue Sky
Best Western
Ramada
The Kempinski Hotel has the reputation as the best hotel in Mongolia:
Accommodations at these establishments start at around $140 a night.

How to get to the countryside:
Most hostels and guesthouses offer great out trips for reasonable prices. However, they’re not as comfortable or reliable as these established organizations (but be prepared to pay more):
www.discovermongolia.mn/ 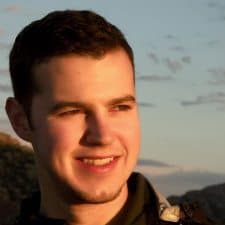 Peter Bittner is a travel writer and photographer from Acton, Massachusetts currently on a Fulbright English Teaching Assistant Scholarship in Ulaanbaatar, Mongolia. Read his blog here.