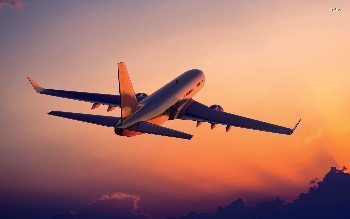 Buy airline tickets on Layaway, and Pay by the Month

For decades, the term “layaway” was only tossed around during the holiday season. Big box stores wanted to make it easier for shoppers to pay off expensive presents over time. But what if the “layaway” concept was applied to paying for airline tickets? With Airfordable, it is a reality.

The idea for Airfordable, a start-up based in Chicago, started with founder Ama Marfo’s dream to want to make air travel more affordable for young people like her. A Drexel University graduate, Marfo is originally from Ghana and on school breaks would have difficulty being able to pay for plane tickets to go back home.

When she graduated, she and her friends saved up and took a trip to Ama’s homeland. She describes it as an eye-opening experience for her friends who knew little about what exists beyond American shores.

“My friends had so much fun and they couldn’t believe how much they enjoyed Ghana, it was their first trip abroad and they realized what they had been missing,” said Marfo. “A couple of my friends didn’t come because of the money, and that’s when I knew that I wanted to help solve the problem of expensive plane tickets for college students and young adults.”

Marfo began testing her idea with her target audience: college students and families. She sees both of these groups as needing the service that Airfordable will provide. 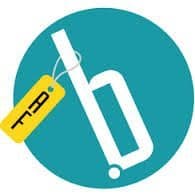 According to Joe Cortezo, of Frugal Travel Guy.com, this service would be helpful for someone working to recover credit score or trying to remain within a pre-set budget plan and avoid splurges.” – USA Today Travel

As of right now, those who sign up by visiting Airfordable.com are only able to book domestic and international flights under $2000, but for a limited time. They’ve had an influx of travelers book flights to Iceland, Morocco, Italy, San Francisco, New Orleans and other places for under this price point so far. The company has plans to remove the price threshold later this year.

Co-founder and CEO Ama Marfo noticed a recent hike in sign-ups. “We started out with a $500 per ticket price limit only to come across an increase in sign-ups and user feedback requesting a higher price point. So, we strapped up our platform to handle trips under $2000 for a limited time. The response has been great so far.”

“Being young is the right time to travel, you don’t have a lot of obligations,” said Marfo. “A lot of younger people don’t see the value of traveling outside of America and I think a lot of that has to do with how expensive it is to do so.”

Airfordable’s service is simple. Customers identify what flight they want to take and take a screenshot of it on any travel search website or airline site. After this, they come to the Airfordable site and upload their screenshot. Airfordable shows them a monthly and bi-weekly payment plan to which they can select the one that fits their budget. Then they pay a 30% deposit to book it and pay the rest according to their payment plan schedule before their travel date. Airfordable works directly with the airline to secure the customer’s specific flight. The customer receives their e-ticket from the airline directly after making all of their payments.

Tickets have to be booked at least two months in advance and must be paid off two weeks to a month before the departure date. Customers can choose from three, six, or nine-month payment plans. The best part about Airfordable is that no credit check is required, making this truly an option for everyone regardless of their financial footings. Flights are covered for up to $2000 and under.

“At its core, Airfordable is all about making travel possible for everyone. Whenever I’m on travel websites I always see recommendations of where to go, but never anything about how to pay your way there. Airfordable is the solution to that problem and pain,” said Marfo.

Like any start-up, Airfordable is testing out its idea on the people who it wants to reach: college students. Airfordable will be partnering with international students from the University of Southern California who will act as beta users. These students will all be international or study abroad students who will be booking travel to go home over breaks or at the end of an academic semester.

“I already have over 500 people interested in Airfordable, and from talking to others I know that this is a service that is desperately needed,” said Marfo.

Struggles of a Start-Up

The concept of Airfordable seems like a no-brainer. Who wouldn’t want the option to pay off their airline ticket over time while still having a reserved seat? But Marfo believes there may be a reason why this great idea isn’t already out there helping people afford to fly.

“Airlines give more thought to business travel than to leisure travel,” said Marfo. “That’s where the money is for them, but we’re starting to see more airlines start to pay more attention to leisure travel as it’s been increasing in recent years.”

She also added that more forces are working against affordable air travel than business professionals.

“The commissions that airlines get from hotel bookings are currently more lucrative than flights, so it makes sense for them to want to focus more on hotels than offer better, cheaper incentives to book a flight,” said Marfo.

Marfo believes she can show the airlines that her vision for affordable air travel for all is something that can make them money and become a lasting investment with huge payoffs.

Starting any company is not something for those who cannot be adamantly committed to his or her idea. Starting a business requires passion and need, both things that Marfo possesses. With the economy doing better, she advises young, aspiring entrepreneurs like herself to dive in and take a stake in the travel industry.

“Now’s the time to get your ideas out there and test them with potential customers. The market’s getting better, but it’s still hard,” said Marfo.

One of Airfordable’s biggest challenges with breaking into the travel industry is acquiring the technology that’s needed to run a 21st-century travel start-up.

“The software that’s standard and needed is so expensive, and this definitely hasn’t been easy but it’s what I am passionate about,” said Marfo.

Being a start-up, there are also some perks that Marfo and her team can enjoy. They have flexible hours and the ability to build something that has the potential to change how people perceive air travel and even the possibility of travel. Having a small team is important to building a quality product, according to Marfo.

“My team is excellent and extremely helpful with any ideas I bounce off of them. We work together so well and they’ve made the process of forming our goals and mission easier and more fun because we all want the same thing for people to no longer to say ‘no’ to taking a trip simply because they can’t afford to pay the plane ticket,” said Marfo.